As one of the more diverse states in terms of geography and topography ...

As one of the more diverse states in terms of geography and topography, the US region of Colorado is known for its national parks and modern cities. The state is especially famous for its Rocky Mountains, however, much of the eastern part of the region is dominated by a unique grassland that extends across the American continent. 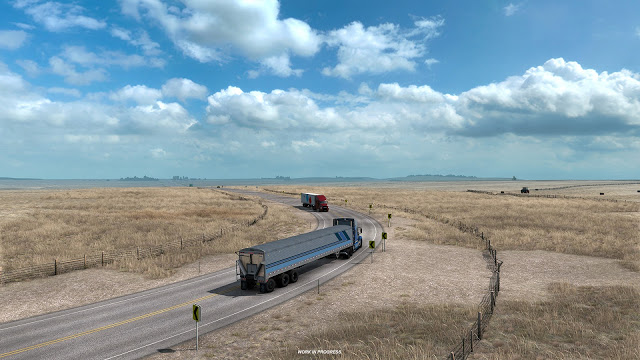 From Northern Canada to Southern Texas, the Great Plains is an area that stretches more than eighteen hundred miles from north to south and more than five hundred miles from east to west. Today, much of this expansive prairie is used for agriculture that produces dozens of food and fiber products.

Wheat, barley, canola, corn, cotton, sorghum, and soybeans are just a few types of crops and produce planted and grown by farmers in the Great Plains; but that's not all! This large expanse of land is also perfect for grazing livestock, the majority of them being pigs and cattle. 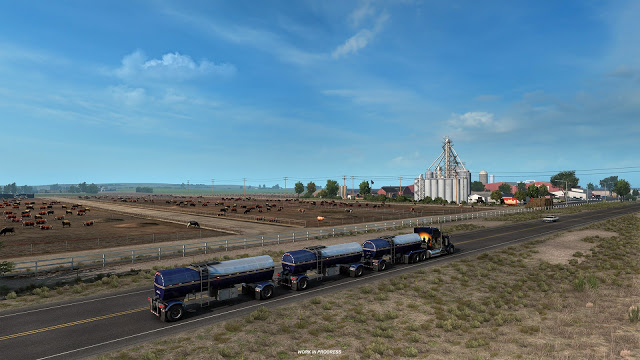 In Colorado, nearly half of the states 66 million acres are dedicated just to farms and ranches, which makes it one of its largest industries. Drivers in our upcoming DLC will be sure to play a key role in contributing to this important economy and exporting the states produce across the states. From hay bales to farming equipment, truckers will be the backbone of making sure this important and large industry in Colorado keeps on moo-vin'!

If you think that Colorado for American Truck Simulator will be plain amazing, then be sure to add it your Steam Wishlist!