The Fifth Expedition - A blend of real time strategy, dungeon crawler and survival game, set in the distant aftermath of a world ending catastrophe. Now on Greenlight

The Fifth Expedition has entered the Greenlight adventure level.

In the aftermath of a world ending catastrophe, the survivors found shelter in and around large production facilities. These remnants of the old civilization were built over the course of several decades and automatically output regular supplies of food and water.

3 generations after the end, the community that sprung up around one of these is put in danger when their facility suddenly stops its output.
Forced to send people into the largely unexplored depths to figure out what went wrong and, most importantly, get it working again, they select the best of their best, armed with everything they could possibly need in terms of supply and gear.

After that first group is never heard from again, and the next 3, less well staffed teams also entered and never returned, they turn to their last hope.

A team of whoever was left, supplied with a bare minimum and equipped with whatever the prior teams deemed unfit for use.

We'd appreciate it a lot if you could help us out by voting for us. 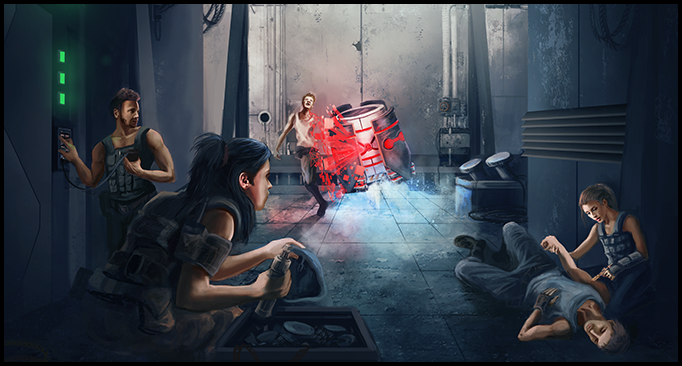