In the 100 years after the end of the world, the survivors and their descendants have settled in and around old, but still functional, production facilities for food and shelter.
When one of these ancient machines breaks down, the community that had settled around it sends out expeditions into the unexplored depths of the facility to try and bring it to life again.
The first 4 of these expeditions have never been heard from again, and the machine continues to stay silent.
Now, with barely any manpower or equipment left, the fifth expedition is the communities last hope for survival.
As the leader of the Fifth Expedition, you will have to overcome the dangers within the machine and guide your team of explorers safely through its treacherous depths.

Thanks for voting and helping The Fifth Expedition on it's quest to become the 2021 Indie of the Year. You are now in with a chance to score some free games. Help this game secure more votes by embedding the widget (or link) we have included below on your favorite sites. 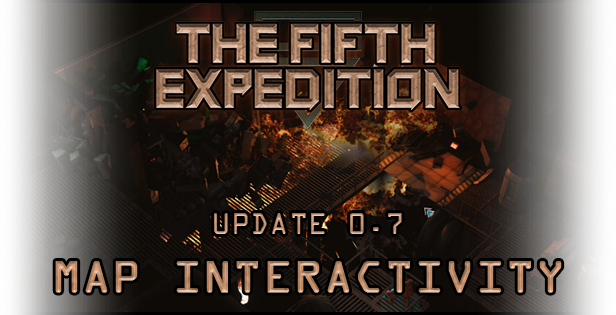 Kickstarter failed and it was our fault. But we made it to Steam and we are working hard to build a enjoyable game! And Testers seems pleased so far...

The Fifth Expedition - A blend of real time strategy, dungeon crawler and survival game, set in the distant aftermath of a world ending catastrophe. Now...

This time around we've done a lot of things under the hood. Most importantly, the alert system. The game now keeps track of the alert level within each...

looks nice. I will check it out.