Introducing the Cyberpunk character archetype and a brief look at how development will proceed.

"You've got the wrong idea about the Cybercult. We were never many. A few thousand at most. Corpo employees, tech students, the odd machine smith, all just a bunch of usual cypherheads. Only thing keeping us together was the idea we could beat the system, if not in real life then on the net. That was the whole premise: stay anonymous and beat the system by refusing to follow it."

Representing a player character who's grown weary of the endless cycle of corporate greed and religious tyranny, the Cyberpunk archetype is a fiercely independent pariah who chose to shuck social norms and instead pursue truth and justice on a habitation platform devoid of either. Knowing that no institution or corporation can be trusted, the Cyberpunk prefers to act alone, relying on cyber technology to strike hard - and cryptomantic algorithms to hide their tracks. 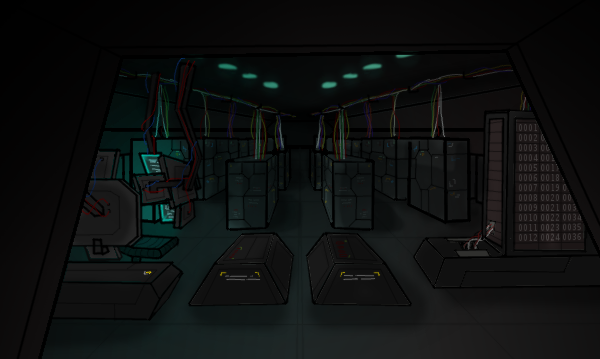 "We's all had it tough since the Cult's gone backwards..."

By implication, the Cyberpunk is closely tied to the Cybercult, a loosely knit association of technomages and cryptomancers who've dedicated their lives to resisting the status quo through virtual and the occasional physical act of vigilante justice - or anarchistic terrorism as authorities would deem it. Though somewhat weakened of late, the Cult and the cypher culture it's spawned on Scaffold 22 are still strong, and the Cyberpunk will quickly learn to make use of these connections as they pursue their personal brand of justice - be it by exposing the plot's central conspiracy for all the galaxy to know, or simply punishing those who deserve it by whatever means they deem appropriate. 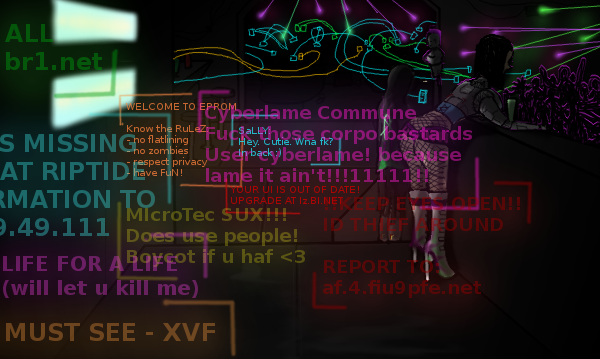 Moreover, as a former abomination hunter, the Cyberpunk has acquired a wealth of combat skills otherwise seldom found among Cybercultists. They can not only go head to head with the best mercs the Hegemony's assets can buy, but they can also make use of their sanctioned status to circumvent hurdles the average citizen of Scaffold 22 would be unable to overcome.

Coupled with the Cybercult's access to advanced technology and cybernetic augments, the Cyberpunk is a force to be reckoned with, and quite possibly the Cybercult's most valuable asset on Scaffold 22. They're not without their faults however, and constant exposure to the dirty little secrets of the world they live in is more than likely to leave the Cyberpunk cynical and jaded. After all, how important is the noble goal of truth and justice in a world that seems to care nothing for the concepts? 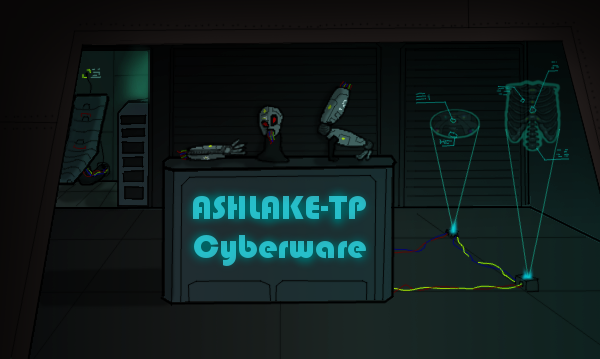 The Cyberpunk's dedication to their cynical brand of vigilante justice and crypto-anarchism is represented in their InZtinct sheet, which groups skills into three loose categories:

Having realized the only brand of justice that matter is the kind dispensed in cold blood, the Vigilante has honed their skills with sidearms, assault rifles, and even exotic weapons such as arc-blades to perfection. There's no cure to corruption like a swift kill - and a cynical smirk.

All too aware that momentum and anonymity are the key to success, the Technomancer has devised a technological solution for every problem they might face in the field - from the social engineering attack that gets them inside to the virus that wipes all trace of their presence after.

Suspicious and slow to trust, the Hunter-Killer has decided that the best way to survive Scaffold 22 is to be the meanest cyborg on the block. After all, almost every social problem can be solved with a good pistol and enhanced vision - or, failing that, a clenched power fist to the face.

Regardless of how the Cyberpunk makes use of the skills and technology at their disposal, one thing is certain: they're best off alone - and not telling anyone who they're really in league with. After all, transhumanism isn't exactly endorsed by the Church of Eden and association with the Cybercult is grounds enough for a full criminal investigation. Even if it weren't, you can't trust anyone when the Hegemony can buy anyone's loyalty. Anywhere. At any price. 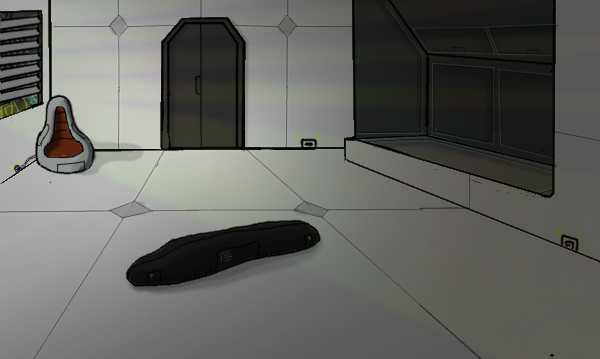 ...and when loyalty isn't for sale, this happens

Just last week, version 0.7 released, complete with a lot of new content - and the usual long list of unfixed bugs. And after every release I seem to write the same sentence: they will be fixed in future. And there'll be more art. And missing content will be added. And and and... well, this time around that's actually true, because there will be no more major content or feature additions to Scaffold 22.

Which could mean the game is finished, though that isn't the case. For the first time since Scaffold 22 was launched, there's time to work on refining existing mechanics and adding features to polish off the experience.

A good example of such a feature is 'Sub-Null' interference; basically a horror game-esque UI screw that occurs when the player is near something unsavory. This isn't just a visual gimmick though. It's coupled to an ambush mechanic which allows certain abominations to attack the player without a combat prompt, stealing their first strike - an addition that makes abominations considerably more dangerous as the game progresses. 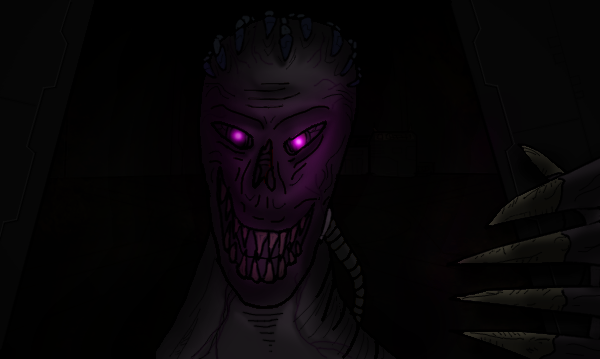 A number of other features and mechanics are being worked on too, such as UI feedback in combat and while navigating the game world to denotes the player's physical state - i.e. intoxication makes the UI bar sway slightly. Combat balance is finally being worked out in detail. Gear upgrades are getting fleshed out. There's also considerable effort going into tweaking and illustrating scenes and actions that previously lacked a visual flair. 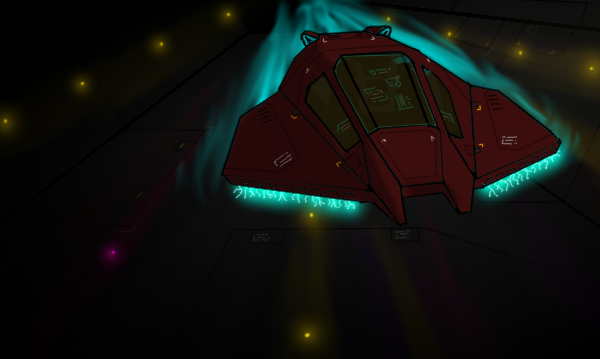 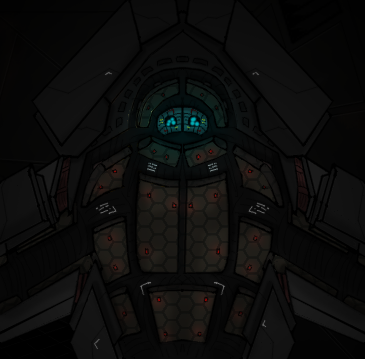 In previous iterations, content and gameplay experience were expanding a little too fast to focus on detail. Now that content is more or less static, there's finally time to figure out what touches are needed to improve the quality of Scaffold 22 in all those regards which were previously ignored. The goal is to present the best story and gameplay experience that is possible given the medium, and preferably eliminate all those game breaking bugs which keep cropping up.

There's still a lot to be done, but development has reached the final phase - and Scaffold 22 is getting closer and closer to becoming more than just a glorified text adventure. I'll be the first to admit I never thought this day would come. But this project is getting very near to the illustrated RPG it's supposed to be, and the plan is to wrap it all up before the end of the year (hopefully before funding runs out - seriously, if anyone wants to lend a hand there, I wouldn't mind, but that's grasping at straws).