The new map – the Tactical Aerodrome, Kosugy-1 – is under development. In the first part of our developers’ diary, we present you with a small taste and description of the Beyond The Destiny universe map, which your character will face.

But before we should you pictures of the map, it pays to get to know the backstory of the airport, so you get an idea of the atmosphere that are our team are working on. 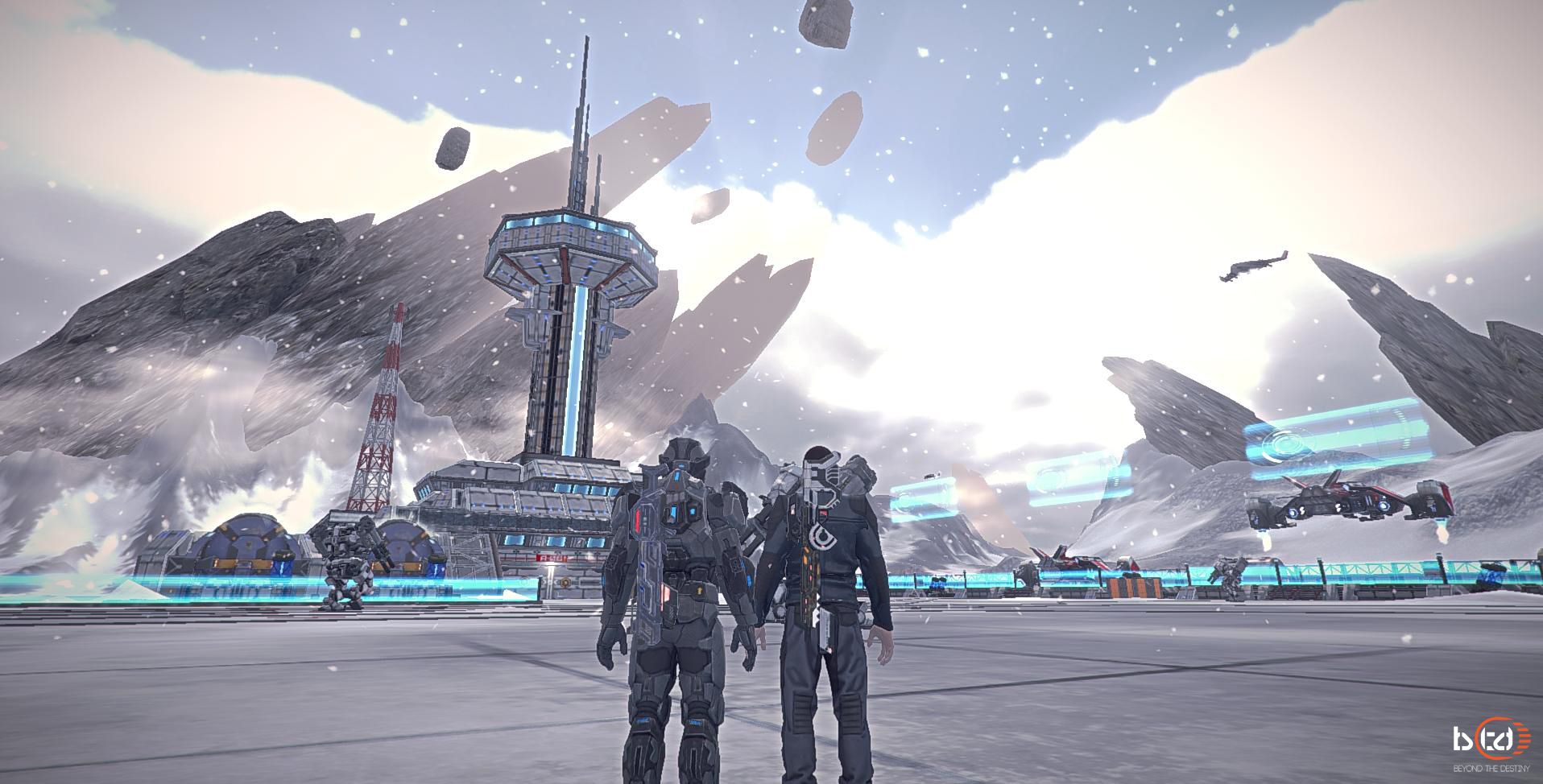 The history of the Kosugy-1 Aerodrome.

The events unfold on the surface of the Raynon satellite of the planet Daidon- a gas giant, part of a planetary star system in an unexplored part of the Universe. As the events play out, Raynon is colonized by a faction that has built its own colonial Luxurite mining facilities and platforms there. However, some time later, members of enemy faction arrive who make an attempt to forcefully seize the existing infrastructure of their opposing faction. 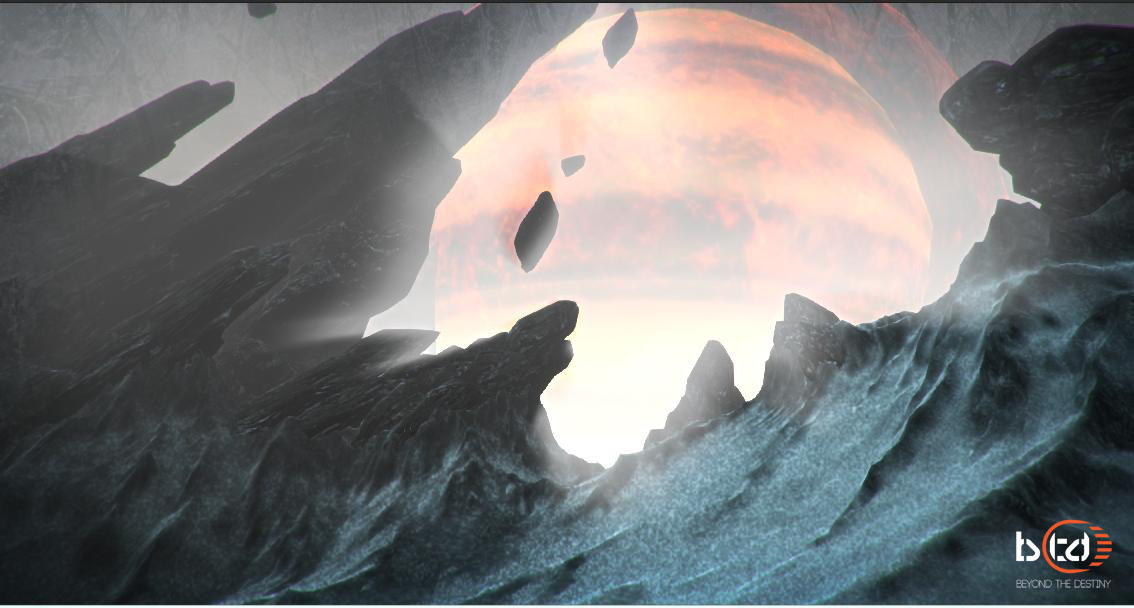 Description of the Kosugy-1 Aerodrome.

The territory of the tactical aerodrome is on a mountain plateau at a height of about 500 meters. On one side of the aerodrome, there are snow mountain peaks, from the other side – a broad canyon with a storm looming over the horizon. Bright flashes of lightning crackle and flare up in the epicenter of the far off storm. Yet the sky above the aerodrome is clear. The aerodrome takes up about a half of the planet’s surface, a gas giant with a slowly spinning hydrogen atmosphere. The weather is windy but sunny.

The perimeter of the air strip, which is about 500 m2,is fenced off by force fields which do not impede visibility of the surroundings. Soldiers in special protective suits stand inside the air strip holding guns and with a Unibot strapped on their backs, attached to their suits.

The airstrip is constantly buzzing with movement, groups of soldiers take up their seats in their shuttles as they come into land. No sooner have they landed than the shuttles are off again, flying off in the direction of the raging hurricane in the distance. A full-blown attack is in progress against the colony of the opposing faction, which is in the very epicenter of the storm.

The floor of the landing pad is made of metal and concrete slabs, stacked on a leveled surface, interconnected by magnetic locks. Luminous markings are painted on the slabs indicating the direction to the landing site to the shuttles. There are lights along the surface markings thatdictate the direction of movement. 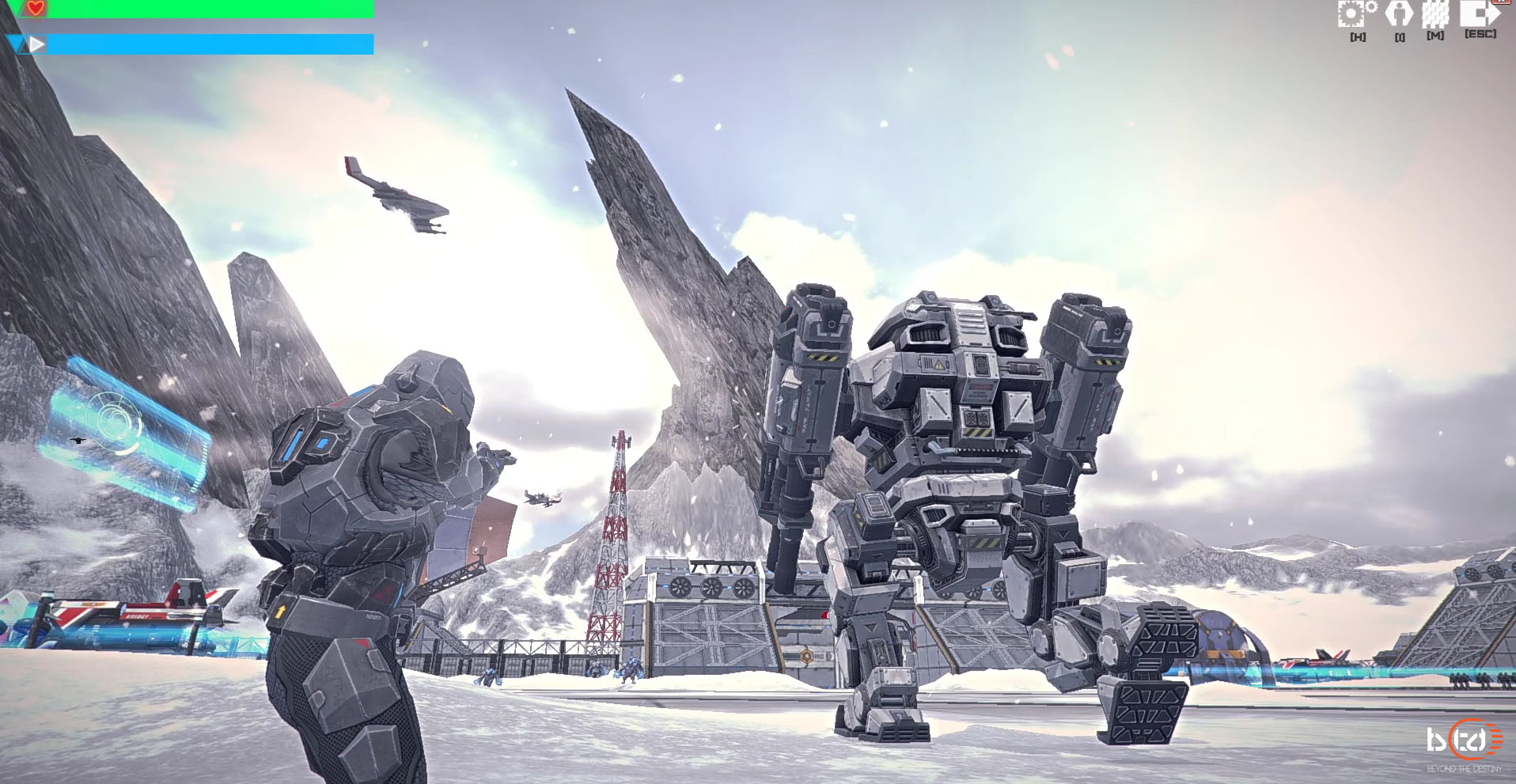 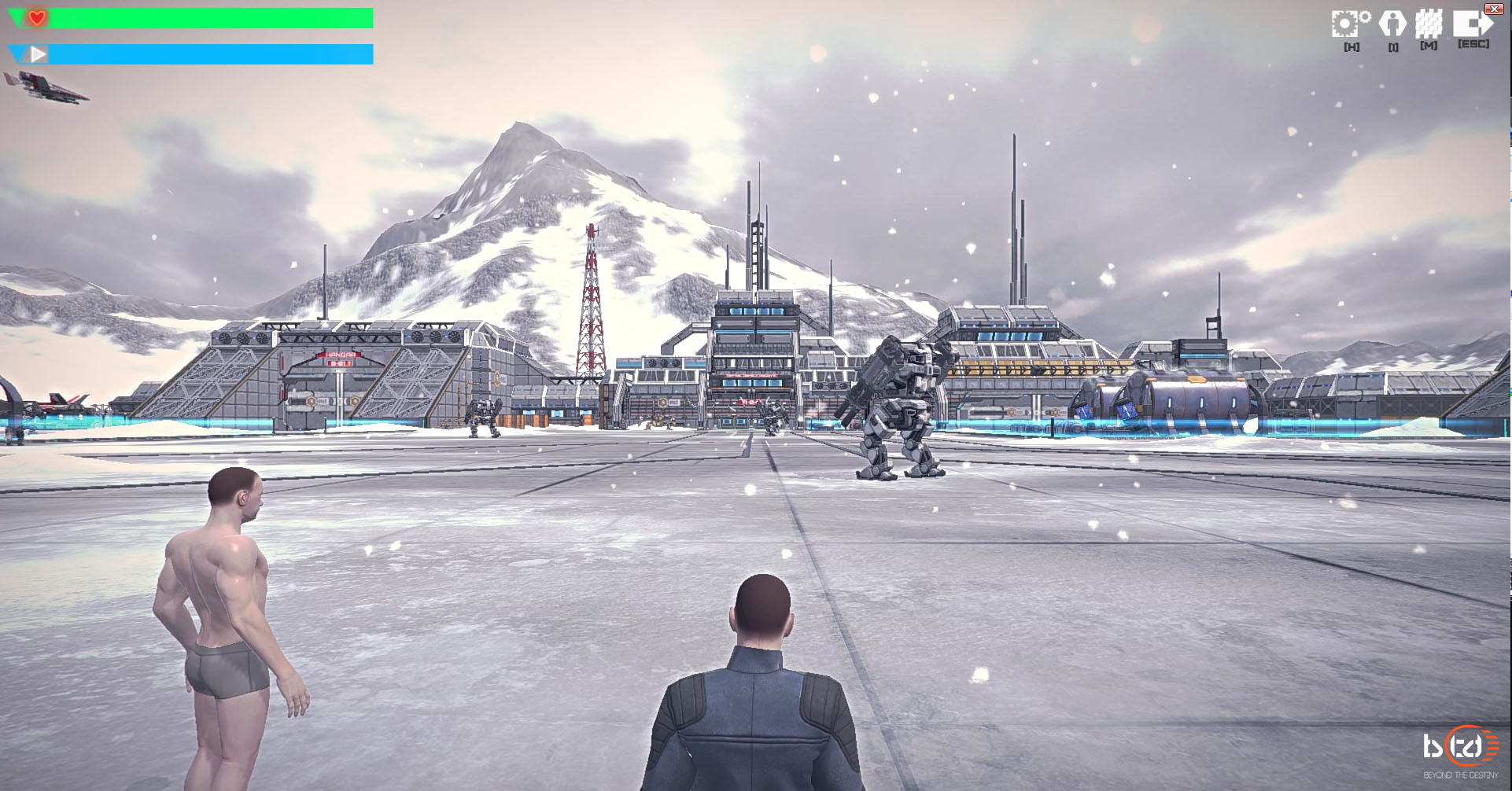 Follow our news and we’ll share information about the new armor and weaponry, descriptions and models of the maps and all the other many things our team of BTD developers is working on right now.