I just wanted to give a quick text update. I haven’t managed to record any newer footage yet but I’m working on it.

I just wanted to give a quick text update. I haven’t managed to record any newer footage yet but I’m working on it.

I’m trying a new approach for development / bug fixing this week. I was drowning under the mountain of post it notes, todo lists and unfinished / partially implemented systems. Sometimes I feel like ‘Oh where do I start?’ and this usually leads me to getting distracted and fiddling about with lights or textures instead of getting stuck in with something.

The new process has been working out pretty well and I’ve been able to keep making progress on a daily basis now. What I have been doing now is playing a section of the game and writing down anything that crops up that affects my experience. This can be game breaking bugs or just annoying things or things that need improving. I then stop, work on those issues and fix them and then repeat the process. I typically find that I am finding issues that I’ve already logged but with so many open tasks, it’s hard to find them in the mess.

I get further and further each time and I find it’s been keeping my focus much better than trying to pick something from the backlog. It also really helps with general morale as you see more and more improvements and get to see various systems working together and it just generally feels nice. It feels much more like a part of a game.

This approach is aimed at reaching a target of a playable build. I’m optimistic with the current progress and I will try to post more updates on this in future. It’s important to consider that there are several things I need to get lined up for this to be a success, so even If I can finish most of the heavy code work, there might be some basic lighting or performance issues that I also need to get under control before anything can be decided.

As for the obligatory screenshot, I got bored during testing and played with the debug menu, spawning myself a tower of apples. 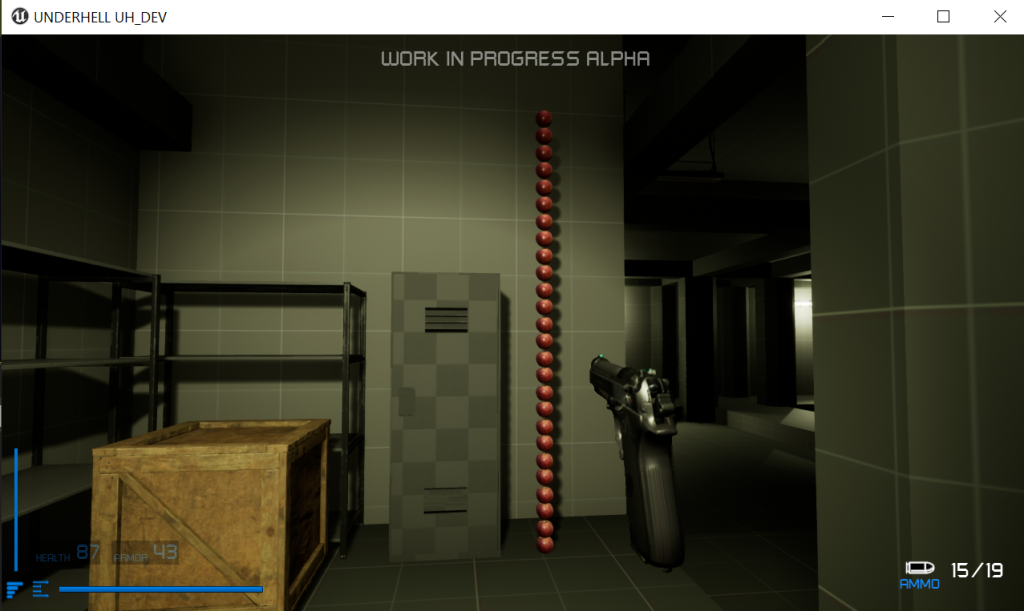 Aha, the leaning tower of..APPLES He would be proud

Keep up the good work! Btw, KrypTo will there be a Co-op feature to play the story with our friends?

No. The undertaking to implement this is a lot of extra work. I’d rather focus on the single player experience for now but it’s not impossible – it’s just a lot of work.

I think that currently there would be too many things that would need to be reworked for it to make sense with two players as well as it being a lot of extra work. It's probably a question we can answer later into development. I think for now, Single Player is what people are waiting for the most.