With the Kickstarter campaign ticking down into its final hours, we'd like to share some good news and a new video that showcases the cool 3D print design for the Tank Zombie.

The good news is that, after the latest batch of games being greenlit on Steam, we now occupy the #4 position on the Greenlight charts! We've received more than 14K up-votes so far and that number continues to grow, so that's really encouraging!

We may still have a long way to go for the Kickstarter to be successful, but we want to put in a strong showing over the final hours, and make sure the infection is still spreading as the campaign concludes.

The team is enthusiastic about continuing to work on the game, and we really want to find a way to ship a finished product. We've discussed various options, and will have more information on our plans soon. In the meantime, you can stay in touch and keep informed as to what our plans are as we move beyond the Kickstarter by signing up for the game's mailing list on the website at www.undeadoverlord.com.

Now, here's an artist's rendering of our upcoming 3D print for the Tank Zombie. This is still a work in progress, but it's looking really cool! Everyone on the team wants one . . . 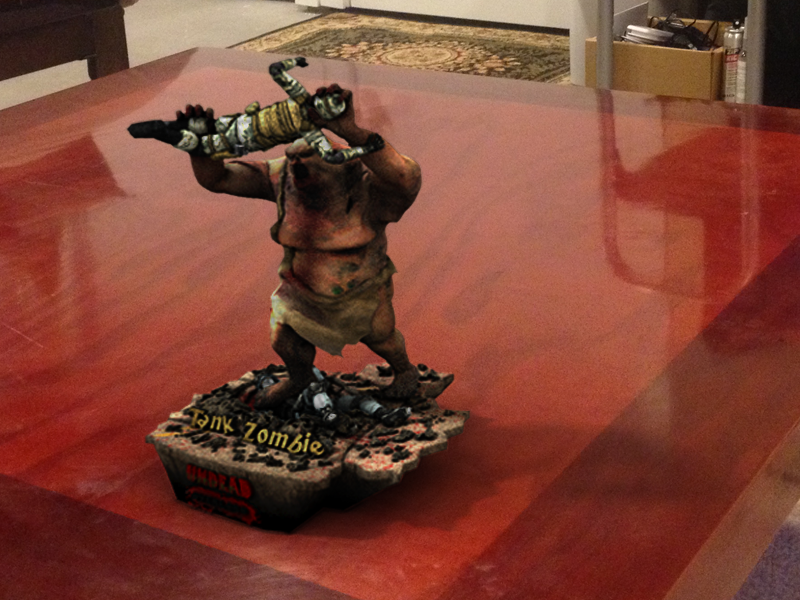 you guys are prob wondering when we all buy these devices ..?
are thay the right tankhordes ?