Tank Rider new version is out on the Google Play store and as standalone .apk here on indieDB. The game has been ported to WebGL, now it can be played with mouse and keyboard on any computer (with a fairly recent browser) on simmer.io

Yesterday I released on simmer.io the browser version of Tank Rider! 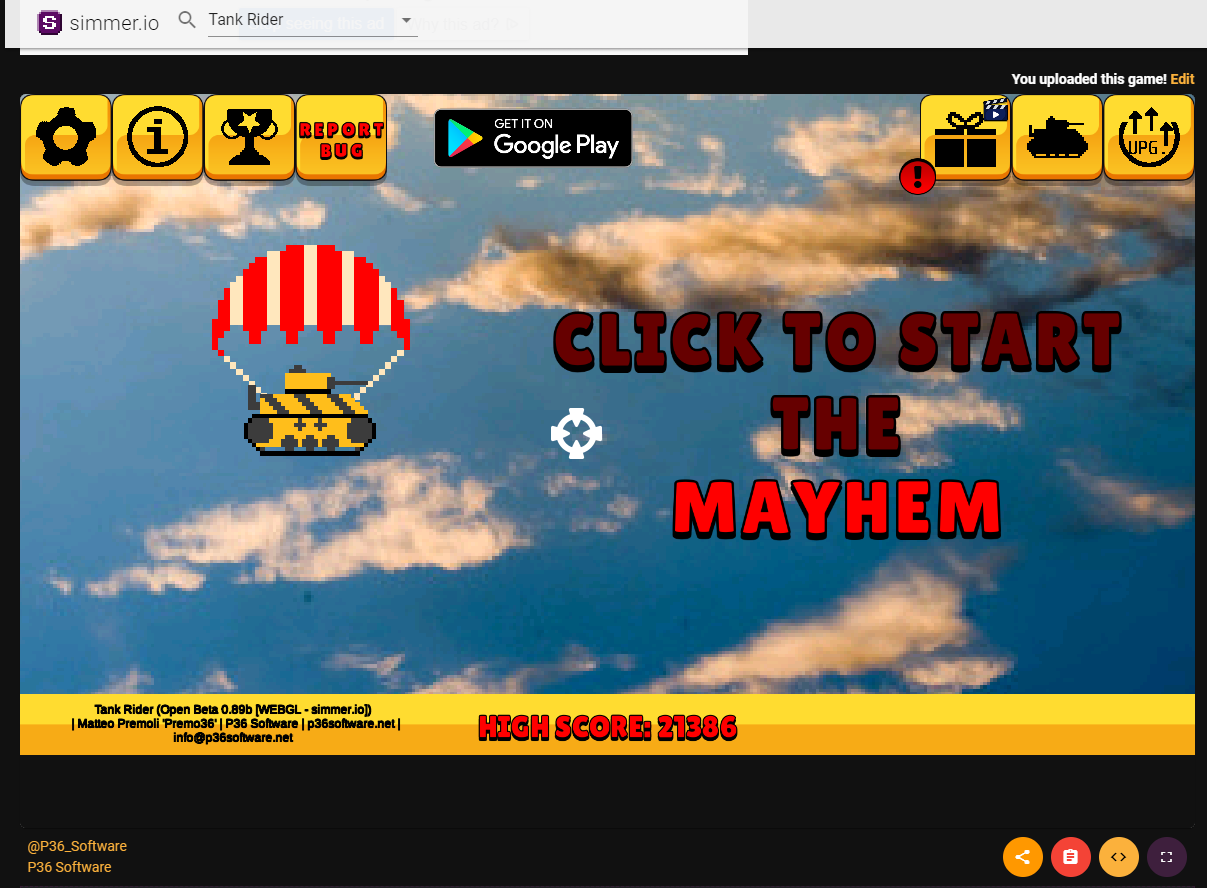 Now the game it's no longer an Android exclusive and can be played with mouse and keyboard from any computer, with any OS, as long as it can run a WebGL compatible browser (any fairly recent browser should work). The game will play directly in the browser, without the need to install it. As WebGL support is already built-in into the browser you don't have to install any third party software, like it used to be with Flash or Java based games.

(NOTE: Features that in the android version requires to watch an AD, like claiming the daily reward, double up the run's gold or get one extra life are not yet available in this version)

Tank Rider will be updated and mainteined on all plarform almost simultaneously. Speaking of updates, the Open Beta 0.89 it's out also on Google Play Store and here on indieDB!

Tank Rider is a 2D endless shoot 'em up game with a pixelated, retro look

✪Choose between a variety of historical (an not...) tanks, each one with different stats!
✪Dive into an endless desert full of hazards, dangerous enemies, powerups and explosions!
✪Gain money by killing enemies and spend them to upgrade your stats, make powerup last longer and buy new powerful tanks!
✪Compete with your friends and the whole world for the highest record, who will top the leaderboard? (Available only Google Play Store version)

⚠ ABOUT THE EARLY ACCESS:
-Tank Rider (Ex "Tank Rampage") it's near the stable release. Anyone can play it, but there may still be some bugs left, which is why the is in early access. If you encounter any bugs or want to give feedback click on the "REPORT BUG" button in the main menu (or write an email to support@p36software.net)


The Android version of the game contains ADS powerd by Unity Ads:
Unity.com
All ads are OPTIONAL. No ads will automatically play at anytime while you're playng.