An explanation of what I hope to achieve with the educational side of Syndemic.

There Will Not Be A Test

The way I see it, you can't force learning. Trying to bludgeon people over the head with facts is a quick way to end up with a deleted game.

So you can decide how much or how little you learn from Syndemic. My goal is to make the science accessible to those who want it, but ignorable to those who don't. I plan to do this in several ways:

My idea with this is that it's a kind of encyclopedia of microbes that you build up over the course of the game. So as you kill new enemies, they get added to the catalogue, and you reveal information about their real-life counterparts (or at least general knowledge about the species that I took as inspiration). Here's what I'm thinking for an example:

Frequently used as a model species for scientific research, this fungus is responsible for the fermentation of alcohols and the rising of bread. It can reproduce asexually by budding off clones, or, under certain conditions, reproduce sexually by mating with other yeast cells."

These will be little factoids that point out the scientific errors that appear in the game. They'll probably pop up during transition or loading screens. A lot of the material in the game is stylized and exaggerated based on what happens in real life, so I want to make it clear what is fiction and what is not. Some examples would be:

This will be general sciencey information scattered about the game, like causes and symptoms of certain diseases, or a communication between two scientists talking about some biological concept. My background is in microbial ecology and evolution, so I hope to introduce ideas from these fields in an interesting way. 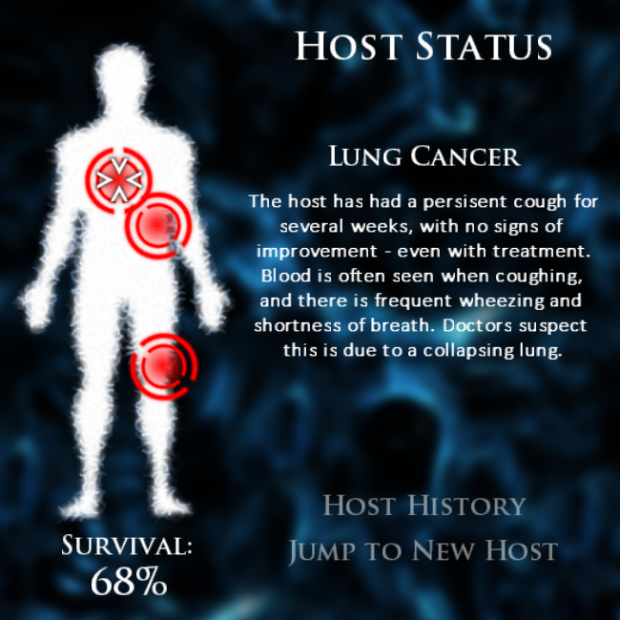