Some Infos about the caves, monsters and fight mechanics in Behind the Horizon.

Survival in the caves
today I publish my last post before the release on September 11th, 2020 of Behind the Horizon. It is about the combat mechanics in the caves and what you´ll find there. The caves themselves cover a huge underground area and are 100% handmade. By ambient occlusion and ambient sound, an eerie or mysterious atmosphere is created.

There are a total of 14 different types of monsters with various subspecies, which differ in size, colour and in abilities. The boss monsters all have unique spells and mechanics, and many of the "normal" monsters are also capable of simple magic. Of course there are also very simple spiders and bats, which are more annoying than dangerous ;-) !

Monsters can have a resistance against a certain type of damage and have different armor values. They also have resistance to the effects that elemental spells or enchanted weapons can cause.
The player can choose between 4 types of weapons: sabre, sword, spear, sword, spear and light+heavy bow. In addition, there are elemental spells made of fire, air, water, ice. Each element has its own temporary effect (visible). In addition, spears and heavy bows have the push effect, which pushes monsters away from the player.

Ice spells leave ice on their path and can cause stones to burst. Fire spells damage trees and destroy plants in their path and water spells replenish the water reserves of the ground.
The strength of elemental spells depends on the attack value, which is also important for normal weapons, and on magic points. For each spell there is also a minimum value of magic points, so that the player can use the spell at all. Furthermore, the player's consciousness must also be high enough, otherwise the spell will fail and may even have opposite effects.

The attack value is permanently increased by killing (many) monsters and by rare spells.
The player also has resistances to the individual elements, but these also reduce the damage he receives from this element. Very useful for enemies who attack with elemental spells.

All values can be greatly improved temporarily and it is worth cooking good potions and food or using spells for it. Bonuses do not add up, but always the strongest applies.

In the caves there are small simple puzzles and of course there are also nasty traps, invented by the demons, in which the hero has to fall.

Death in Behind the Horizon is not punished, except by running back into the cave and a few hours of unconsciousness. However, there is one exception: if you die while fighting a higher demon, it will eat the hero's life essence and you have to load a savegame. 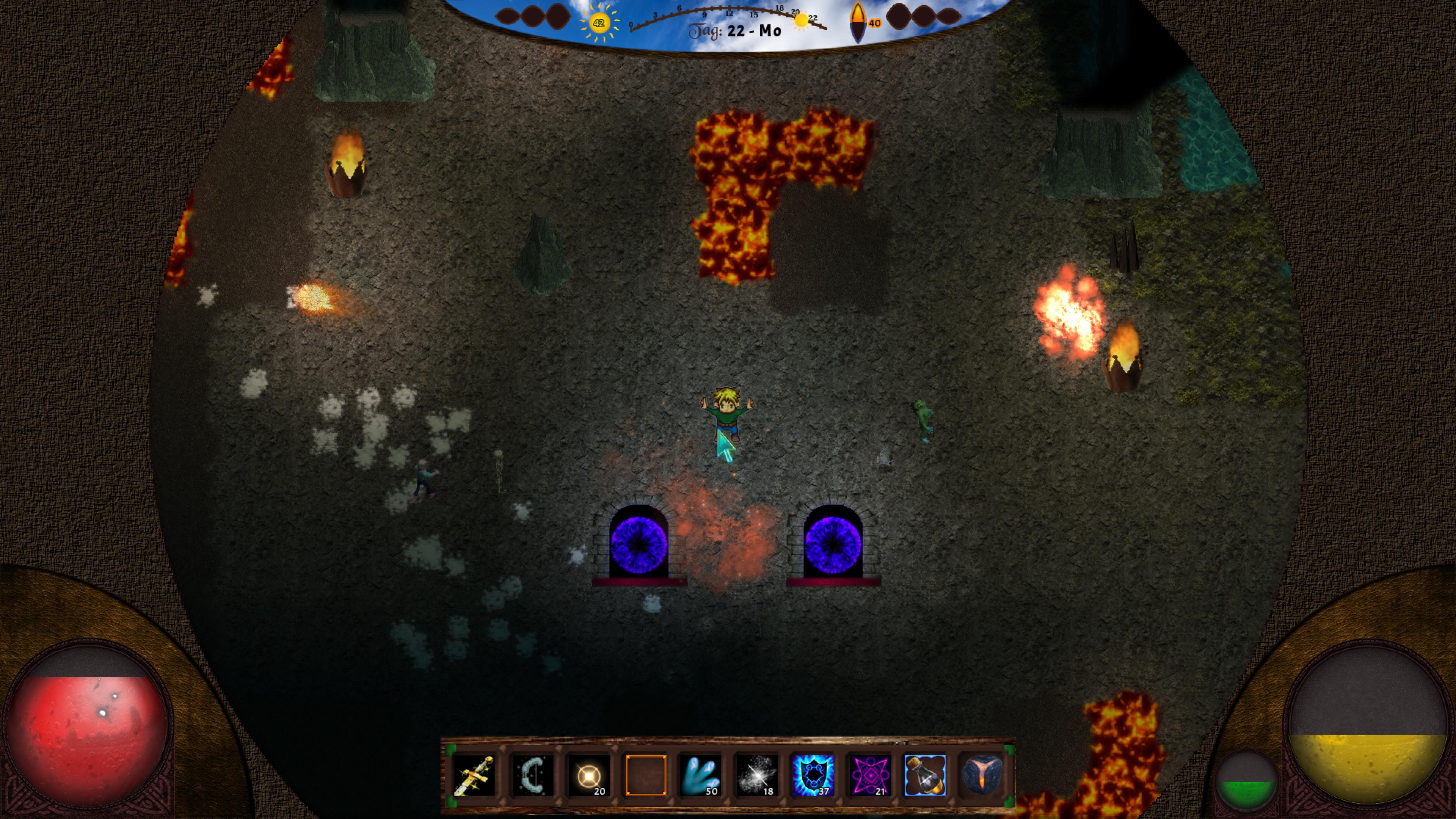 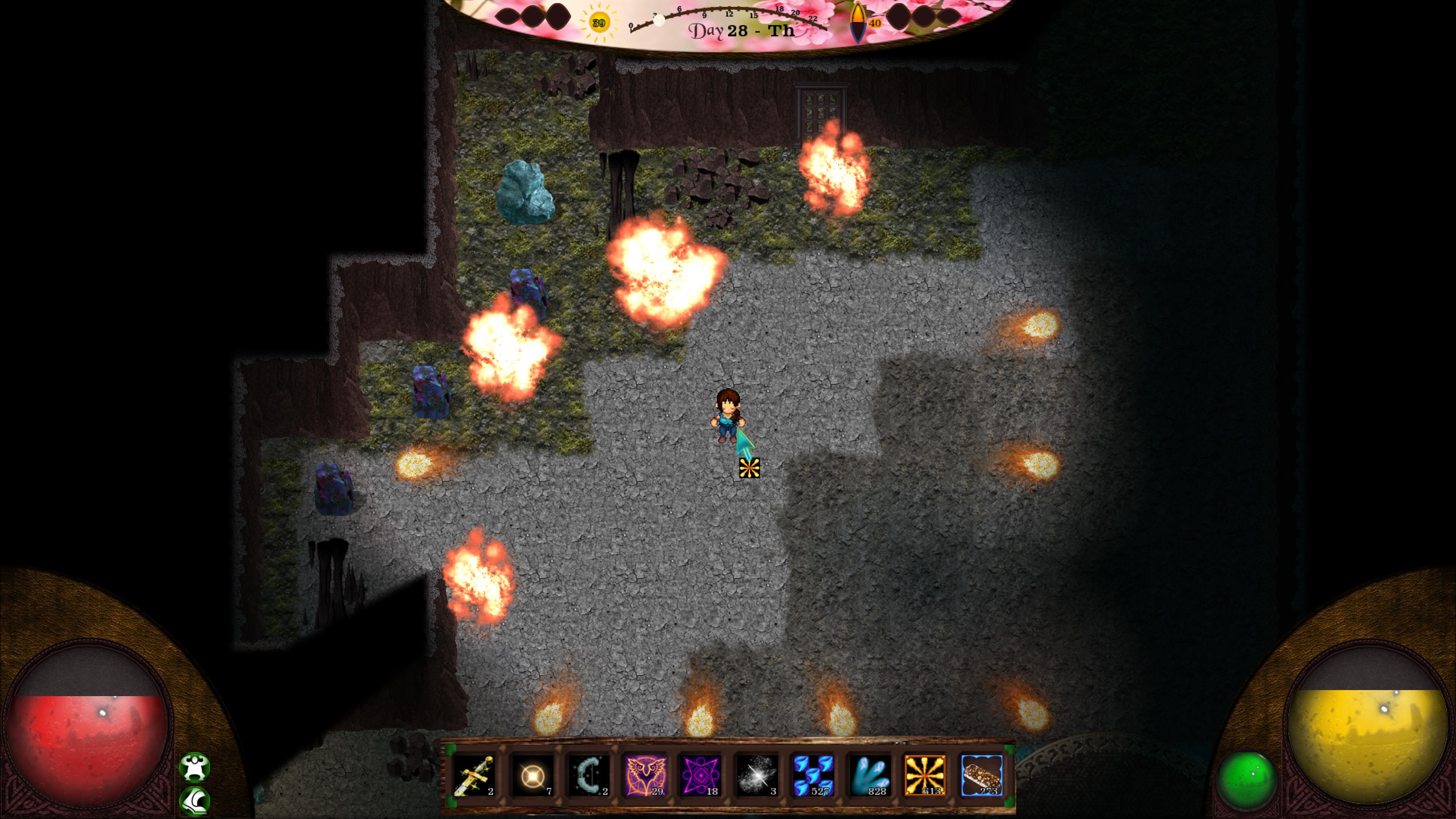 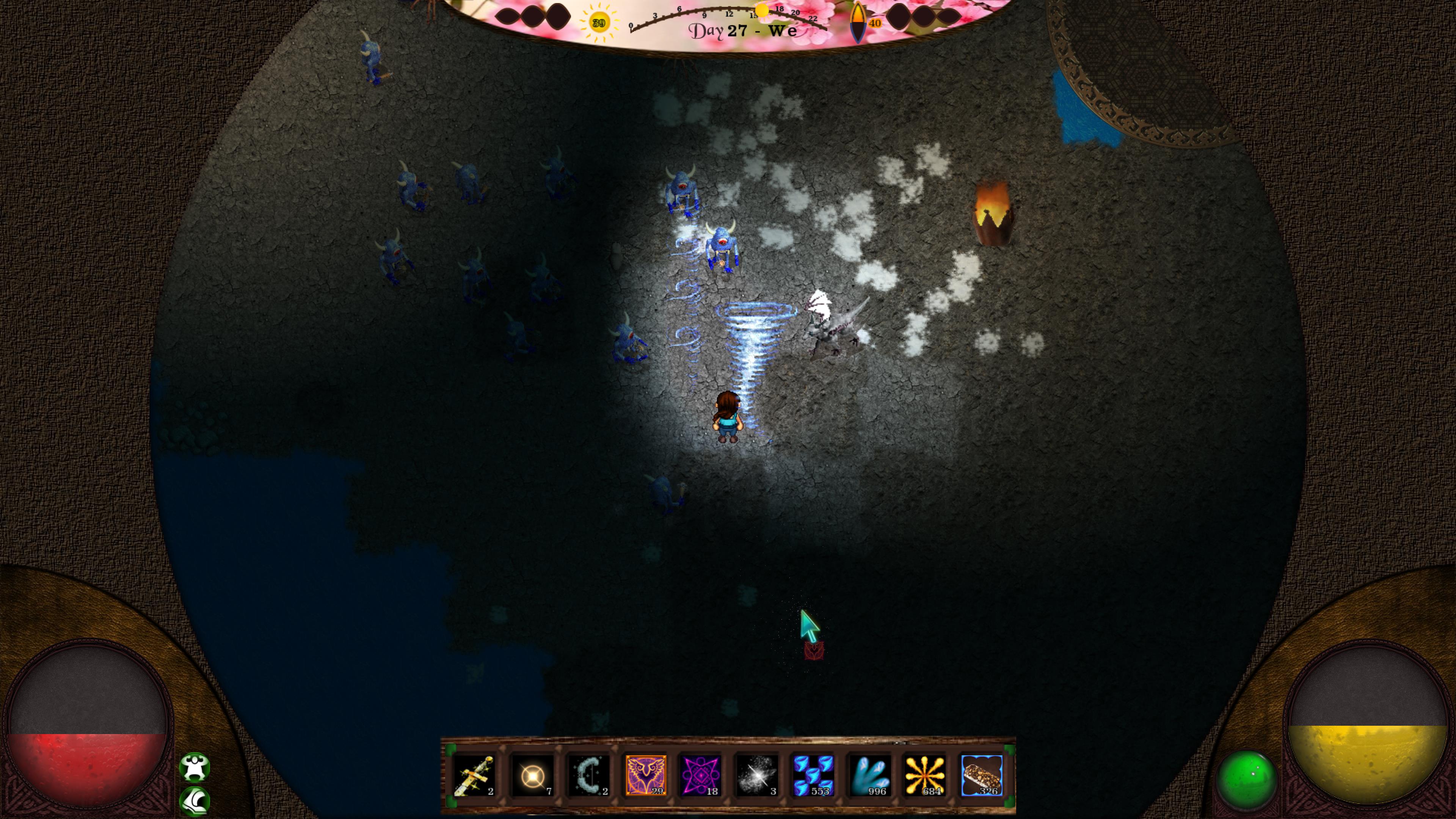