I am a German game designer and programmer (C++) and have been working on this RPG and farm game for several years now, which I would like to introduce to you here. It is based on a nature simulation and the RPG part is an epic story (game duration between 50-200h), which extends over 5 chapters. The nature simulation serves as a base for the huge living world in which there is a lot to discover. The farm part in the game fits harmoniously into the rpg-gameplay and provides with housing, crafting, animal husbandry a lot of variety. Extensive underground areas filled with good and bad surprises offer excitement and challenges.

Behind the horizon offers a long mystical story a long way from the usual "Hero Saves the World". Rather it tells a story about the discovering of one's own nature and of the nature of the world. The community of Woodhome and the contact to the inhabitants plays an important role in the game. There are a lot of story lines concerning the Woodhome´s inhabitants.

The nature simulation makes sure that no game is like the other and that the landscape changes every day. The weather and the seasons are also simulated and have a direct influence on nature and the player. There are even catastrophes and special events in the simulation, which can change the landscape sudddenly.

In the settlements the NPCs go about their business and everyone can be talked to. The inhabitants have their own history and many need help or just want to chat a little. There are some difficult decisions to make and everything affects yourself, the world and the story. Friendship and romances are also not unknown in Behind the Horizon, but more shall not be revealed here ;-) !

Well over 50 cutscenes, which bring the story forward or breathe life into certain moments. Among them are events like learning new skills as well as visions and information about the stories.

There are hundreds of items that you can find in the dark dungeons, buy from merchants, or make yourself. Potions, spells, all kinds of food and many other useful items can be built on the farm. There are numerous recipes for housing and also a lot of furniture at the local traders.

Magic is also not unknown in Behind the Horizon and the exploration to find the origin of magic is a central point in the story.

The combat system with 5 weapon types has over 30 spells. Many are also usefull while farming. Huge underground caves and dungeons with traps, labyrinths, treasures and many surprises await you. There are several boss enemies with sophisticated mechanics and also many annoying ;-) Trashmobs like the well known giant bats.

Farming: You can cultivate many vegetable plants and also all wild plants and trees. Animals can be kept in enclosures or stables and also small, helping companions can be found and trained. All the plants that you harvest on your farm can be used for your own nutrition, for cooking and the making of spells and of course to get the desired coins to be able to buy some things from the traders of Woodhome.

The mix between farming/RPG/exploring caves and housing is up to you, but it should be said that you can have a lot of variety. Just wandering through the nature after a season is over is always exciting to me. To see what has grown, what has died, how the course of the river has changed or where the quality of the earth has improved.

System requirements: A Windows PC or Laptop (Windows 7/8/10) with 4GB memory or more. It runs smoothly on the newer Intel graphics chipsets. So hardware requirements rather moderate!

BtH - The Desert released on Steam 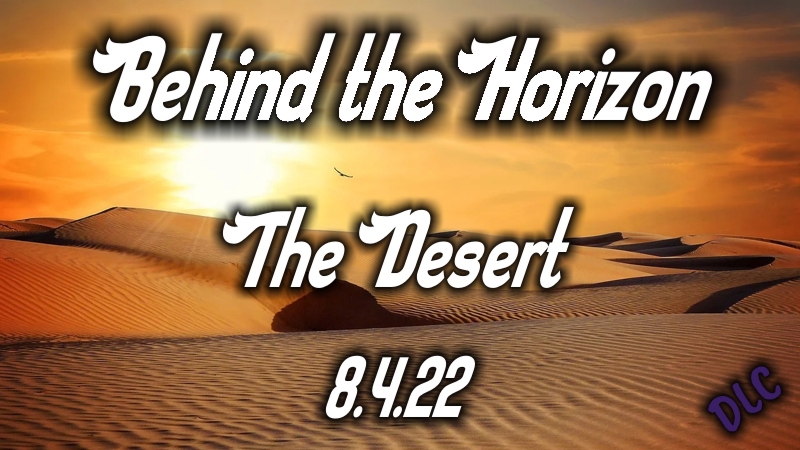 the time has come: Behind the Horizon - The Desert, the first add-on with over 50 hours of game play, has been completed and is ready for download :-) !

I hope you enjoy the new episode of Behind the Horizon and wish you all a lot of fun exploring the new areas! 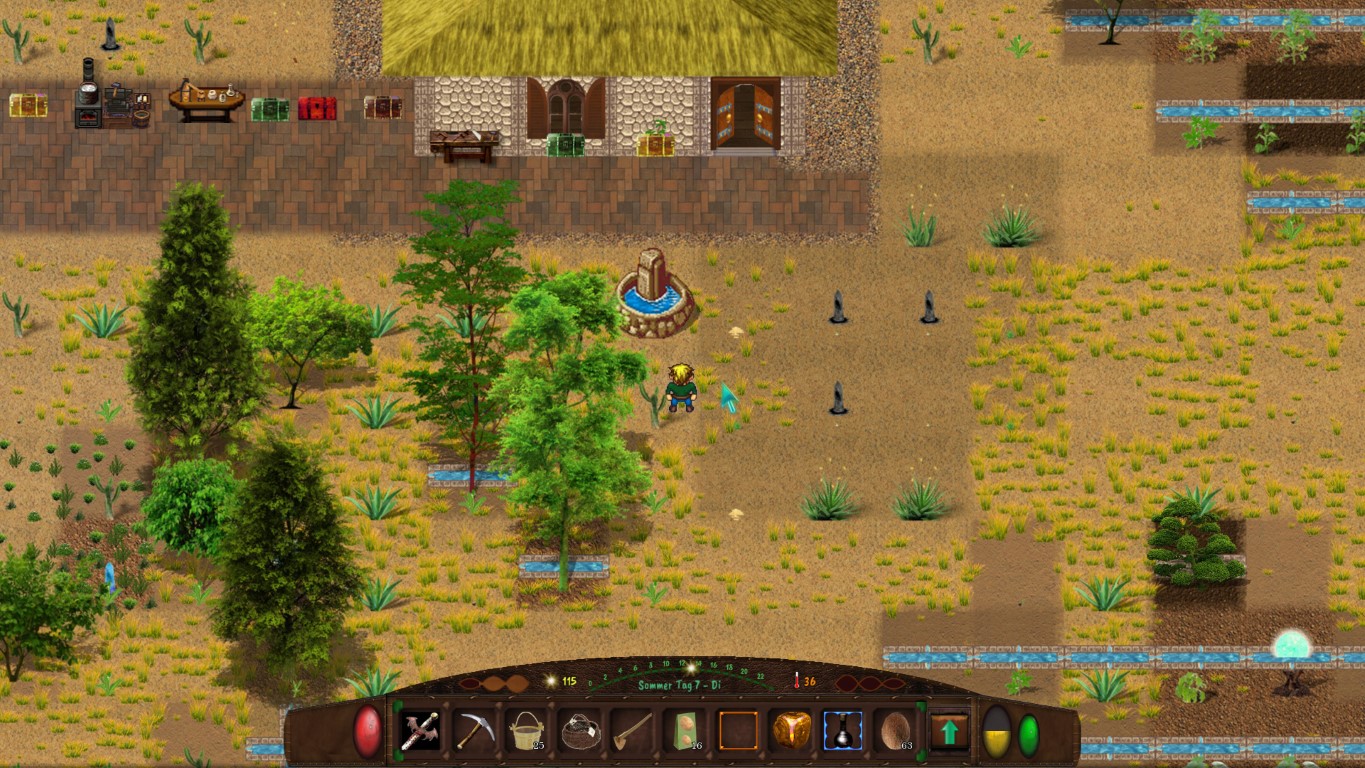 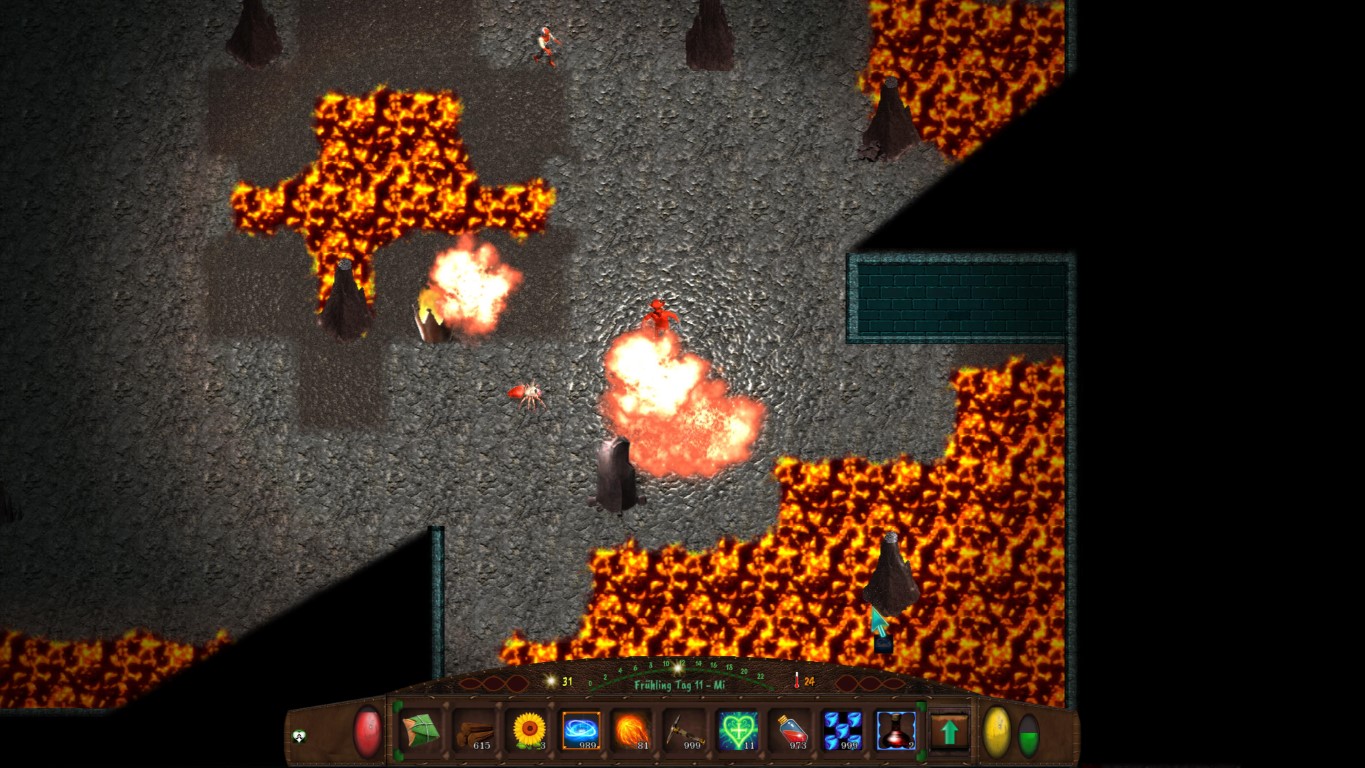 Behind the Horizon - Update 2.0

Polishing up the Game - Major Update for 2022! Adds new user interface and improve all aspects of the game

Behind the Horizon - Working on AddOn

News about the AddOn - Behind the Horizon - The Desert

Behind the Horizon - Major Update avaiable

Major update for Behind the Horizon. Integration of a new lighting system with normal mapping and improved textures, a redesigned startmap and much more...

News Behind the Horizon

Integrating normal mapping for Behind the Horizon !

Tags
Embed Buttons
Link to Behind the Horizon by selecting a button and using the embed code provided more...