Was more work, then planned. All 2D stuff on layers, now inside Blender as 2D 21/2D or 3D setup. Rigging next.

Scene 2/5 and a bit more finished.

While doing that i came up with another freetimeconsuming idea. "that would be superduper, when it would be animated".
Perhaps a ticking clock, synced to the animated footsteps, rotating earth (ballthing for now).
Flying rockets, scaling hoses, paint destruction (stop pls).
Why easy, when you could make it complicated.. 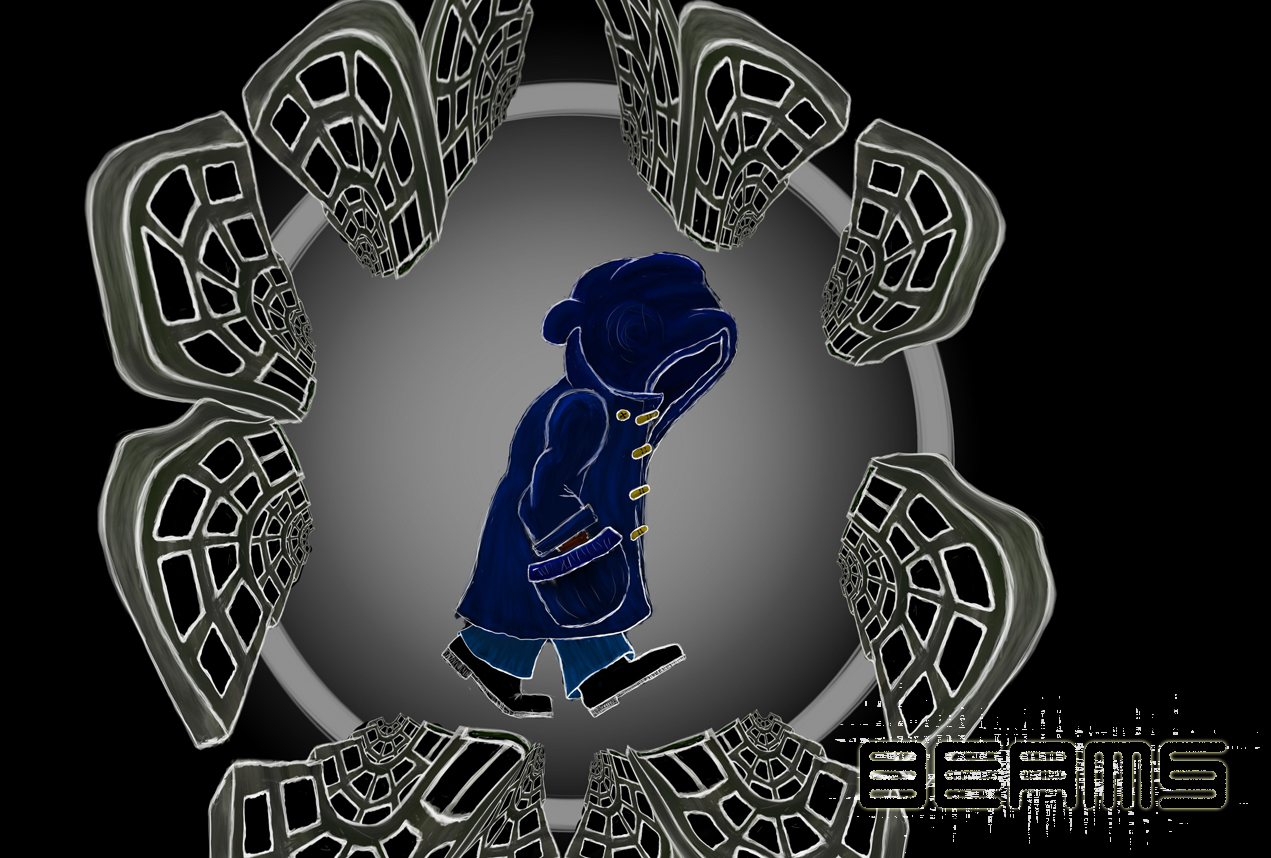 Then i painted everything onto layers (around 90), to get the single parts back again. 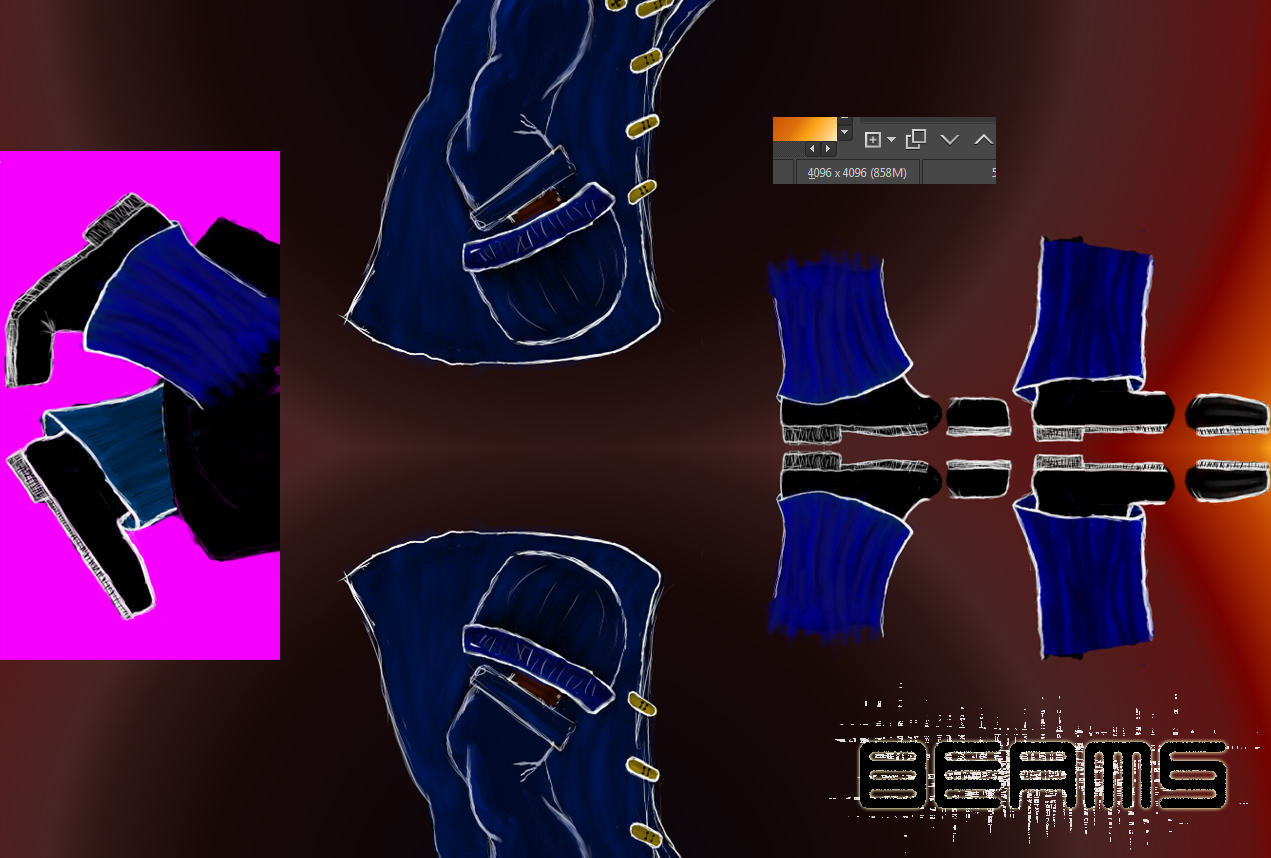 That was the point i had to recreate backfaces (background) and "stretchzones"(overlapping parts). 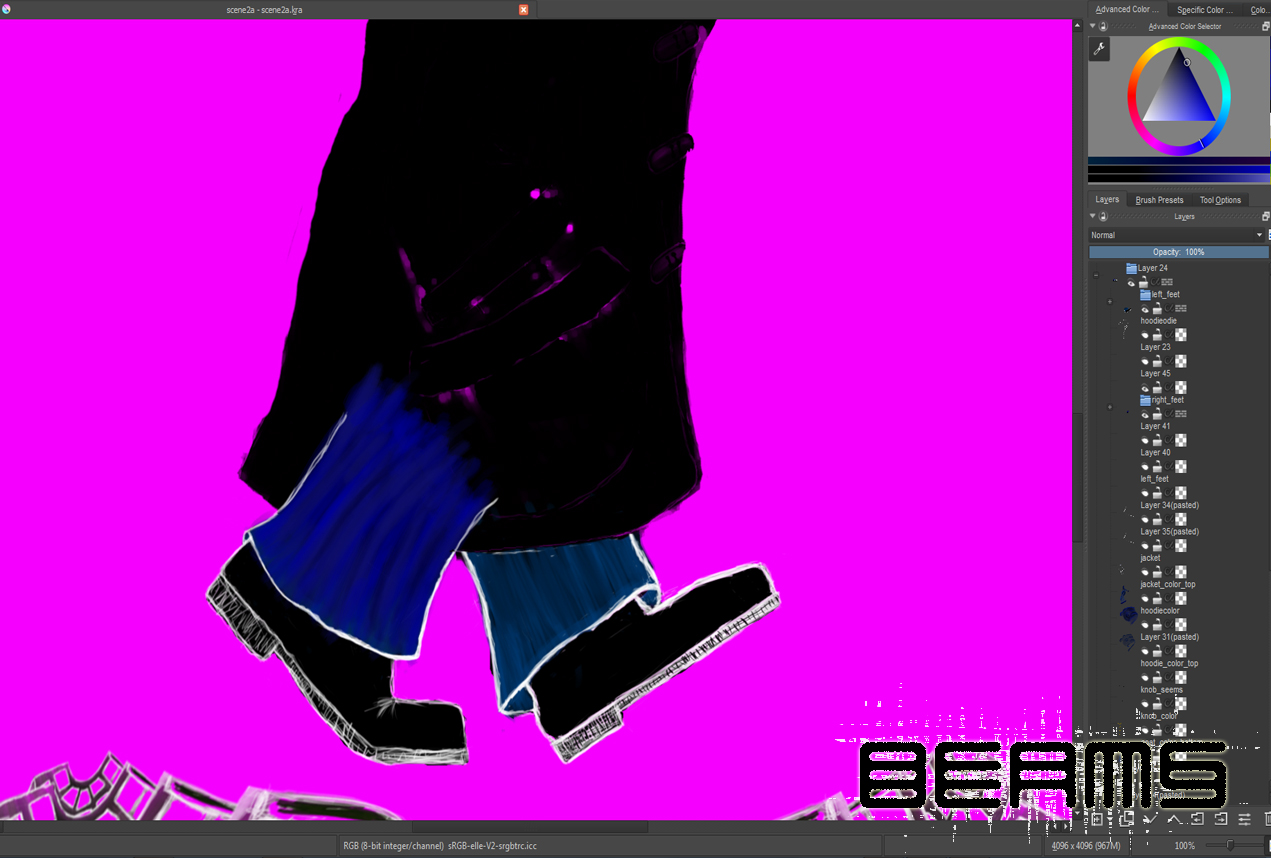 So far it is looking only like an improved version of the 2D picture, but after rigging i can make weirdo animations. 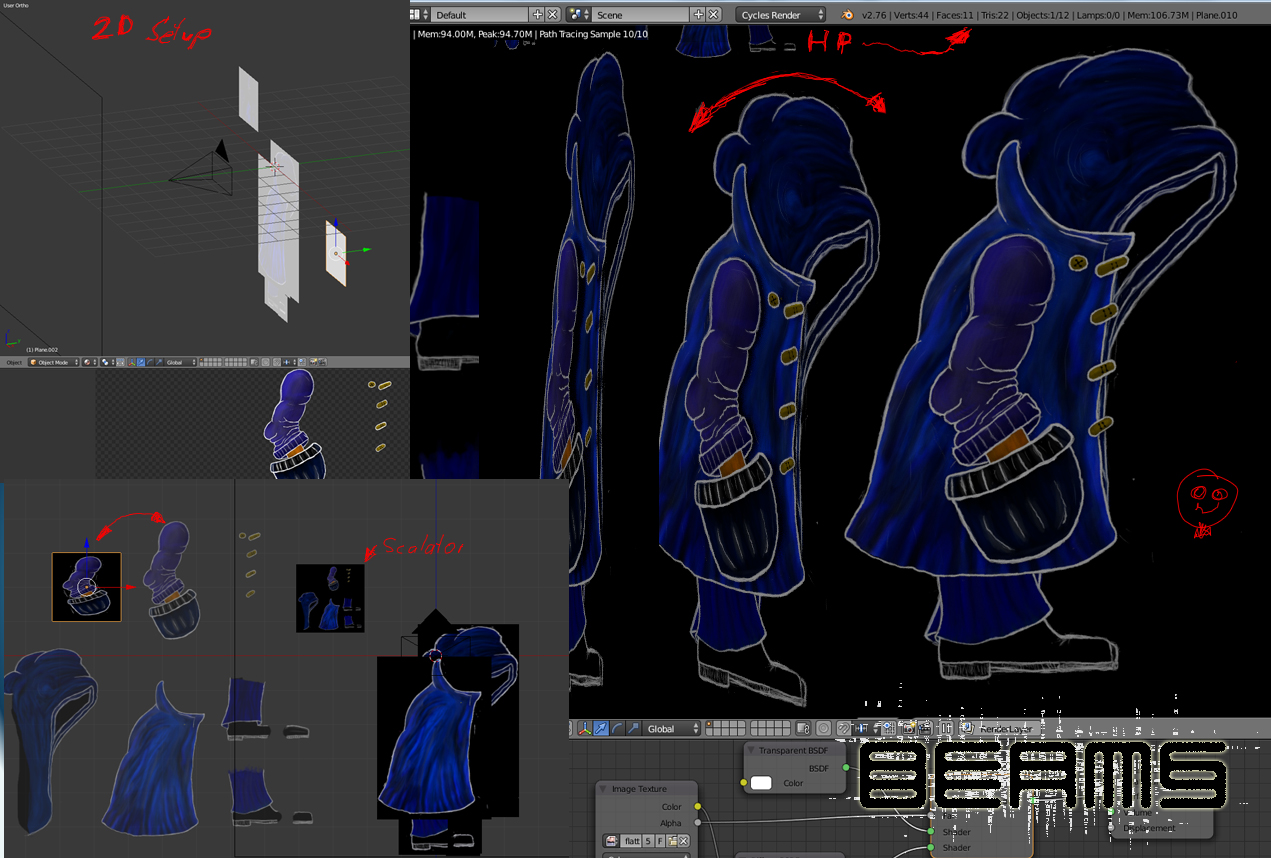 Was my first time doing that, but i liked it.