Empyrion releases v5.3 and integrates the Steam Workshop. In addition, you can now choose your starter planet on a Dedicated Server. The update also includes a new set of windows and many other improvements

Posted by EleonGameStudios on Feb 1st, 2016

In the previous update 5.2, we introduced blueprints in Survival. With this update 5.3, we are now offering a way to share your great designs: the Steam Workshop is now available for Empyrion - Galactic Survival!

To add blueprints to your game, subscribe to a blueprint on the Steam workshop. If you want to publish your own blueprints, open the blueprint manager (F6), select a blueprint and click “publish”. If you made any changes to your blueprint, use “update” and the new version will be updated on steam.

If you shared your blueprint, make sure your entry in the Steam workshop has a least a description. You can also add more pictures and detailed infos: Steamcommunity.com

Please note: If you deleted a blueprint in the Steam Workshop, it may take a few minutes for the game to update the in-game blueprint library! 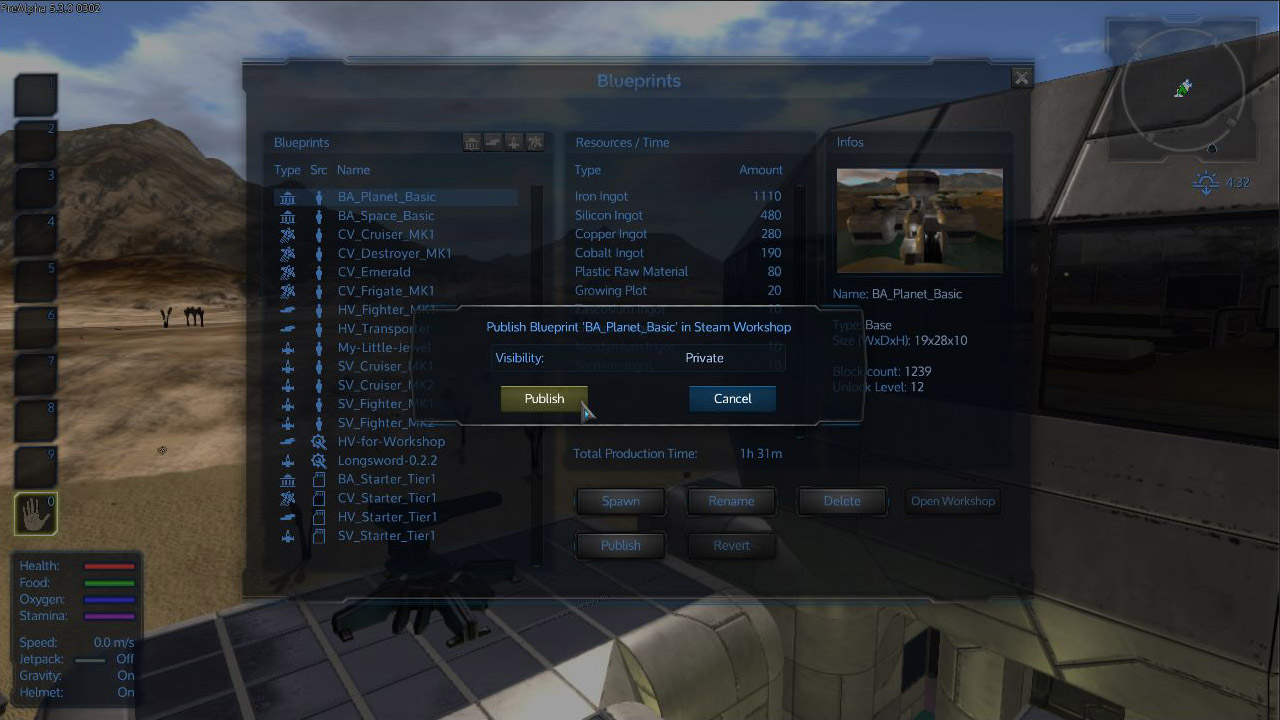 Incorporating your feedback, we’ve also made a lot of other changes to some recently introduced features!

For example, you can now only take a blueprint of personally-owned or faction-owned vessels and bases. Your classified designs are now well protected!

We have also added a showcase of two new windows without blinds for you to test (many more are in the works). 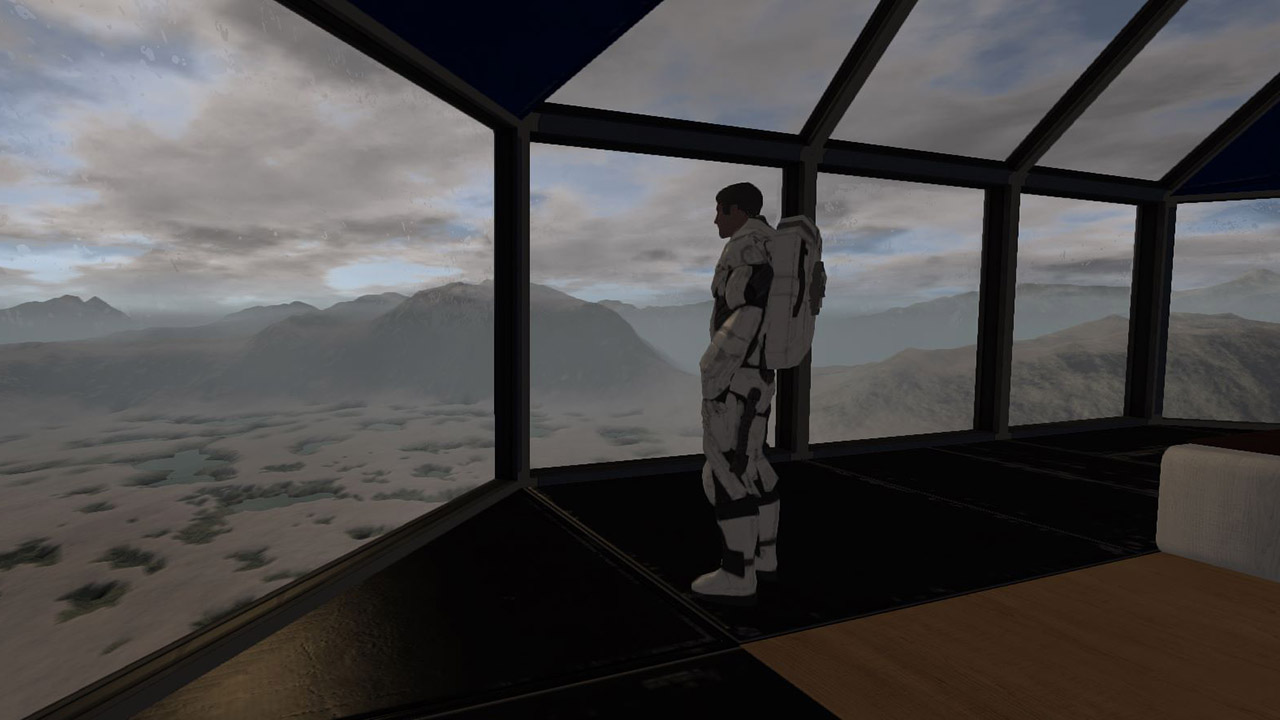 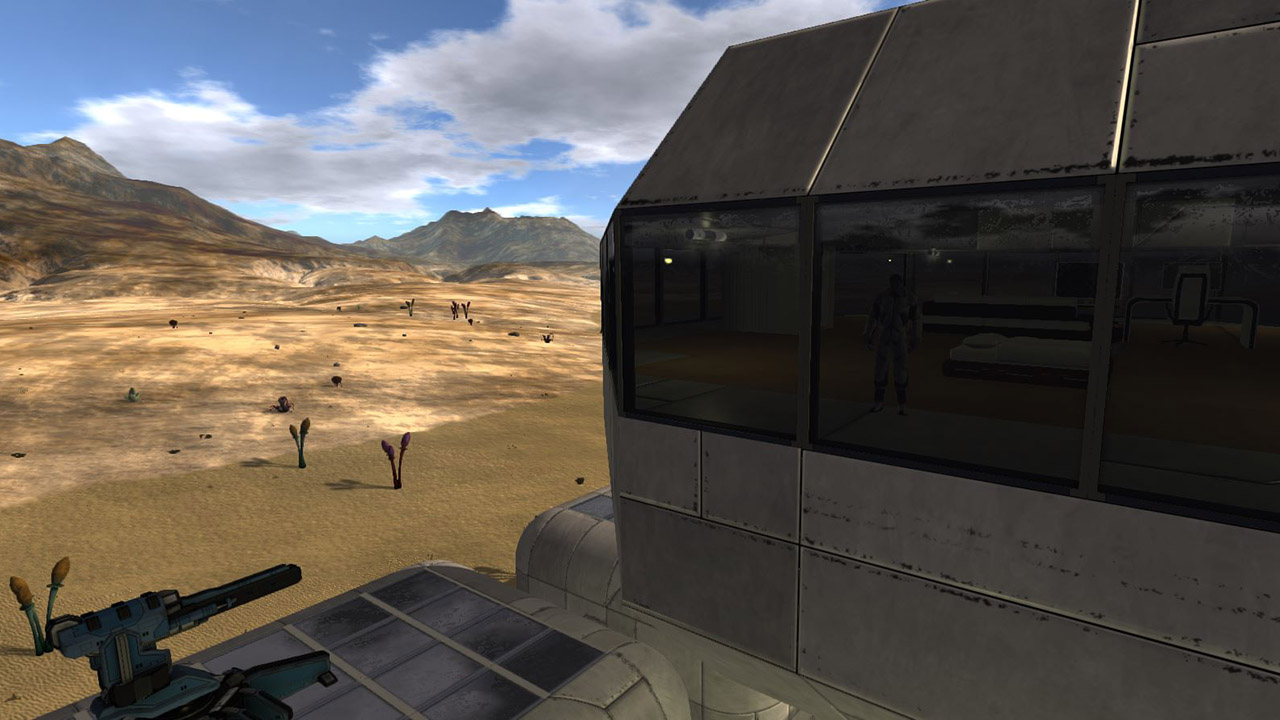 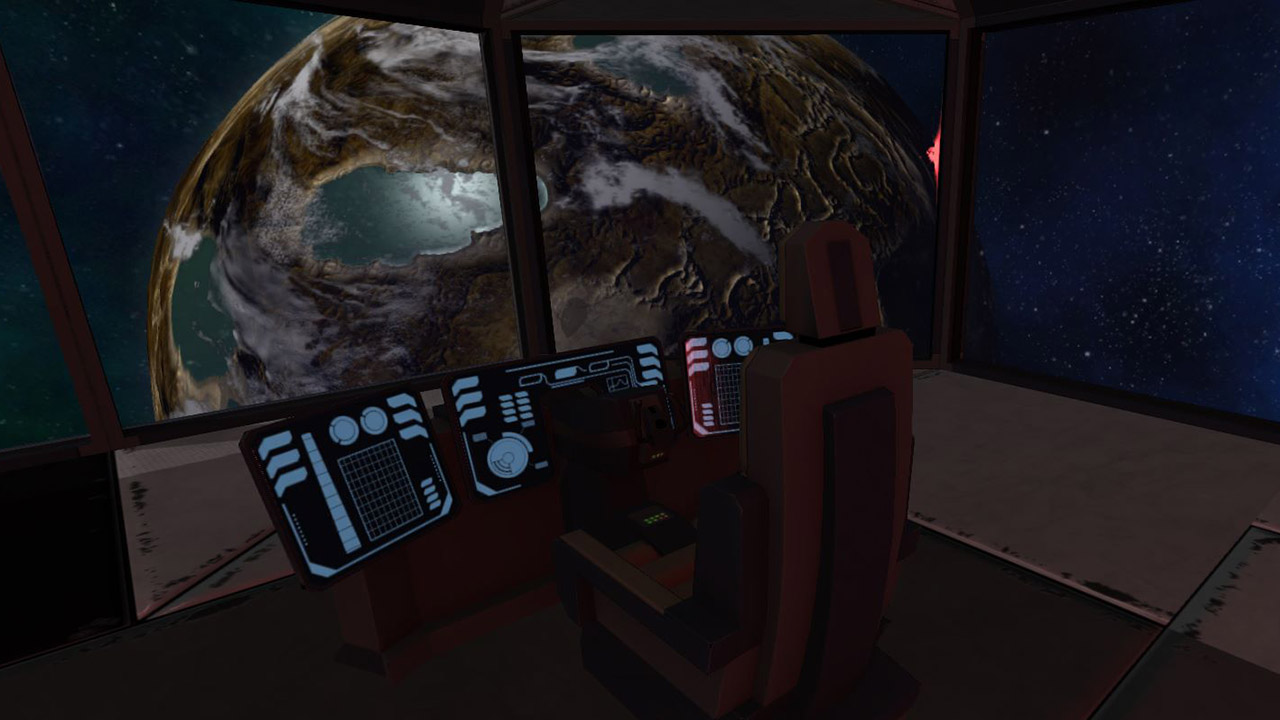 For our dedicated server multiplayer community, we have added the possibility to have more than only one starter planet! Any server owner can now define any planet of the solar system as a starter planet, simply by editing the sectors.yaml. It’s also possible for the server owner to activate an “automatic wipe” mechanism to clean up structures that haven’t been visited by their respective owner for the time set in the dedicated.yaml.

For our singleplayer community, we have removed the Anti-griefing building restrictions!

Last, but not least, we made sure, you don’t need to reactivate the turrets of your vessel after each and every warp jump or playfield change.

Please note: If you resume a pre-5.3 savegame, pre-5.3 server world or place a blueprint the first time, there’s a small inconvenience left: you will need to reactivate your turrets ONCE! From then on, they’ll stay active. This will be worked on for a future update.

All those and many more new features and feature-tweaks are listed in the changelog below!

Enjoy 5.3 and let’s fill the Steam workshop together ;-)

Changes / Improvements:
- Turret improvements: turrets don't have to be re-activated anymore after changing a playfield
- Added faction check to blueprints: now you can only take blueprint of a structure if it belongs to your faction
- Added possibility to remove on-screen object markers via F9
- Improved blueprint library: rename, delete, save as, overwrite
- Improved water shader
- In single player, removed anti-griefing measures (restriction of block placing and base spawning near resource deposits)
- Escape pod is now set to Private Faction and thus cannot be looted by other players anymore
- Backpack icon now appears on radar map and on map M (only for own faction) + backpack disappears after 60s when empty
- Added new landing gears and tweaked emissive texture on old landing gears
- Replaced generator (SV/HV) with new model
- Tweaked visuals and functionality of Control Panel, e.g., select next object (instead of previous object) when adding to Group
- Added 'WipeTime' to dedicated.yaml in order to allow removing of structures if a player did not visit them for a long time
- Tweaked Repair & Removal Tool (faster removal of blocks)
- Optimized setup of lists (implemented for server browser and Control Panel's device list). For example, the device list in the Control Panel will be built up much faster in large CVs
- 'Production finished' message for blueprints is now also displayed if blueprint menu is not open
- Space Drones are now seen only from 1500m on a Dedicated Server
- Changed underwater ground on Akua
- Better barrel animation on turrets and mountable weapons
- Improved muzzle flash on large plasma weapons
- Added Bloom camera effect
- Turret Radar now only rotates if powered
- New Blueprints spawn as in Private Faction (and not Public Faction)
- Changed and optimized flares for better performance
- Tweaked joystick of Cockpit CV
- Exit of cockpit after warp jump is now limited to only 5s and ship slows down immediately after jump
- Restricted line/plane tool to 10 blocks in survival and 20 blocks in creative
- Updated Starter CV and Base stock blueprints with new windows 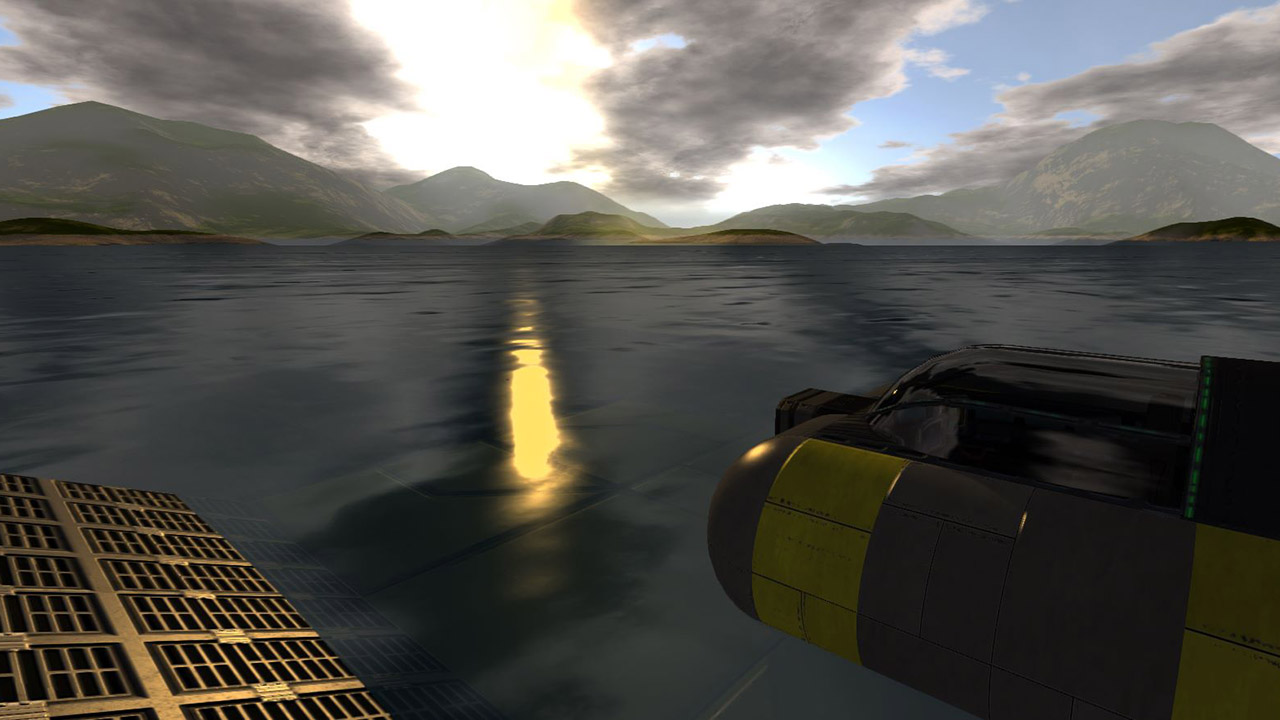 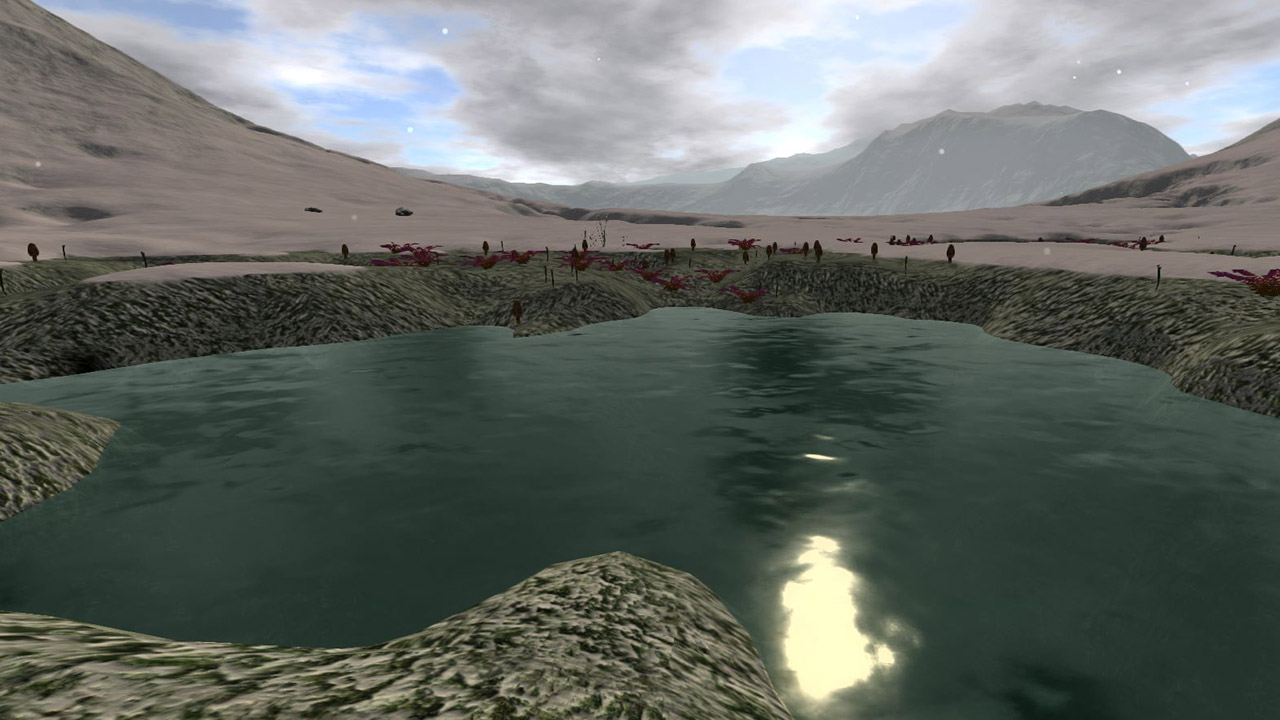