Hello everyone! Vallynne here with a fresh Shores Unknown update.

First of all, I'm excited to announce we now have a Steam page. This means you can now support us by wishlisting our game!

Moving on to development updates: we've spent the past three months working on chapter 2 (out of 4) of our story content - the biggest one up to this point, as it includes four large open locations (including an actual city) and a number of smaller interiors.

A part of chapter 2 content is included in the demo build we prepared to be shown at PAX East happening in Boston right now, so if you're there, definitely come by our publisher Hitcents' booth #21019 and give the demo a try! We have prizes and goodies you can get, too! 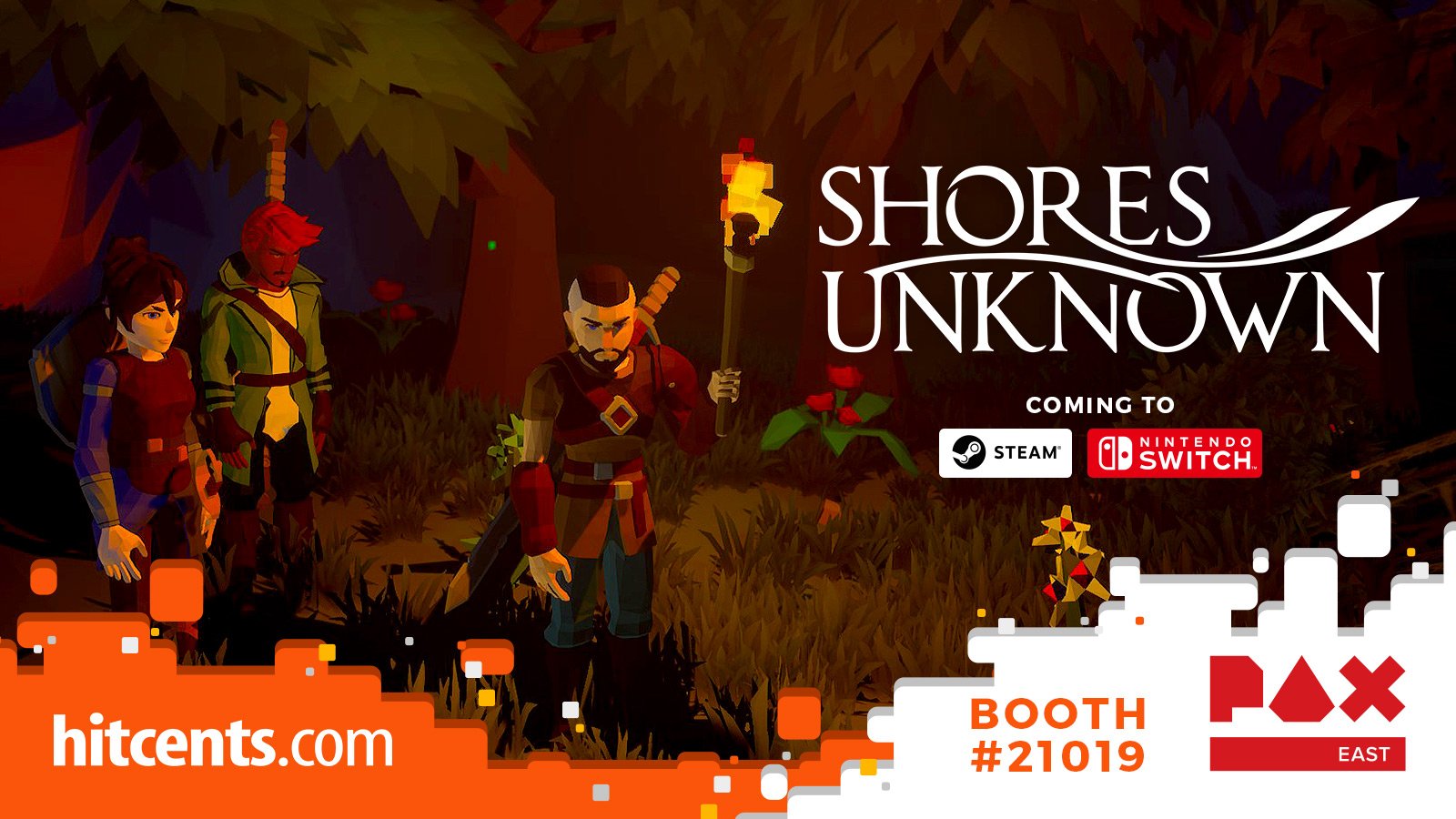 With chapter 2 getting wrapped, we're approaching a half-way point in Shores' content, but that's not all. This latest round of development also brings a number of gameplay and UI updates, and I'm happy to say that the game's functionality is now 95% finished, with only the world map, used for quick travel between the various locations we have, remaining to implement - and that's also coming very soon. 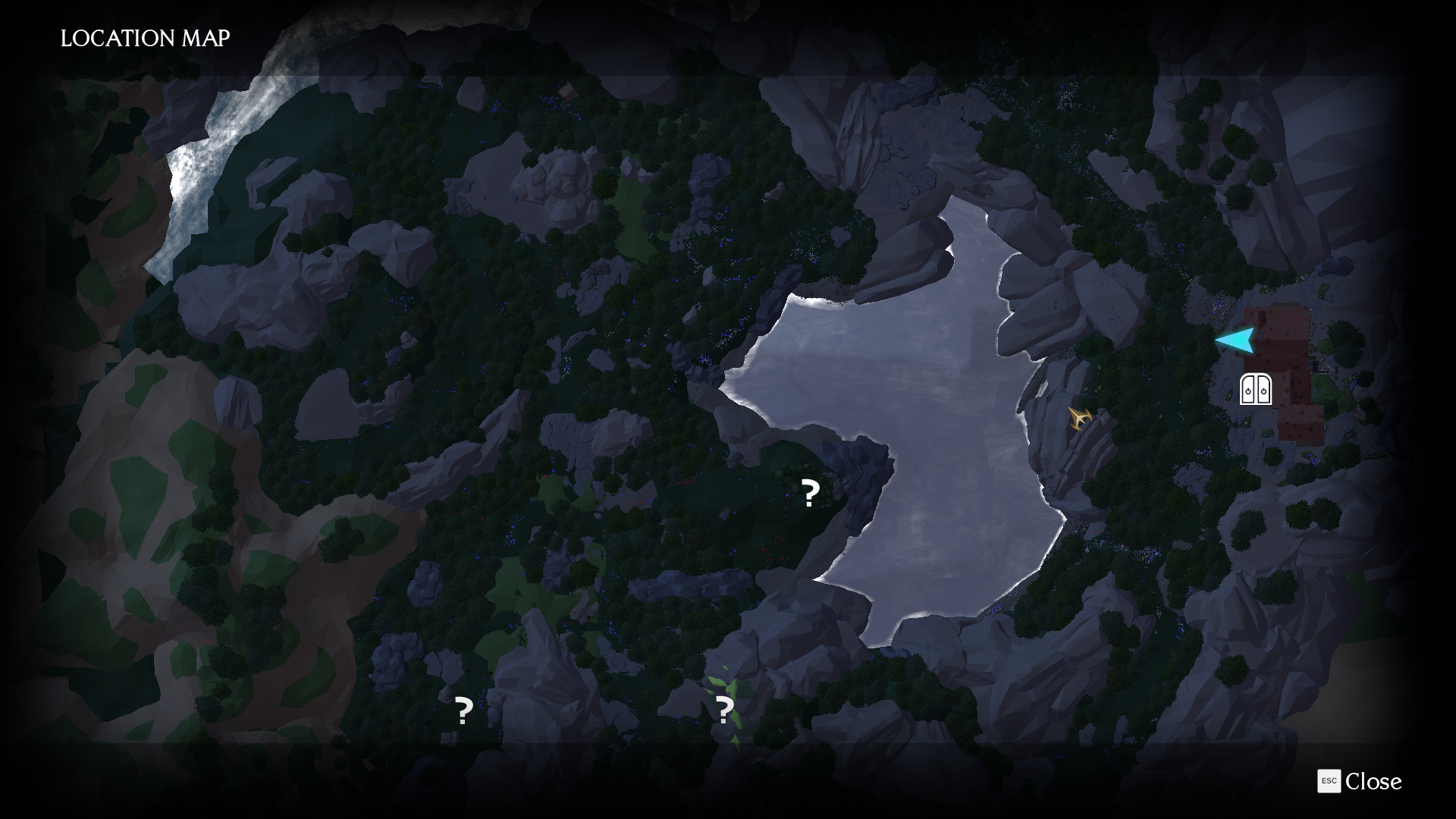 And boy, do we have some new locations to show! The biggest gameplay change the recent updates bring is the combat system overhaul. After spending quite some time brainstorming and considering our options, we decided to let go of the multi-party combat. While the concept of managing a small army of characters simultaneously using vague indirect commands sounded fun in theory, based on our playtesters' feedback, it was making battles extremely unpredictable and very hard to read. While some of us in the team loved the uniqueness of the system and the feelings it gave the players when everything aligned, we still felt the frustration caused by when things weren't going as planned wasn't worth it. So, in the end a decision was made to streamline the combat while keeping intact the overall feel. 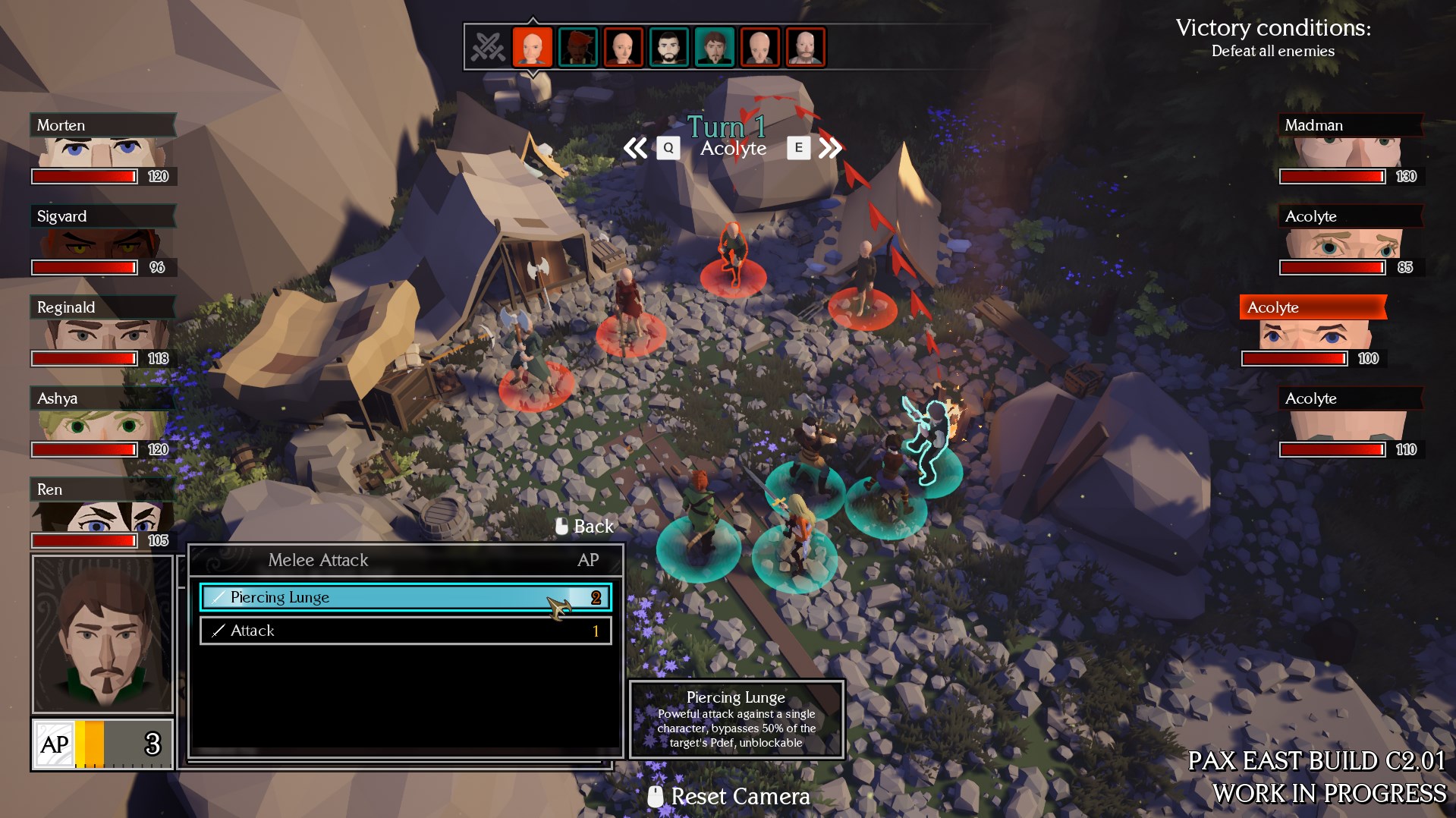 So, to summarize, here's what's happening in the new combat: 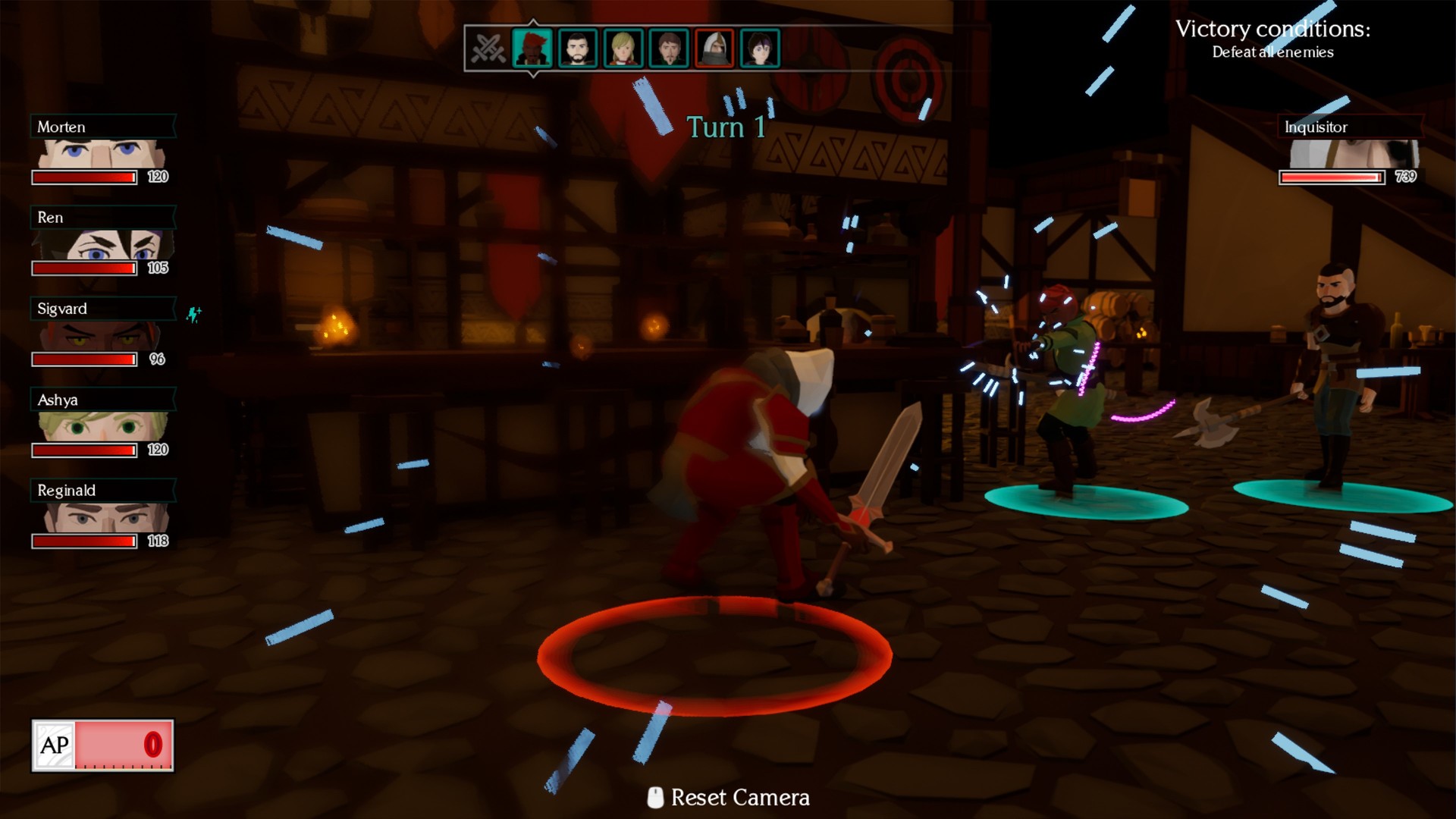 With this, we're hoping that our new combat system, while retaining its unique look and feel, will also be much more accessible to both new players and JRPG or CRPG veterans.

I'd definitely be interested in hearing our players' thoughts on the changes, and there's a good chance we'll be doing a closed test of the new mechanics and content in the foreseeable future. So watch this space for upcoming announcements! 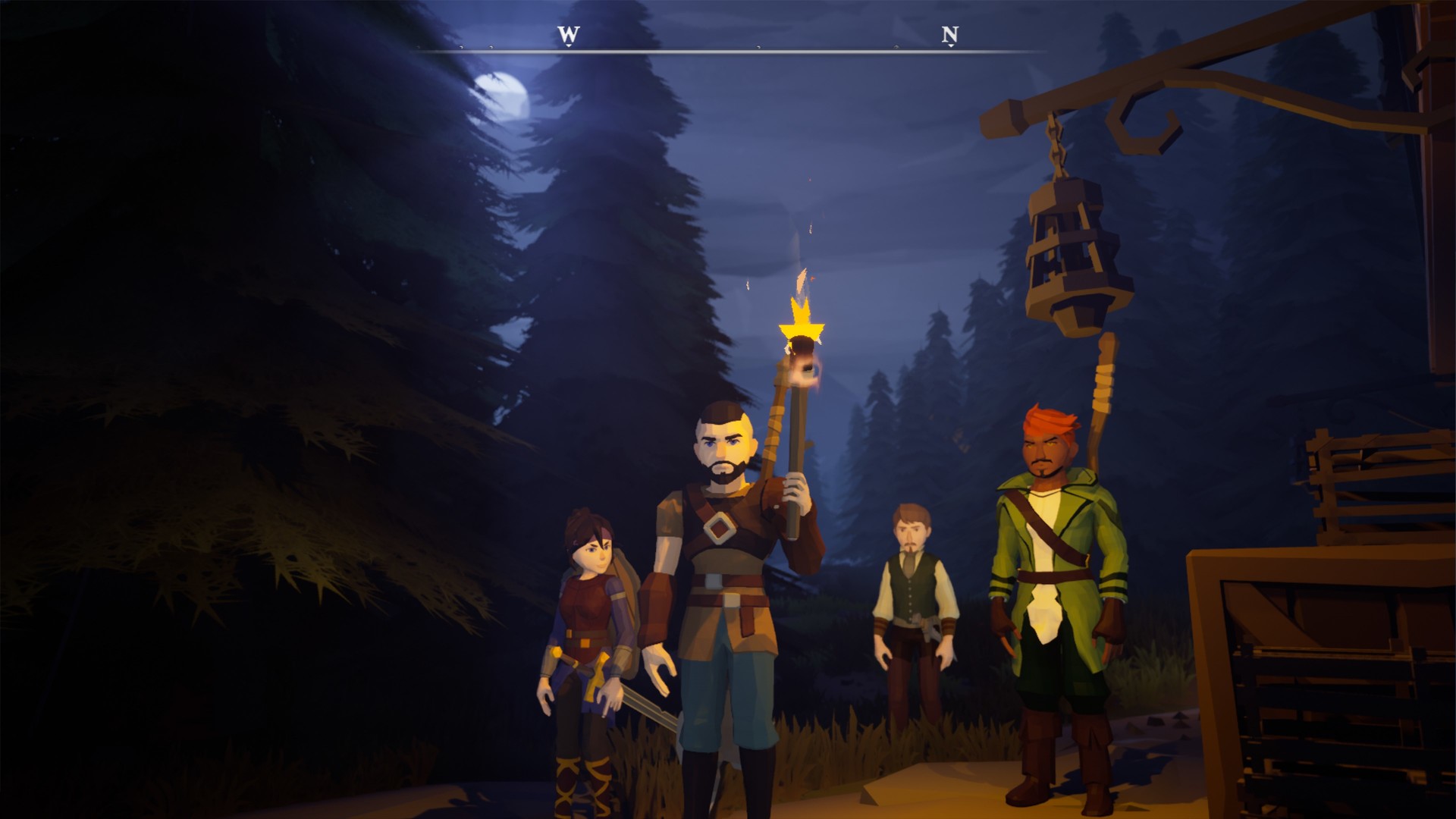 A torch to light up the darkness

Finally, a quick announcement regarding the old alpha build files: we're archiving them to avoid any confusion with people playing a very old version of the game which uses placeholder assets and outdated mechanics.

As mentioned a couple of paragraphs earlier, we're planning to have some closed tests down the line. If you're interested in participating, follow us on Twitter and join our Discord so you don't miss any announcements!