We discuss new gameplay features like walking in the Z axis, enemy patrol, chase movement and general AI and we show those off in a video.

Things are coming along. We've got the bare-bones of the new terrain now, though still not quite enough to start putting things together properly. For the time being, that means you're going to have to settle for more rough draft kind of stuff.

As you can see, we've been working on adding some more camera movement to the Z and on the enemy patrol and chase movement. In this video, that little reddish orb is an enemy (don't worry, just a placeholder) and you can see some of the path he's set to follow. As discussed last week, we set nodes to tell it where it needs to go, and Mihai has included a funny little tick box called "Ping Pong" which means it repeats the path backwards at the finish.

If the player were to get in front of the enemy, it would start the chase routine, doubling speed and running at the player to eat him. Needless to say, that animation is yet unfinished.

If you strain your ear, you can hear the sound of the cloud dinging when the player jumps on it and the rain falling. The rain is used to kill enemies underneath. That means we'll need to fix the camera so more of the bottom is visible when the player is up high.

Overall, I'm pretty happy with the layout here. The enemy is set to jump over obstacles properly, which should add some more tension to any chase moments.

In case you've forgotten what our old enemy looked like, here he is again:

At the moment, I'm putting poor ForteSounds through hell by nitpicking the Cloud sound like crazy. My ears are apparently broken because all the cloud sounds seem too metallic to me, and I want something very very soft. He's now made so many versions, we're approaching the tenth one.
Luckily, he's keeping his ire hidden from me so I can just go on pretending I'm not annoying the crap out of him.
Poor guy. Well, that does it for now.
Don't forget to follow us on Twitter! 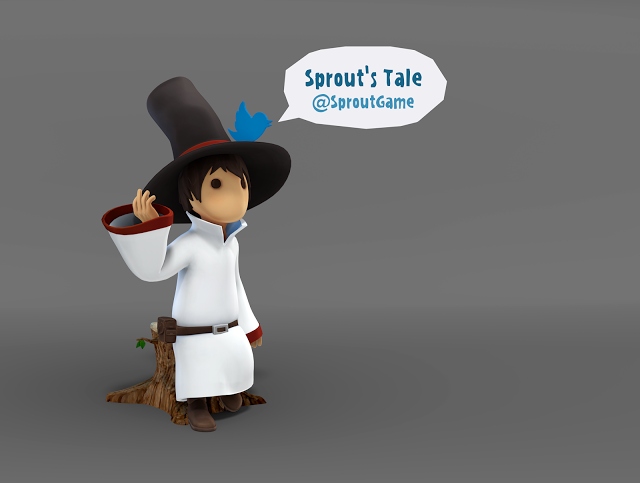 "My ears are apparently broken because all the cloud sounds seem too metallic to me and I want something very very soft."
Are you sure it's not just poor audio-equipment on your side? :D <- Serious question.

Ha, yeah it's not the audio equipment because I've tested in several places with different speakers.

But yeah! I like the depth moving stuff, I think it's looking great. It's a delicate feature now and we have to be really careful about how we use it, but I think it should make for some interesting experiences.