Posted by EleonGameStudios on Dec 23rd, 2015

Just in time for the Christmas holidays, we are very excited to announce the release of the next big milestone in the development of Empyrion: the Solar System! Version 5.0 is here – and it will change the way you will experience the game to some extent.

We have prepared a new teaser video for you:

1. The Solar System is for real!
Five planets, an asteroid field and a moon, squeezed in a few thousand square km of space. That’s how Empyrion - Galactic Survival presented itself to you, since we released the first public version back in August.

Until now...with Pre Alpha v5.0, we have moved the planets far away from each other, now counting in AU (1 AU = Distance sun-earth = ~ 150 Mio kilometers), not kilometers anymore. 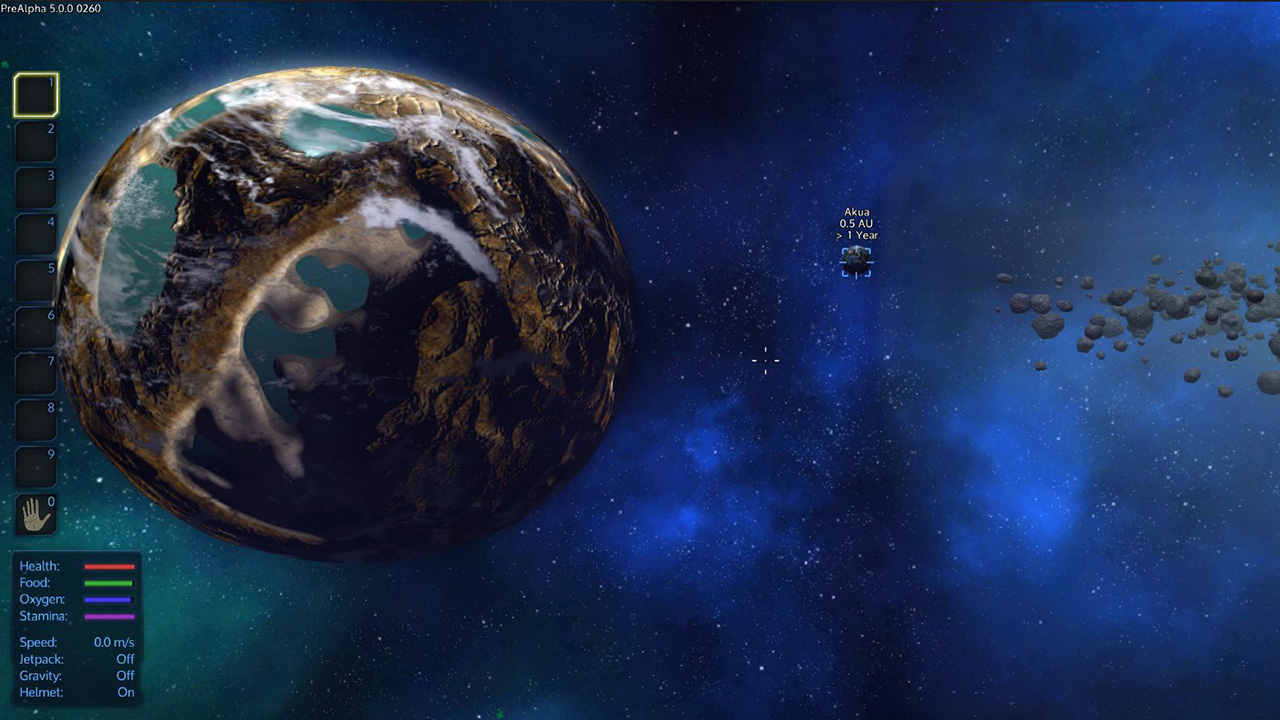 This results in some gameplay changes: you won’t be able to fly straight to a planet just with the standard thruster propulsion of your SV or CV. You need to build a warp drive! Warp drives are – as this is the FIRST iteration of this new gameplay mechanic – only available for Capital Vessels.

How to make a warp jump:
a. Add a warp drive to your Capital Vessel
b. Get into the cockpit of your CV and open the map (M)
c. Select a destination from the list on the left and click “Lock target” on the bottom right.
d. If your target planet is already in your field of view, a blue rectangle will show up. If the target-planet is out of sight, a blue arrow will show up on either side of your screen. Turn your vessel towards this direction, until your target-planet gets in sight and shows the targeting-rectangle.
e. Move the crosshair of your ship in the center of the blue rectangle.
f. Make sure, everyone on your CV is sitting in a passenger seat.
g. Accelerate to at least 50m/sec, then hit K (default button) to activate the warp drive

[INDENT]Please note: as this is the first iteration of this game mechanic, there are some limitations
- warp drives do not yet use up fuel packs!
- all players on your ship need to take a seat in a CV-passenger seat ahead of the jump
- You cannot jump or even move if you have passengers sitting in the cockpits or passenger seats of docked vessels![/INDENT]

Landing of Capital Vessels has no size or weight limitation yet, as we did not want to introduce a “hard limit”. 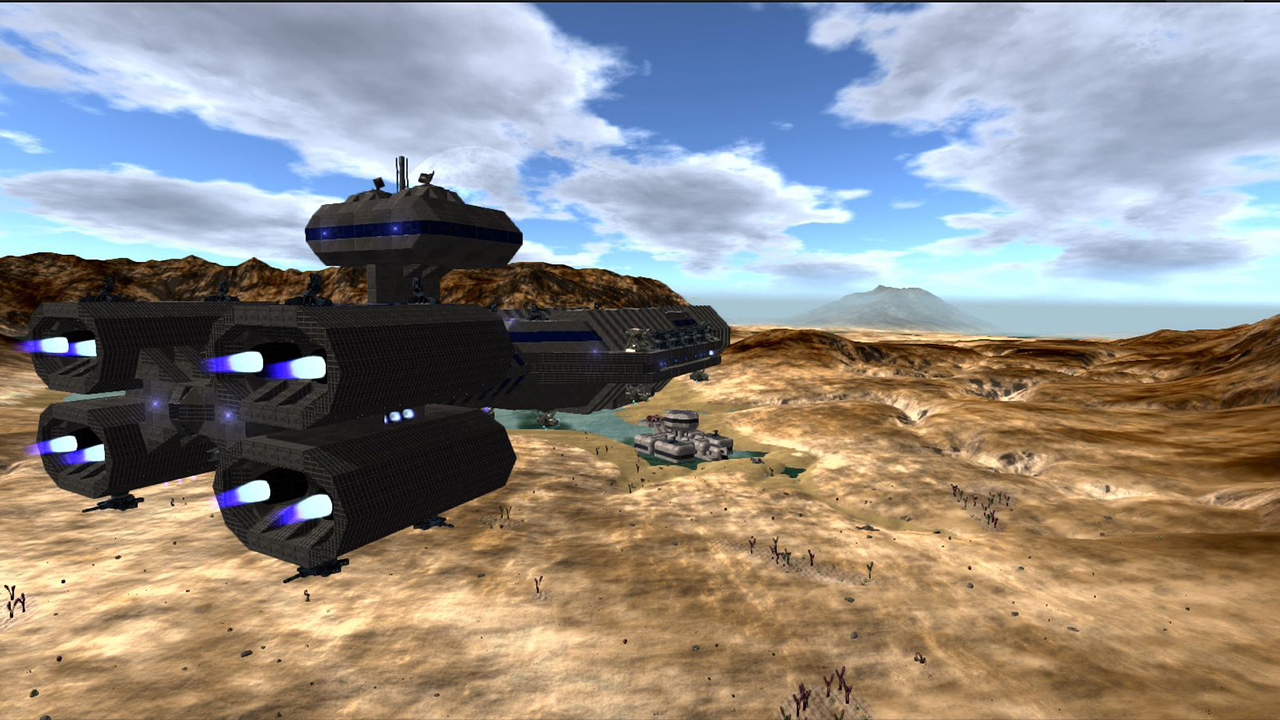 We will refine the whole vessel-planet behavior in a later stage of the development, maybe your behemoth will later struggle to land – or start – because of structural integrity, power-consumption, thrust or other, new gameplay mechanic related reasons. As this is our first iteration, we had to add at least a few technical- and balancing-related rules:

- CVs are allowed to be landed on planets, BUT they need to be constructed in space. This may change in the future, depending on the upcoming development plans.
- Most CV ship weapons won’t work on planets. Think of how those giant calibers would ionize the whole atmosphere! This rule is also a result of some compelling PvP balancing reasons: CVs on planets are not geared towards being devastating flying fortresses, crushing weaker players, but giving you the possibility to create kind of a mobile base which, after all, needs to be protected and is at risk if flying solo (like an aircraft carrier of today).
- This results in CVs are prey on a planet for nearly everything that carries a bigger weapon, so we added two defensive turrets to allow a low level “planetary defense”.
- You can now dock HVs on a CV: We have added a new set of docking gear for HVs! HVs are docked like any SV: Move onto a CV, lower it to the deck and it will auto-dock. To undock, just power it up, rise the flight-level (SPACE) and you are good to go.
- All passengers/pilots of docked SV and HV vessels need to move to the passenger seats of the CV.

Please note: All the weapon and building limitations are both intentional and a result of this being the first iteration of this mechanic. This may change in the future, due to new options opening up in the course of development.

Important information for Server Providers:
- Given that there are now much more playfields as before (11 playfields), and although the automated playfield-mechanism powers down empty playfields, it can happen that all playfields are active if at a given time there is at least one player in each playfield
- Thus, we recommend limiting the max number of players via “dedicated.yaml” if your server is not powerful enough to run that many processes in parallel 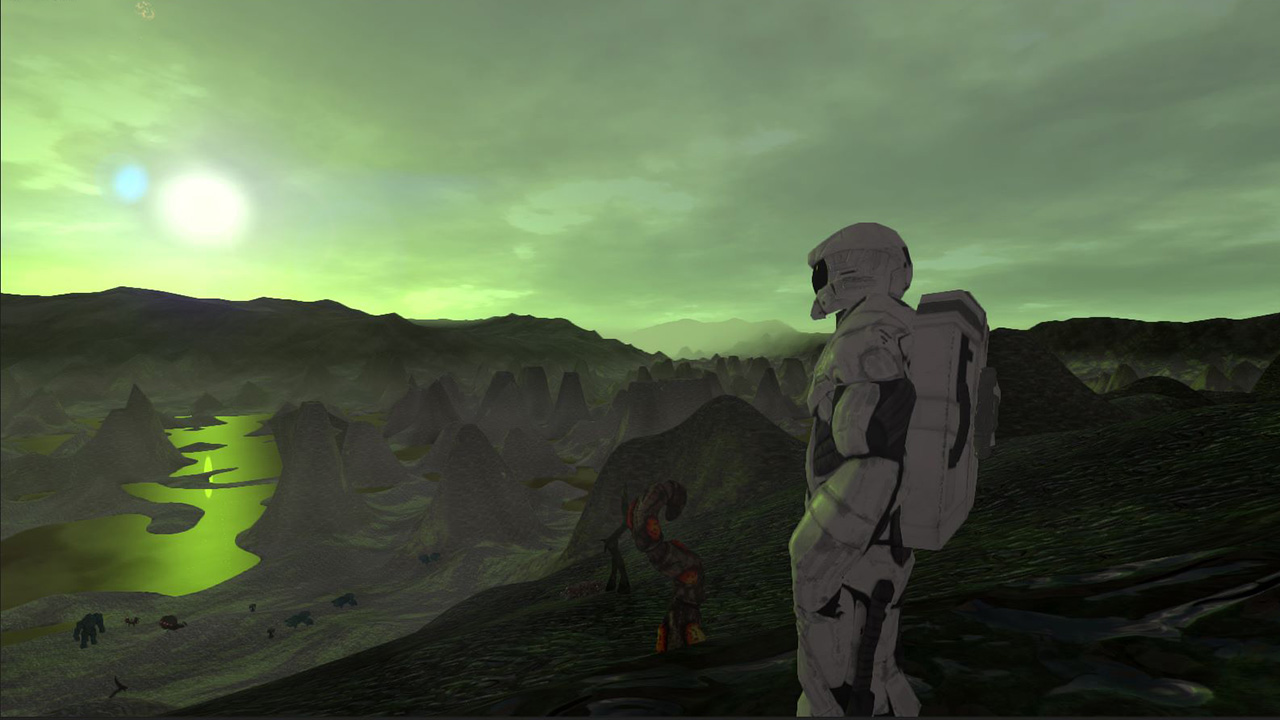 ...and some of its creatures: 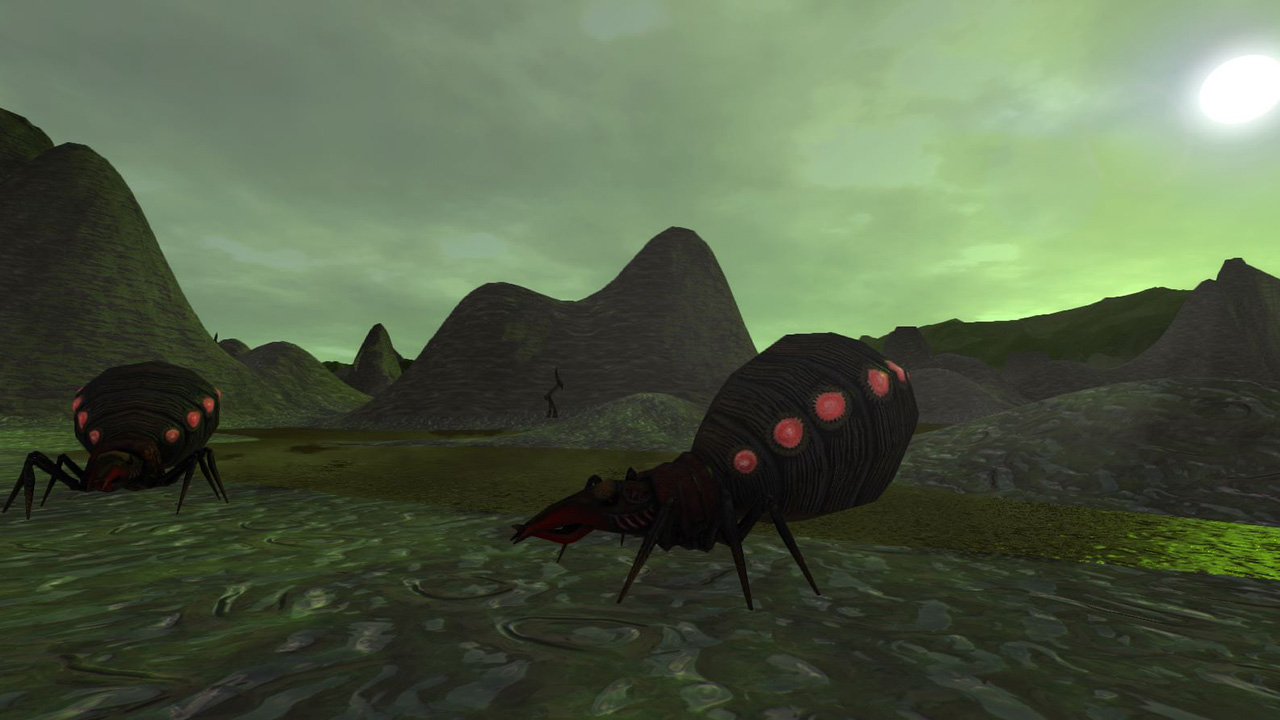 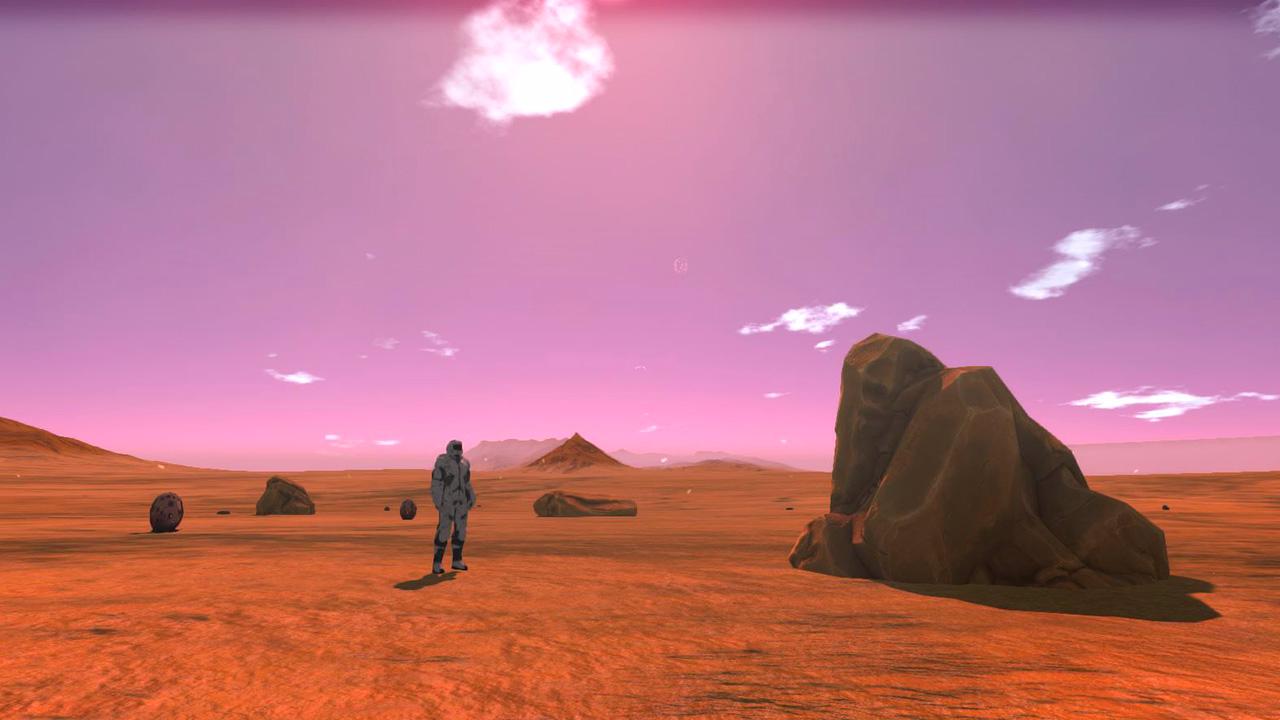 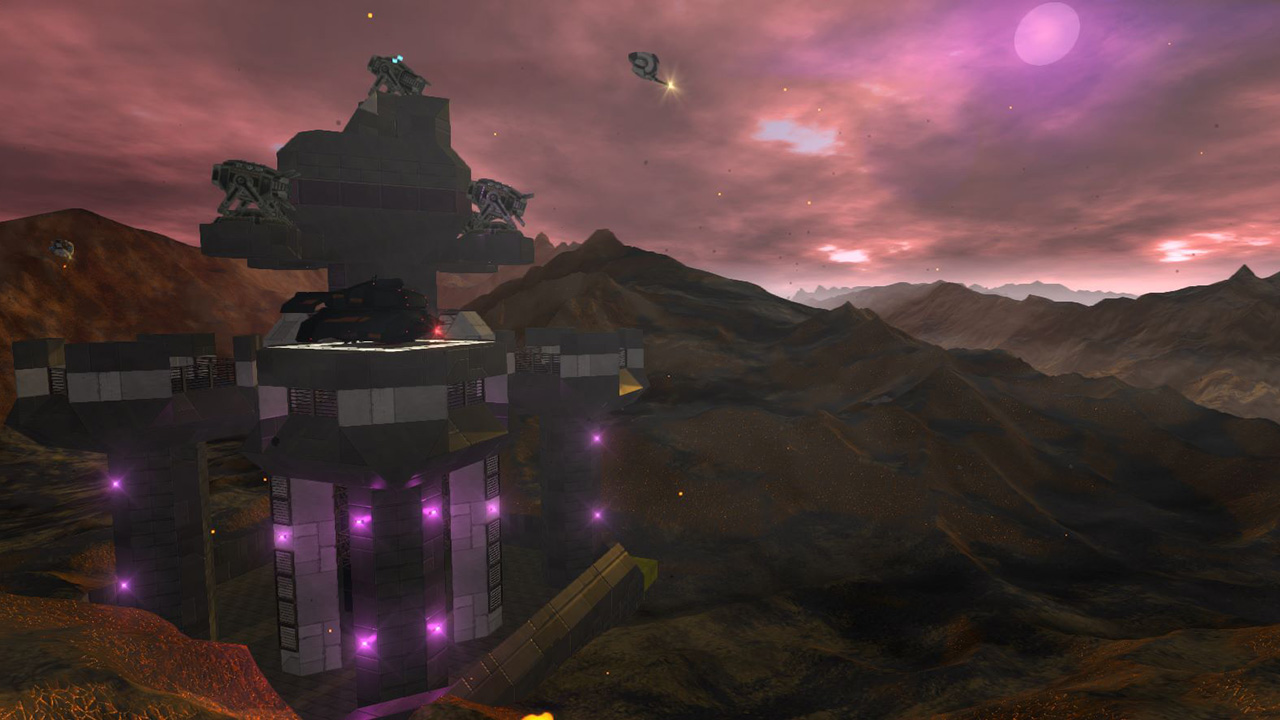 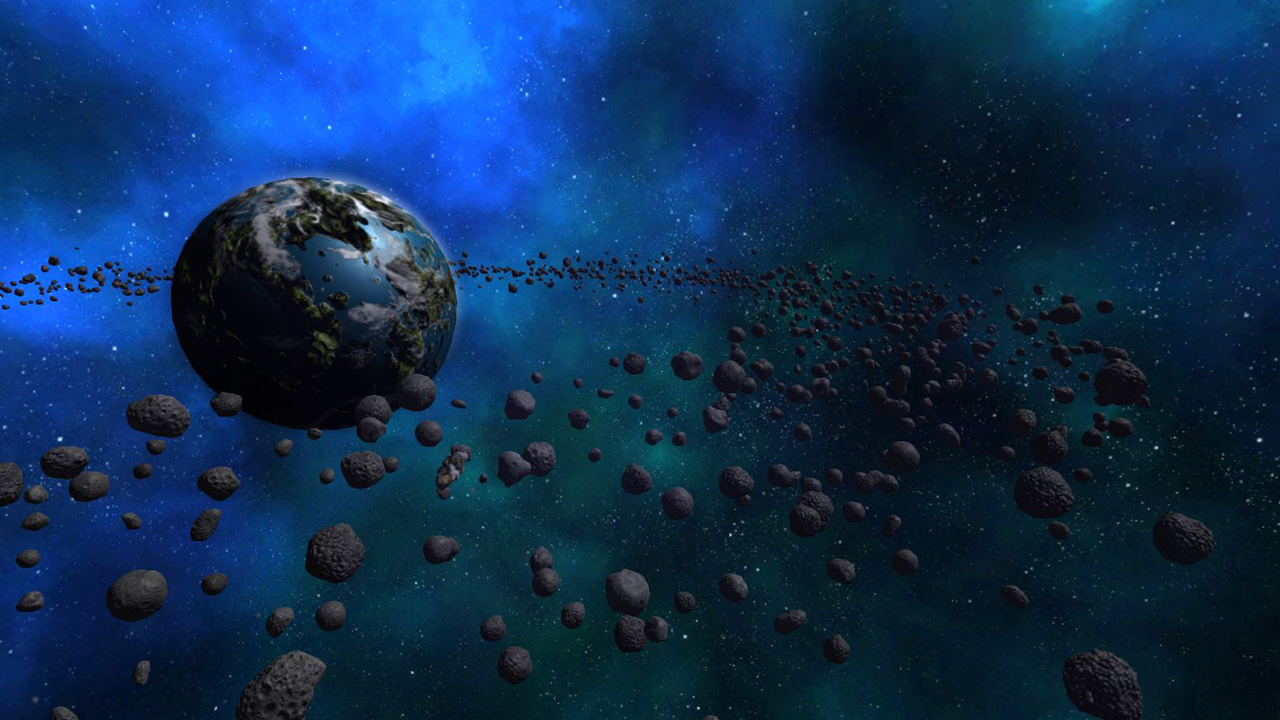 Even though we ensured save game compatibility with previous versions of the game, we recommend starting a new game (especially on dedicated servers because the spawning bug fix will only work in new games). Please note that everything you built in space before PA 5.0 is now in Omicron Orbit (i.e., if you resume an old game on Ningues and leave the planet, you will be in Ningues Orbit but your previously built stuff is in Omicron Orbit - some AU away)

Main Features:
- Solar system and warp jumping
* The new solar system consists of 8 planets, 2 moons and 3 POIs (new planets: alien, desert, barren and lava) distributed in many sectors
* You need a Capital Vessel and a warp drive to jump from one planet to the other
- Added dynamic playfield server management (now only playfield servers that are populated are loaded) which leads to less memory usage

Other Features:
- Added new creatures: 2 alien bugs, 2 golems (swamp and ice), 1 new variation of the desert worm and the armored golem that you know from our 1st trailer (he will defend some POIs)
- Capital Vessels can now land on planets and take Hover Vessels with them
- Added several new asteroids fields (e.g. rings around planets)
- Added possibility to sort for ping and players in Server Browser
- Radar map in space uses a logarithmic scale for far away objects and added compass for radar map on planets
- Private and foreign players/structures don't show on the big planet 3d map ( M ) any more. However, they show up in the top-right radar map, if you are close enough. Visibility of POI and resource spots remains unchanged.

Am I the only one who thinks this is extremely similar to Space Engineers?

but based on pure survival... SE lacks in that section.