Now the first thing to bare in mind is that our main inspiration actually comes from SimTower. Now you might say: "SimTower is a 2D game". Yes you are right, however we want to try and recreate some of that experience in a more modern fashion and in 3D. Now this doesn't mean that we're going to make a remake of SimTower, so let me share some high level features we plan to put into this game.

In order to make the game interesting and unique each time the player plays it we want the building to be dynamic. This is the case both horizontally and vertically.

That means that you will be able to expand your façade over any surface you like, there is no fixed footprint the building has to be within except for the bounds of the map. build it the way you like it to be.

When constructing new floors you won't just be able to go upwards but also down into the underground. We have some ideas in this area such as possibly constructing parking spaces, introducing underground train stations or garbage rooms for instance. This still needs a bit more design and thought for it to be done right, suggestions are of course welcome. 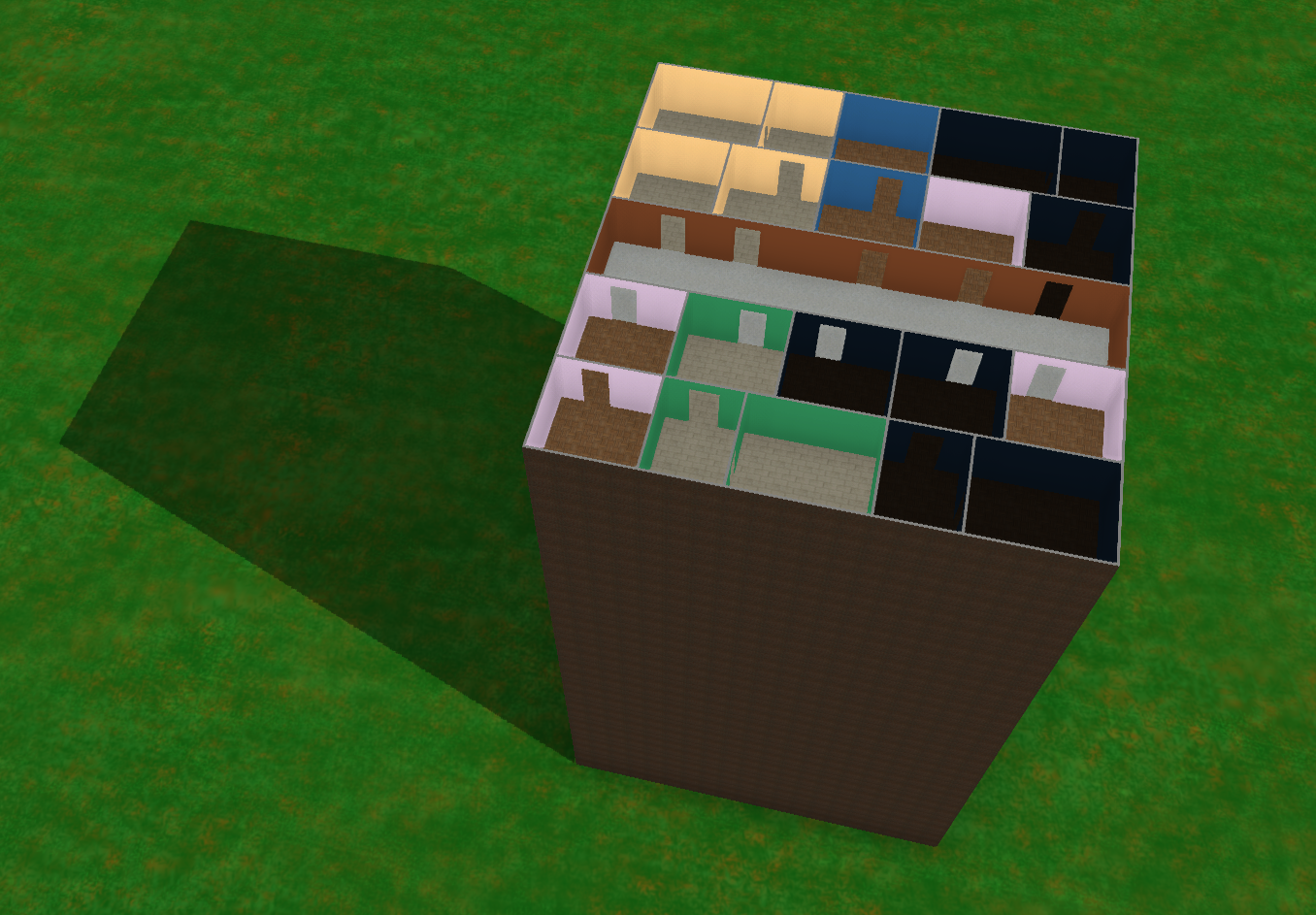 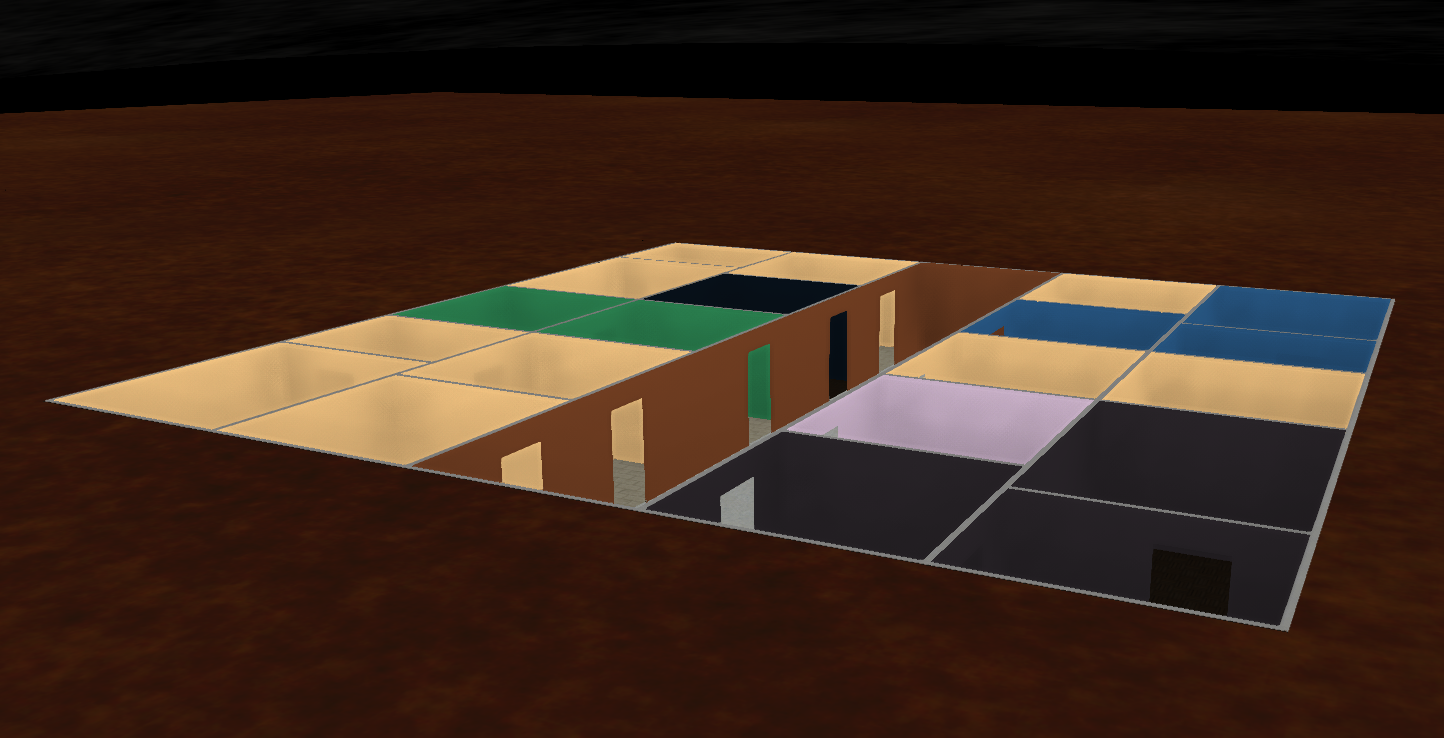 Now this sounds a bit more boring that what it probably is due to the word static. However what this means is that rooms will be pre-designed, more on this in the Modding section below, and during game-play you will simply pick the room you wish to construct and place it. This is because we want to avoid micro-management of rooms, a room is placed and then it will either be rented out or sold. Now that's the simple version and in reality there will of course be more factors to it as the building's population is simulated.

Of course we can't have a building that spans over several floors without some way for people to reach the other floors. Here enters elevators, escalators and stairs. We're still in the planning phase of how exactly these will work but rest assured they will be there.

Item construction, both indoors and outdoors

Now this one is pretty interesting, remember I mentioned that we like to avoid micro-management of rooms, yeah that one. Well we still want you to be able to customise your building with items such as flower pots, statues or other things that will provide a benefit to the population of your building. There will be both indoor and outdoor items, for instance imagine creating a grand entrance to your building with a red carpet and big plants or trees leading up to the doors. That's the kind of stuff we'd like to see.

What would a game like this be without modding? Yeah that's what we thought so the game is being designed from the ground/basement and up with modding in mind. Did you notice the pun there? We think player contribution is a big part of a game and it will give the game longevity by offering player made content that others can try out. It also gives modders a chance to show what they can do and get recognition for it.

Now modding doesn't just mean that you will be able to create models to use in the game. We want you to be able to construct rooms and then also script their behaviour on the population. For instance you might create a fast food restaurant and have a script attached to it which upon a person entering or leaving the restaurant the script modifies one of their properties such as hunger, happiness or tiredness etcetera. There are lots of possibilities here, we have plans on allowing scripting for much more and we'll release more information on that later.

Finally, we can't just say we'll be doing modding without providing some tools for it, therefore we're planning on providing an editor which will allow you to create new items, rooms and scenarios for your mod. More information will be available on this later as well but I thought it was worth a mention.

Now as you can see we have a great deal of stuff planned for the game but most of all we'd like to invite you all to participate in the design of the game to ensure that we're actually producing something that players want.

me too i love it