This is the first blogpost of 2020! This year is super exciting for us, because not only are we going to release The Last Spell, we also have other exciting plans in the pipes!

Just before the holidays, we made a new version of the game. So, last week, we’ve been testing it quite a bit. It was fun, because we can see some people already trying their very own strategies! 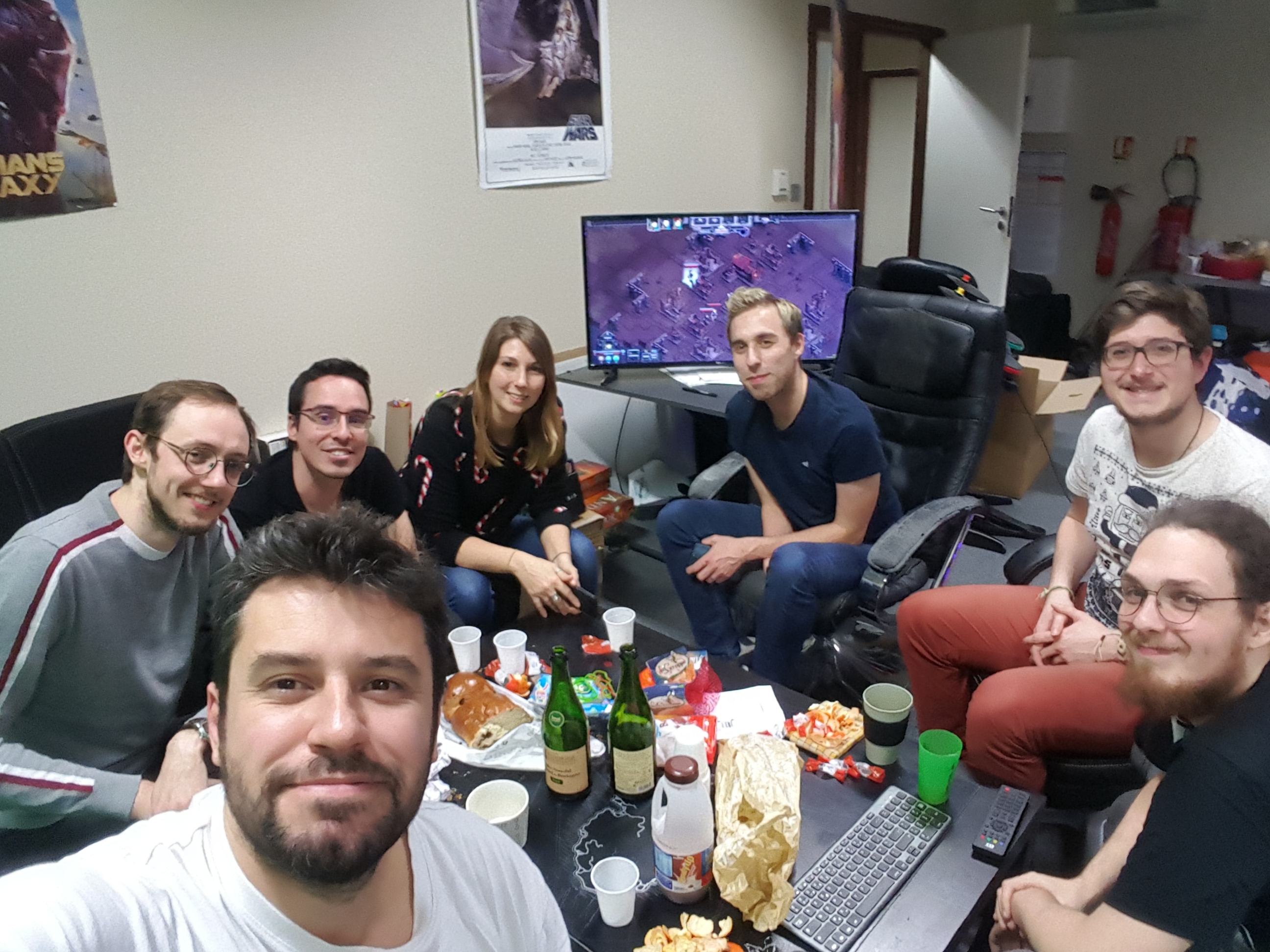 We had a little party to celebrate the new version of the game!

Anyway, we just wanted to wish all of you a happy new year 2020! Now, onto the very first blogpost of the year…

How do skills work in The Last Spell?

Today we’ll take a closer look at the skill system we designed for The Last Spell.

In our game, skills are active powers that you can activate during battle (or during the day) in exchange for Action Points, Move Points, Mana and/or Ammos.

Some of the skills you’ll be able to use

And we even have a few contextual skills given by buildings, for example you can “scavenge” Ruins, climb into a watchtower, etc… 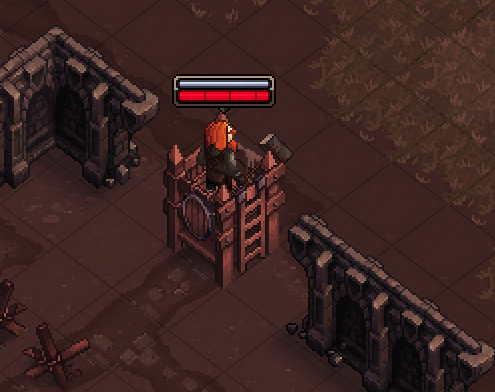 Quite useful when you have long range skills!

So yes as I said in the last blog post, none of these skills are tied to the character or their class, since we don’t have any class. You’ll be able to customize your little party exactly the way you want. Characters gain perks when they level-up, but they are more like passive buffs or special effects triggering under certain conditions.

At first, we planned to have active Skills in the perk tree, but we prefered to keep it cleanly separated, since we already have some pieces of equipment like the trinkets or offhand weapons that will serve the purpose of adding some specific unique skills to a character, besides their weapons. That’s not something carved in stone, but that’s the spirit for now.

As the main source of Skills, let’s take a closer look at how the weapons work in the game.

Some of the weapons in The Last Spell

With the system we designed, virtually every weapon can have its own set of skill. Of course, we designed some patterns so that it makes some sense… For now, we have designed some “standard” equipment that will make the bone structure of the weapons you’ll encounter. They are divided into types and sub-types, but for now let’s just take an example, the “One Handed Sword”.

One of the skills of the 1-Hand Sword!

We have a basic template of standard 1-Hand Sword with a designed set of skills and stats, and we replicated this template into 5 levels. Each new level of 1-hand sword has better basic stats and sometime a new, better skill on top of the existing ones, as well as its own art.

A “Behind the scenes” sneak peek: one of our game design documents! 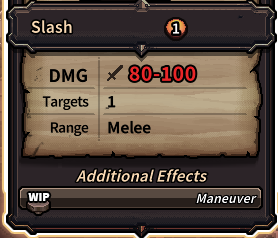 And here’s the result ingame!

For now, we decided on 4 skills for 1-handed weapons and 5 for 2-handed ones. That’s because you can equip an offhands weapon with the one-handed weapon, and it often brings their own skill on the table.

That’s for what we call the standard equipment. With this system we have a good amount of weapons which keep the same “spirit” each time you encounter a new one. But we will also have what we called “unique” weapons, that will be derivated from basic ones and override the basic template. Think about a poisoned scimitar or a flaming sword, if we stay in the 1-hand sword “type”.

There are a lot of parameters we can work with to make a skill!

First, we’ll define its range. Basically, it can be Melee or Distance, and for the “Distance” types we have an actual range in tiles numbers, and wether the skill is “cardinal” or not (ie. crossbows) and is subject to Line Of Sight.

We’ll then define the pattern of attack of the skill. It can go as far as massive 9×9 tiles AOE patterns, or some more exotic ones.

Examples of the patterns you’ll find in The Last Spell

Then we’ll define the Damage of the skill. Each weapon has a basic DMG value, and the skill will define a % of this basic DMG that will be applied. Most of the first skill of our weapons will make 100% of the basic DMG of the weapon, but some skills can go as far as making 300% basic DMG. Of course these kind of skills will have a higher cost.

Speaking of which, we’ll also define its cost. Every attack skill will use at least 1 AP, and stronger ones 2 or even 3 AP. Some attacks will also use MPs, and possibly Mana and/or Ammos. Ammos are directly tied to Distance weapons like bows or firearms, but Mana can be consumed by any weapon, even non-magical ones, for strong skills. Of course, magical weapon will be real Mana sinks and will need high Mana characters to be wielded effectively, but even your 2-handed axeman could benefit from a few Mana points to unleash hell.

You’ll have a nice choice of attacks in The Last Spell!

Damage type is pretty easy: we only have Physical and Magical types, and it is set by skill, so we can come up with a sword that has 2 physical skills and 1 magical one. (as a reminder, Magical DMG completely ignores the target’s Resistance value).

The last element we can use when designing a skill is the use of some special effect. We designed quite a few already, for example basic ones like Poison or Stun effects. But we also have some more complicated behaviors, like movement, multi-hit, propagation… I’ll talk a bit more in depth about those another time, but they add a lot more meat to the basic skills we can already design.

Anyway, I think that’s all we can say for the skills right now! See you next time, survivors!

Looks like this is progressing really nicely, keep up the good work guys :)