A write-up of my thoughts on my Ludum Dare entry, Shifting Dungeons, and what I intend to do for the upcoming versions of it.

This weekend was the thrice-annual Ludum Dare game jam. The rules for the competition are simple: working alone, you must create all game assets yourself and come up with a complete game in 48 hours to abide by a predetermined theme. There's also a more relaxed 'jam' version, with a 72-hour time limit, in which you may work in teams and use assets from online, but because I must be a masochist I entered the competition version for the fifth time in a row. These game jams are a bit of a habit now!

The theme is voted on by the community beforehand in several phases (and is almost always terrible), so this time we got stuck with 'Shapeshift'. Immediately the idea of shape-shifting dungeons came into my head, because I've been hanging out with people obsessed with making Mystery Dungeon-like games for far too long (James, I blame you. Unless you're a different James, then carry on with your day). I've basically made a dungeon crawler-meets-my Ludum Dare 32 entry, but it has a twist! 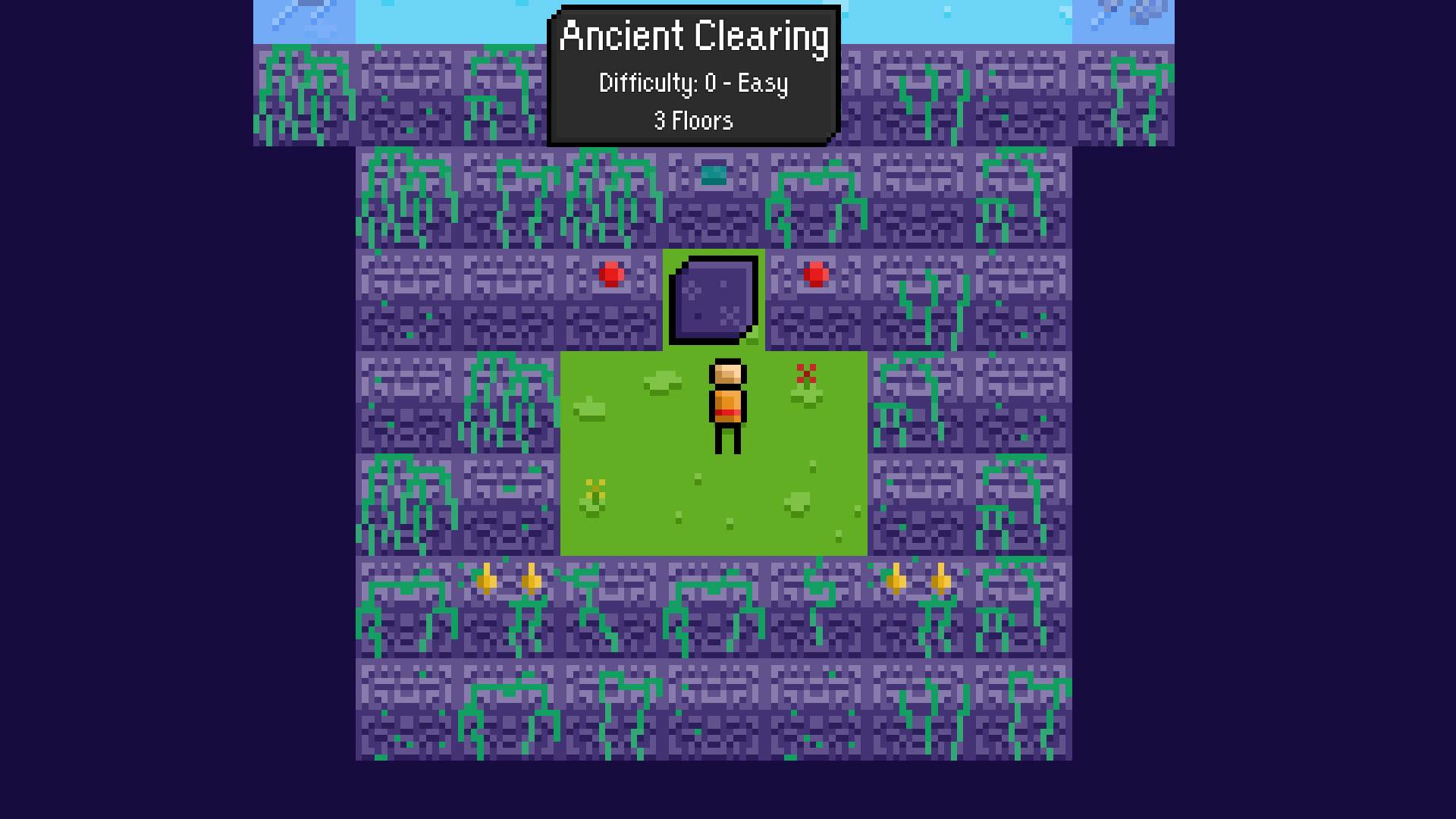 In some tile-based dungeon crawlers, such as Pokemon Mystery Dungeon, players and enemies move simultaneously each turn. However, to avoid having to create a tile-based turn system, I've allowed players and enemies full 360-degree movement. To keep things somewhat 'simultaneous', enemy and bullet speeds are tied to the player speed. Think 2D SUPERHOT. This allows the player to stop for a moment and think: do I shoot the enemy's bullet down before it hits me, or move to the side and shoot them directly? It's the closest analogue to a turn system I could think of in a continuous game other than each character moving in turns of, say, five seconds each. Which would have sucked. 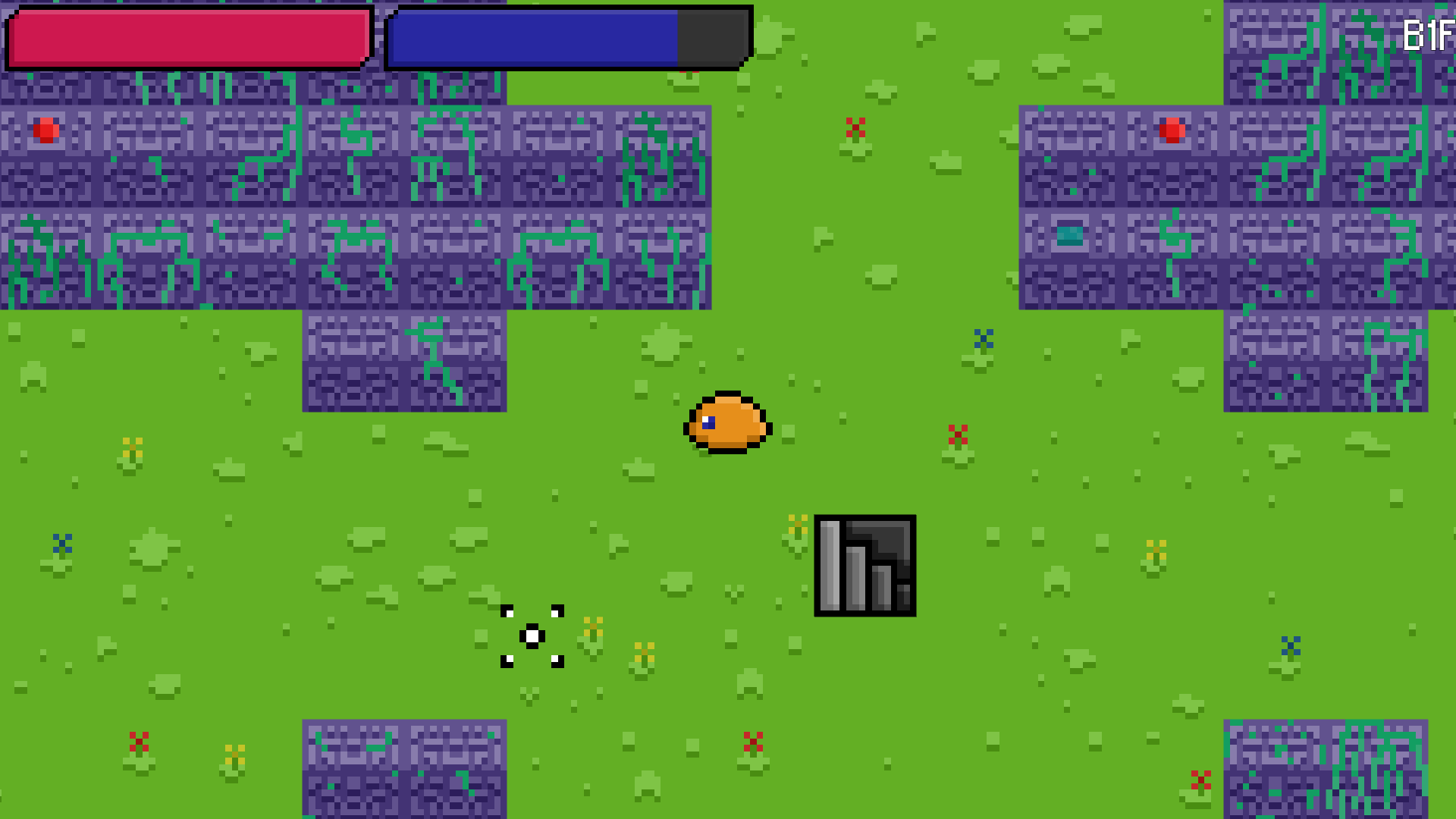 I also added a couple of powerups for the player, and had planned more that got cut due to time constraints. Currently, there's the axe powerup, which turns the player into a massive slab of metal on a stick that ups attacking power massively and increases defense. There's also a slime powerup that turns you into an amorphous blob (in the style of Dragon Quest's slimes) and lets you shoot bullets that slow enemies (or, well, they would if they weren't bugged in the release version). That brings me to the next feature: bugs! 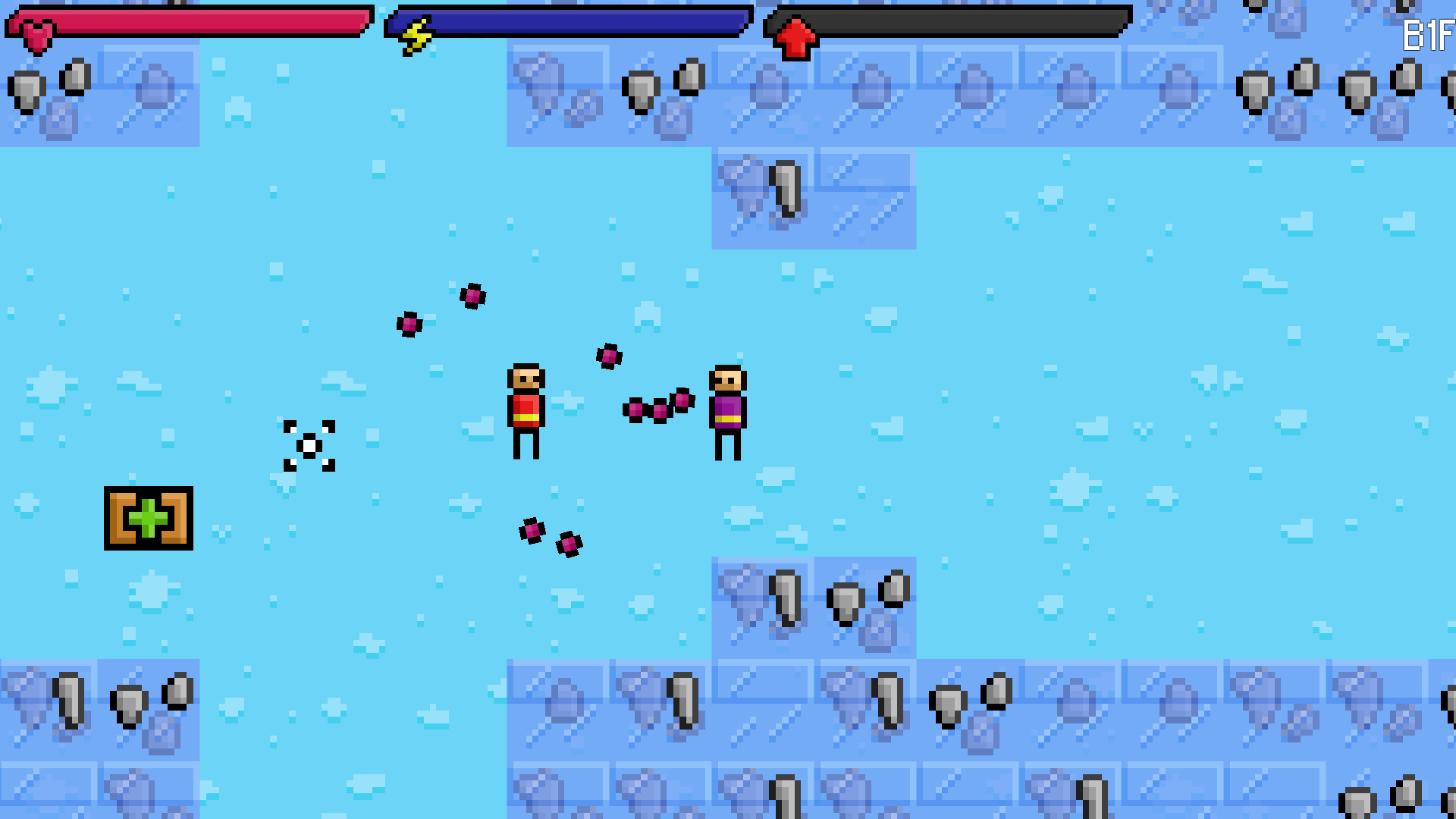 In the release version of the game, there were three dungeons. However, because of a wonderful bug on the lowest floor of the first dungeon, you can't access the other two - the player won't move once you reach that floor. It's a bug that took 5 seconds to find, one line to correct and was stupidly introduced right before submission - I immediately knew what I did wrong but hadn't thought to check whether the stuff I added would have any negative consequences. In short, I'm an idiot when I'm sleep-deprived. Above is a screenshot from the second dungeon, Glacial Rift, albeit taken after submission (I've been working on the game a bit since the deadline). There are a few smaller bugs related to combat, but they've mostly been figured out and weren't too disastrous. 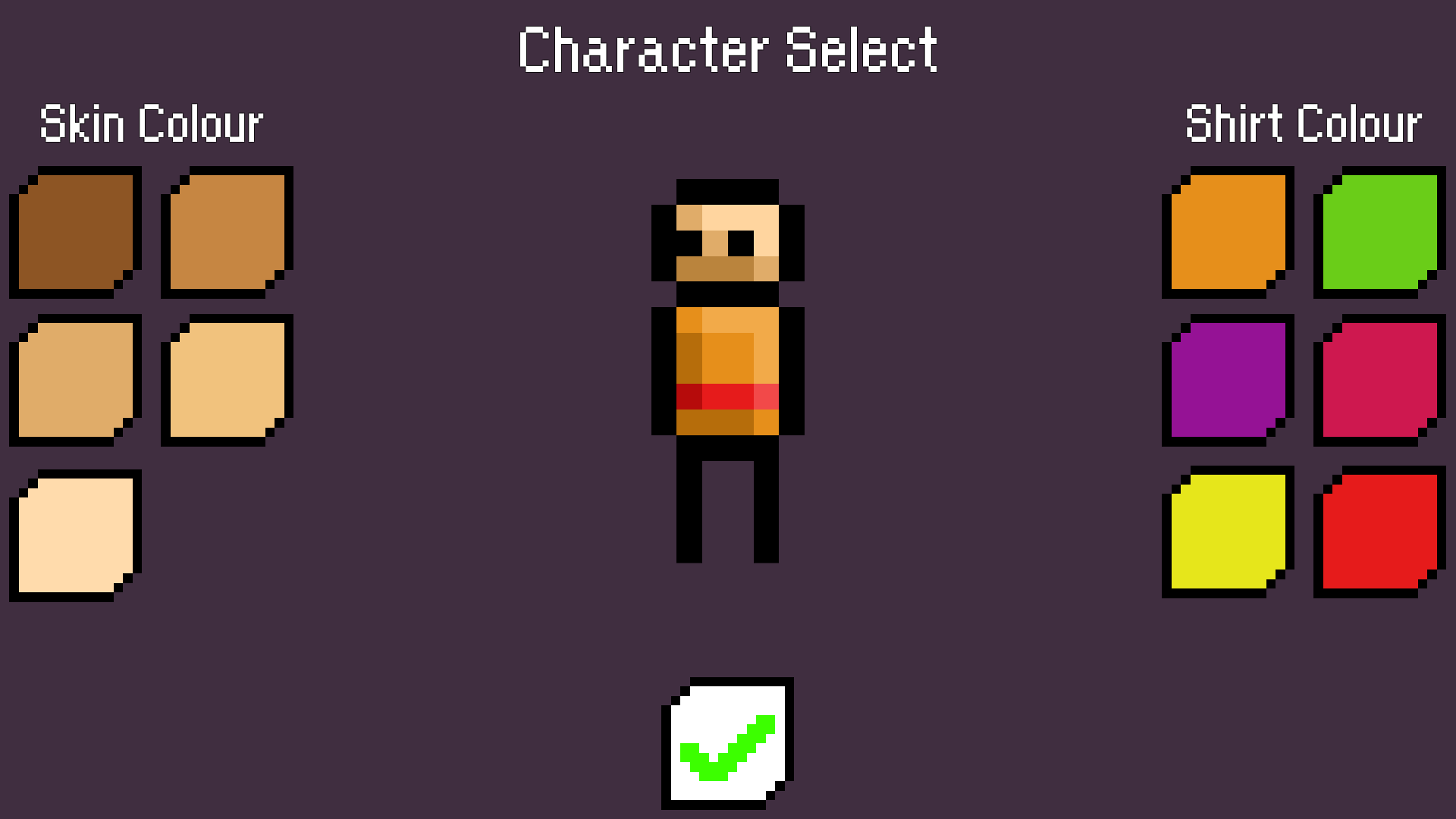 I had to abandon a couple of planned features, too. Originally, there were set to be more powerups - the Drill, American Footballer and Super Magician. The drill powerup would have let you tunnel through walls, while the footballer would have granted you a powerful charge attack that lets you vault through enemies at high speed. Transforming into the super magician would have given you a cape and made your magic attacks stronger, faster and larger. I also didn't get time to implement all the little flourishes I wished to put into the game - there are no particles (a disgrace, I know!) or death animations for either the player or enemies. The screenshake is also a bit weak in places - I'll probably increase the strength when enemies die. On the graphical side, I wanted to have a few more character customisation options, but at least that system was working entirely. I'd also planned a couple more varieties of dungeon theme, like City, Forest or Volcano, but I'm happy with the two that made it through (Temple and Ice).

First of all, I want to expand the selection and variety of dungeons. Three dungeons is a good tech demo, but two have the same theme, plus the generation for dungeons isn't very good currently, so I can definitely smooth out pickup and enemy generation and perhaps make the rooms a little larger. Maybe some dungeons have unique mechanics too - the ice dungeon might be slippery.

Second, there needs to be more variety of enemies. There's only one type of enemy and one type of AI, but I think the game would be more interesting with some enemies that use ranged attacks, some that attack up-close, and others that charge at you, for example. The enemy sprite is also just a copy-paste of one of the player sprite combinations too, so I also want to have different enemy sprites for each enemy type.

I've already got a ton of notes written down for how I'd improve this game, and that's just what I'm in the process of doing. I'll have an updated version up soon! In the meantime, you can play the game on the Ludum Dare website! Voting is still taking place, so if you also made a game for Ludum Dare 35, I'd really appreciate it if you voted for my game and left feedback!