Seul(Alone)The entree. Is the first part of a trilogy. The beginning of the darkness which unfolds into itself. There are others yes. However it isn't so much as to to who they are or what they are but more as to where you all are. You are a visitor and inquisitor. What follows, is nothing more or less than written words of absurdity. First hand experience is always a far better tool of judgement. Some are just born with tragedy in their blood you know.

Posted by ParanormalGameStudio on Feb 2nd, 2018

A philosophical thriller. Choose your own path Novella.

These three titles bring the story to completion but they all fit into another bigger game we have planned called Le Crumbs. 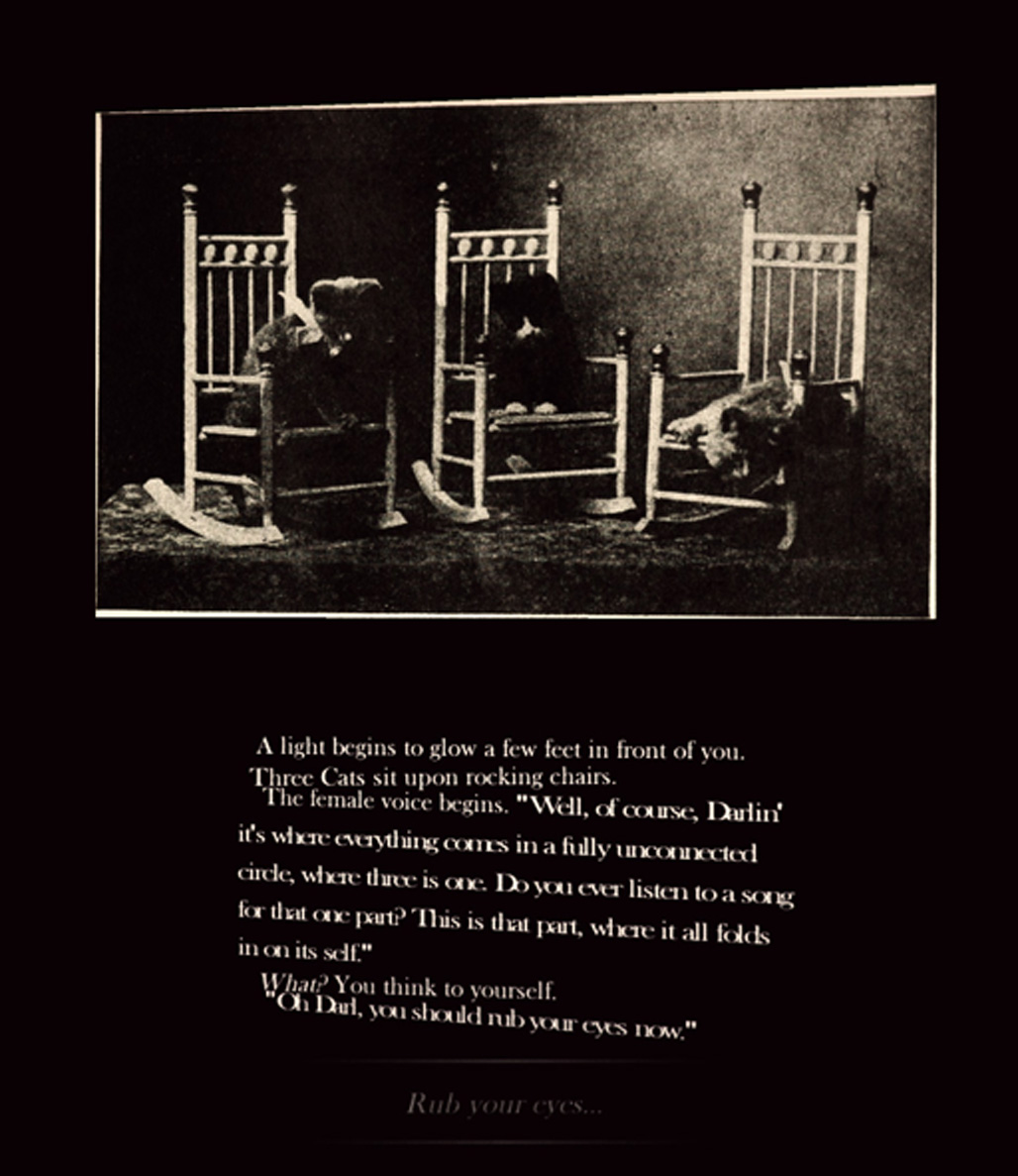 Le Crumbs presents a strange world where things are not at all what they seem. Although Seul.(Alone) fits into this other world, it is it’s own story and stands strong on itself.

I’ve always been a writer and story creator since I was a kid, part of the reason why I founded Paranormal Games was because I loved to create worlds and the stories that lived within them. Then being able to invite others into them.

The Video Game medium has this great potential to tell riveting stories and connect with the player quickly on a deeper level of interaction. The other great thing about a video game is the challenges that come with having to make that story fit in seamlessly with everything else that the player is having to focus on. When one reads a story or watches a movie the main senses at play are visual and audible. However a video game can press deeper throwing at the player movement around environments, skill, hand eye coordination, reaction, puzzle solving, investigation and various others but these are the main other elements being asked from the viewer while the audio and visual process are also telling the story. Which brings me to the point that in video games, the story can seep into all of these cracks and crevices. It can move, shift and fill whichever areas the designer wishes it too, creating a far more immersive storytelling than other mediums allow.

Because the story can be told using any or all of the above mentioned aspects it leaves the story feeling more wholesome and bigger then what it is, if done well. For example a part of level design can help drive a section of suspense that the story is driving towards. A prop can give a hint to something that later the story will touch on. A game mechanic is an integral part of the story or how the story is told, solving a certain puzzle rewards the player with another piece of information that builds or gives background to the story. A certain choice in game changes the story pathway. Or one of my favourites, the games world itself, its physics or props allow the player to create their own little story within the world.

Anyway I would love to write more on this but for now we’ll get back on track.

Is a philosophical thriller, meaning it is a thriller based on thrilling philosophical ideas and contains horror elements. From nihilism, existentialism, surrealism, solipsism and absurdism. A narrative told with these ideas kept in mind. I wanted to play on these thoughts but also present some Lynchian kind of world where nothing makes much sense at first glance but as one adapts. They begin to see that mostly everything is staged within the game for a reason, a motivation sits behind every image and sentence. Like Franz Kafka and David Lynch got together and created something.

Choose your own adventures were the kind of books I loved reading as a kid, I was always hungry for them. My school library had about ten of them. I read the crap out of those. I loved the feeling that every choice had a purpose and weight to it. The choices were put under a magnifying glass and really mattered to the reader, like in dreams you have sometimes. I aimed to recreate that in this game.

Along with this, I wanted in a funny way Seul.(Alone) to be a detective styled game where every choice has weight and you can feel that but I also wanted it to be about nothing also like how dreams can feel at times. It seems so heavy and important to the dreamer while the dream is happening but when one wakes it seems to lose all its importance or even its sensibility. The weight of it has dissipated and you are left with this odd out of place feeling while you lay there replaying the memory of the dream you just had.

But at times those dreams can still affect you if you lay there and really begin to pull them apart and ask why, what was the reason for that? Where did those thoughts come from? What is my subconscious communicating, where are the links to my life? Now you are studying the dream… and there’s a whole ocean of stuff behind that now, connections, motivations and meanings. This is what I want to achieve in Seul.(Alone) and you mostly ever find yourself studying those areas of your life when you are truly Seul.(Alone).

Building this was possibly the easiest game I’ve ever been a part of building. There is an amazing Indie game company by the name of inklestudios, I’ll provide links lower to everything mentioned. They created a free tool called inklewriter it is a tool that is in constant beta now as they have moved onto a new freely available tool called ink. Ink is a much more powerful tool and from what I understand the team at inklestudios will continue to support it. Both tools are basically choose your own adventure style game engines.

I jumped onto inklewriter and began writing, I found out about Ink a little later and was already comfortable in inklewriter so I stuck with it. After the game was at completion we moved it into Unity and Steve my partner took the wheel from there and finished the games audio and visuals and polish. All up I’ve written around about 25,000 words for Seul.(Alone) The entree. The second part of the game (The Mains) will sit somewhere around 100,000 words. I worked less than part time on The entree so roughly if collected all together it took 6 months it would be much less if we were full time.

The game will only go into its main course if it has a financial success and allows us to switch over to the project full time.

We have other games in development and this was more of a personal writing exercise for myself but it is definitely something I would love to work on more and expand its world, I definitely have more of a story to tell and unfold for those who are interested in allowing me to share it with them.

"Write books only if you are going to say in them the things you would never dare confide to anyone." Emil M. Cioran