In our last post we told you a few things about the Main Map. Unless your memory is spotty from all that ale you quaffed last night, we hope you didn’t forget about our little Settlements post right here.

In our last post we told you a few things about the Main Map. Unless your memory is spotty from all that ale you quaffed last night, we hope you didn’t forget about our little Settlements post right here. 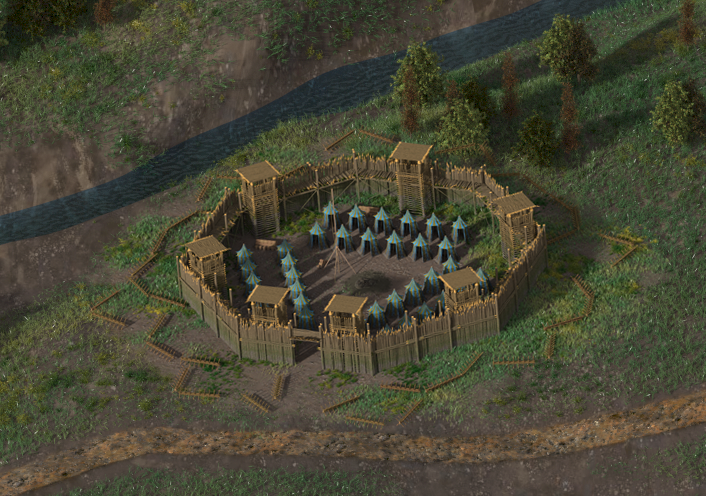 As you might have read in some of our older posts, or if you followed our strong #screenshotsaturday game, we are close to wrapping up our settlements’ visuals and mechanics.

Settlements will be fundamental in Empires in Ruins. They are the bread and butter of your capacity to either hoard your riches or meet your downfall in Koth. While playing, you’ll win some and lose some, but you’ll soon understand that your actions either revolve around securing and managing Settlements, or you’ll be doomed to face resistance turn after turn.

After “clearing” a Settlement of rebel activity, you’ll be given the option to start building on it. Whether it’s a patch of land filled with farmers and the likes of ‘em, or an already established Settlement, you will be given direct control over how you’ll turn it into your little base of operations. If you don't... well, let's just say that its fate will be left in the AI governors' hands who are known to have quite the delectable taste for wasting resources in whores and drinking. Worry not, we kept it simple enough for your thickest of infantrymen to get right. How you’re gonna deal with the locals is up to you as well, and it’s vital to remember that even if you do control a province, its peoples’ allegiance can and will be flaky at first; rebels will be looking for a chance to scramble your plans and hinder your progress in every way imaginable. 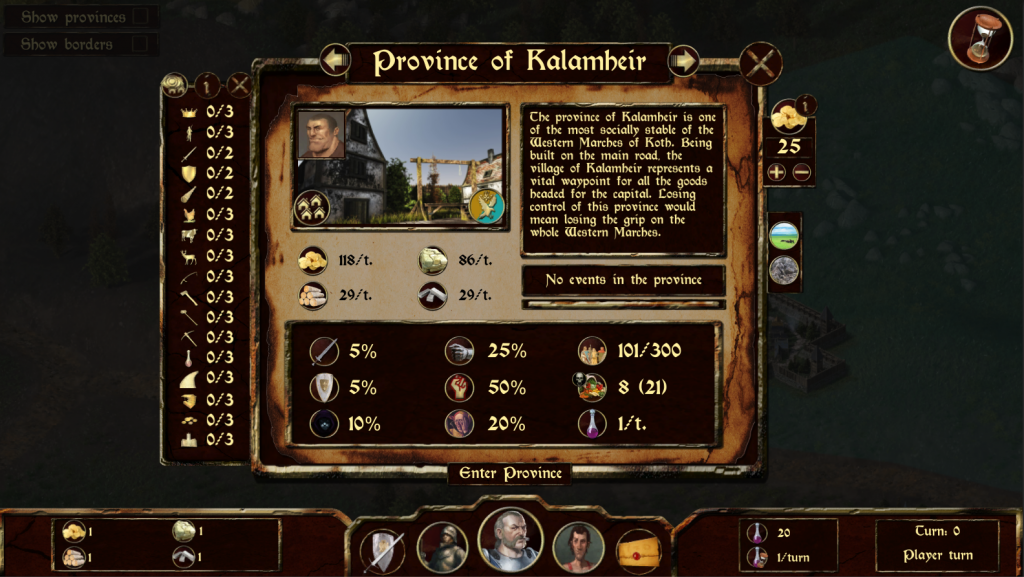 There will be two different categories of Settlements, Military and Civilian. These two categories will be further broken down by size to Camps, Forts, and Fortresses for Military Settlements, or Hamlets, Villages, and Towns for - you guessed it - the Civilian ones. Settlements will provide you with a blend of bonuses and penalties based on their type and how well they work with neighboring provinces. The maximum available assets in the province will be limited by the Settlement’s specifications, and once a Settlement is built, you are given governance and resource control over its corresponding province. 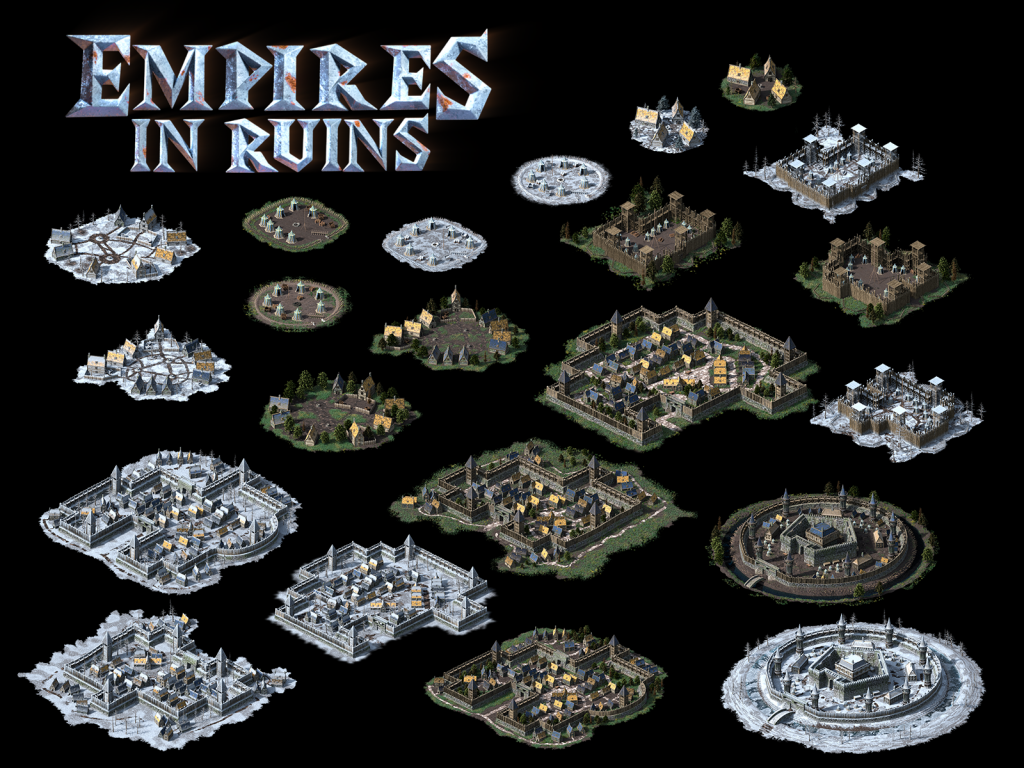 It will also be possible to upgrade and downgrade your Settlements, always depending on the resources and population available in the province. Settlements will also be subjected to random events - and ale be our witness you’ll get your fair share of those - that can affect your provinces positively or negatively. These random events can have a global effect across all Settlements in the Main Map, a group of Settlements, or even affect a single Settlement.

As luck might have it, Settlements are now fully integrated into the game’s main map. We also prepared two to three sprite variants for each of the Settlements’ versions and we have also created two different types, one to be used for Settlements in Koth’s green pastures, and another for the ones located in the snowy Northern areas. 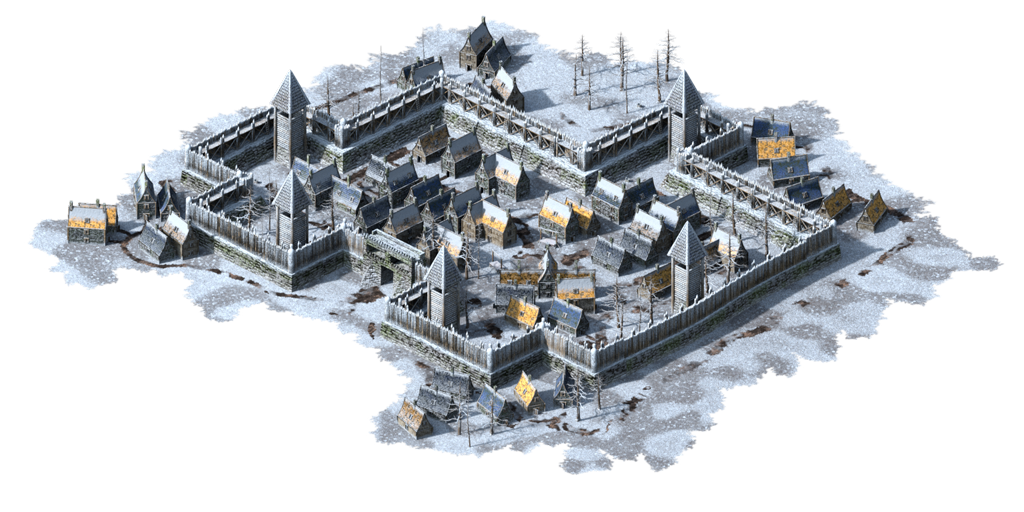 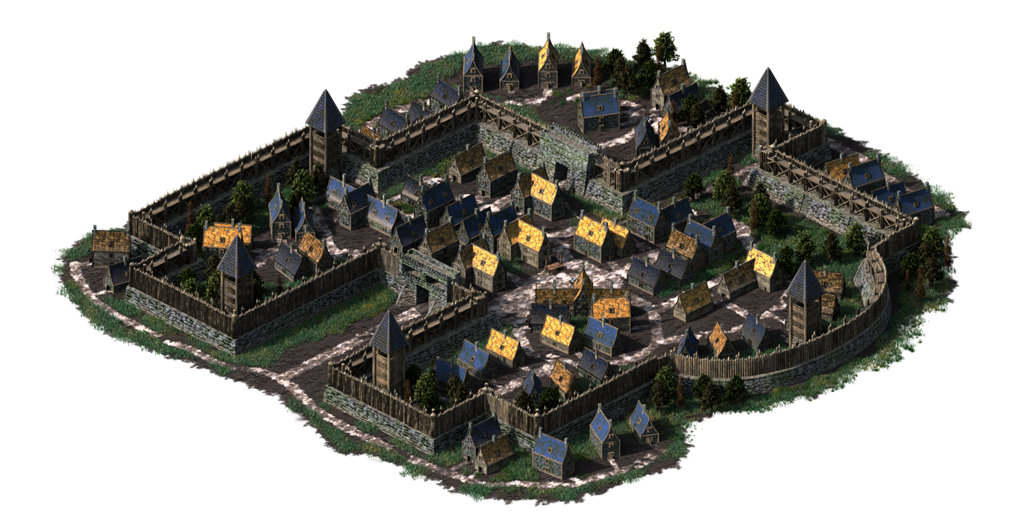 Our next blog post will be quite the eye candy for you, we’ll let you in on the complete rehaul of our in-game visuals over time, our work with Events (random and otherwise), and Alternative Missions!

From Sgt. Heimer and everyone here at Hammer & Ravens, drink loads and prosper! :D

Hey! Before you go, if you like what you see or have an idea of how we can make it better, feel free to use the comments section below or give us a nudge on Twitter or Facebook!

The amount of detail in the settlements is very very nice. This will - at least unconsciously - increase the level of believability a lot.

Thanks mate! yep, that is indeed the plan. we are going for a similar approach with the terrains in order to make everything homogeneous. Empiresinruins.com

Impressive as well, is this Unity terrain or did you do some custom work?

Custom work, all made in blender, then rendered in 2d as a sprite. The game is isometric 2d made out of 3d models.

Thanks, cool concept with pre-rendering (what about the barriers in the first screen, are they part of the sprite or separate?). I will browse through your videos now. Keep up the nice work!

They are also part of the fort sprite (to be honest, that one was the old fort, you can see the new one, or at least 3 variations of it, in the pic with all the settlements together, upper right corner).
As for the videos, the gameplay ones are all quite obsolete as it took us quite some time (the last 10 months almost) to achieve the new graphics and an almost full working main map. Soon we will propagate the new style to the real time combat map as well.

Ok, thanks again for the info, I can see the improvement. I will simply be tracking you, so I can't miss it. And no I won't pester you any more so you can work on the game again ;)

No worries mate, it's always a pleasure to find people interested in the game ;) IndieDB notification system is a bit lacking, but should you have any question I saw that you guys added us on twitter, feel free to ping me there!