With this new article I will show some improvements, new systems and some news in project. I also fixed some bugs and it moved forward a little more in development state.

Posted by GallighanMaker on Jul 2nd, 2016

Server and Client Updates and Fix's

With this new article I will show some improvements, new systems and some news in project. I also fixed some bugs and it moved forward a little more in development state.

I started to develop the player interface, the interface shows simple things like name, class, race, life, mana. I did this interface to be as simple as possible bringing a retro aspect for the game and not much polluting the look of the game. 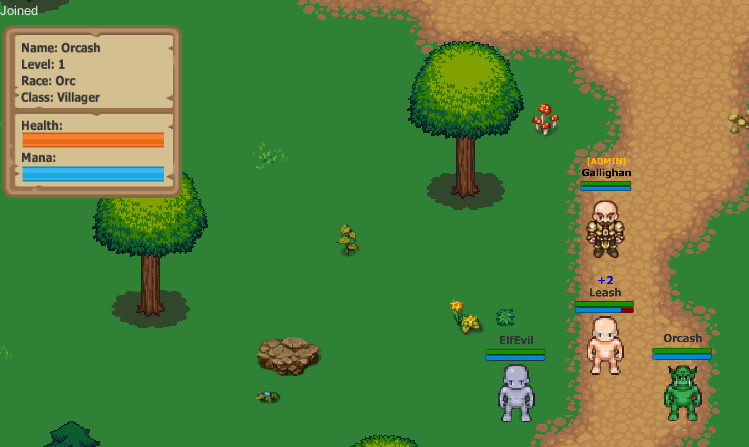 previously, when creating a player was only possible to use the male human but I finished the character creation system and can now be used the three races so far that are human, orc and dark elf. I made a picture showing all races connected at the same time in the world of elder tales. 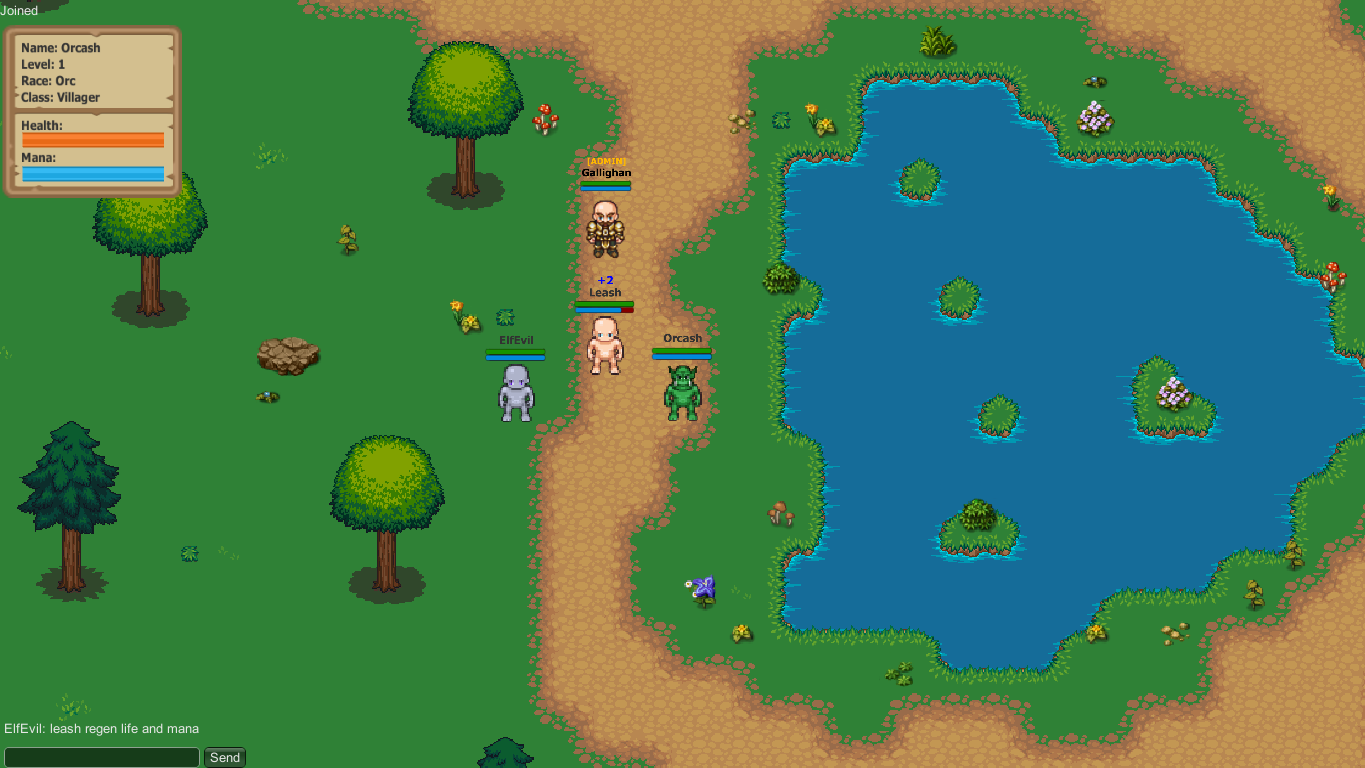 I improved a lot in the project, the server now correctly handles all accounts the game, connections, time connected, disconnects case fall to host internet and other issues, saves everyone at a fixed time, improvements have been made to process data and other things . Now this more stable, more compact, does not lose data, and other things. The server will always be improved as new systems and others ocasions. Here is a example of the console improved. 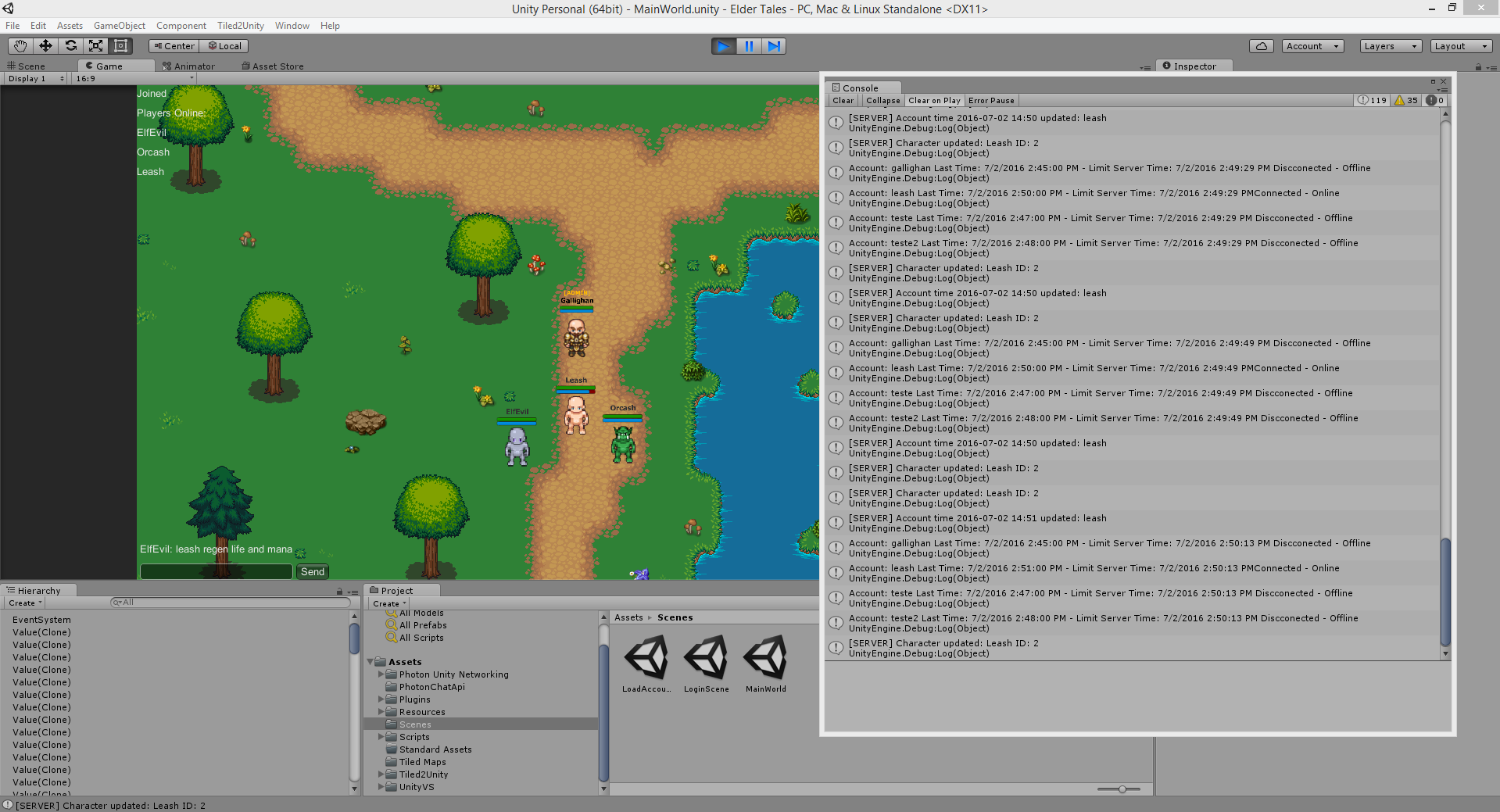 Now the game administrator will be able to have different outfits of the players and other tags like as admin, gm, etc ...

Now that finished packing the problems that had previously, I will walk with the project. I will begin to develop the part of artificial intelligence of monsters, improve the interface, add more interaction between players such as chat balloon, inventory and other things, but it can take some time.

I'll start with the interactions of the player with the map, such as collecting items, finding NPCs and be able to evolve your character as the level system, distribution points and evolve their knowledge as you use each of them.

Contribute to the project

Anyone who wants to help in developing the project and believes it has the future will be able to make donations using paypal. I appreciate every possible help and even if you can not contribute money already appreciate the support of all the community.