Post news RSS Road to Eden Alpha 3.0 is out!

Road to Eden Alpha 3.0 is out! New and exciting stuff with every update. In this update the map size is now 3 times bigger, new building system & structural integrity, new farming system & water reservoirs. 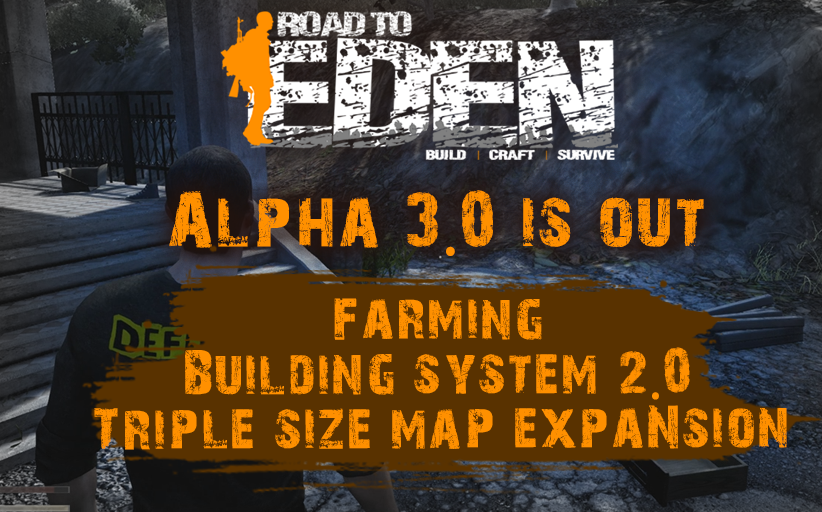 We are working hard to bring you new and exciting stuff with every update.
In this update we have expanded the map to make room for new points of interest, the map size is now 3 times bigger, and we have also added the new supermarket POI.
We have upgraded the building system and added structural integrity, all blocks need to be supported, players need to think like architects now!

And last but not least we have added the new farming system. Players can now find or extract seeds and plant them in prepared farming plots. All crops need water, that’s why we have also added water reservoirs that players can replenish with buckets.

Thank you all for your continued support. See you all in game!