We announce our gameplay video for Rise of Titans. And by the other hand the heroes and the legendary characters of Rise of Titans deserved a worthy presentation of them so we had to introduce them into a promotional video different from the gameplay.

Rise of Titans it's a "free to play" multiplayer trading card game played by turns. Reproduces a fantasy world thanks to a forgotten gate. Inside it battles are put up between the towns of different historic periods.

As a distinguished and innovating characteristic of the game we can found with an interactive 3D battlefield. This allows the player be able to create strategic abilities, with multiples options, and be able to play in a dynamic environment. Playing with the battlefield characteristics it's a determinant factor for the gamer experience.

When each creature it's invoked through adoration will be able to have up to 4 types of abilities.

This abilities can be found, represented on the base that stands on the battlefield. The first ability changes the edge of the base, the second ones add a central element, the third ones have an internal fx and the fourth ones have an external fx.

Game consists of 120 cards divided in 12 of each factions and 84 that are neutral (mercenary characters). Besides, will count with 5 tokens that will create and modify the battlefield.

It will be possible to count on with 40 cards firstly, that will be used to create thematic packs. Nevertheless, there is the possibility buying packs to get all the cards and be able to have more force of attack and different variables of attack. These packs will be able to be acquired by means of real money or Giantfox Coins. There is a free way of receiving this Giantfox Coins by realizing the daily and weekly missions that will be going out random.

Along with this first delivery we find the Greek, Northern and Egyptian factions with a complementary faction of mercenaries (beasts, zombies, elementary, etc.). Playability, strategy and art as stamp of guarantee.

*For more information you can read our other article of Rise of Titans.

DUBBING OF RISE OF TITANS TEASER

The heroes and the legendary characters of Rise of Titans deserved a worthy presentation of them. We had to introduce them into a promotional video different from the gameplay. So for the teaser trailer we decided to use the knowledge in kinematics of our associate and modeler Zono, although also we’ve been supported by independent collaborators.

In the teaser 3 heroes (Ullr, Athenea and Isis) along with their 3 legendary characters (Nydhoc, Cerbero and Sphinx) demonstrate their potential before the great battle.

That only depends on you. Their destinies are in your hands.

So we started investigating the options we had in our city and decided to contact with a school of dubbing. We decided that as similar as our situation, the students who want to find themselves a hollow in his sector deserve an opportunity. And what better than putting them on the spot and giving them the opportunity to show their portfolio with a teaser (a win win operation).

Once the teaser video was finished (thanks to the illustrator, the animator, the musician - would be necessary to dedicate him a separate post- and the special effects) we had to think about the phrases that every character would represent. We assembled for a large period of time the three shareholders thinking about the phrases in two languages (Spanish and English). Also, the phrases had to fit with the video so they couldn’t be neither too short nor too long.

So among all the applicants from the school of dubbing, in addition to the hours and hours of interviews and siftings (thanks everyone for their patience) we had to choose the finalists.

After the hard work of recruiting we decided on two boys (for dubbing Ullr, Cerbero and Nhydoc) and three girls (Atenea, Isis and Sphinx). Also, to complicate the current situation a bit more, as if we didn’t have enough, one of the boys now lives in USA. So he had to do the interviews with video conference, recorded the voices by his own in a dubbing study and send the records to us.

For those that were in Barcelona we rented a dubbing study and started recording the voices. Work wasn’t easy at all, they had to put themselves in the role, meet on the suitable record, intone and do many repetitions.

Below we show you a couple of images of the making of the dubbing. 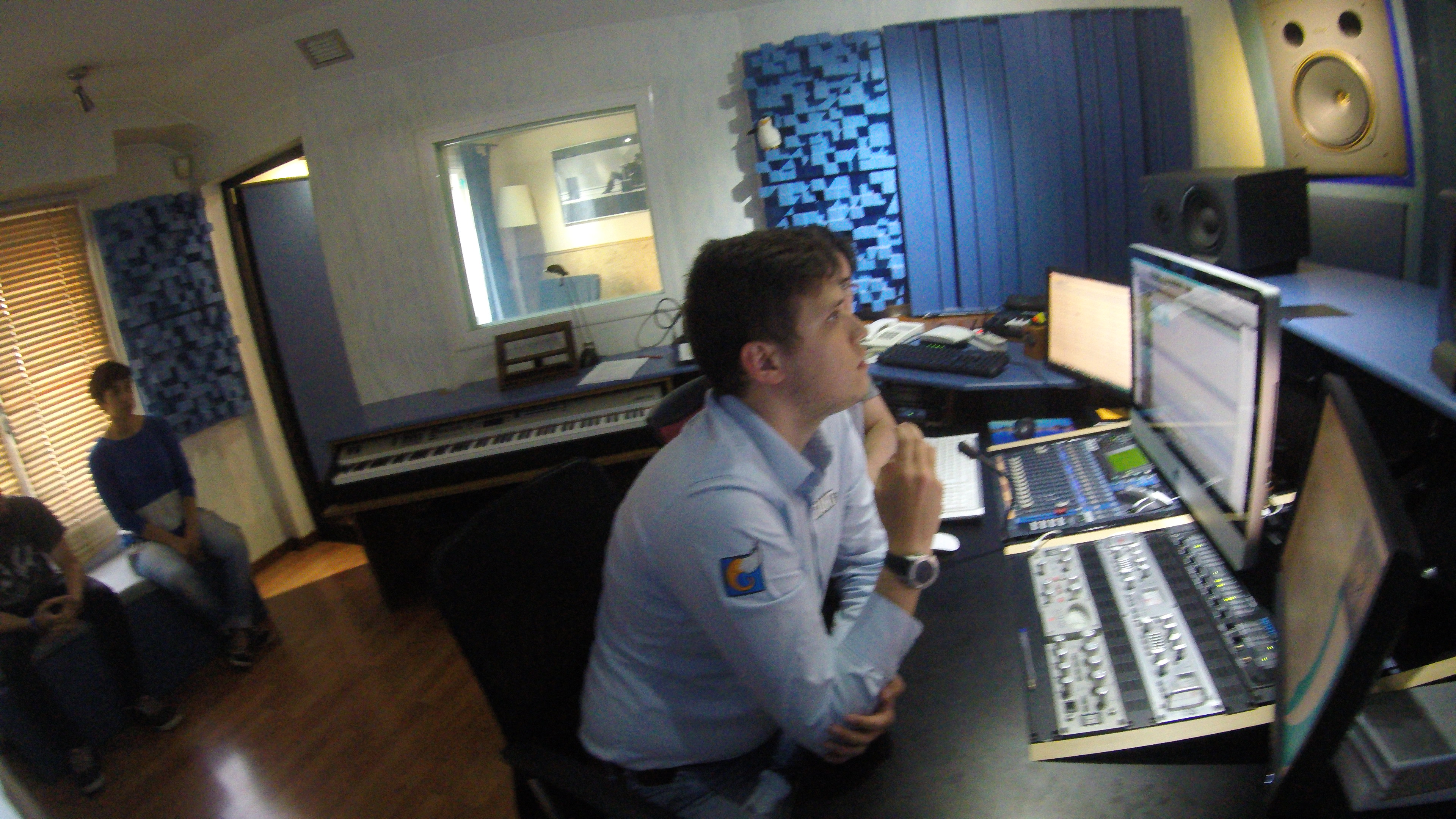 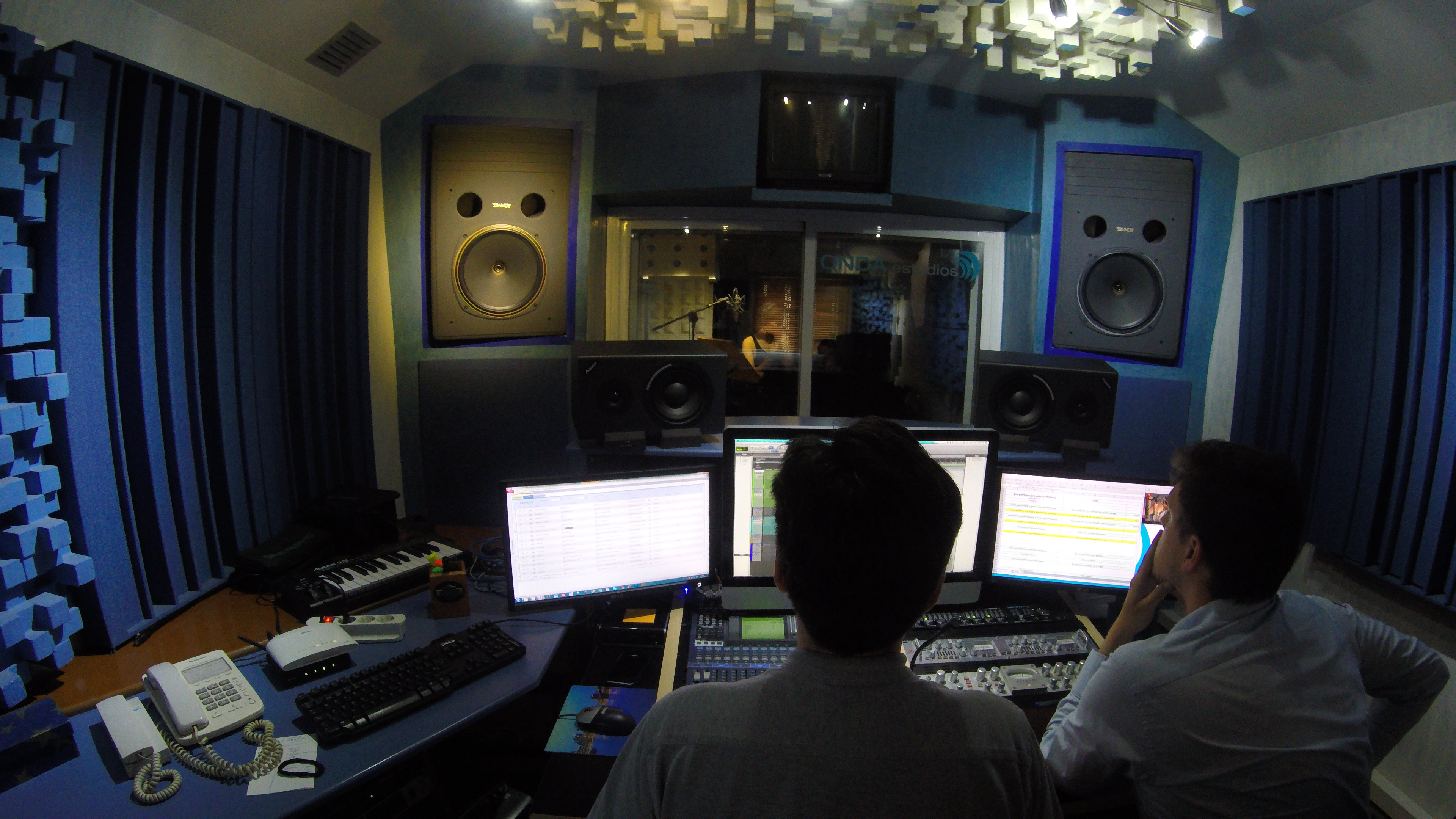 We hope you’ve enjoyed the teaser and now that you’ve seen part of the work that’s behind the scenes you may value it otherwise. Remember that to us your feedback (positive or not) helps us improve the game and can make it even more attractive for you.

Good luck with the game devs!

Thank you all for your kind words. GiantFox team is working hard on this project, and make it cool and playable for you guys. So hope not to disappoint!!