Just because, everything is more fun in instagib arenas.

This report contains the changes of the 0.2170 update.

It has been more than a week since the last report. At first this update was expected to be a short break from the editor development.

But by addressing most of the players’ request for improvements and fixes, this update expanded way beyond that was intended.

Some improvements are almost little details, so they don’t really worth being mentioned here.
In general, is fair to say that the HUD and Skirmish had some improvements. (The HUD in a lesser extent, it still needs to be added the option to resize it)Because a report is uninteresting if it only contains bug fixes and improvements, it was added as well a significant quantity of new content and features:

These following weapons are the ones that remained to be added for the previously added Jaguars. 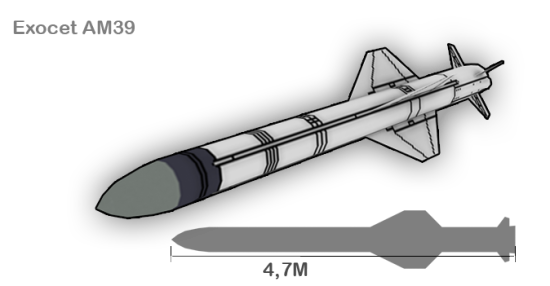 The Exocet AM39 is a very long-range anti-shipping missile based on the older Nord 30. The missile’s engine and guidance software is capable of powering it for up to seventy kilometers in adverse weather conditions at very high speeds, at often a meter or so above the sea. Generally guided with the mother aircraft’s radar until it is extremely close to the target, the missile’s extremely low flight profile and high speed approach make it very hard to hit with close-in defenses.

Coupled with a low-power but hardened tungsten-tipped warhead for maximum penetration, the missile is unique in that it does not usually execute a terminal ‘pop-up’ and expose itself momentarily to weapon fire, but instead drops and hits the ship just below the water-line, relying on its inherent design to retain a high-speed moments before impact. 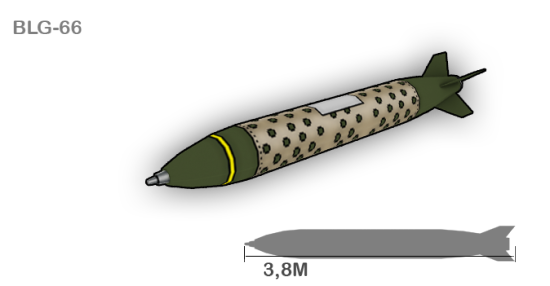 The BLG-66 Belouga is a cluster bomb that uses three different submunition types for different purposes. In the case of the Belouga bomb these submunitions are known as grenades, rather than the more usual name of bomblet.
The use of three types of submunitions, makes it effective against almost all types of ground units. 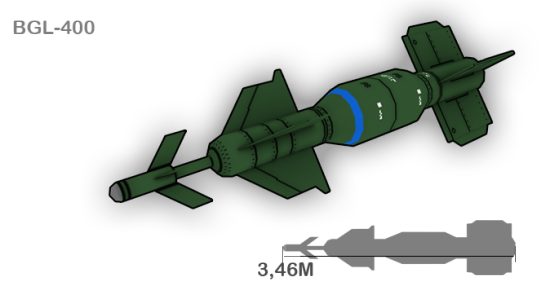 BGL-400
The BLG series are a group of modification packages developed for use in general-purpose bombs to convert them to guided bomb units..The BLG-400 is a package that is attached to 400-kilogram bombs to establish laser guidance from the mother aircraft’s laser designation pod or from friendly ground forces equipped with laser equipment. 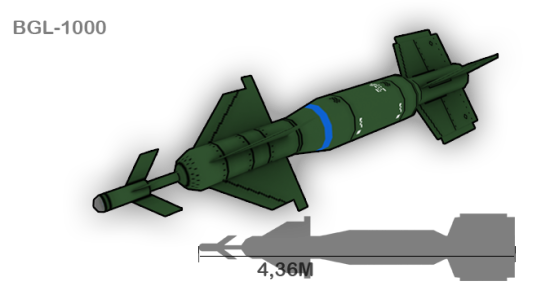 BGL-1000
The BLG series are a group of modification packages developed for use in general-purpose bombs to convert them to guided bomb units. The BLG-1000 is a package that is attached to heavy 1000-kilogram bombs to establish laser guidance from the mother aircraft’s laser designation pod or from friendly ground forces equipped with laser equipment.

And for the last, a weapon made specifically if the instagib mutator: 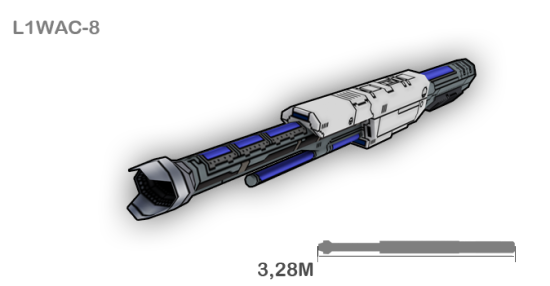 The L1WAC-8 (Linear One-Way Accelerator Cannon) is an experimental slow-decay particle rifle, the L1WAC, or Linear One-Way-Accelerator Cannon is a heavy-duty mag-glove powered by a set of four high-power magnets that can energize a field of positively-charged Boron particles into creating a split-second burst of extreme electromagnetic and infra-red power, firing it using directed electromagnetic fields and turning the energy into something akin to a extremely-fast shell from a cannon. This power shell instantly submits whatever it touches to a zero-point energy stasis field and generally results in the complete obliteration of whatever the power shell hits. 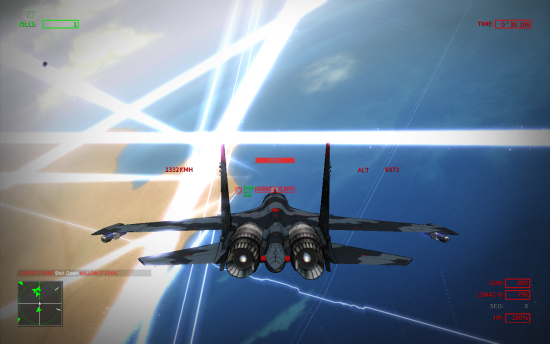 During the development of the instagib weapon, it was initially thought that would be more faithful to the concept if it behaved and aimed like a rocket.
While it idea worked marvels against ground type units, against air units, was almost impossible to hit a target especially at long ranges.

So to make it more fun, this weapon was changed to be more missile-like allowing the computer help with the aim support. While is still far to have a 100% kill ratio it is very deadly when used properly.Also regarding the instagib weapon, after seeing this, I’m sure that some of you are interested in adding a laser type weapon to a normal unit or a fictional super weapon.

Both instagib and laser may have a visual similar appearance, but the laser type of weapon acts very differently, so for now, the game still doesn’t support that kind of weapon.
But don’t worry; I expect that it should not take long for us to see a laser weapon in the game.

This is something that was in mind to add for quite a while.
If I recall correctly, Midsummer asked for accolades support.
While there are not available to be used in the desura Api, can be added an similar system for the game only.

But for that to work at full extent, the game must be first able to record the player personal stats.In this update it was added the code to save aircrafts individual profile stats. 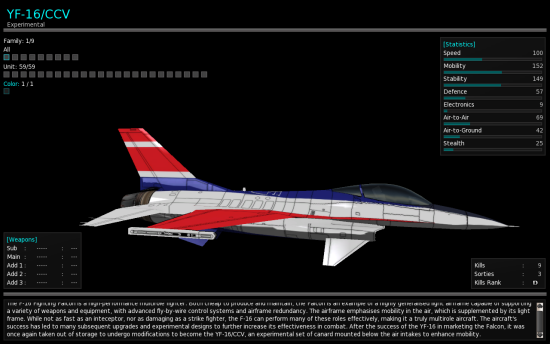 For now, the only stats that are visible are the number if sorties and kills displayed in the aircraft selection in the battle scenario mode.

It was added as well a rank system of such data, it will go from F to ACE (F-E-D-C-B-A-S-SS-SSS-ACE).
While the game will never require having the highest rank in all units, there will achievements related to these ranks.Later the same will be added for individual battle scenarios and mutators.And finally as the last content, something that has been requested.

As you may know, every request by any player is truly considered and if possible, added as soon the schedule allows it, but in this case to show appreciation to all the great custom skins that John_Silver have already provided, his request has taken priority. 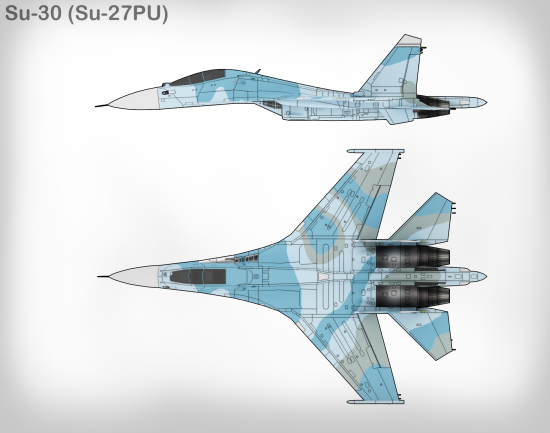 The Su-30 is an evolution Su-27P, but instead being derived from the same frame, it was used the Combat trainer Su-27UB airframe.

This version is the first iteration of the Su-30 family, so unlike the following versions that are Multirole, this unit is a Heavy interceptor fighter.

Inspired by the Su-30’s Tactical data link that grants the aircraft a role of a mini-AWACS , the addition of this unit served the perfect opportunity to add the Buff/Debuff surround units system.

Here is the normal situation with four MiG-29s with their default radar range: 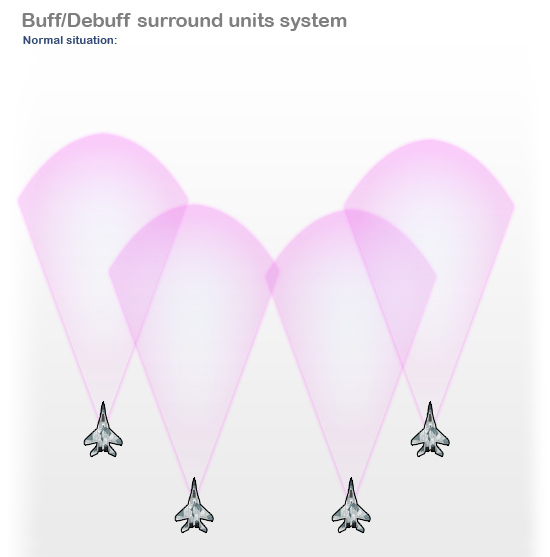 And here is with the presence of a Su-30: 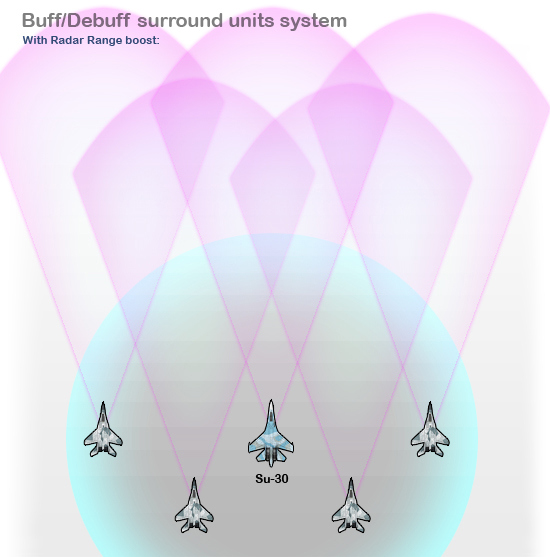 With the Buff/Debuff surround units system in effect, the MiG-29 units have boosted radar and lock range.

(Note: While this was added to mimic in some way the Tactical data link, in reality a Tactical data link is used to share information and not to boost capabilities. Furthermore, in the game all units in the target category area allowed to receive this boost, while in reality, only specific units are compatible with this data sharing)

In future this will be expanded to be used by awacs units, air control towers, radar domes, fire control vehicles and others. This new system will add an additional layer of strategy in the overall gameplay.

This is another mechanic to consider in the battlefield, for example, when invading an air base, the defending units are likely to have boosted radar range so the player may be aware that it can best to destroy support units that boost capabilities.

When squads became available in the game, boosting units from the same squad will have priority, because this effect may be only applied to a limited number of units. (One Su-30 only boost four units)
In alternative, this system can be used to affect surrounding enemy units in a negative way; this will likely be used by units such as EA-6B Prowler or EA-18G GrowlerThanks again to MyHatismyFriend for the descriptions.

I just noticed how the cannon looks like an ASMD Shock Rifle.

TS, could you implement secondary fire mode for SP weapons as well?

What is this secondary fire mode you speak of

Did you ever played Unreal Tournament?

Well, for example the LIWAC could shoot semi-guided blue plasma ball of death as alternate fire.

Or as my previous request, the 'hold trigger for multiple lock' missile could be applied as MMM micro missile's alternate fire mode instead.

@SpootKnight Yes, it was really inspired by the UT99’s Shock Rifle.

@V3000TT that seems an interesting idea. It can be added to the game, but probably only a few weapons will use alternate fire.

And now for the inevitable TLS.

Thank you, timeSymmetry. Thank you so much.

I used to LOVE fighter jets as a kid, especially games featuring them (heavily) and pretending to be a pilot shooting down "baddies".

You've reignited the fire, thank you :)

Only a matter of time before my F-58 Hammer fighter (which will possibly be converted to VT soon) can have it's full capability realized in a game :D
It has a multi-megawatt class Free-Electron Laser weapon that while it isn't an instagib, it would still be able to destroy a conventional fighter in only a couple seconds.
Anyway can't wait to try out this update XD

Disco Stew is at it again.

update: CFA-44 and its EML, too, since we already have the MMM missile spam.

Might be too late to the party (otherwise I'd like to remind again), but I just remember that plane rank stuff 'would' be useful for AC5-style plane unlocking method.

Yes, that’s the idea, to add something like that in the future.