Water Tubes, a lot of Animations and new Buildings.

The Buildings can have now an internal storage of a resource. This was already used for the Condition, but now it can also be directly used in a work process. This means e.g. the Storage have a included water barrel, to store e.g. Water something without a box. It can also be used as internal work process like in a greenhouse where the workers plant food and the food grows without need of a worker. 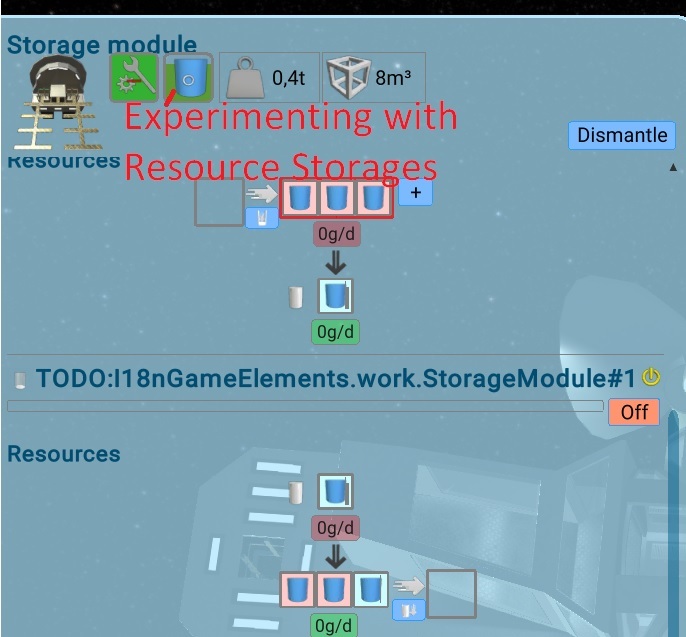 Many buildings need water but the waterboxes are very heavy. Its was also not realistic to store big water barrels in each building. To solve that, there is now Water as a new ship-resource. It represents the WaterTube and all buildings are automaticaly connected to it. It behaves like power, so buildings can produce or consume this. To make it work from the start of the ship, the storage gets pumps to pump resources to the tubes.

For the tubes it was necessary to switch between pump in and pump out. To make this easy work, i decided to implement a feature that is also needed for other future buildings. Each work can now have multiple processes, where the player can choose from. Later e.g. a factory could produce different things, depending what the player needs.

To make the visuals better, i added special shaders for the resource content, so they can show the filling-state of the box.

The Box for water is also now different to the others, to see the content better. It also has a Glass around, to have a nicer effect. 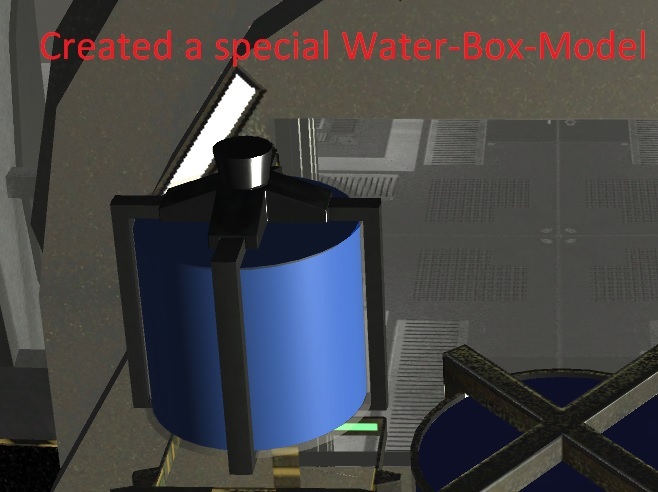 Including Water pumps for the Ship and a Water barrel with visible filling state. 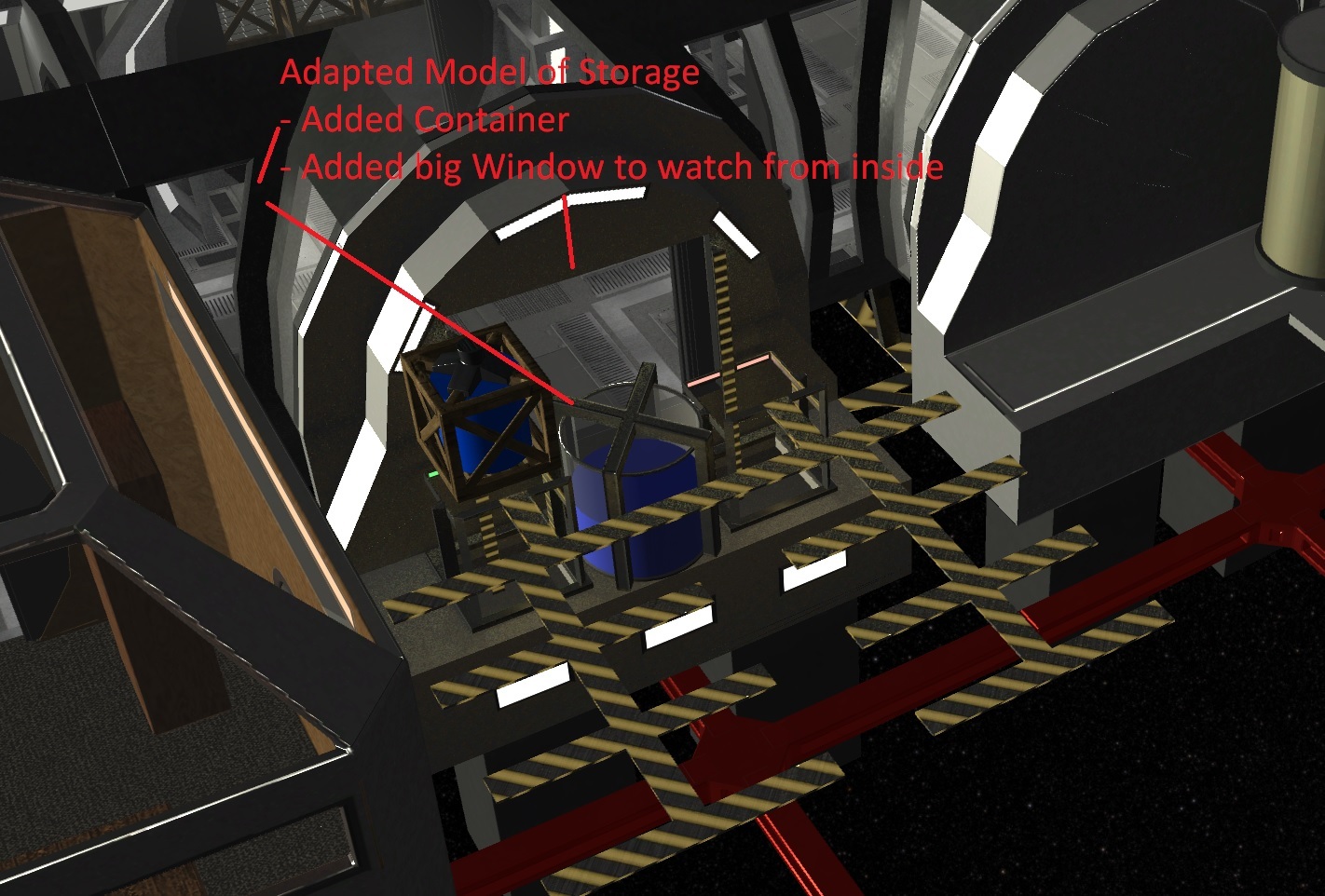 Improved the 3x storages to a side by side design, to save space.

The Canteen gets a new design, due to the new Water Tubes and the possible animations. 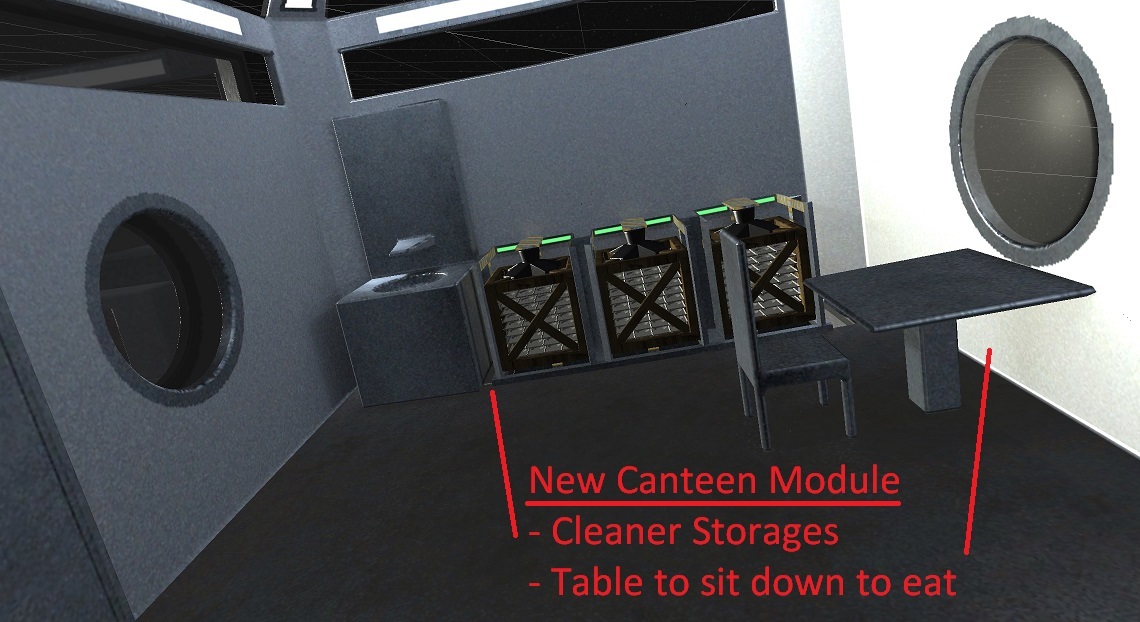 Also the Toilet has been adapted and now just has 1 output garbage storage for the Brown Water. I also left a bit space for a small shower if this comes in one of the next iterations. I also added a sit-down animation. 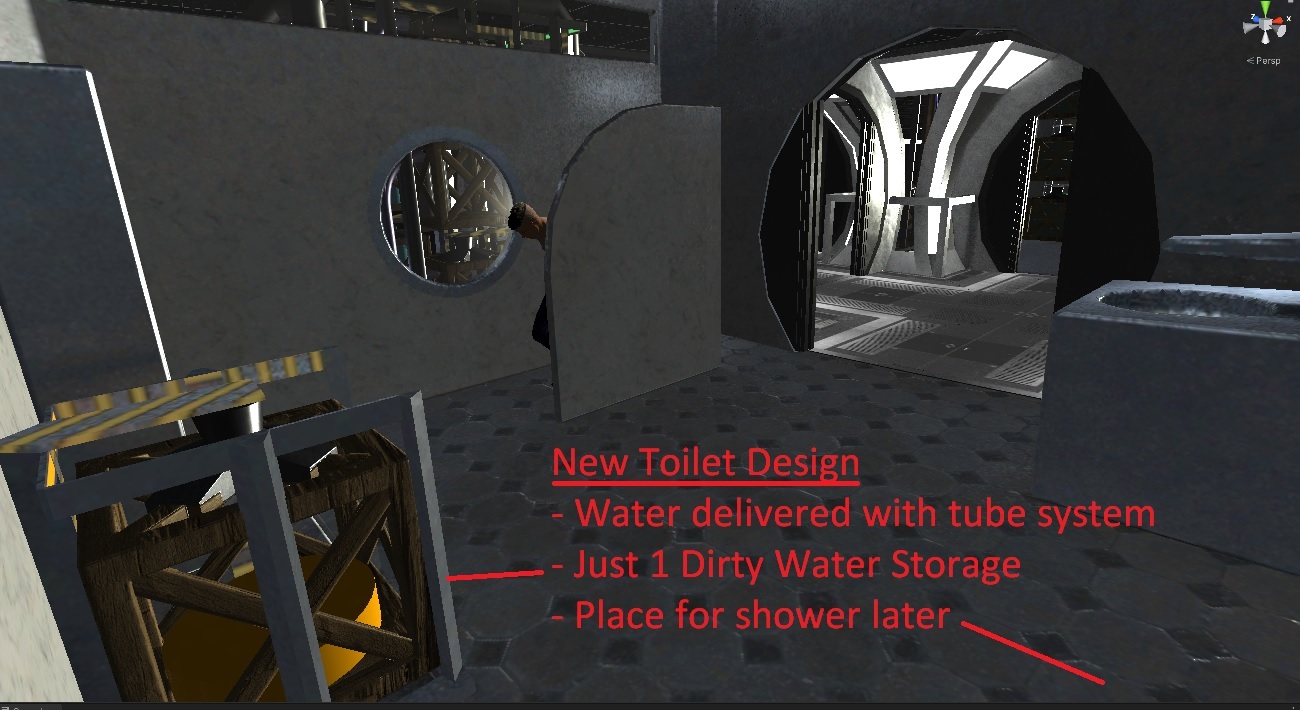 The SleepingModule also get updated to have an open bed and a lay down/sleeping animation. 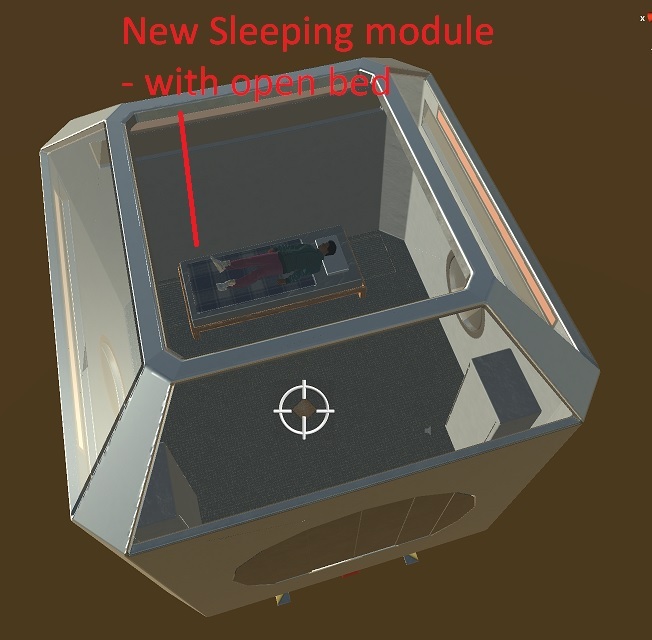 While adding several new Animations, the System got enhanced. It can now also blend between the different animations, so it should be way smoother now. To make e.g. sleeping nice and easy, i added also a looping feature, that can loop inside of the animation. So the Animation will start usual, and repeating one segment in it. When the Animation should stop, it finishes it till the very end.