A new building to do the moon missions is added. In the Shuttlebay, there is space for 1 shuttle. 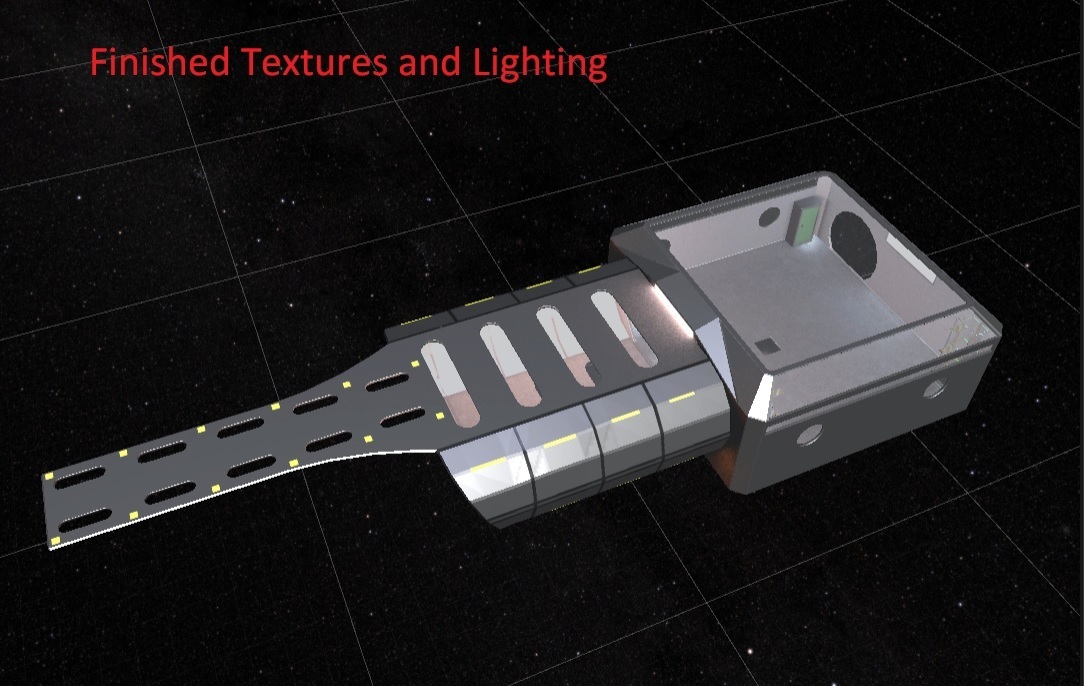 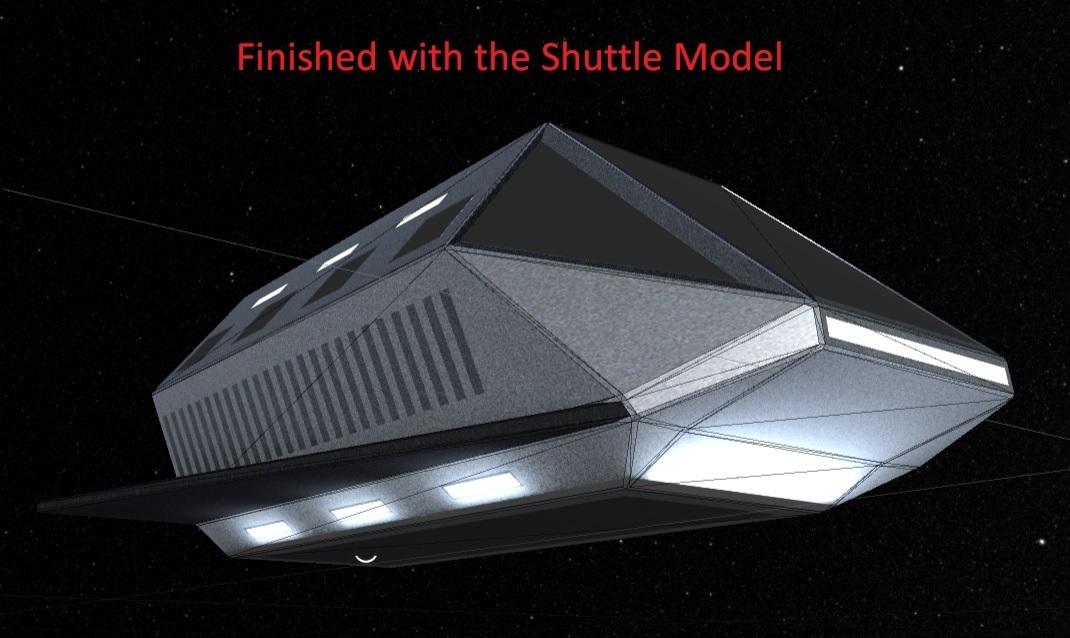 With that new Building its possible to start Moon Missions. For now, there is just 1 mission, but i prepared already to add different Missions with player the option for the player to choose the amount of resource to give, to increase the output or probabilities later.
What is needed is the crew. Its separated from Building Workers, so when starting a mission, workers from other buildings can be choosen. 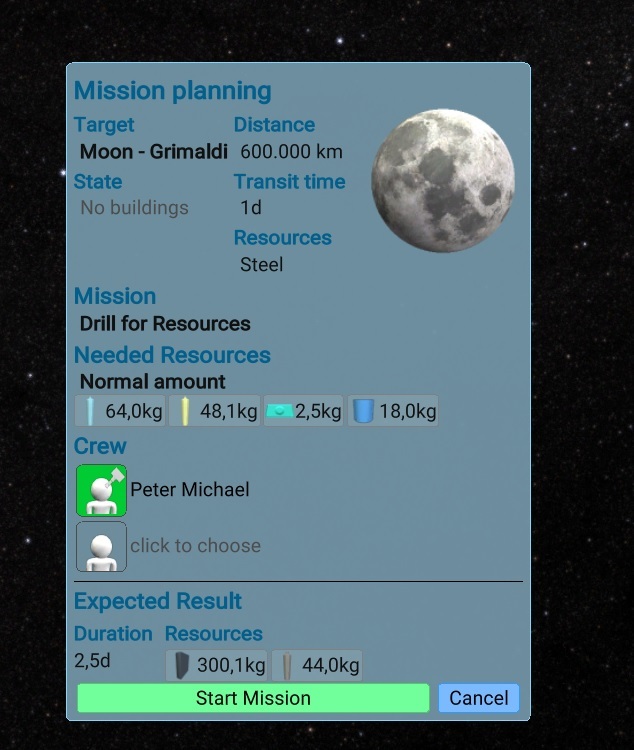 Group the Producers and Consumers in the Overview of the Container Users even if they have 0 usage. Also it could happen, that the view was showing duplicate values (Thanks to Melodie for report) 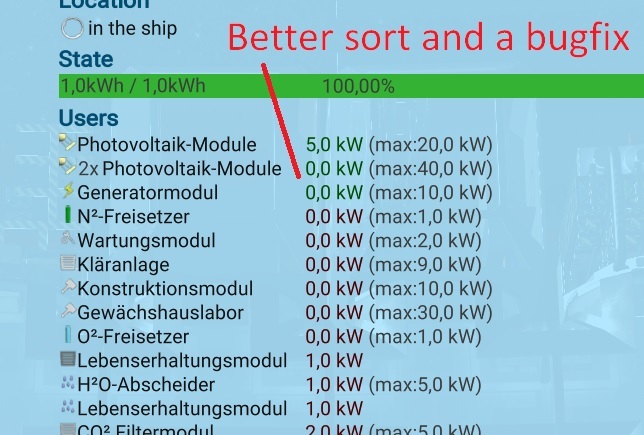 To make it easier to see that a resource of a building belongs to the ship (like energy or air-values) i added the ship icon in front. 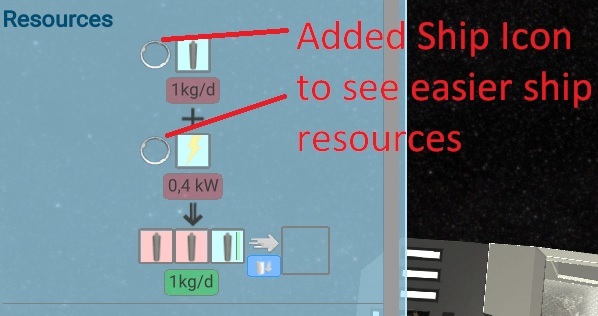 Before it was using the time to make it readable. Due to its not really comparable i changed it to the weight value. E.g. before it was 20kg/d and 0.1kg/y. Now its more like 3g/d and 2kg/d. 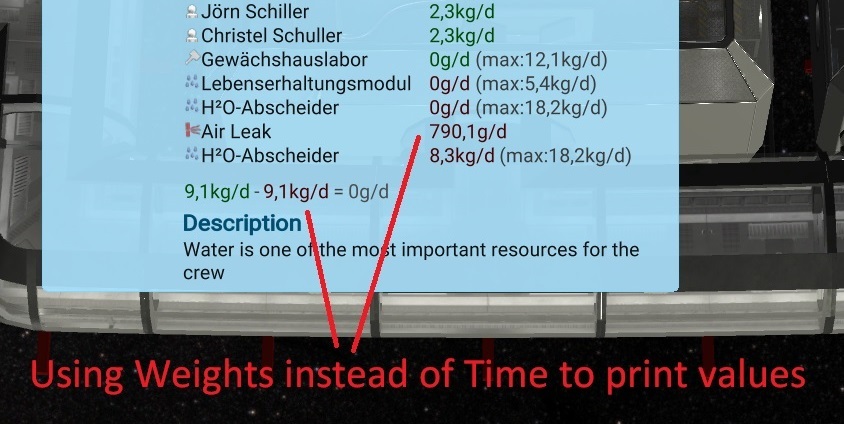 Till now, there was just internal storage with 3 boxes. In the Shuttle Bay, this would be very much, so i changed it to 1. I added a generic one to be used in new buildings. I also think i will change some existing buildings to that single storage, e.g. for water boxes, that holds very long.