Removed infrastructure, more tutorials, a new building and much more.

A lot of feedback was, that the game is too complicated. I think most of it was related to the construction process. To make this easier, i decided to remove the infrastructure buildings. They were added as one of the first buildings, but as the game changes, as more irrelevant they got for the gameplay. Now its more like all other building games, where you just place and construct the buildings.

The Grid and Railways are now integrated in the buildings, so e.g. the walkway contains already the grid structure and the railway. The separate grid structure, railway and also the infrastructure module has been removed.

Due to the infrastructure module has been removed, i needed a replacement for it in the tutorial. I decided to move the maintenance work of the Construction module to a new building. I changed the condition of the generator to 50% at startup, so we have a good reason to build it at the start. In the main tutorial the conditions are now shown and explained. Hope this helps now players, to not get lost, when the "Air leaks". 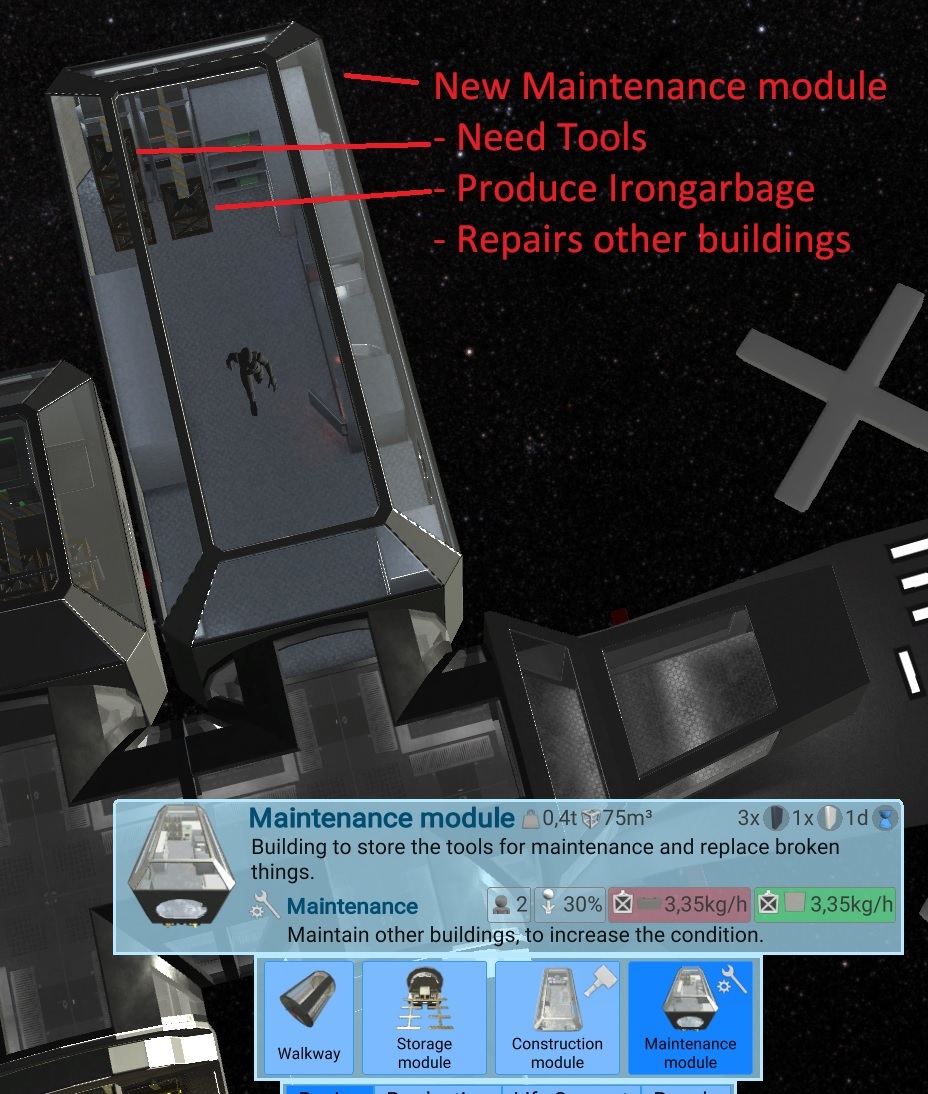 When a person problem appears, it shows now an animation, to hint the player better to the problem. To see the problems of a work better, there is now a red border around the working storage when an input storage is empty or an output storage is full.

If a person losing health, players didn't see what's the reason. As one indicator, i added now a background for empty needs, to make it more obvious when food or water is empty. 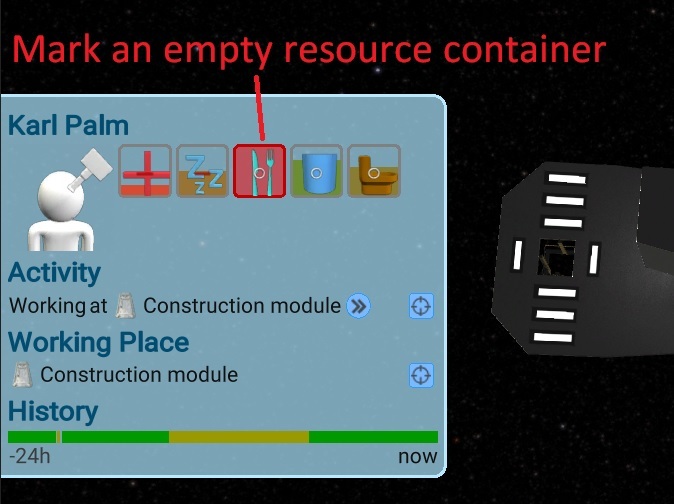 To see easier problems with a storage, a red border has been added, showing up when a input storage is empty or an output storage is full. 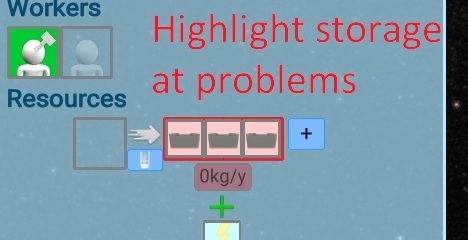 Instead of adding also a help button to the event panel, i improved the UI for it instead. I make them individual and now they can show also reasons for the event. This is also added for now for the energy empty, so its directly visible, where problems are and why we ran out of energy. 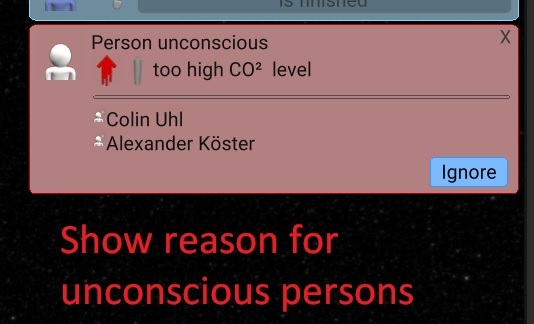 Players accidentally cleared the planning. The first Esc hit now just removes the current selection, like in other games. If nothing is selected, it shows another confirm popup, to prevent an unwanted clear. 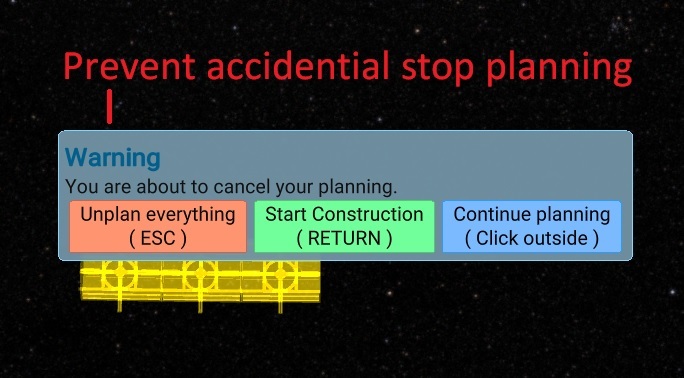 To make the help windows better readable, i added a light background to the info and warning areas and increased the icon. I also added to most of the helps some bold texts, to hint what's in there and make the player easier to see if the info is relevant for him.

To make it easier to create and modify, i added markdown support for all the text in the game. All helps have been changed to that new system. The new style can be now easier written and all parts of the UI can now be styled easy. 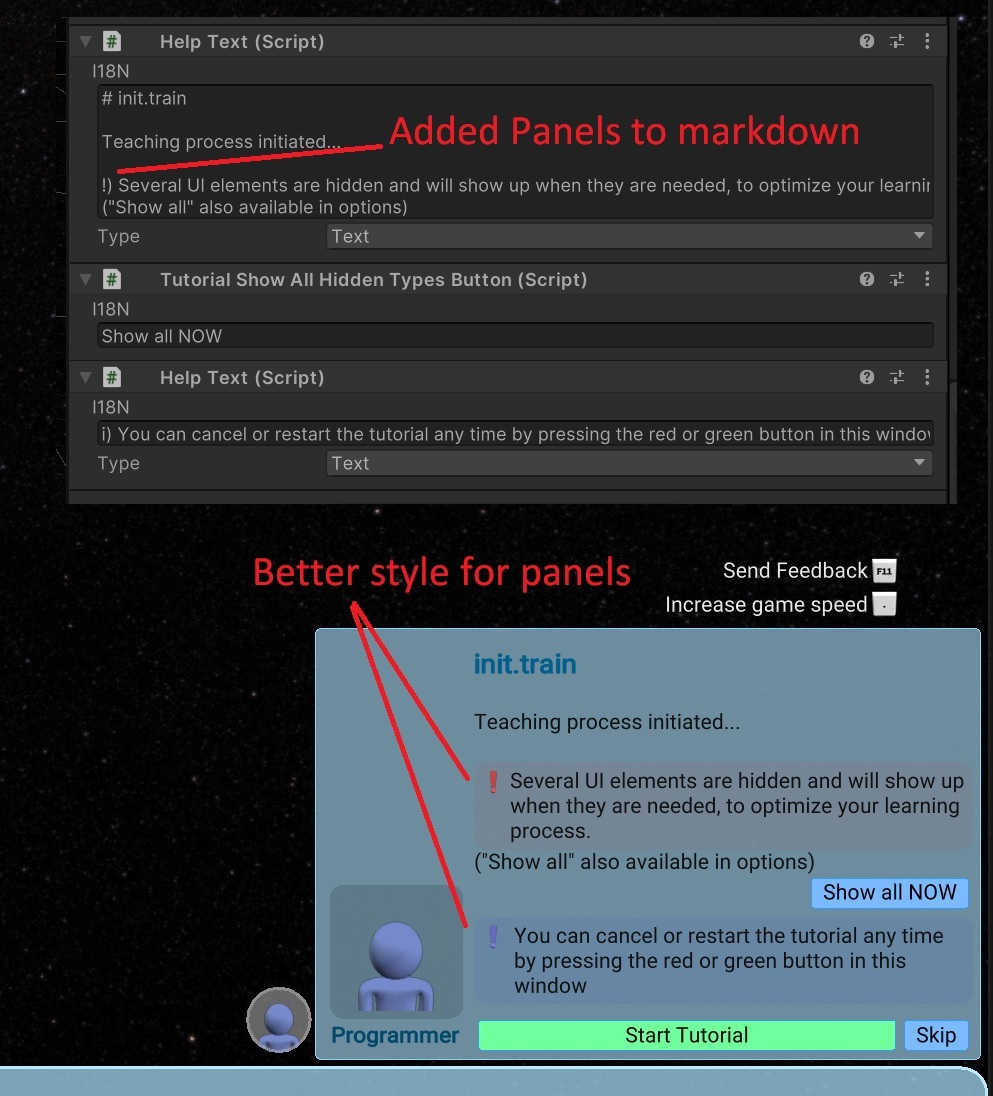 I translated the complete game to German and added an option to the menu.