Over the past few days, I've really pushed my keyboard to the limit, coding new features, and fixing some old bugs. Not to mention, a lot of work on Gyro. ;)

Alright, so I have a pretty huge update, with lots of cool little features. A few of these features were developed already before the last article, however I neglected to talk about these, as my primary focus was on Gyro. Sorry about that.

I'll start off with some of the features I had already developed before.

I wanted to complete the entire first solar system before I even got started on the boss. All in all, the levels themselves only took me about an hour. Though I had to design the mechanic for the bumpers, which did take a while. Nearly four hours. Plus, I was pretty busy with other life events last weekend, and didn't have much time to work. So I spent basically the entire weekend playing with these. 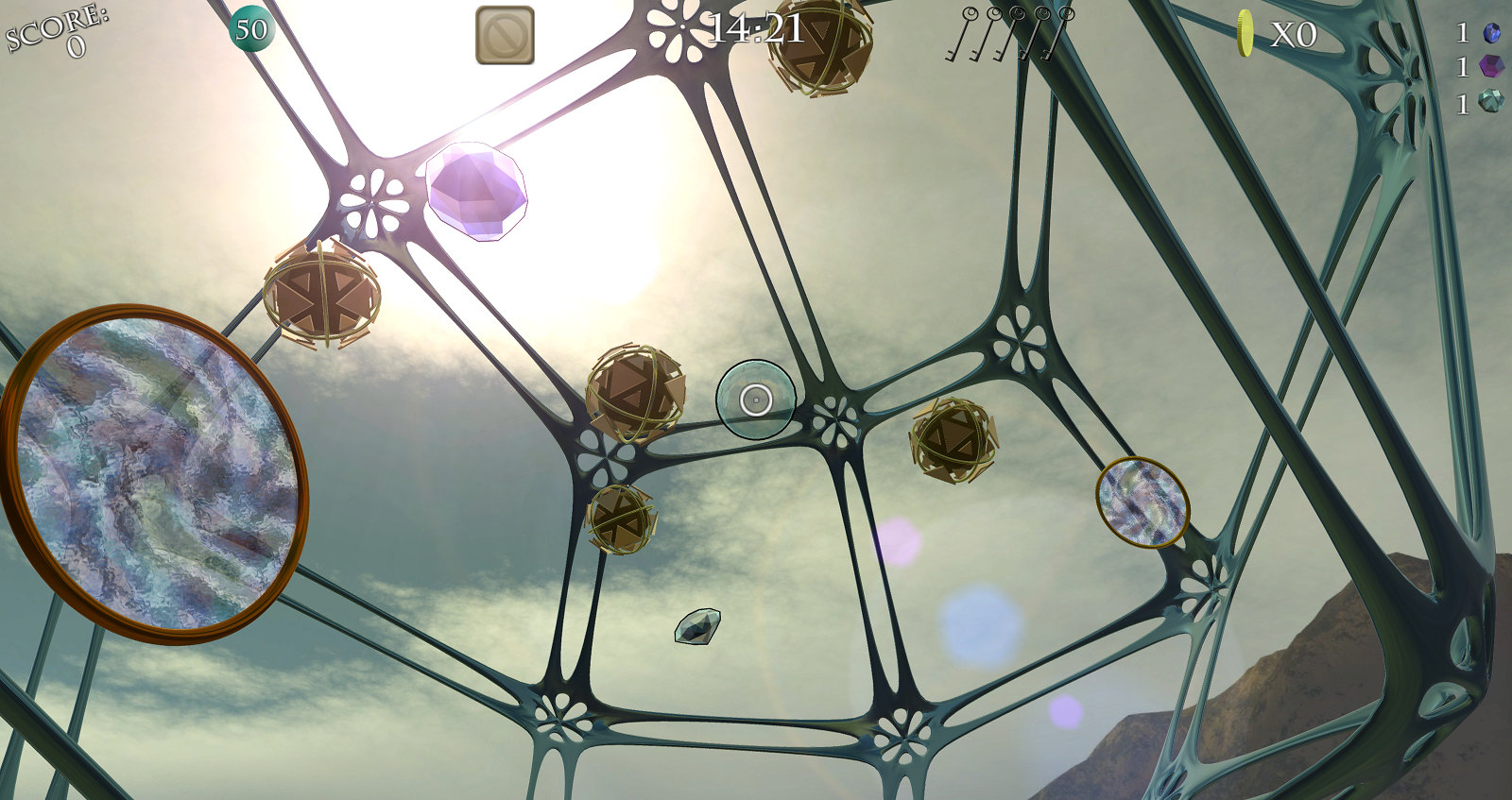 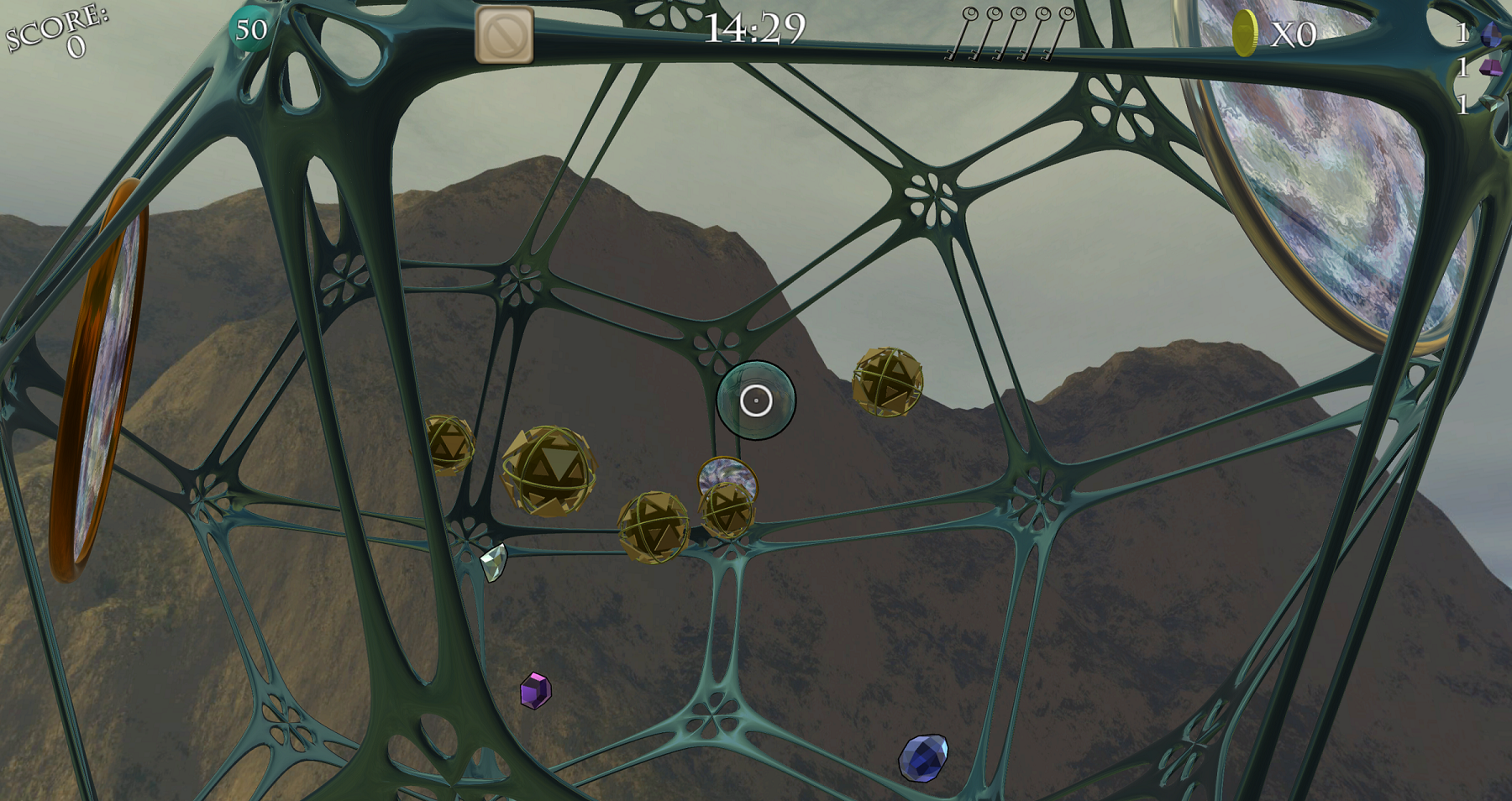 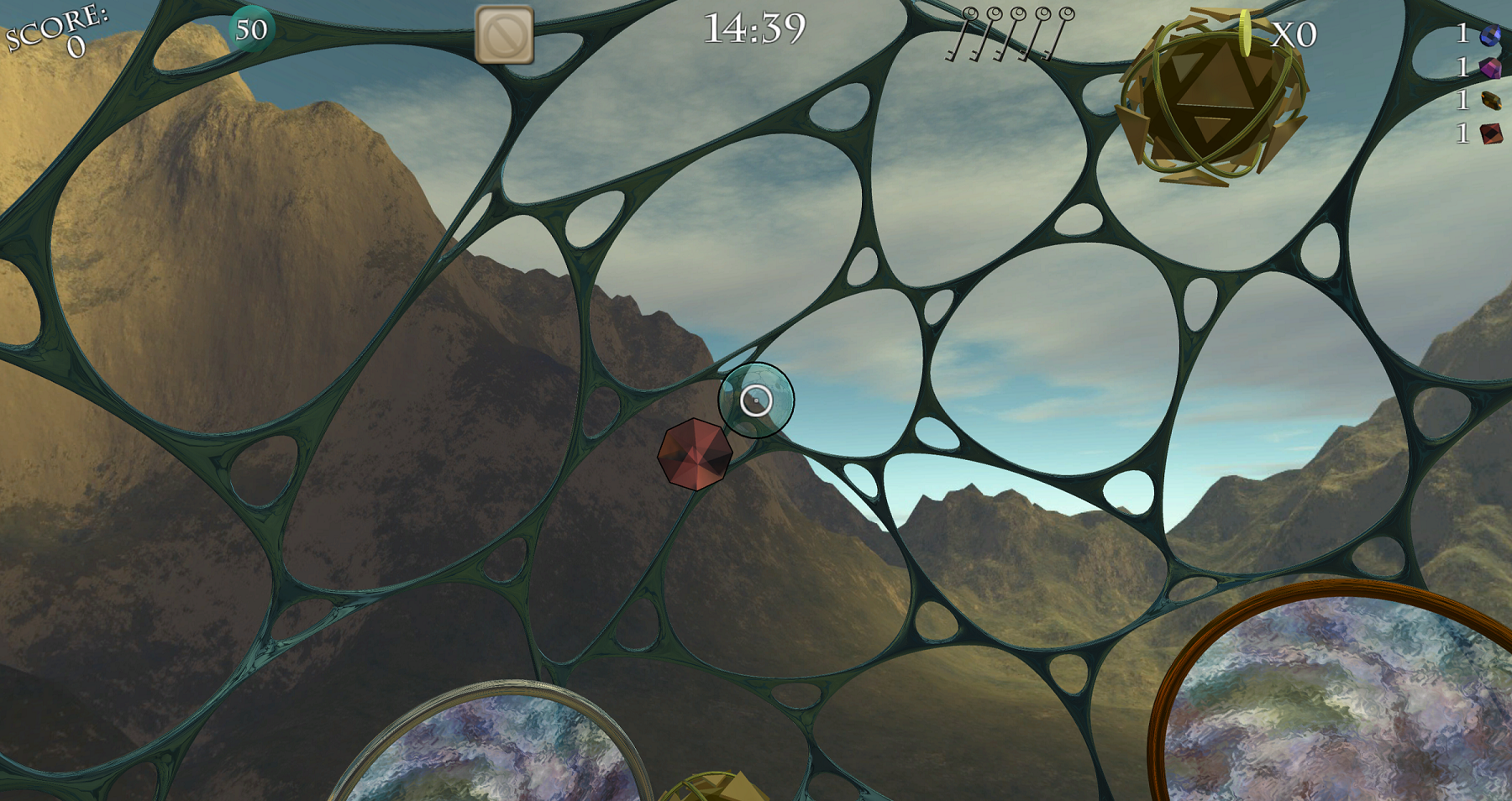 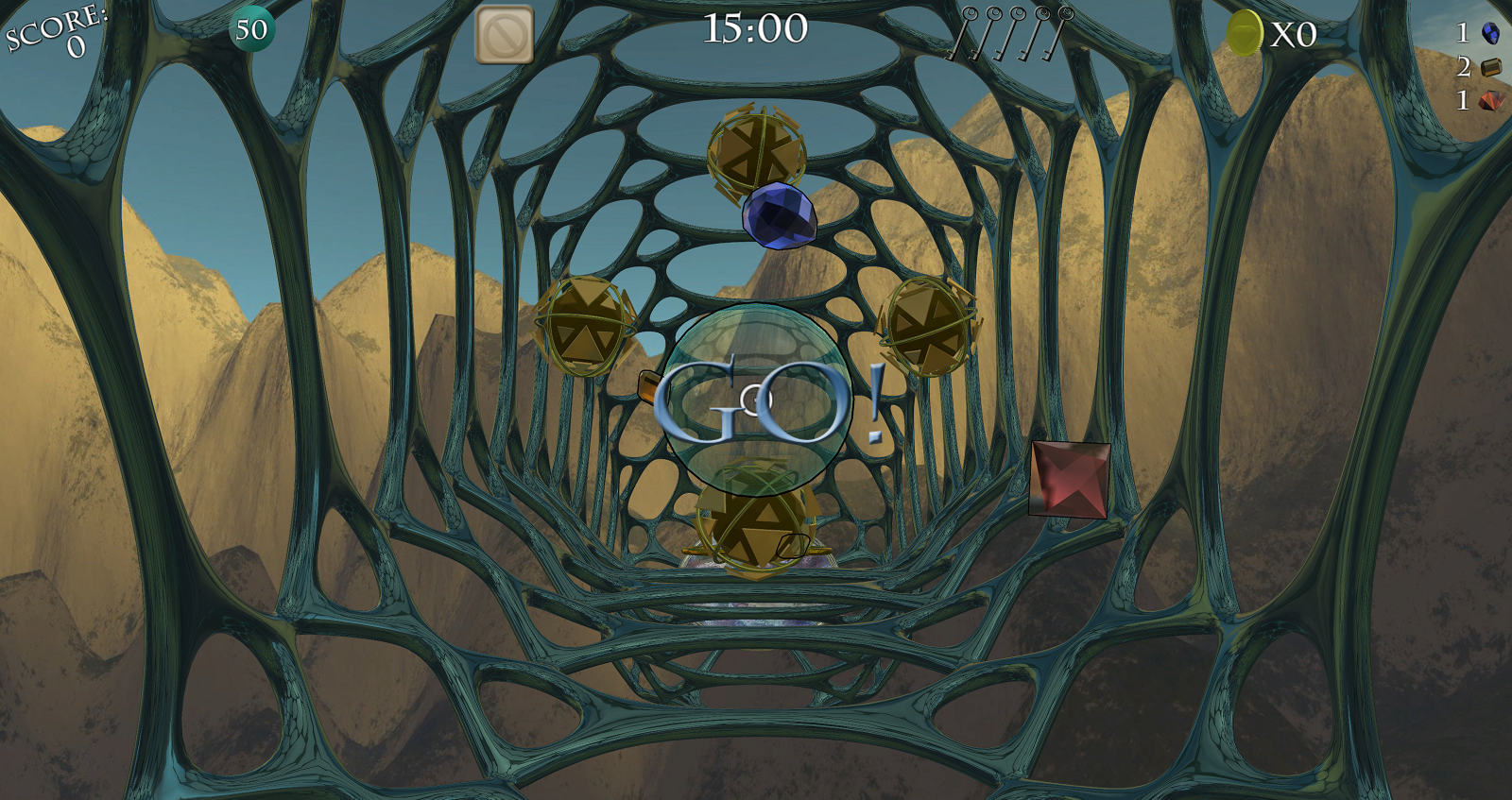 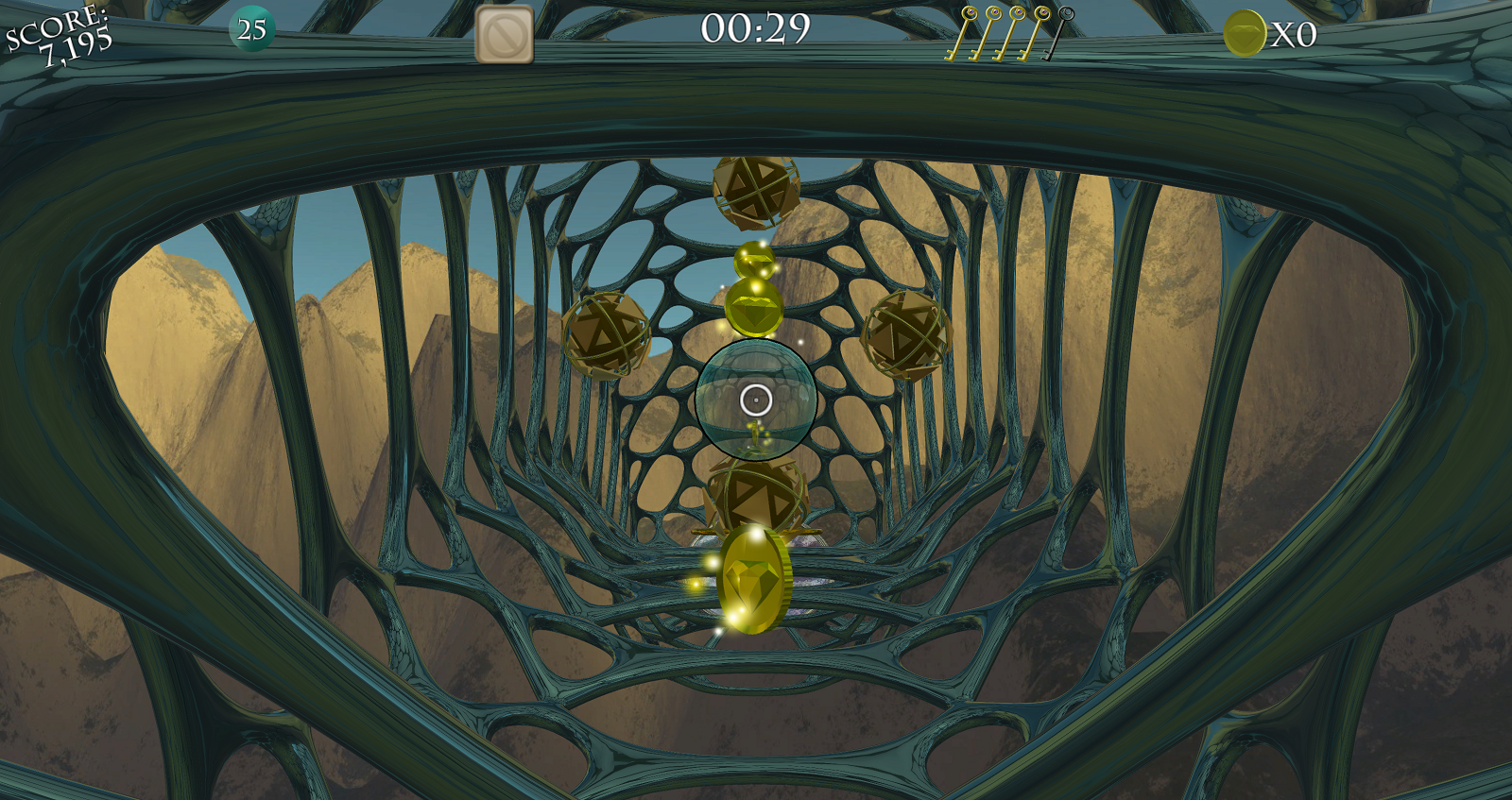 Level 8 is interesting as it is current the first level where the cage is not a simplex sphere-like shape. Future levels will continue this pattern of becoming more and more complex as time passes. It's a pretty difficult level because of how cramped it is.

Now, those weird bumper things. You will likely recognize them from my last article on Gyro. Well, that's because they are. They're actually pretty cool.

Basically they sit in place, and fling you around when you run into. Make great targets and combos for launching gems across the map. Very difficult to control, though.

As I said above, it took me around four hours to completely finish them. I started out in Blender with the idea of a series of floating panels surrounding a sphere. To keep with the theme, I grabbed a copy of the icosphere gem, and drew some rings around it. Then I tried making panels. After some rather annoying alignment, I finally got a few triangle shaped panels up there. Because of how the rings lined up, it seemed to form these really cool looking curved triangles on the surface. I tried to continue with that theme by making the panels into sets of triangles, within triangles. After dropping in a bounce animation, and spring sound effect, poof! Bumper is born. To help bring out the effect, I threw on a golden, glossy material to fit the theme. 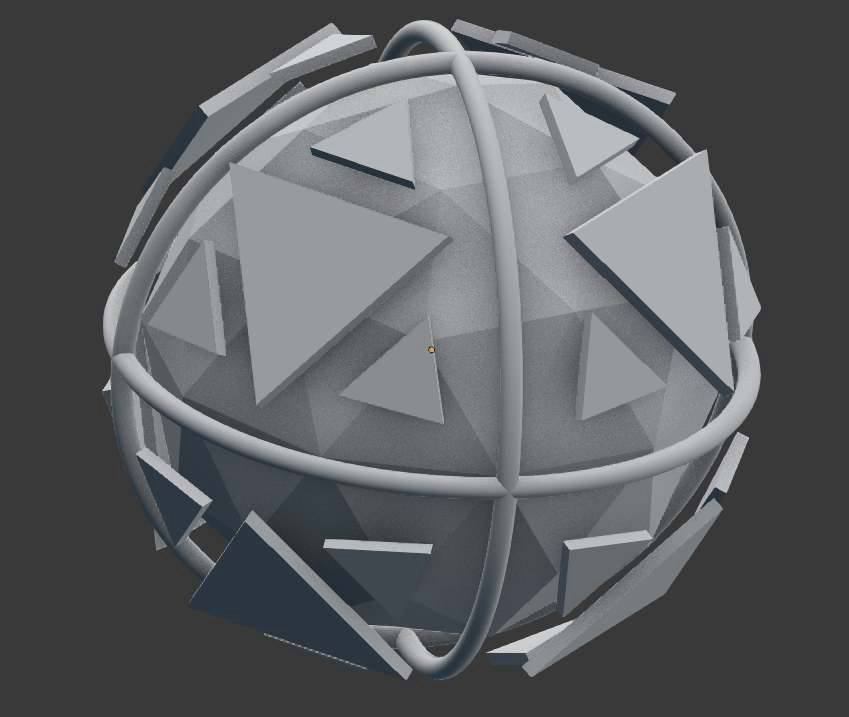