C&C Red Alert: FPS - Blog 01 @ 10.01.2013
Development Blog No1
Visit our Website at Red-alert-fps.com
Welcome to our very first development blog for Command and Conquer Red Alert: First Person Shooter!When we first posted about the game we were kind of ridiculed and laughed at, until people saw our first renders of the stuff we are working on.They ain't laughing no more :) - It's alright, we understand ;)

The War Factory by Pwn Call
Our initial interior design was a bit too simular to that from RA:APB so we decided to change this after some complaints, it is now completely different and way better than before.Below you can view some renders of the to be War Factory from Pwn Call. 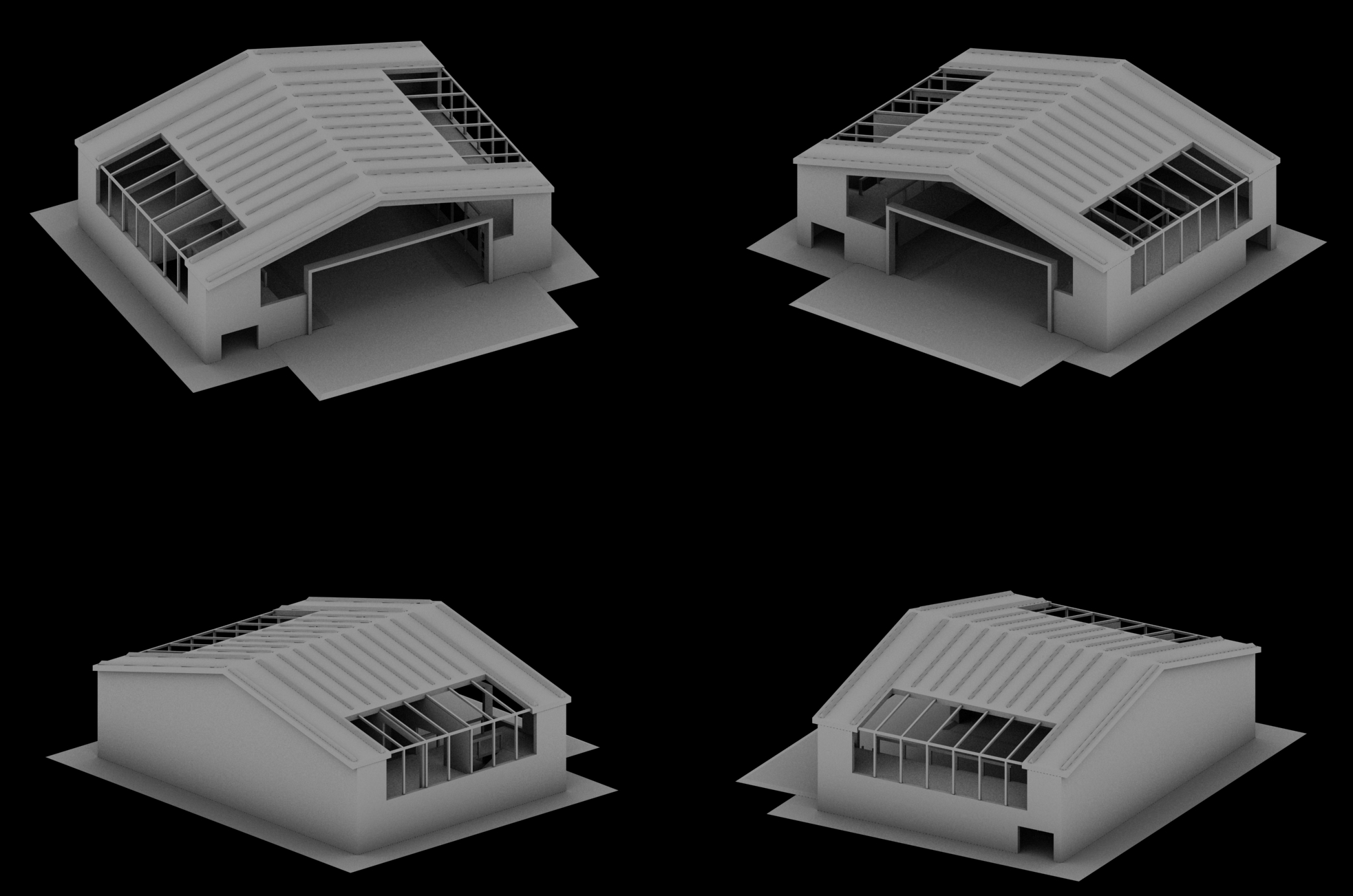 The Chronosphere by FeaR
This building is currently in WIP as well. The building exterior itself is finished already but still requires texturing.FeaR did his best to make it look like the Chronosphere from the Red Alert cut-scenes. It will be colored Allied blue ingame though.The coding for the Chronosphere will be done by roszek and me, he will make the thing actually work and shift the driver and their vehicle. 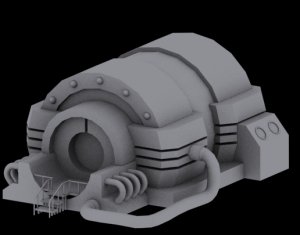 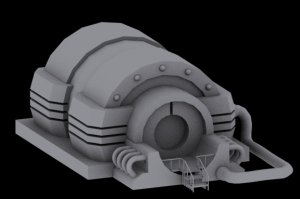 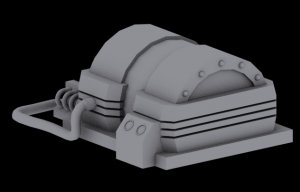 The Tesla Coil by ImperialKaskins
The Tesla coil saw widespread use in the second world war, going so far as to become one of the staples of the Soviet military installation. The standard coil stood about forty feet tall and was surmounted with a bulbous electric diode, typically one brimming with excess electricity. The base of the coil hid a small underground control bunker that contained a single operator, usually a Soviet technician, whose purpose was to direct the coils attacks at enemy targets. This would be done by ionizing the air between the coil's diode and the target, completing the circuit and creating a lightning bolt. This bolt was devestating against infantry, usually killing them instantly, and proved almost as effective on most vehicles.The Tesla Coil will have a Hatch with a ladder leading down to its underground control bunker where the Master Control Terminal is present. 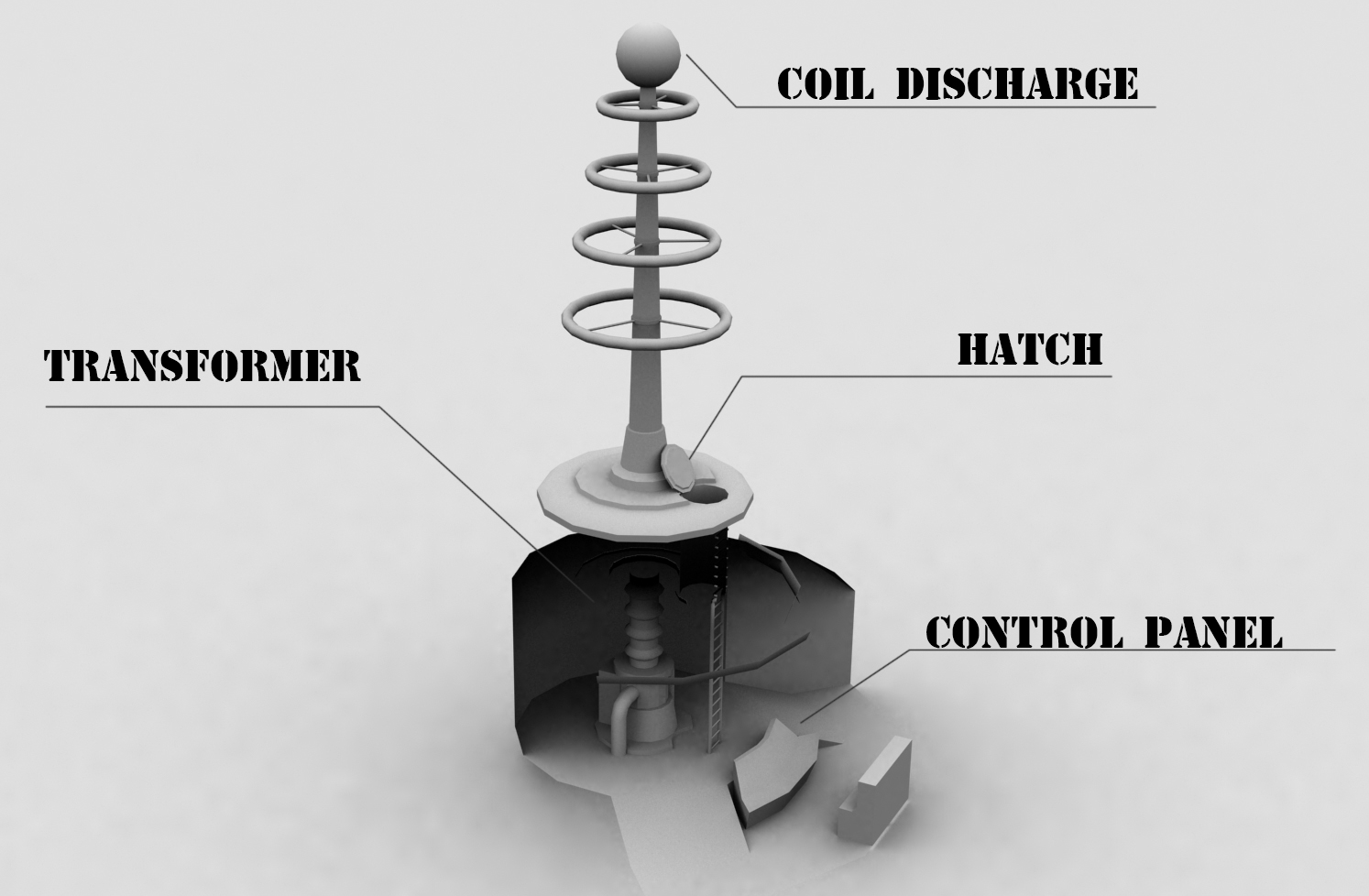 The Gap Generator by ImperialKaskins
This building will 'cloud' the Allied base so the Soviets cannot see it.It will have a Hatch with a ladder leading to its underground control room where the Master Control Terminal is located. 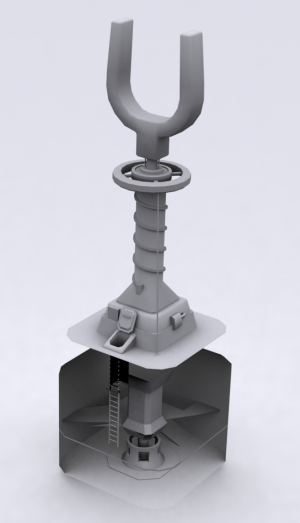 The Power Plant by Pwn Call
The Power Plant will be the building powering your base and/or SOME of its structures. We are looking into making different Power Plants power different Structures at the moment although we are not yet sure if we will implement this. 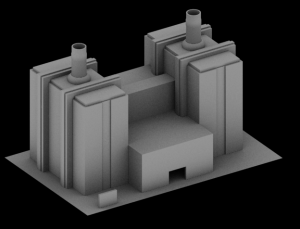 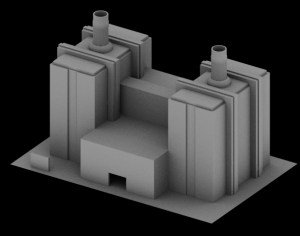 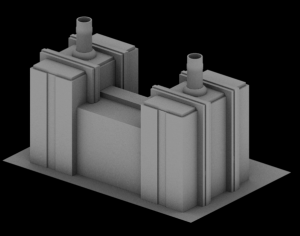 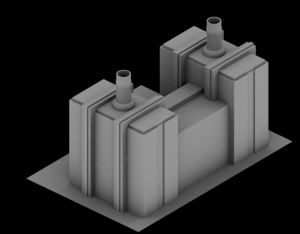 Pillbox by FeaR
The Pillbox is one of the defenses for the Allies and is mostly valuable against Infantry and does little damage to vehicles. There is also a Camo Pillbox which will be modeled at a later stage as well. Maybe stealthed and more hitpoints. 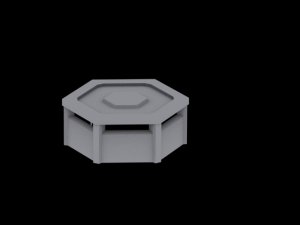 The Red Alert First Person Editor
Although not very important to the development of this project, i think this has a nice touch to it:

Created by Kenz3001, our graphics expert, this image will display when the editor is launched to setup maps for the game.

Code Management
The code for the game will of course be public and released to the modding community that will hopefully form around this game.We've organized everything very well, each unit, structure and vehicle has its own files easily accessible.We will also of course provide as much support as we can for creating your own custom content. 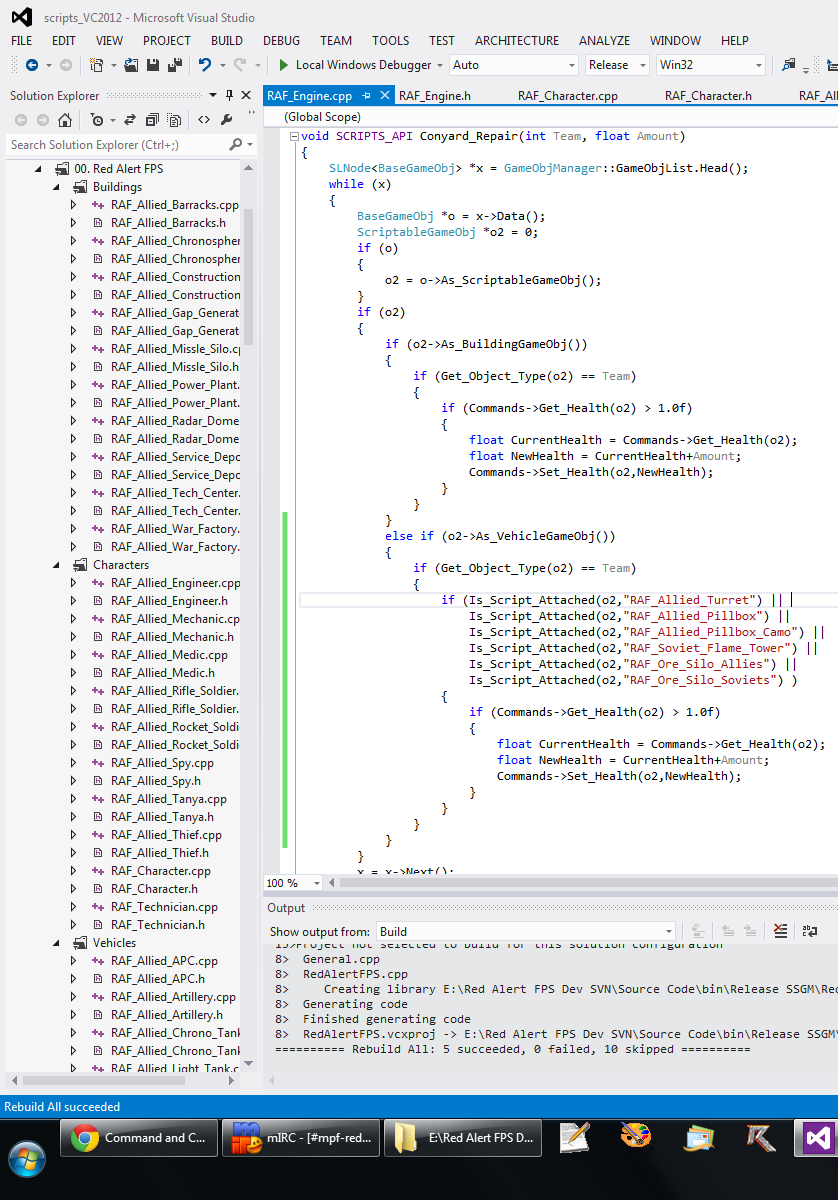 Radar Jamming
The Mobile Radar Jammer code has been partially completed where it now disables radar for the enemy when it is driven closely to a Radar Dome.

Ask zunnie why he release those picture early :3

Beware, Red Alert FPS HAS been done before, and it has been done VERY good. The title is called Red Alert: A Path Beyond. You might wana check it out if you will. The game features insanely fine balance and superb mechanical set-up, so as I said, beware.

Yep we know man, we actually used to play it during the Beta days back in 2007 with MP-Gaming.

Kind of sad, it's become quite obvious we have a karma-troll on the loose :D