For you that aren't following the game progress. Well, the game have a turn based system, that let you carry with you 6 monsters, but only 4 may participate the battles.

Well, the game have a turn based system, that let you carry with you 6 monsters, but only 4 may participate the battles.

The battle mode is ABS but the loading only shall pause if you choose an action, but by the way, it turns the things more interesting, isn't? 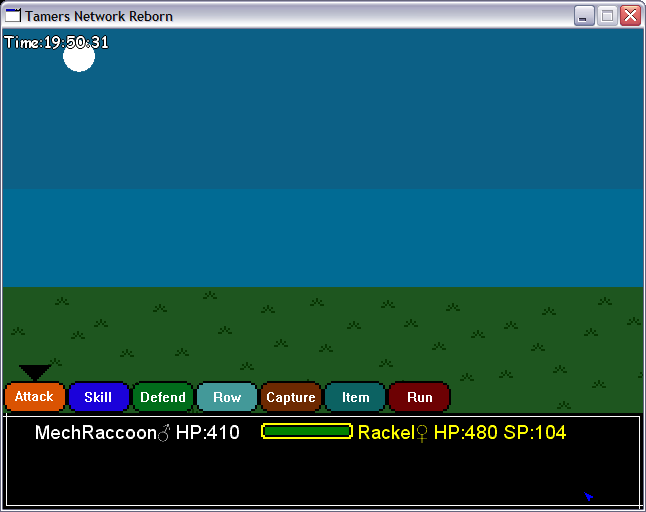 Also,the monsters they can have equipments, like weapons and armors, they can even dual wield weapons to do more damages.
Each weapon type will have some impact on the battle, even depending on the row that your monster,or the target monster is at.
For example,a bow will only deal 100% of damage if the target is on the back row.

Also,there are 5 status that you may change on your monsters to turn them tougher.
They are STR, AGI, VIT, INT and DEX.
At every level, beside the monster get bonus on his favored level status, the monster also gets 5 status points that you can assign where ever you want(if the monster is wild,the status is assigned automatically). 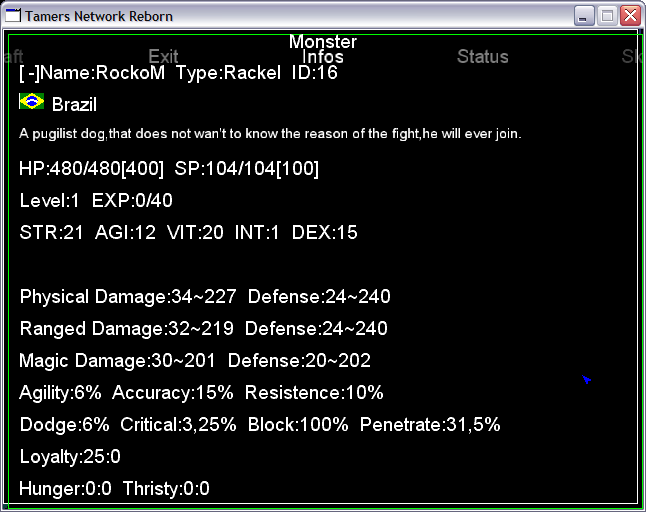 Status bugged on the teaser above.

Beside the image above being quite hard to understand,it's quite simple to explain how it works.
STR Increases the Physical Damage, as well AGI increases Speed of turns, VIT the health and defense, INT the monster's magic power and defense, and DEX the Ranged damage, critical, and other things.
But you may be confused about those status bellow.
Agility is the chance of Avoiding an attack, and how faster the turn will load on the monster.
Accuracy increases the general minimum damage.
Resistence is the same as the Accuracy, but to defense.
Dodge is the chance of the enemy miss your attack.
Critical... Well, you know, chance of double damage hit.
Block increases the max defense.
And Penetration increases the max damage.

Each status above increses with the 5 status shown above.

Well,there is also the crafting part of TNR,where you can craft items or your own products.
But some recipes takes some time to be made,so,the best bet is let your partner craft it.
Some recipes like weapons will take various minutes to be done,but according to development,it shall change soon.
But at the moment.This is all folks about crafting.

Also,on the exploration mode,instead of just teleporting to towns and fields through teleporter,this game inovates because you have to talk to another town,counting also the chance of getting yourself on a battle because of a wild monster. 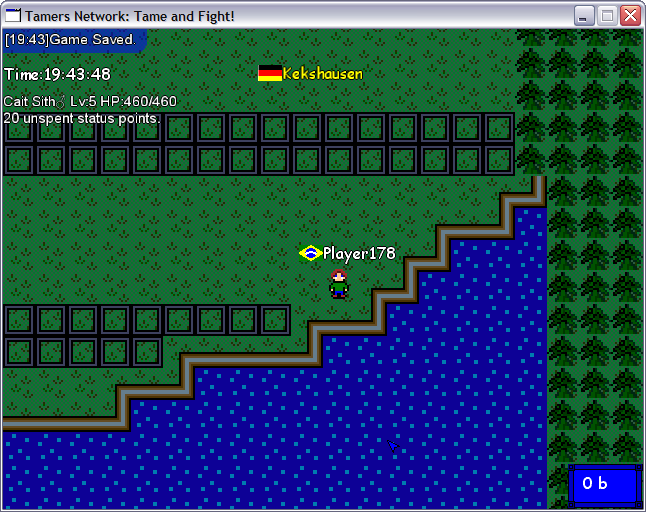 Also,the commerce on this game will change the way you can get extra game money.
You can but items on other town by a cheaper price,then sell expenser on other town,because of it's tax system.
Each item on the stores of the nation,will have some price depending on how wanted it is.
If the item is being too bought,it's price will raise,but if it is not so popular,the price will fall on that nation.
This system makes you buy some products from a town and then go to another town to sell them for the right price. 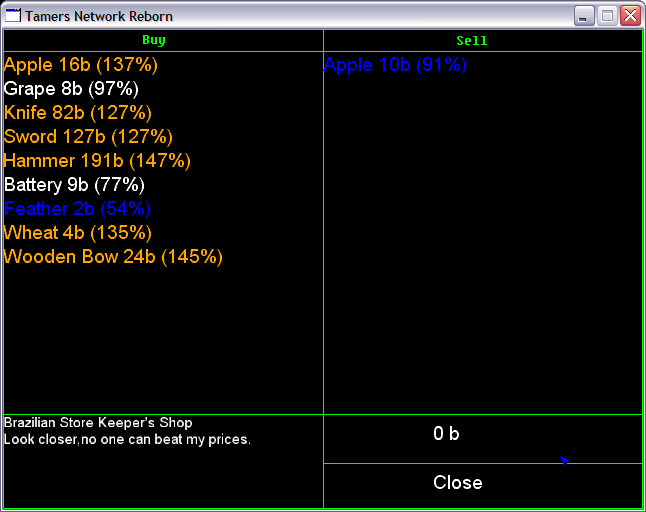 If you are a player that does not like to play alone all the time,you can ever open or join a match on multiplayer,and play with your friends,or not friends.
You may party with other players to get some shared experience and loot,or just to they help you on the fight against a fierce boss. 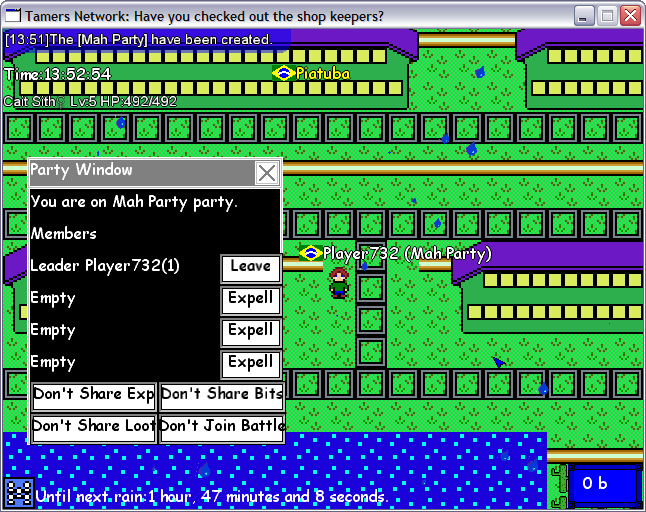 TNR Have some npcs ingame at the moment,mostly on Piatuba town.
These npcs may give quests,or are shop keepers,or even want to battle.
But my ambitiousness make-me want to add wanderer npcs,that are randomly generated by the game,and may be added to party,or fought against,being them a party of npcs or monsters.
Nothing says that you can't party with monsters :P

I think that's all to the recap of TNR.
I hope you guys likes the project,and help me with the mob db.
Well,until next news.