The official [REC] Shutter V4 download is now released and can be downloaded.

Released [REC] Shutter v4, The game where you play with the POV of a camera and record any huntings in the Pennyhill asylum.
The Game Shutter is a survival horror game that you must progress through levels while avoiding the paranormal and solving puzzles. The story will progress as the player goes through the levels. This Game will focus not only you recording Even his Story and his Life. You take the role of a Reporter named Connor, which will be reporting Pennyhill, a Dark Hunted Asylum. You will be equipped with the latest equipment; Animated camera which includes night-vision and a Shutter effect. Filming every action you take and taking screenshot's of paranormal Activities. Game will include feature's like Panic-bar/Fear, Slow-mo, Stealth, investigation And much much more.

The Story
My name is Connor and my daily job is a Reporter, However not a sucessfull one.
I Suffer from Insomnia, i Useully can't sleep that much, i always wake up at night,
and whenever i get some sleep i'll have a nightmare that will wake me up with my
heart pumping out of my chest; But that won't get in the way with my job.
The last nightmare i had was 3 days ago, I Dreamed that i was followed by this guy in my own house, I Renember a bathroom and then all of a sudden i was in a Asylum cell, filled with blood .. Then the next thing i know is i just woked up. This happend 3 Days ago; after i recived the interesting report of one of the most hunted scene's known to the human race. The Hunted Asylum.I Renember when I was a Kid my mother used to tell me stories about this MadHouse. After it got closed due to unexplained deaths and suicides - Strange things been happening and it was announced as HUNTED.I want to look more into this hauntings of the aslyum, and see if it is truely that paranormal. This is my big chance. I'm getting my camera ready and going to report Pennyhill. 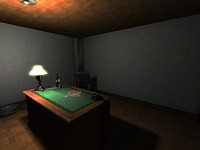 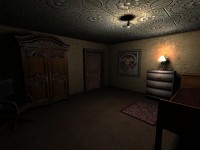 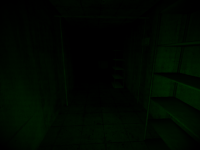 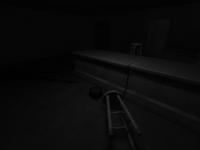 Is there a way to determine what version of the game is installed?

By updated map, do you mean more levels? I am really looking forward to this game having more levels! :)