Hi,as mentioned earlier in the previous post, we have released a prototype to let you taste the game.

Hi,
as mentioned earlier in the previous post, we have released a prototype to let you taste the game. This build cannot even be considered a pre-alpha yet but is intended for testing purposes and is very useful for us in order to get feedback about the basic gameplay mechanics.

The only available match mode at the moment is 1vs1: a simple arena and two dummies ( blue and red ); rules are very simple, just shoot the ball and score more goals than your opponent does.

Just a few words about the crosshair: it changes depending whether you are aiming at something or not.
If the crosshair looks like the following image then you have acquired a target ( the ball or your opponent ) 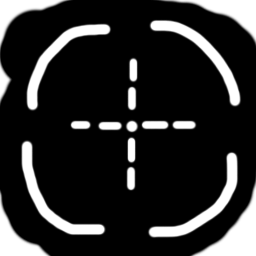 otherwise you are aiming at nothing at all ( or maybe you are too far away... your gun has a short range ) as in the next image 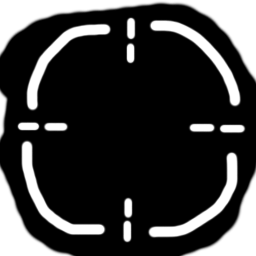 There are also two bars you can see over and below the crosshair.
The yellow bar increases a little every time you shoot the ball ( but you must be in the opposite half ) and twice if you score a goal; once it has fully charged you can use the powerful shot ( RMB ).
The red bar instead simply tells you when your gun is reloading, so you cannot shoot until this bar is gone.

We really hope you can all play and enjoy our prototype and help us adjust and refine the basic gameplay mechanics since they are very specific and there is nothing like this around, not with the same mechanics at least.

In the meantime we are going to implement a lot of new features to make the game more exciting:

These are some of the features ( maybe the most important to start with in our opinion ) we planned to add in Shootball Arena in order to get in Early Access on Steam ( in the first quarter of the next year... I hope ).

So what else… oh yes, here is the link to download the prototype

To install it simply download it, unzip on your hard drive, move in the folder just created, launch the .exe and enjoy the game.

A small gem, I was doing some test; you can play with your best friend this way.

Using the small gear you can changes some settings (audio, video and mouse sensitivity ).
Doing some test - Indie DB

Let us know what you think about the gameplay, if you like it and what you would like to change or to see in the final release.