Redrawn lots of art, cutscene system, items that you can pick up! 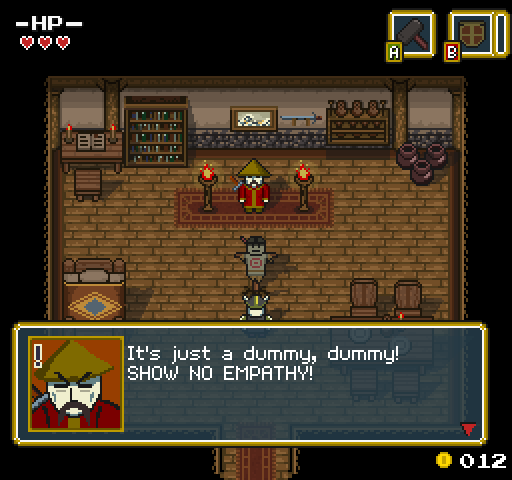 Here's an old screenshot for comparison: 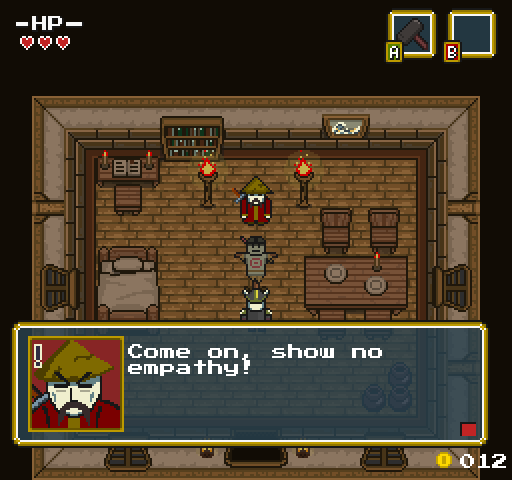 You may notice that I made a lot of changes in Master's sprite. One big change was making it more 3d by using colors better (I'm still not very good at this, but at least the sprite doesn't look as flat as it did before!) 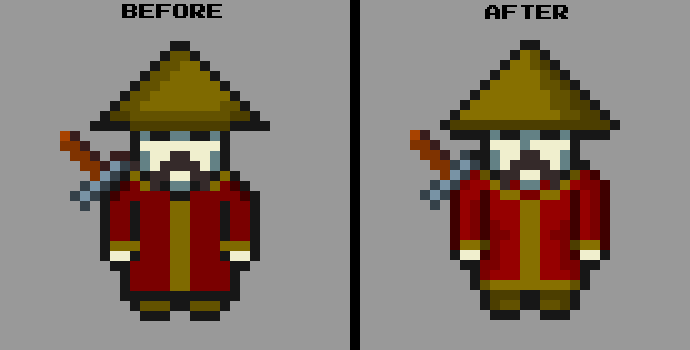 Right now I'm working on a cutscene system and it's working pretty well. Here's an example of a simple cutscene. Nothing special, but I'm very glad to see the characters come into life. Now I need to draw some animations

It's easy to read and modify which is great. I especially like "Event" action which waits until the particular event is triggered (in this example it's when the player walks across the bridge and collides with invisible trigger)

I was able to do lots of stuff with Cutscene system I've made recently. It's more like "scripted sequence of events", not just for cutscenes. It would take me so long to make the same without it (I previously made short cutscenes with triggers all around the map and different callbacks between entities which was pretty painful).
I'll make cool cutscene soon and I'll be able to show it's full strength.

I don't have much time to work on the game now, because of the exams but they'll soon be over and I'll spend lots of time making the game.

Thanks a lot for posting this, it's very informative!

I've been following your progress since I stumbled upon your LUA & C++ tutorial. All of your updates since, have been incredible and also motivational for me.

Keep up the good work and please don't stop! Haha!

And thank you for your support! Glad you like the stuff I'm making :)
I won't stop, I can promise that. :)