Paranormal is now available on Desura!PARANORMAL: THE TOWN announced! We made it on to Steam!

PARANORMAL 1.2.4 IS NOW AVAILABLE ON DESURA

PARANORMAL: The Town -- The first FREE expansion pack announced!
PARANORMAL IS ON STEAM!

Paranormal is finally fully released! Paranormal 1.2.4 contains many bug fixes, as well as a new experimental gameplay mechanic called Stains. Stains are paranormal hotspots that have a small chance to appear throughout the house. Are they dangerous? Only one way to find out. See the changelog below for more details.

PARANORMAL: The Town -- Paranormal's first free expansion pack will, in essence, be a sequel to the base game. Since it's pretty much an entirely new game, it will take quite some time to complete.
Here's a feature list: 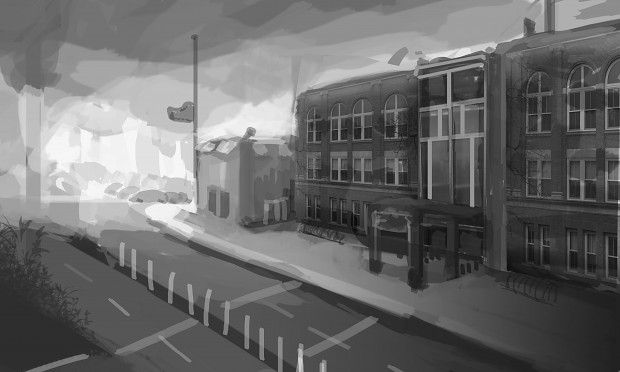 Paranormal is on Steam!

Here is how to get your Steam key:

To claim your Steam key (if you own Paranormal on Desura), visit this URL: Indiedb.com
And find Paranormal on the list. Click keys. Your Paranormal Steam key should be there.
To activate it on Steam, open Steam and press 'ADD A GAME...' and then 'Activate A Product On Steam'.
Enjoy!

IS NOW AVAILABLE ON DESURA!

Omg you said its going to be like Silent Hill i cant wait to get my scare on :D