INFRA: Part 1 will be out on Steam next Friday on the January 15th. Lots of stuff to cover in this post.

INFRA: Part 1 will be out on Steam next Friday on the January 15th. Lots of stuff to cover in this post.

So, first things first. We're finally announcing the price tag! INFRA: Part 1 will be available for 14.99€ or your regional equivalent. If you want to throw in a bit of extra, you can also get the INFRA Original Soundtrack for 4.99€ or buy the "INFRA Deluxe Edition" which includes both for 18.99€.

This is a bit lower than what we asked for in our Indiegogo campaign. We want to talk for a bit about why we chose this price point.

We thought about the price a lot, but in the end we felt like that even though there is a lot of stuff here, Part 1 doesn't include enough content to justify the full 25€ price tag that we originally planned for the entire game. 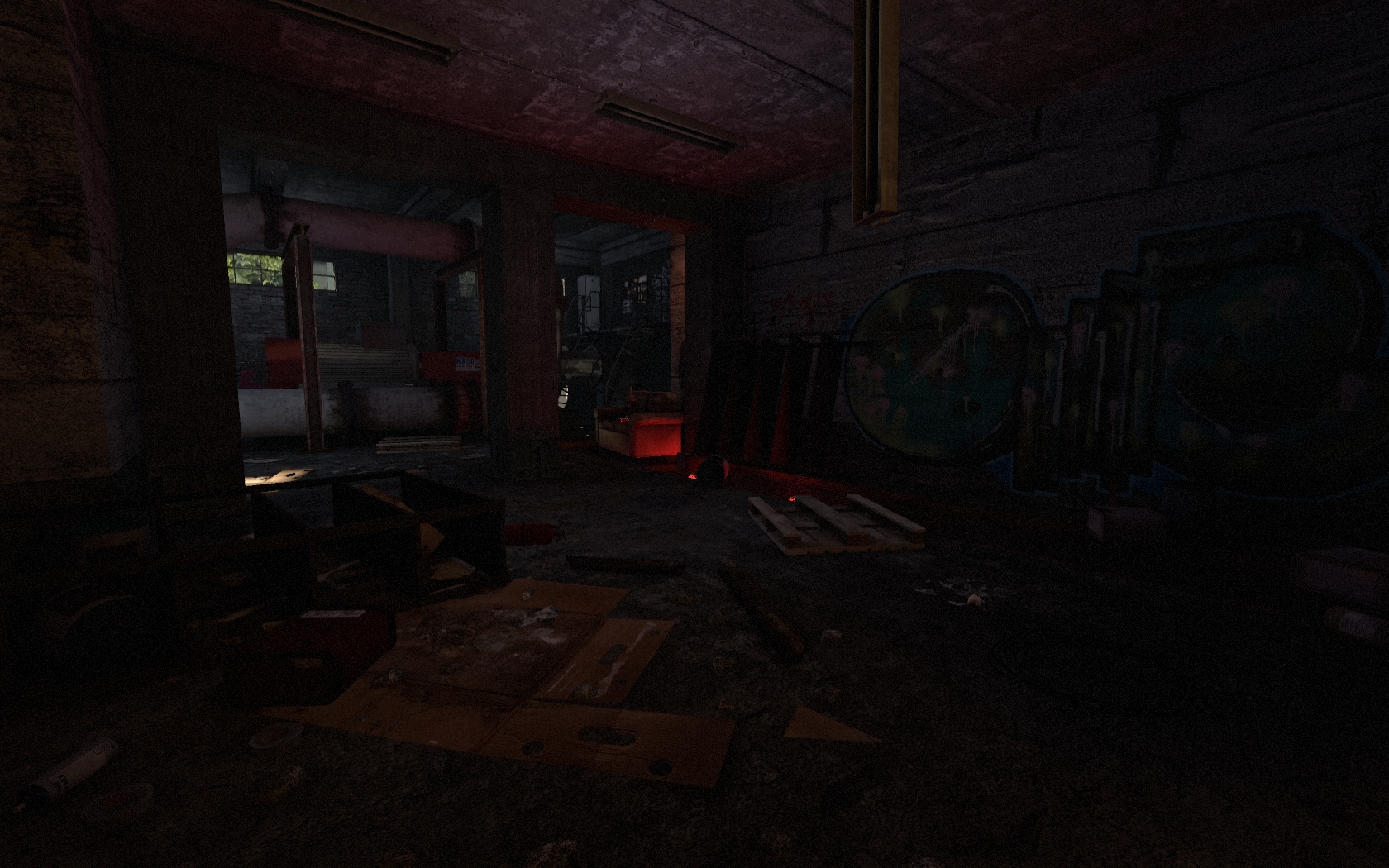 Then, the second thing. We regret to announce that the OS X version will be delayed. It turned to be way more work than we initially thought. Instead of just pushing a button like is the case with most game engines, there's quite a lot of work involved in the process. While we thought that we could get it done in time, we didn't.

Don't worry though, we're still committed to bringing INFRA to OS X. It'll just take a bit longer than we thought. We don't have a precise estimate, but it'll be available shortly after release.

We have some good news too. We just pushed out a beta update. If you're in the beta, you can find the changelog in the usual place. This will probably be the last update to the beta.

My wallet is ready.

Quite a high price, I hope it's worth it!

Definite purchase, thank you, developers of Loiste. Been following this from the moment it appeared on Moddb.

When you mean "Part 1," does that mean we'll be paying for "Part 2" as well? I'm as excited about this as much as the next guy, but I'd hate to be charged double even if it (very likely) lives up to the hype. With all due respect, I feel it would be be like those Part 1/2 movies that coax the customer into paying double for a complete finale... That being said, we haven't had a good Source game since Titanfall, so like Crypt said: My wallet is ready!

All Part 1 owners will receive Part 2 as a free update.

Are you sure? It seems rather cheap for such a big game

I don't know if we'll raise the price once Part 2 comes out. We've talked about it internally, but we couldn't reach a consensus yet.

We've also thought about Part 2 being a paid DLC, but almost immediately discarded that idea. It doesn't seem right at all to put half of the game behind a paywall.

How about this: whoever buys part 1 for 15€ BEFORE part 2 is released, gets part 2 later for free. After part 2 is released, you raise the price of the complete game to 25€ (or whatever you think it's best).
This way you reward the early supporters with a nice price and later adopters get the full game for the "proper" price

That is what we're already planning to do :)