Bad Mood is a 80's inspired indie game under development. It basically is a competitive Doom-like/Tower Defense game where you can choose to play the good guy or the bad mastermind! 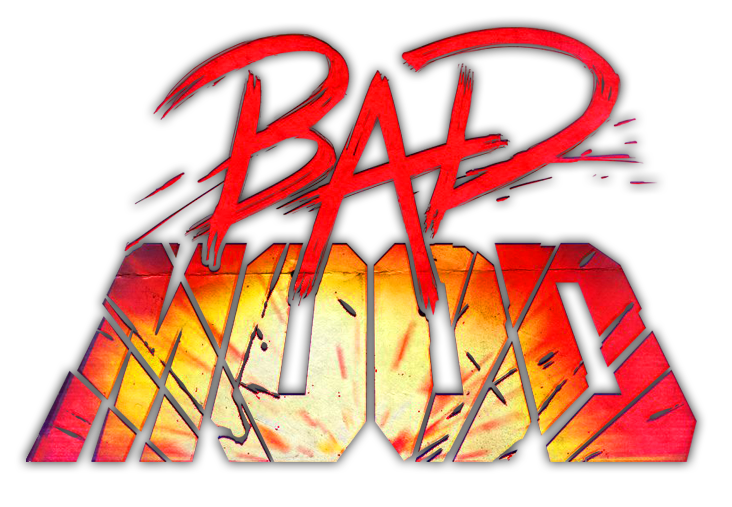 Bad Mood is a 80's inspired indie game under development. It basically is a competitive Doom-like/Tower Defense game where you can choose to play the good guy or the bad mastermind!

The original idea behind Bad Mood is to place the hero in a big non-linear 80's inspired level that he must exit while the bad guy is trying to defeat him dropping units in the level. The good guy has to look for keycards, bonus and weapons to progress through the level and reach the exit.

But Bad Mood is a quite ambitious project, and we're a very little team (we only are one programmer and one level artist, with help from our concept artist friends), therefore we decided to reduce the scope of the project for our first prototype. 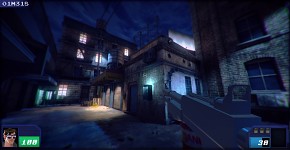 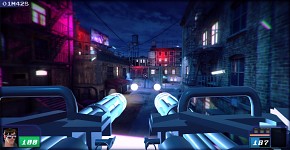 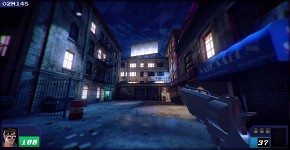 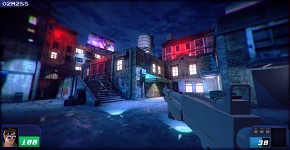 That being said, we're very happy to present you our Bad Mood prototype! This prototype will consist of a Survival Mode, which you can play in both local multiplayer and solo.

Bad Guy :
- Drop static units like turrets or mines in the shadow to blow the hero up when he thinks he's safe!
- Drop deadly mobile units such as Guards, Slashers, Tanks, Kamikaze or the awesome double rocket launcher equipped Scorpio!
- Don't let the hero breathe and make sure he gets a painful death! 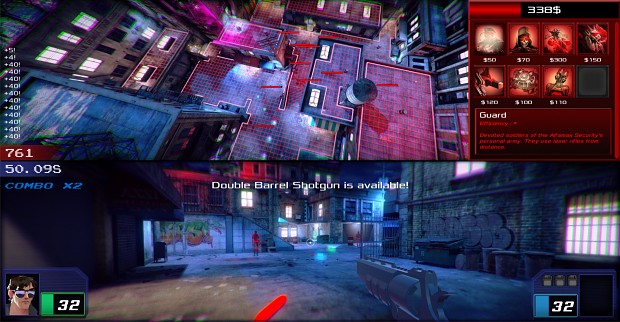 Good Guy :
- Run, jump, double jump, shoot, behead like it's your daily job!
- Search for bonus such as double weapons, hack, armor or speeder!
- Survive enough time to get badass weapons such as the double-barreled shotgun, the minigun or the rocket launcher!
- Make hellish combos!

We hope you'll enjoy playing Bad Mood prototype, and don't hesitate to give us any feedback! We will be happy to discuss the game with you. Now go, fellow. Spread chaos, or save the world!