It's me again, but this time earlier than usual. The reason for this is simple yet satisfying - the Pre-EarlyAccess-Work! And because it's nearly about time, I am trying to push out news more often 📰.

Let's dig into the Sandbox, kid! 🌞 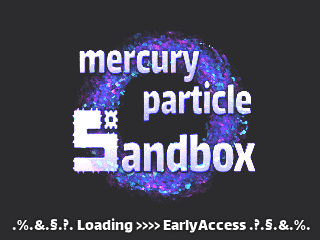 This animated png was entirely made with the Mercury Particle Sandbox! (despite the font; that one I made with Inkscape 😎).

The first impression is important, right? Maybe this is true - maybe not. Anyway, polishing in game- and software development is key... I think 🤩

However, I decided to spend some hours into that topic and made sure that the sandbox doesn't look that bad. And what's a better way for a software to look polished if not by icons, colors and seperators!?

The "View" element allows you to hide or show specific entities from the rendering and to reset the camera. To make this obvious on the first sight, I implemented the corresponding symbols from the scene manager and I also added a small camera icon (cute, hu?).

The shortcut keys (F1, F2 etc...) are showing to you, that you can also use your keyboard for the same functionallity. The shortcuts are also respecting your checkmarks. For example: you disabled kinematics, so on keypress the rendering panel will show or hide the dynamics, statics and sensors. The kinematics stay always hidden.

Yep, the scene manager also supports custom icons for entities now! Add whatever you want to symbolize what the corresponding entity should stand for.

But you could also create a figure with object entities and then just put a symbol of Super Mario or Pikachu on that. Or you create a Dragonball particle effect and put a Dragonball icon on it and so on... it's YOUR decision!

And yes this will be also compatible with the steam workshop integration, which comes in a later update. 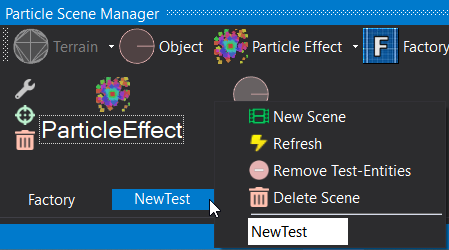 As you can see, it is totally possible to create more than just 1 particle scene per project. You can create as many as you need.

In the moment each scene gets differently loaded, which means that only one scene at a time is visible. But it's imaginable to extend that functionallity to a scene configurator later, which could make it possible to merge scenes together to have more space for entites in the scene manager and have everything in order at the same time.

Just right-click on a scene tab and click on "New Scene"! 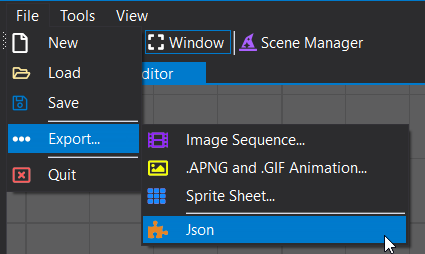 I recently added probably one of the most important features when it comes to exporting things from the sandbox; Json-Export!

Export your particle effect creations to the json format and use it everywhere you want. You could use it natively in your MonoGame project for example. You just need to import the Mercury Particle Engine libraries. You are free to do so - for fun or commercially!

This is how a json file for a particle effect looks like: 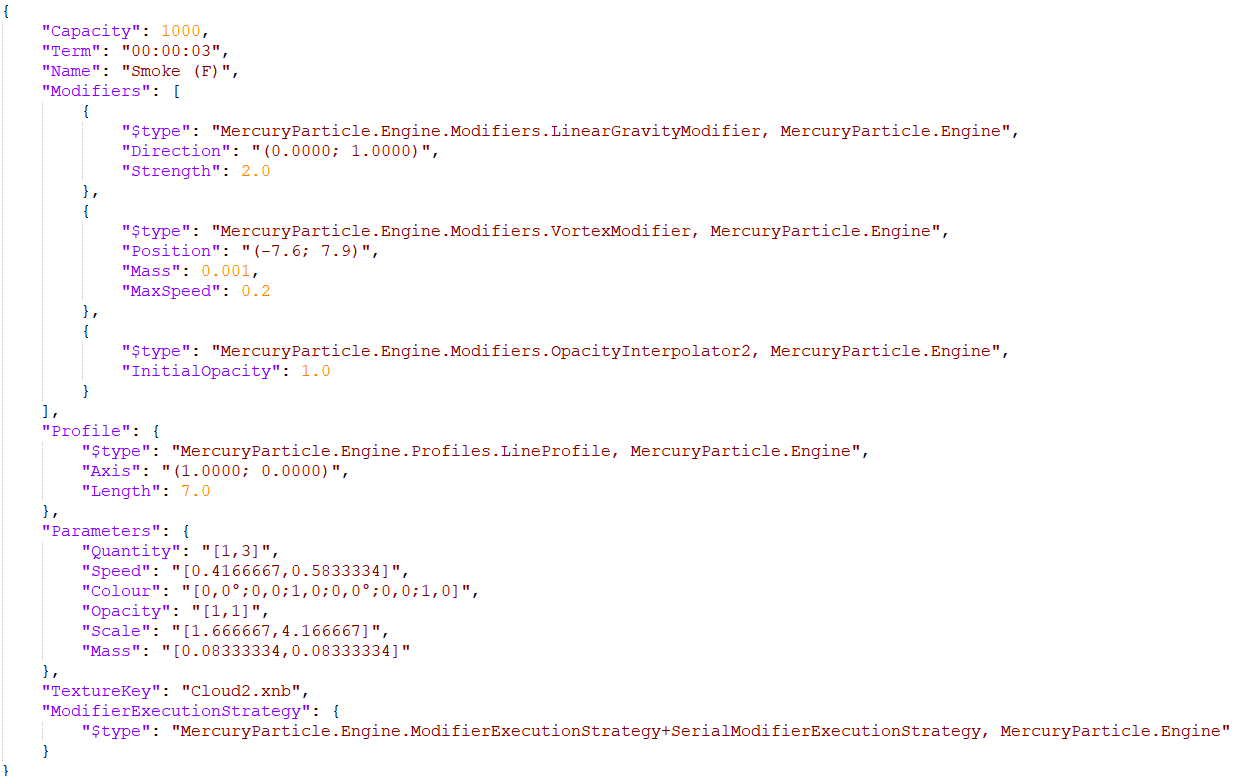 In your code you just need to call:

And you are done!

This news came out a little bit longer than expected, but fortunately I could work alot on the sandbox in the past week. I hope it will be the same for the next week.

In the next week I will push the first couple of versions to the steam backend and create seperate branches for it. I already got press inquiries (🚨), so this will be perfect for directly testing stuff on steam.

Don’t forget: I will release this application COMPLETLY FOR FREE ! My only “currency” is YOU - following and whishlisting this sandbox on Steam:

I would also love to get your follow on my steam developer site:

Things like that helping me immensely to get visibility and to spreading the word.

I've got already a nice amount of wishlists. So, big THANKS for your ongoing support.

Thanks for reading and I am hoping that you like the progress so far.

Have a sparkling day! ✨