In which two new scenes are added to level two; an isolated marking is likewise added; the face shown last week is integrated into the level; and the player can look around on the prologue lift.

This week's screenshot depicts a small shrine, found in a building within level two: 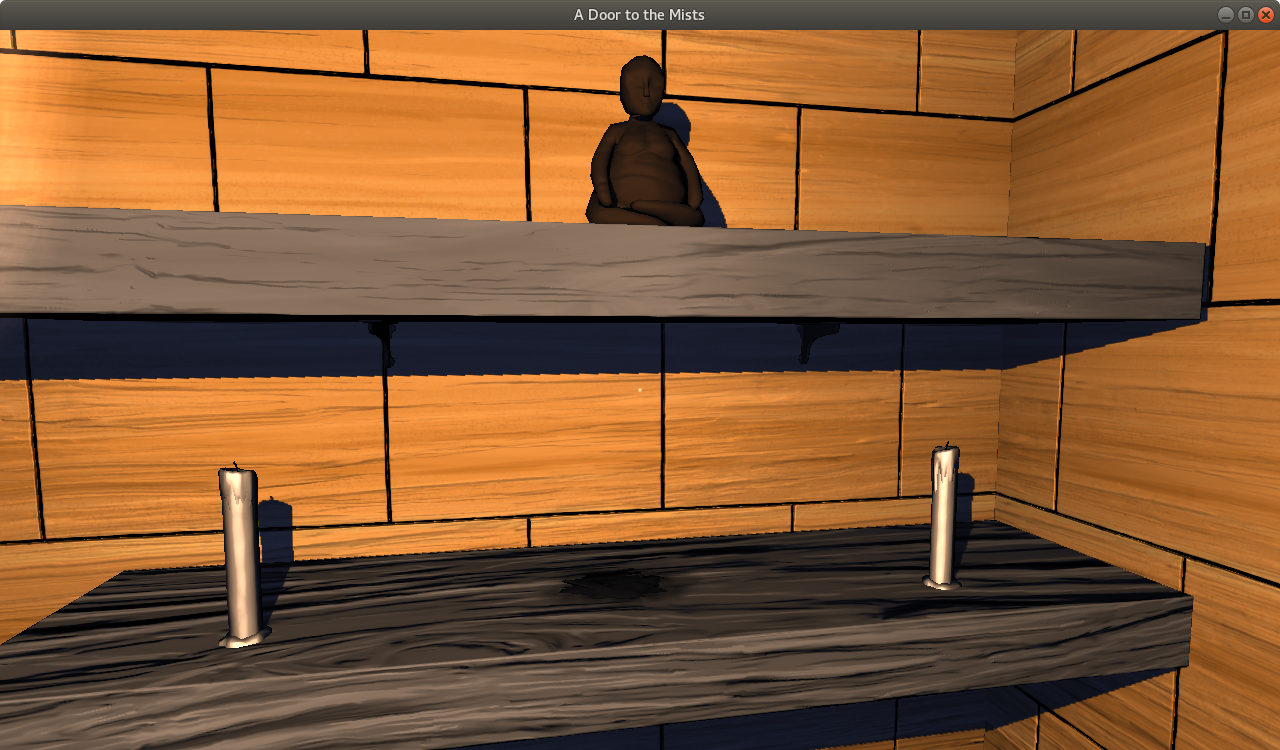 The work of the week just past was pretty much entirely given to various enrichments of level two, with just one exception.

To start with, there are two new scenes to be discovered in level two:

The first is shown above: a small Earth-Mother shrine that may be discovered in one particular building. On a shelf above rests a small clay figurine; the player can attempt to take it, but our protagonist will refuse, citing that it was someone's god. On a shelf below is a pair of partially-used candles, and the remains of one or more small burnt offerings.

The second scene is shown below. This one is... a little less pleasant. At the end of a blind alley one may find the remains of several small, broken clay pots (and one intact), along with liquid-stains on the cobblestones and the neighbouring walls. 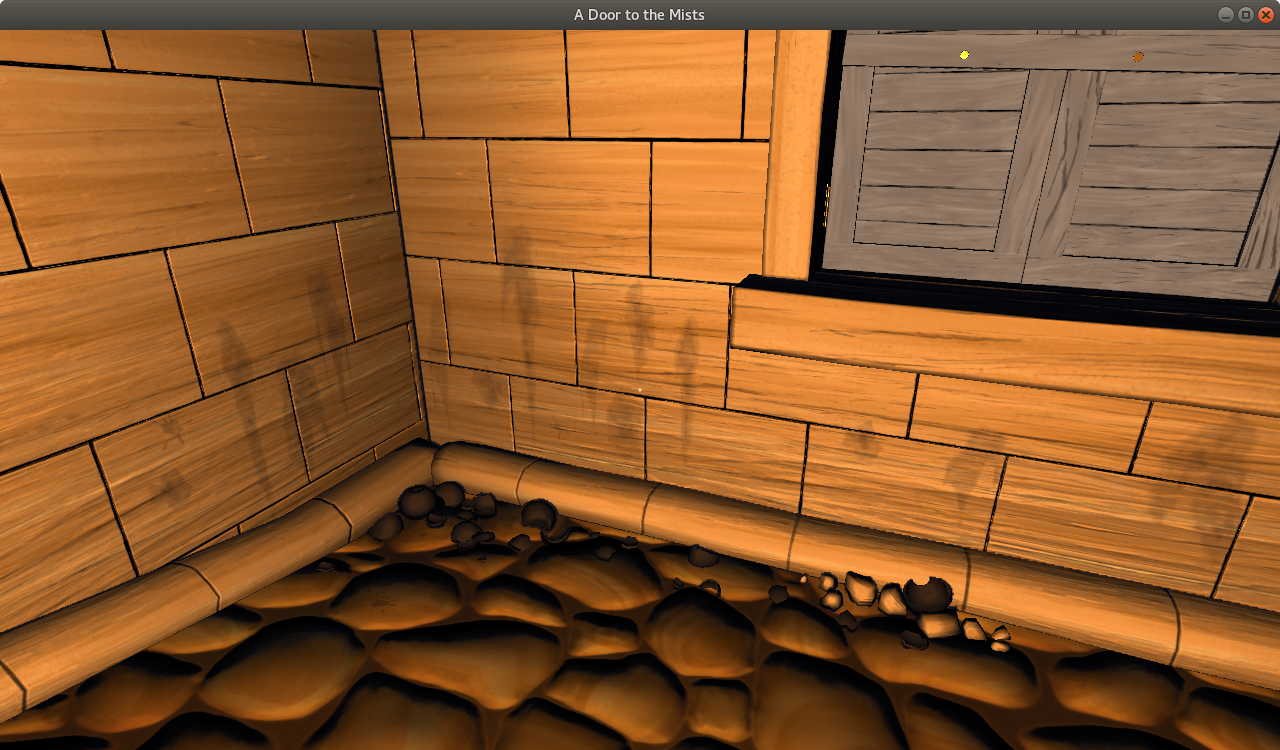 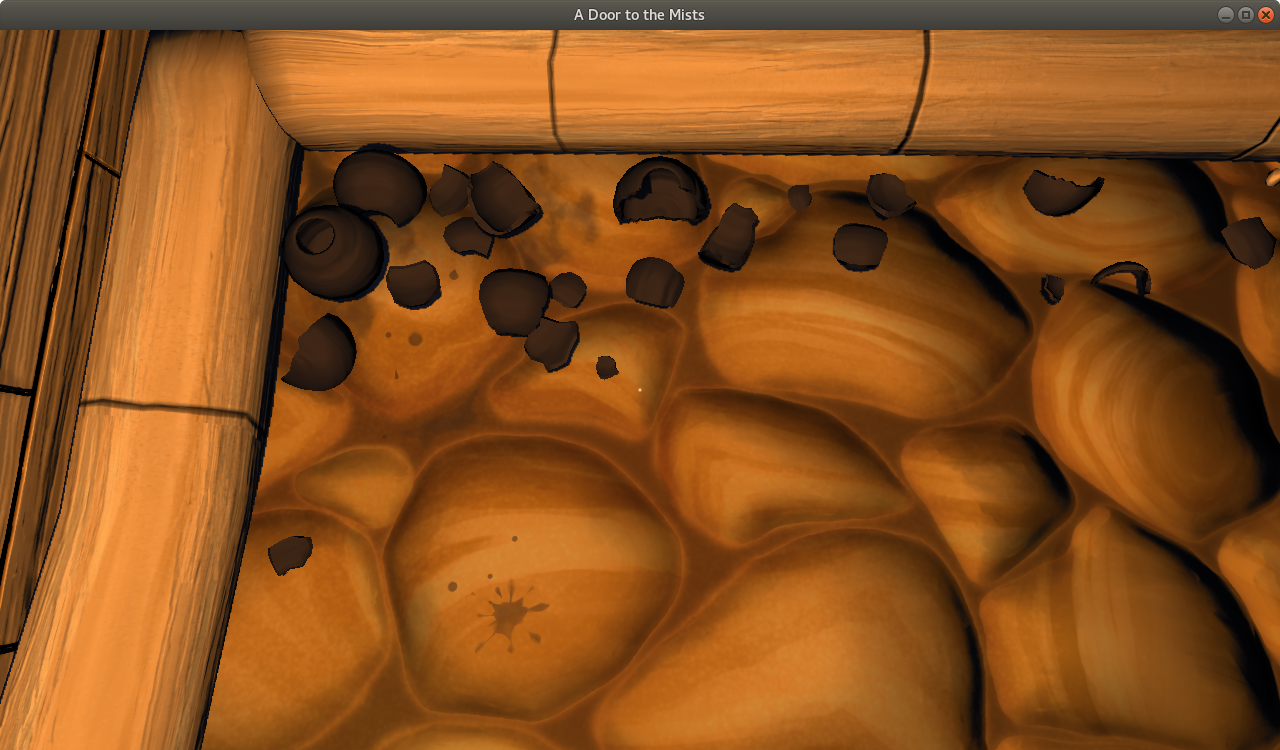 In addition to scenes, I've added an isolated charcoal marking, much like the face shown last week. This one is a simple guard-mark, used by patrolling guards to communicate with each other.

Speaking of that face, it's now in the level, with final touch-ups made in order to integrate it with the seams in the stone blocks on which it's drawn.

I said above that there was one exception to the general rule of the work that was done in the week just past. That exception is a minor change to the "lock" placed on the player when ascending on the prologue-level's lift:

Previously, ascending on that lift not only locked the player in position, but also locked their ability to look around. (This as a result of the feature that I was using to implement it.) However, being unable to look around did not feel good at all--indeed, I imagine that it would more likely feel like a bug than something intentional.

So, in the week just past I implemented a simple solution that enables the player to look around while nevertheless held in place. It's a little hacky, but it works, and I think that the result is a significant improvement!