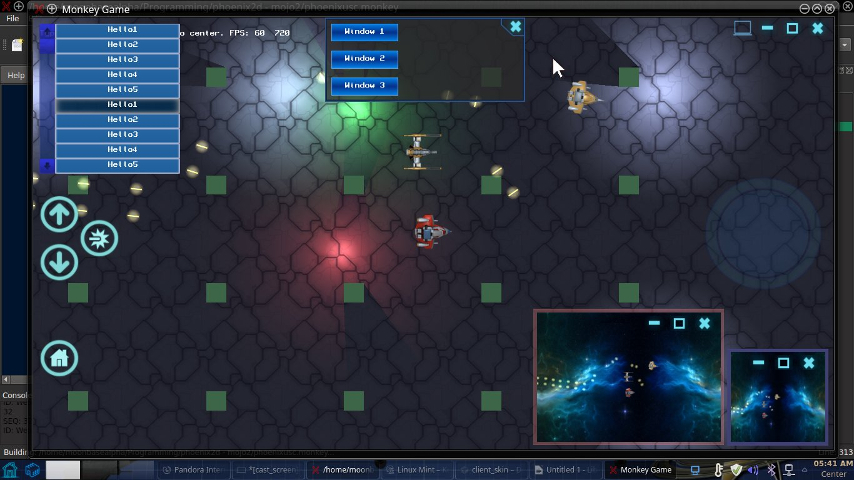 I have a background screen casting feature working which allows you to cast a window to the background screen. I have a little screen icon (you can see upper right background screen) which when clicked will cast that window to the background. You can think of it as sort of a bottom-most window (really a bit more complicated). Once cast all other windows will appear above it and work normally. Clicking on the cast window (background screen) activates it and all the GUI components will work normally (with all other windows above the cast window). Super cool and so right for gaming. I'll have a video up here in a day or two (soon) which should give you a good idea of how this works.

For Phoenix USC I plan to add in a RTS path in addition to the arena style fighting and features like this really make it easy to manage.

I'm also exploring virtual screens (sort of like a virtual desktops on a PC) and I think I can make that happen code wise. Anyway, I was so exited casting worked I had to post about it.