Posted by EleonGameStudios on Jul 14th, 2016 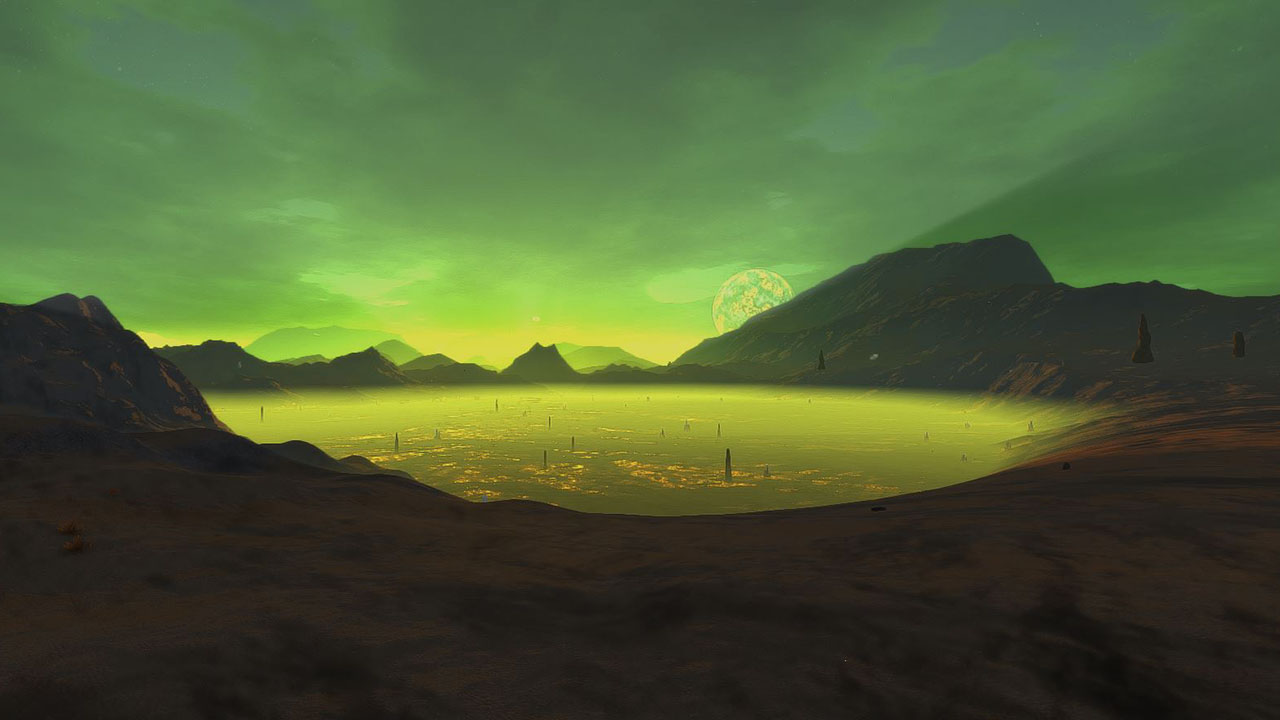 With version 2.2 we primarily concentrated on some performance features and tweaks, which should help to run the game smoother in a lot of situations. As always, this is just a first step, we are aware of more weak points and we will iterate on that in the coming months. Like the feature development, this an ongoing process, not a one-time task.

Said that, we would like to ask you to run our performance survey again after having installed and tested the new patch: Survey.empyriongame.com

This will help us a lot - thanks in advance!

Starting this week, we have begun to work on the first features of version 3.0. And, although we cannot detail all the features yet, we just want to say 3.0 will mark the first step into a more varying and ‘living’ world. Of course we will add nice features, balances and bugfixes as well ;-)

Now, enjoy v2.2 and send us your feedback right here!

PS: If you are not comfortable reporting bugs and issues in the forums or by mail, just create a ticket at support.empyriongame.com (no login needed)

Have a look at some of the new textures we added for the resource meteorites. For example, Zascosium meteorite: 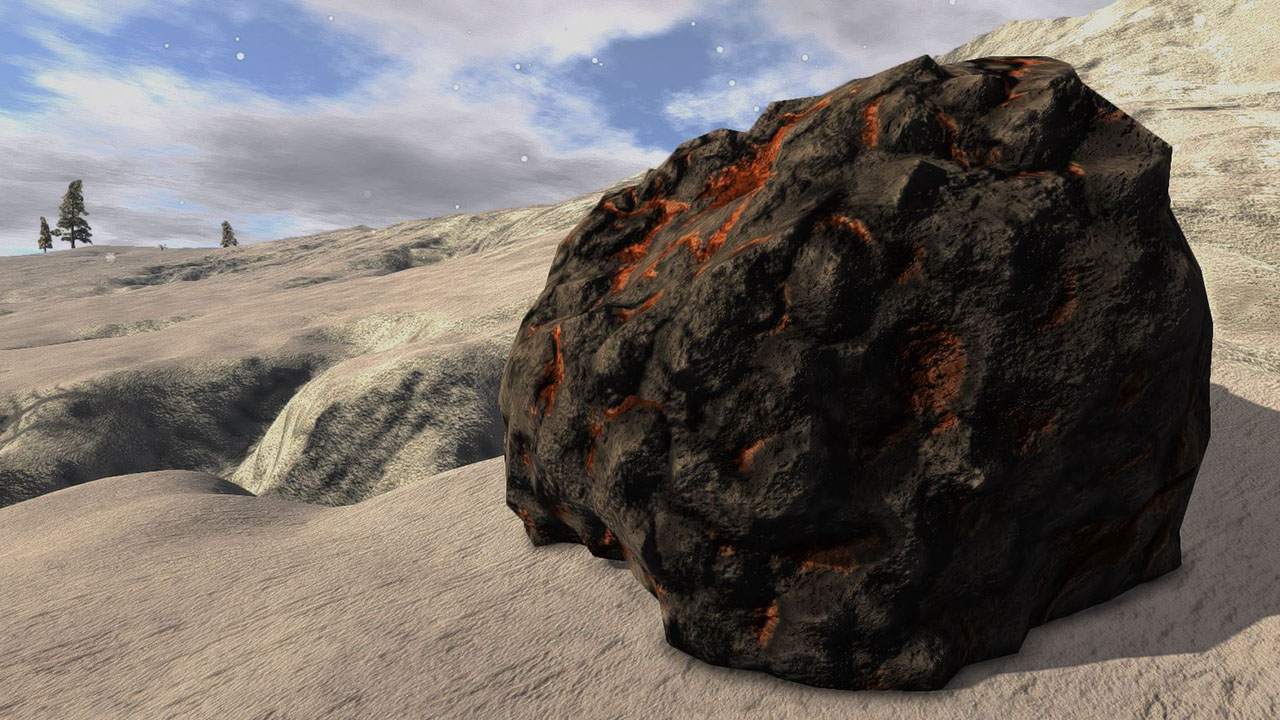 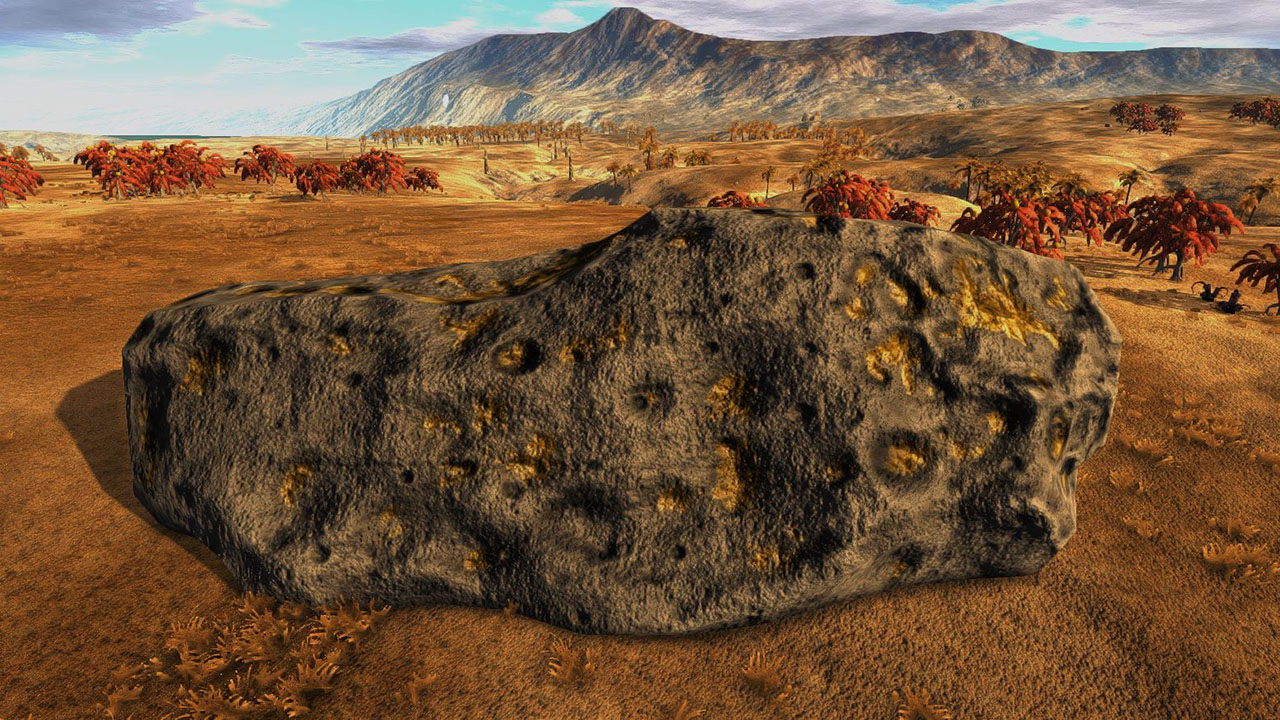 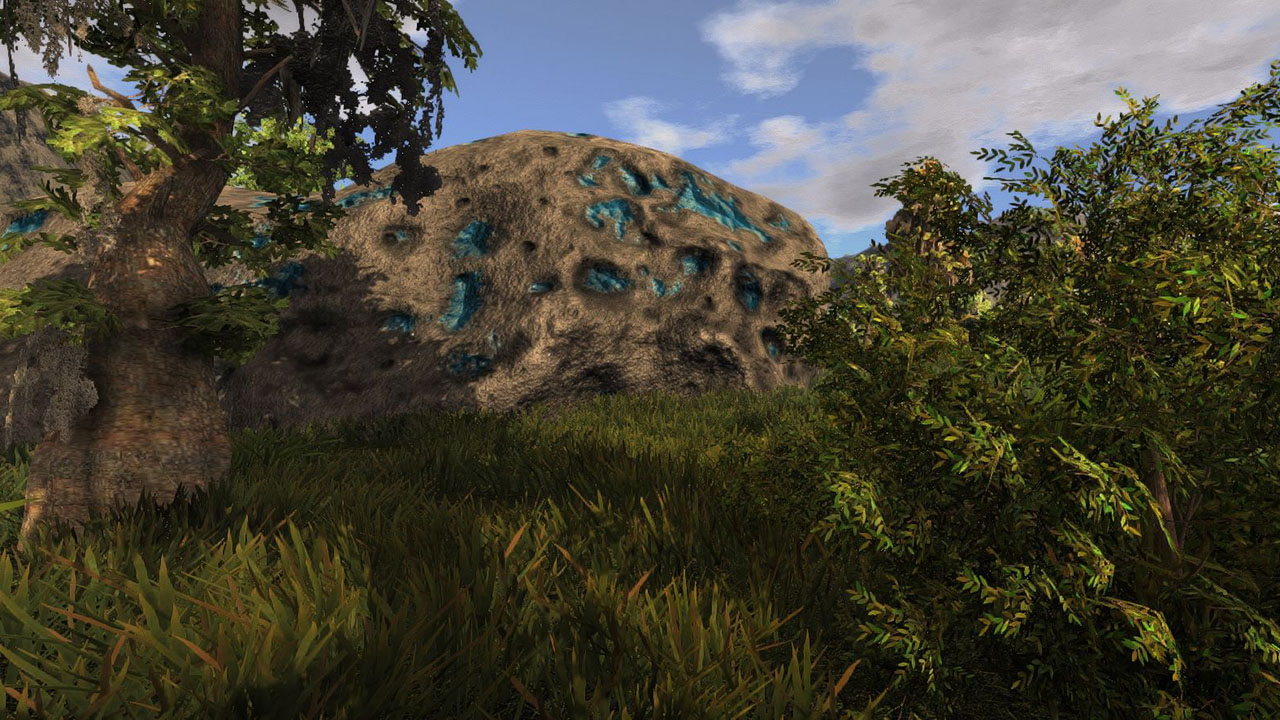 We have also improved the visuals of the Escape Pod (it is now much smoother): 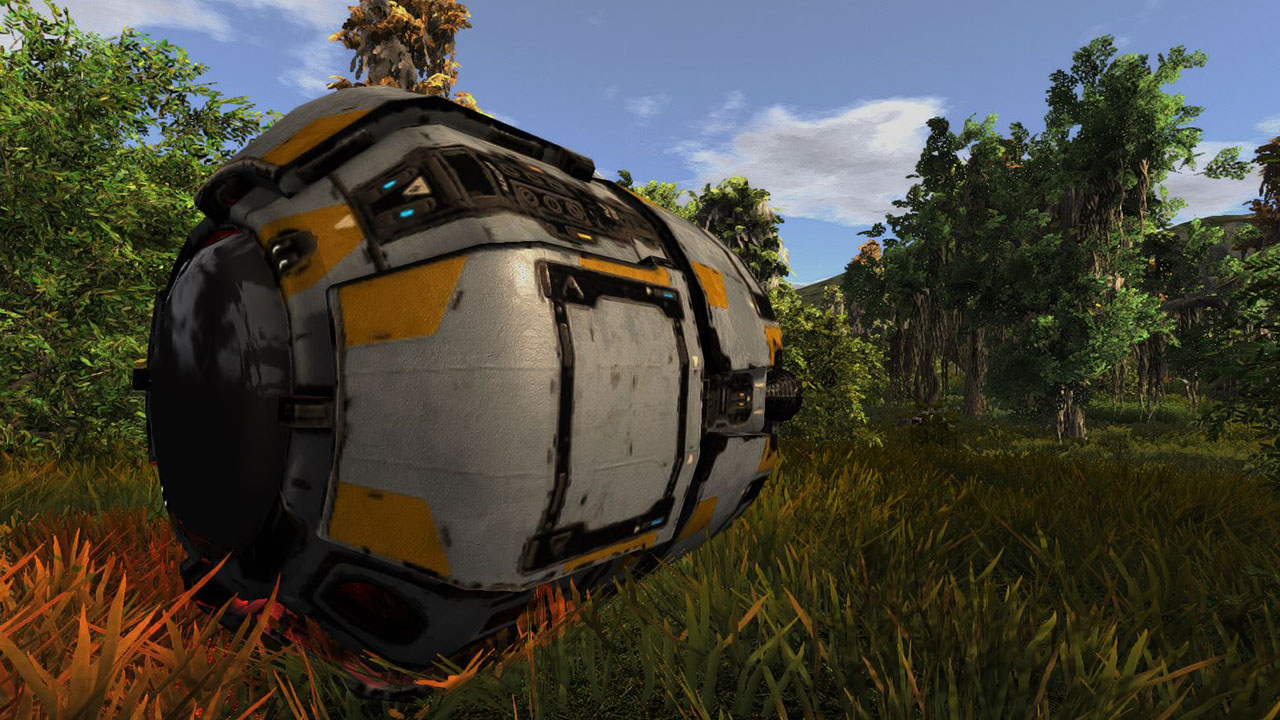 Regarding optimizations, we significantly improved the performance on planets with ground fog (e.g. alien planet) without changing the visuals of the fog: 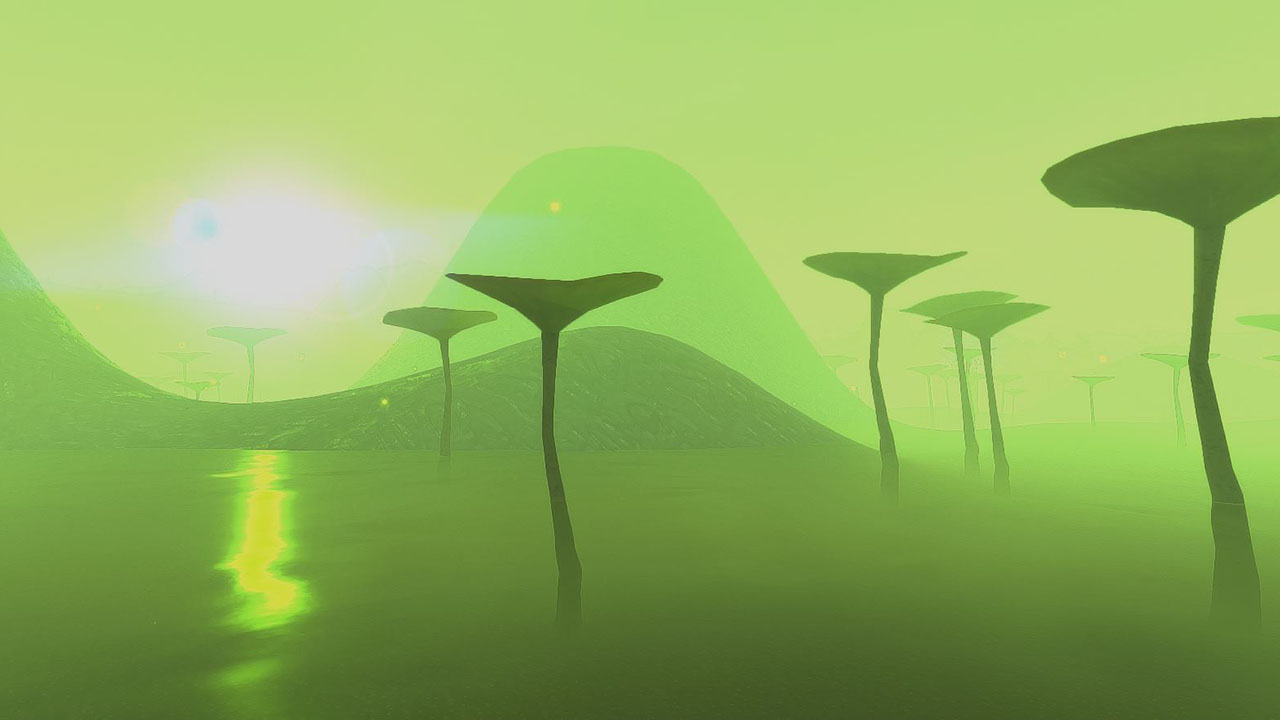 Another optimization concerns the Raptors. We reduced the triangles from 130k to about 25k without scarifying the quality (having 10 raptors in one scene, could have a strong performance impact on low-end machine before): 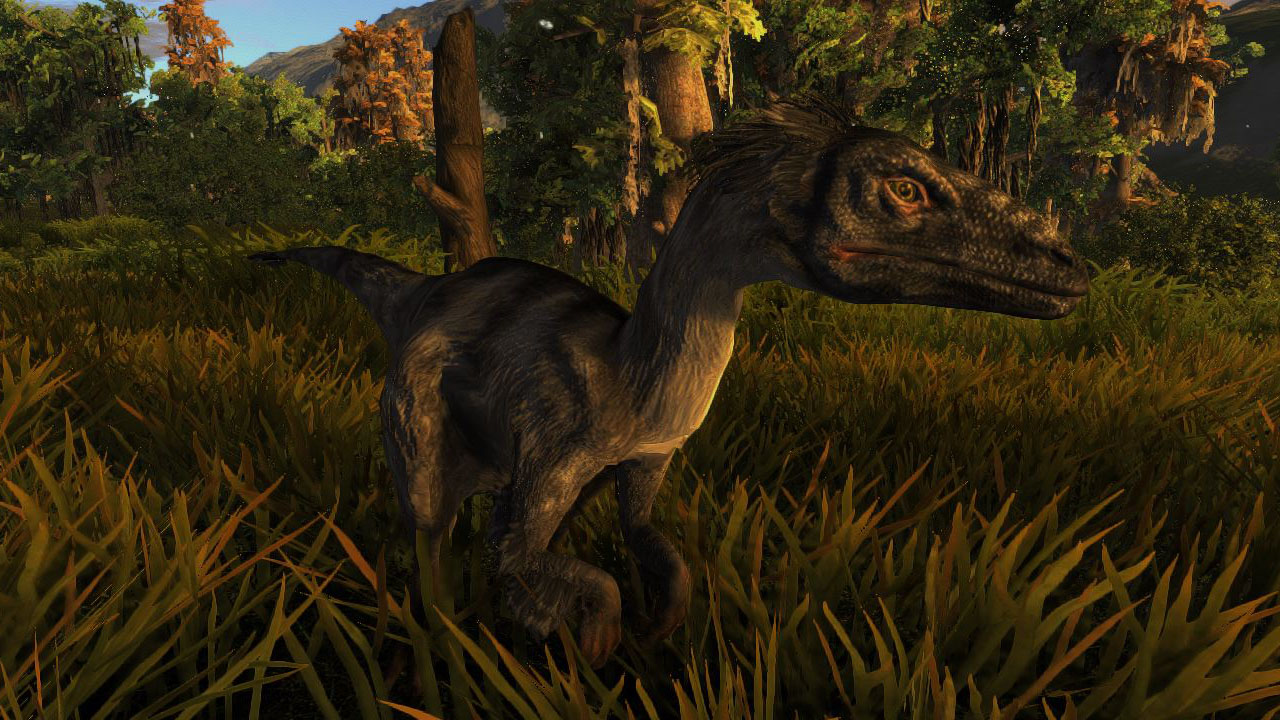 Finally, we added a new bush on the alien planet: 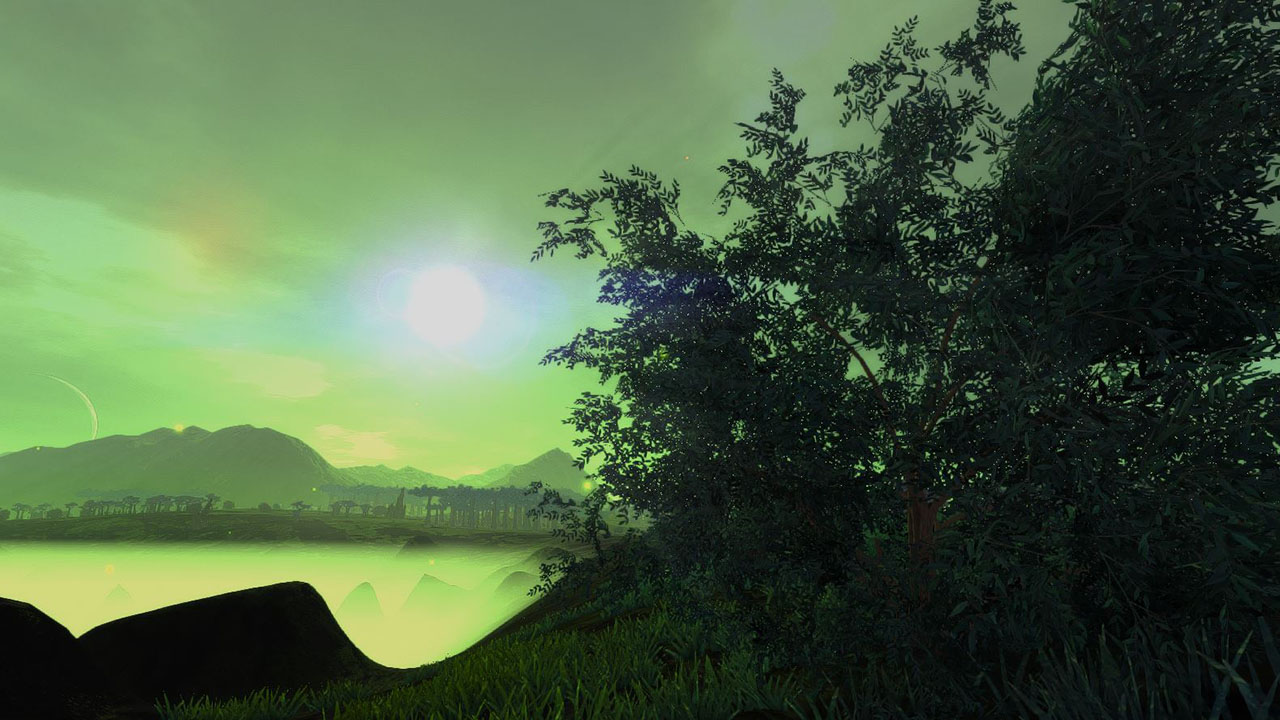 Features:
- Marketplace: Added textual filter and filter icons
- Added "Compress" button in Resume Game window. Reduces size of savegames by defragmenting files. Attention: Depending on the size of the savegame this can take several minutes!
- Added possibility to choose "Fullscreen Window"
- Enhanced Empyrion Launcher:
* Launcher now starts clients with a log file comparable to dedicated and playfield servers (so that the client logs are no longer overwritten on each start)
* Log filename timestamps now using UTC time to be enable to compare client and server times which may be located in different timezones
* Launcher now also starts dedicated servers (was necessary for UTC time stamp). We adapted cmd files to do so (however, you can still use your old cmd files). Example: To start a dedi with a custom yaml file:
EmpyrionLauncher -startDedi -dedicated MyDedicated.yaml (without graphics)

Optimizations:
- Added LODs for structures: structures appear if closer than 1000m on a planet and if closer 2500m in space => this optimization will have significantly performance improvements for playfields with a lot of structures. The LODs will be improved in future updates! (Note: both ranges are far beyond reach of turrets and weapons on both playfield types)
- Optimized fog on planets (Masperon / Aitis) and space as well as the underwater particles.

Changes / Improvements:
- Added better textures for resource meteorites
- Added new bush to Alien planet
- Explosive device cannot be placed with player drone any more.
- Changed display of block info for groups of blocks:
* the block group itself does not display mass or hitpoints anymore (as the per-block values are not identical within a group).
* the individual block info about mass, hitpoints and such, are given in the info-panel on the right. The info panel is displayed when hovering over an item in the expanded group overview (group overview = right-click when having equipped a block group like steel or deco in the toolbar).
- Added info on how to use color and texture tool in the info panel
- Collecting plants from Growing Plots now only gives 2x more XP than in the wild (before 10x more)
- Tweaked LODs of Raptor NPC to improve performance
- Improved shader on resource ores
- Improved Escape Pod: it now looks much smoother
- Tweaked Escape pod rolling behavior after landing (it should behave now more naturally on steep mountains and sticks now less to the ground). In addition, it should no longer stand on its top after landing
- Added "Apply" button for Video Quality options. Selected options are not set until "Apply" is pressed to avoid freezing
- Railing and Railing Slope (Walkway family) can now be placed on SV / HV
- Updated Tier 3 Stock Blueprint (Base): Thanks to Vexray
- Waiting until the deco is fully build up before entering a game -> please let us know if you encounter a situation where you are stuck in an endless loading screen
- Tweaks to volcanoes on the lava planet
- Tweaked shutter doors (rotated 180°)
- Slightly increased light intensity on lava planet.
- Tweaked shaders on many wild plants
- Tweaked texture on drill/filler/multitool
- Slightly decreased density of fog on Alien planet.
- Adapted position of retractable ramp positioning -> no gaps anymore
- Adapted position of door SV -> no gaps anymore