Okhlos goes to PAX South. The Steam Page is up. A new trailer is out. And eve more!

Oh man! What a week! We have so many things going on that I don’t even know where to start!

First of all, this weekend we will be at PAX South! 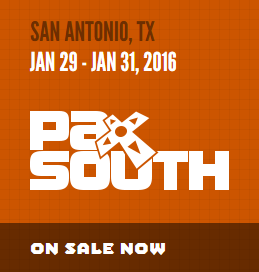 Our friends at Devolver Digital are going to take us to the lovely San Antonio, Texas. Sebastian already was on PAX prime, so now it’s my turn to travel! But that’s not all!

As one of the most amazing and bizarre-yet-on-topic promos ever, Devolver will be giving away their ENTIRE digital library of games on Steam to anyone demoing the game at PAX while wearing a toga!

As the fine gents of Devolver Digital put it:

Okhlos will be playable at the upcoming PAX South inside the Devolver Digital booth [12059] and any attendee that demos the game while wearing a toga or tunic will receive the entire Devolver Digital library of games on Steam.

You would have to be out of your mind if you don’t steal your mother’s drapes and run to PAX to play OKHLOS!

Remember, we will be at booth 12059, if anyone reading this is going to PAX, please come and say hi! I’d love to meet all of the people out there reading our mumbling!

And wear a TOGA!

The second order of business,

OKHLOS STEAM PAGE is up!

Now you can go to Steam an add Okhlos to your wishlist. Spam it to your friends and family! 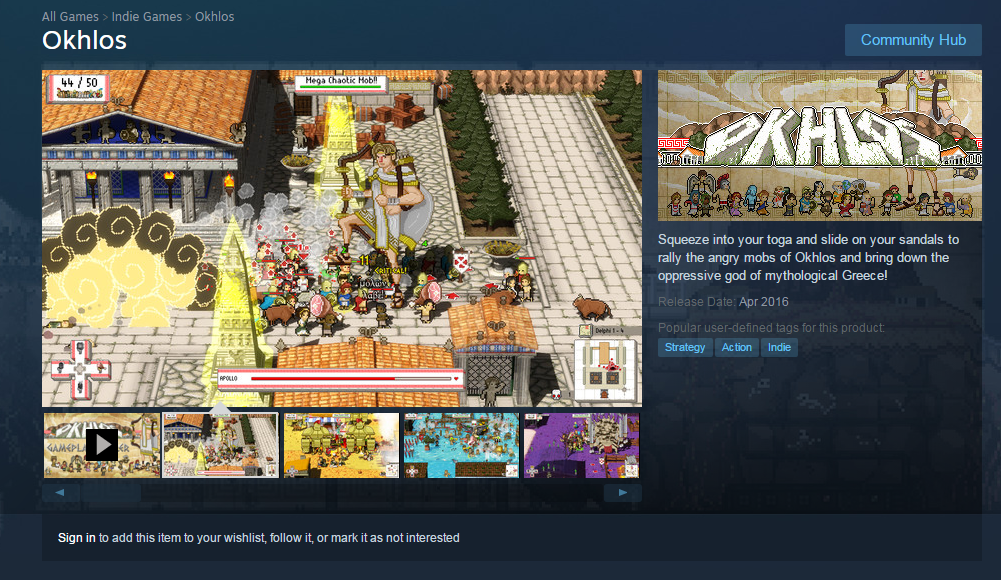 Link to the store to an amazing game on Steam

There are a few things that we’ve added to the page but they are not being shown. For instance, we have Full Controller Support, yet the web page refuses to accept our update. Same thing with Trading Cards. But you get the idea!

Also, keep in mind that the art displayed in the store page is not final. I have yet to do lots of promo art …

And along with the new Steam page, we have NEW TRAILER!

The trailer was done by the amazing Kert Gartner, who makes most of Devolver’s trailers. Working with him was an incredibly cool experience. Some interesting facts:

- In order for Kert to have enough clips, I captured 163GB of video.

- The reason they were so large was because all the videos were running at 60fps, 1080p.

- There were 217 individual clips.

- It took me an entire day to capture all the footage for the first iteration of the trailer. After that we had to capture a few more particular shots, which expanded the capture time over two more days.

- We had to heavy compress the videos using H264 in order to send the clips to Kert.

- We spent an entire weekend uploading videos to Box and Dropbox.

- We uploaded about 20gb worth of videos.

Because this is a devblog (sort of), a word of advice: As you can see, the most important part when you are working on your trailer, is having TONS of footage. You want to show different moments of the game, different aspects, features, etc. So you need footage. Maybe a 5 minutes clip of a boss fight ends being used only for 2 seconds, but when you are editing, you are working for the video as a whole, and you are gonna discard a lot. So don’t be afraid of using the scissors!

I ranted a long time ago about the peculiarities of doing an indie trailer here. After working with Kert, I can tell you that most of the things that I wrote back then are still useful.

If you can’t literally spend a week or two doing the trailer, just hire Kert (don’t know if he is taking contract work, though!).

Finally, on a more personal note, this week we bought our first font.

For all of my games and design work, I’ve always used free fonts, but for Okhlos we are using Dalek, which can be used free for non commercial projects. We were planning on buying the font a few weeks before the game was out, but we decided to do it now, mostly because the trailer uses it.

It feels weird to buy a font, mainly because you are buying the license. Is the kind of thing that people don’t put money into. On a high note, it also makes you think that you are a professional. It kinda resembles the first time I bought a digital game*.

On a tremendously cooler note, the Dalek was designed by Keith Bates, which was Eccleston’s (ninth Doctor) art teacher! How cool is that?!

And look at the hidden glyph! 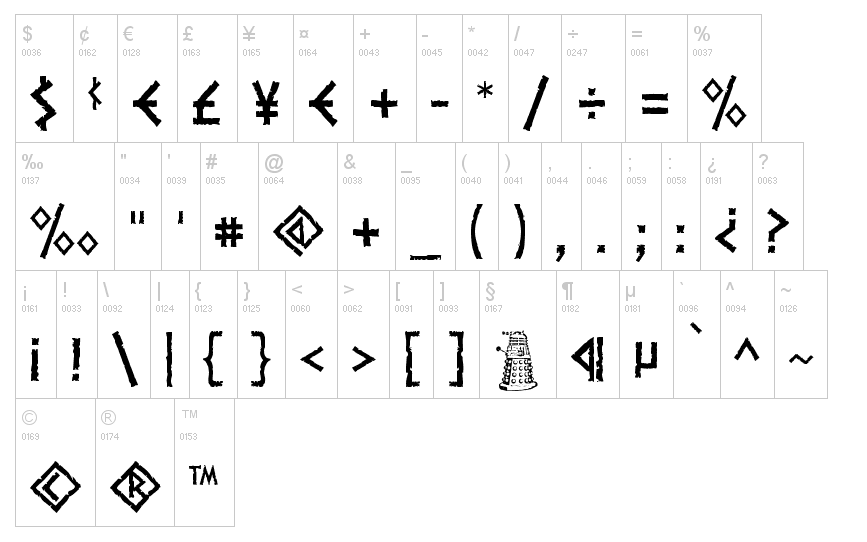 And finally, (for realsies now) this week we had two major milestones! First, it was the second anniversary that we started working with Gordonfor the sound and music of Okhlos! Give him a shout out to congratulate him about the awesome work he is doing! And secondly, this post is now the 101 post we did in our page! Cool! Right!? It would’ve been amazing if we noticed that last week, for the Hephaestus update, but we missed it and now we can’t celebrate our 100th post :(

Well, I think those are all the news we have for now! Remember to add the game to your wishlist and come to say hi if you are going to PAX!

* I had a hard time trying to recall which was the first digital game I ever bought. I think that was Scott Pilgrim vs The world. The game itself is fine, but the art by Paul Robertson is amazing. All my games before that had been physical.