This week, we are showing what gameplay updates we are working on and an update on our HUD. Find out more about our characters as well!

How's it going! We hope everyone is enjoying playing their favourite games this month!
So what have we been doing since our last update?

It's certainly been busy! So let's show you guys some videos and images!

If you haven't already, please subscribe to our Youtube channel. On there, you can see what we were doing in the past and how the game has come along!

So below the video shows you our new HUD UI. We had a base before, but it just didn't quite pop. This time, we've added some Greek elements to the bars. It feels a little more out there in terms of how it's looking. What we need to do now is see how it works with the environments. At the moment, the ultimate bar and energy bar is broken but we are working on getting this fixed. Want to learn more about what the bars do? Find out below!

Pandora is able to temporarily make the umbrella take on a new appearance that grants the player a separate set of abilities,that are only available from the weapon ultimate. Use of weapon ultimate is regulated by the ultimate bar.

Entering the weapon ultimate immediately refills Pandora’s HP and weapon ability bars, but more visibly, it gives the umbrella a style bearing the color and symbols of that ultimate. These changes can go so far as to grant dual umbrella wielding or different variations Pandora's Hope ability spells. Each umbrella can gain experience and levels up in a unique way while the umbrella ultimate is active.

The energy bar represents on screen how much energy the weapon has.
The weapon energy bar starts out as full. Performing energy attacks with the umbrella will cause the bar to lower until the bar becomes empty. The player can activate energy attacks by pressing the X button, the bar will change colour and start to deplete with every energy attack performed. Once depleted fully, Pandora will have to gain “stacks” to be able to fill the bar again to unleash her energy attacks. She gains stacks by attacking enemies successfully and gains more stacks when completing combos.
Each umbrella has a different type of energy attack.

In the next blog, we'll be talking about what kind of Umbrellas we currently have lined up in the game and we'll go into great detail with each one. Make sure to check it out!

So also in this video, we have our new Level Up gameplay element! With each level, the player will unlock:

This element certainly makes the game feel like its coming along more, so well done to our programmers Anton and Zandro for implementing this!

You might be also able to see we have added in some new attack moves rather then the basic attack we've had for a while. We've got some pretty cool animations for attacking, so I can't wait for it all to get cleaned up and working smoothly!

So next up is our mob animations! At the moment we need to apply the AI code to the sandworm, but looking at it in game is pretty awesome! The texturing will need changing on this sand worm slightly, but it's going to be great to add status effects to the player. Keep those antidote bottles with you!

Now let's meet another character from Pandora's world. This week were meeting Poseidon and Hades! They are probably my favourite characters aside from Pandora. Such different personalities and I can't wait to have some fun with them! 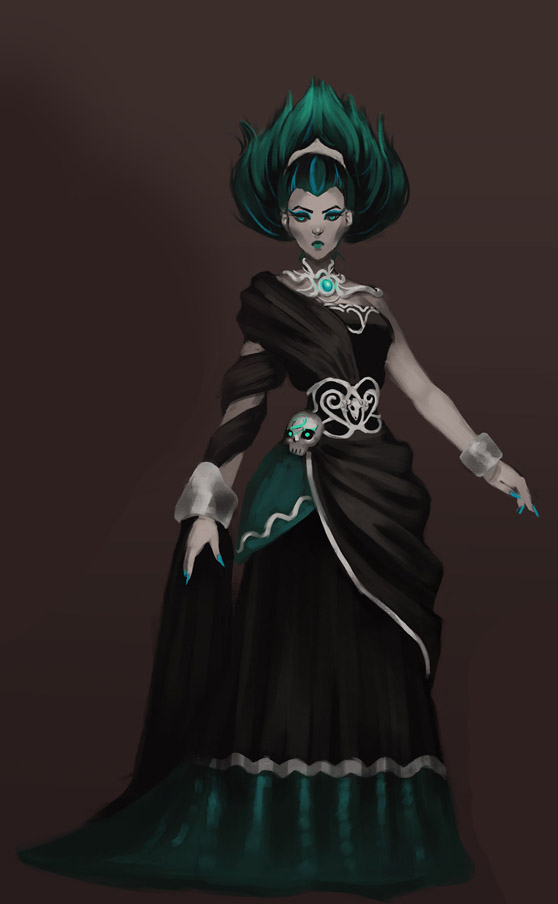 Though Hades once roamed Gaia alongside the rest of her siblings, the Great War taught her that humanity will always need balance. No matter what goodness they are capable of, so to are they capable of great evil--she had seen as much in the chaos proceeding the Great War.

Despite the kindness the other fool-hearted Gods show them, she knows that they need more than love to keep them in check. After travelling to find the 3 fragmented Umbrellas, she retreated to the Underworld and vowed to her brothers to punish those that have done wrong.

There she saw only evil, and thus slowly grew apathetic. She no longer cared whether the mortals lived or died anymore, only saw it as her duty to keep the bad ones in check--someone must. As far as she was concerned the race had doomed itself through foolish actions--it was clear where their actions would take them, and it was through their own idiocy that they had done them anyway.

She could have lived through the loss of her beloved Cerberus, but after the acts of those humans, her heart had turned to stone as effectively as if Medusa had looked it in the eye. Not only had her only friend sacrificed himself for the world, but the world had turned its back on him and spat on his memory.
No, the mortals held nothing for her now. If Cronus wanted to tip their world into destruction, she would let it slide... 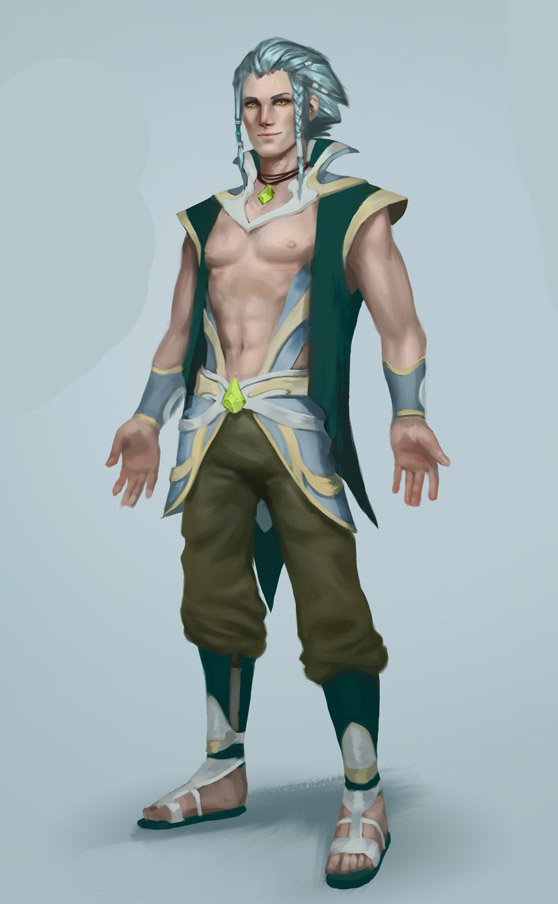 Poseidon’s past is dark, though you wouldn't know it by looking at him. Fun and jolly, Poseidon can be found doing the odd jobs around his home town, or interacting with the NPC’s after saving him.

Though one of the younger Gods, he fought the Great War alongside his brother, Zeus. He knows what it is to see death, know loss, and feel heartbreak. But he had hope in humanity, and faith in the goodness which lay within their hearts--though his sister couldn’t see it, he knew.

The humans had taught him that the meaning of existence was to live, and live well. Though their natures were worlds apart, they were not so unwise as his own kind presumed them to be, and so he had come to value their company over that of his siblings.
He has seen the ravages of war, known its devastation, and would rather not fight unless fate forces his hand. Instead, he prefers to find other solutions to resolve the world’s problems--though few can see the depth that lies behind his eyes, informing his judgement (only Zeus).

So that's it from us this week! Post your comments below of what you've been thinking so far. It really keeps us going! Don't forget to follow us on twitter and facebook to keep updated on our progress!

Take care, and keep on gaming!

been tracking this for a while now ,new vid looks great .
keep up the good work !

Aw thanks! Means a lot that we have continued interest in us. Hopefully, we can keep up the good work!

nice! i will track your game for now.
Keep up the good work!

Thank you, we appreciate it! We will :)