Today, let's look at some work we're doing on the painsaw.

The cheapest weapon upgrade for the human team, the painsaw stands apart from the other human weapons with ranged capability traded in for brutal damage up close. As the sole melee weapon utilized by the human team, the painsaw often sees usage in taking down undefended alien bases, taking advantage of its ability to shred through stationary structures with ease. In addition, the painsaw is useful in vents and other tight spots, where the lack of mobility for the alien opponent allows for an easier time in taking them down.

Concept work on the weapon has been done by the fantastic Alex B. O'Dowd, an artist on our team and the creator of many other concepts for us over the last few months. Initially, our idea was to have the weapon emit a small stream of superheated plasma, much like a modern plasma torch, but ultimately evolved into the design you see today with the vertical, rotating saw blade giving off a powerful discharge around it as it spins. Presently, the weapon is being modeled by Alex "Osiris" Jerome, whom you may recognize from his work on the marauder and the creep texture, as well as the upcoming dragoon model and the overmind. As the model approaches completion, expect more updates on it.

In the future we may rename the weapon, as we're interested in providing new names to things. One proposed name has been the plasma cutter, although there may be other applicable suggestions as well. What do you think? 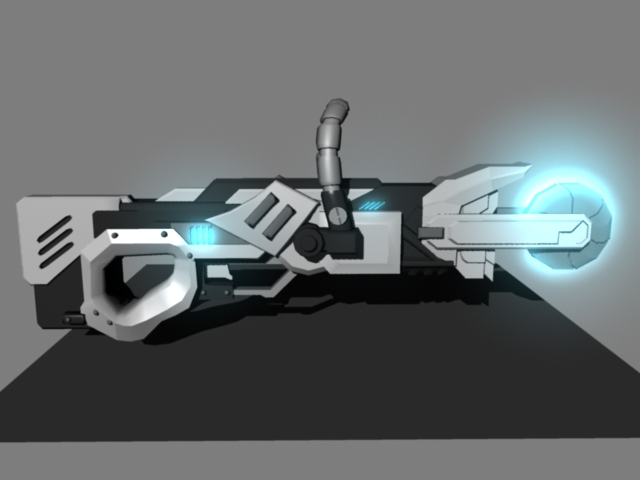 In my opinion, plasma cutter is too long. I think it is best to give weapons nicks instead of names. Anyway, I propose "Dissector".