Big changes are on the way for Into the Stars! Here's a look at what we have in store for Dec. 18th.

Since the game launched into Early Access this summer, we've received a lot of feedback concerning Combat and Shuttle Missions. It's clear that you all want more options along with increased control, and that's just what we aim to give you next week!

The target date for the upcoming patch is December 18th and we can't wait to show everyone what we've been working on! Here are a few of the things that you can expect to see in the next patch: 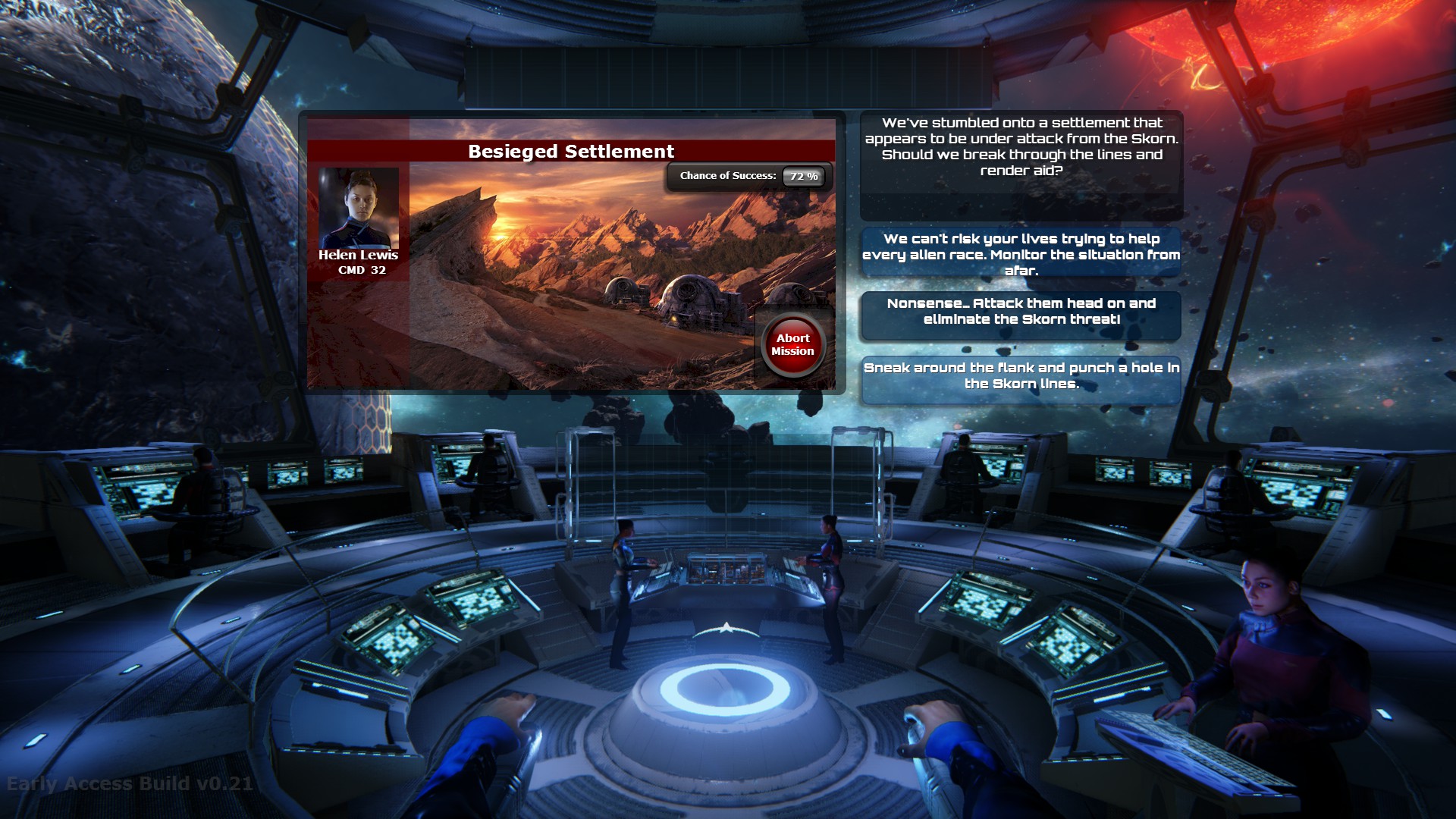 Away Missions are critical for any successful voyage and as such they'll need additional love to really shine. We've spent a lot of time refining them with a focus on giving players additional choices with every mission, and tying them with a unique outcome. These are the main elements of the overhaul:

Improving the Combat experience has been a desire of ours for some time, but it's a large undertaking and something we didn't want to roll out piecemeal. The feedback for Combat was all over the map, but with these updates we've focused on improving our core experience and addressing common requests. With the tweaks we've made and the expanded options soon available, the fight against the Skorn should be a much more balanced and dynamic experience:

And more! There's a lot in the update to see so make sure you check out our public Trello board to find out what else we're working on- Trello.com