It's been a very exciting couple of months since the release of version 0.8 with a lot of activity around the project. 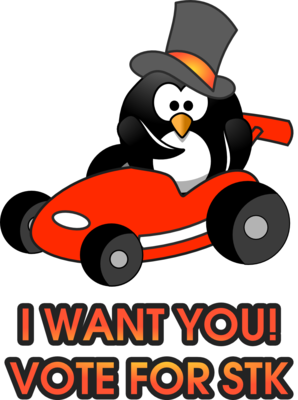 First, SuperTuxKart is a candidate for the March project of the month at Sourceforge. This is a huge honor and would a tremendous boost for the project, so please vote for us here Twtpoll.com.

Second, last month we were featured in Microsoft's IllumiRoom demo alongside Red Eclipse (another FOSS game) and Halo. For those who are interested, you can find the video in the last post. It's the second time STK has been featured in an unexpected place. The game has previously appeared in an episode of the show Friday Night Lights. The episode was critical of drug use and videogames, so downloads for the game probably didn't go up. I am not entirely sure why they chose a kart racer game over, let's say, postal 3, but licensing issues are likely to have played a prominent role in their decision. STK's permissive licenses mean, companies don't need to contact us before using it in media.

Onward to Development news
To try these new features out by compiling the latest source code from sourceforge page. Links are located at the bottom of the page.

New Peripheral Support: Wiimote
Funto is working on adding wiimote support via the open source library “wiiuse” Github.com. After 3 years it's finally coming together. Wiimotes now work on Linux and Windows (if you compile from the latest svn). It is not working on OS X yet, but Auria is buying a wiimote to try to get it working on her Mac. There are also some issues with tuning and steering that need to be worked out and we have not integrated support for motionplus, because only the external version was working. So wiimotes with motionplus built in will not work (older models will). We may add the motionplus functionality in later and we always appreciate help.

Game Tutorial:
Auria is developing a gameplay tutorials covering the core gameplay elements for new players. The tutorial takes place on a modified version of the track “Hacienda” and the player takes a single lap around the track. During the lap the game pauses periodically to explains things like how to control the kart, obtaining and using weapons and powerups, how to use nitro boosters and the skidding feature. 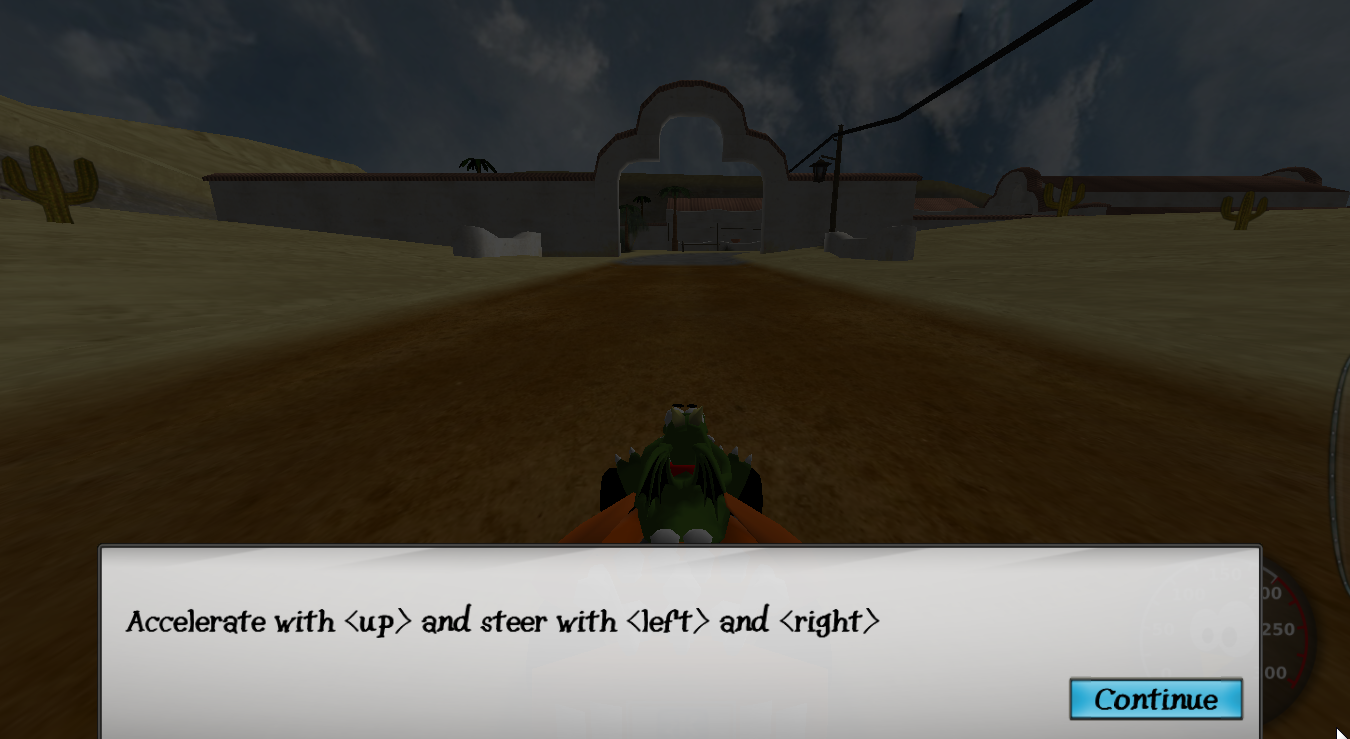 New Kart:
Betharatux designed a new kart for Konqi which looks amazing. Again, this is not the final version. 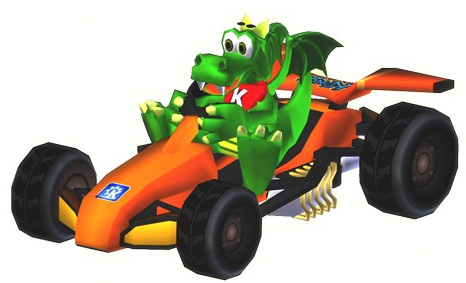 New WIP Game Mode: Soccer
Soccer mode is one of our developer funto's, pet projects. It's a multiplayer game mode where two teams fight to push an oversized soccer ball into the opposing team's goal. There is a test level derived from the Stadium arena. Currently, obstacles have been removed, but map makers could always re-add them. It's WIP, and the scoring system is not currently implemented and the system for making team's is still a WIP.

Other enhancements:
- Sparking particles now emit from the kart's wheel's while drifting. It's a welcomed addition. You can also compare Konqi's old kart (below) to the new one (above). 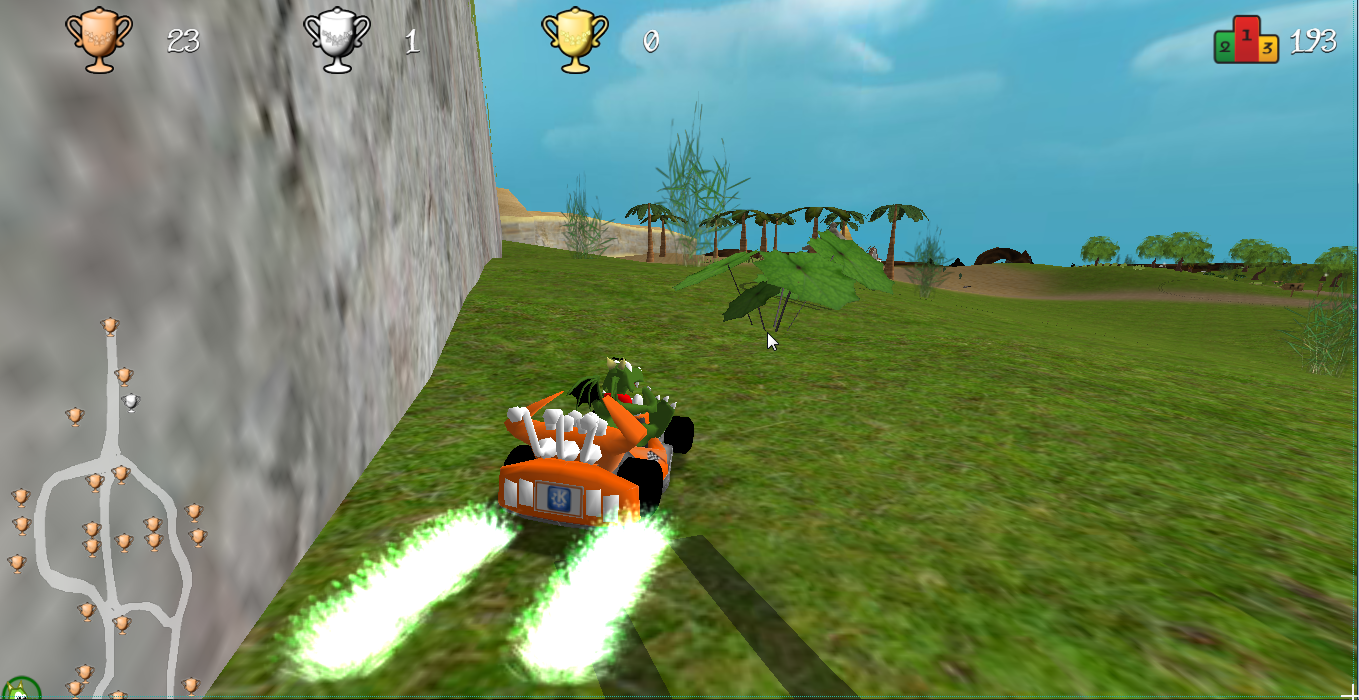 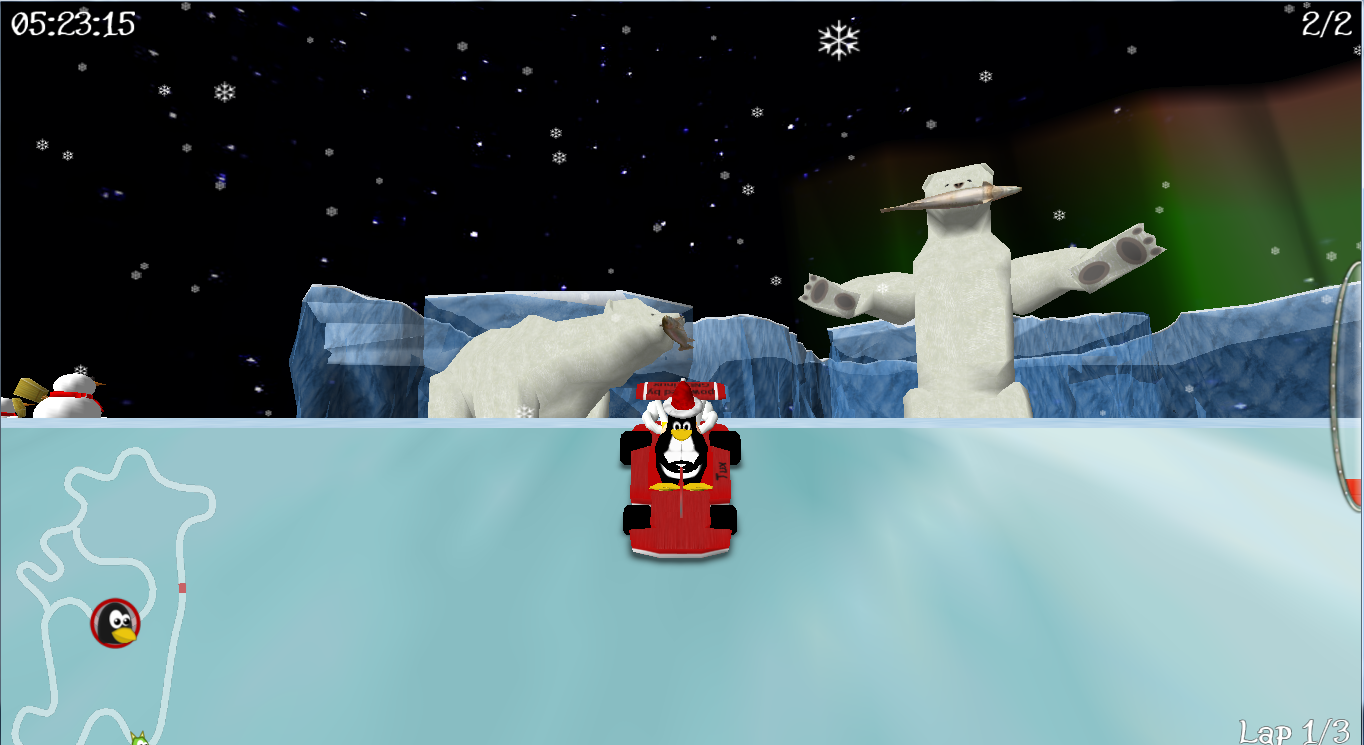 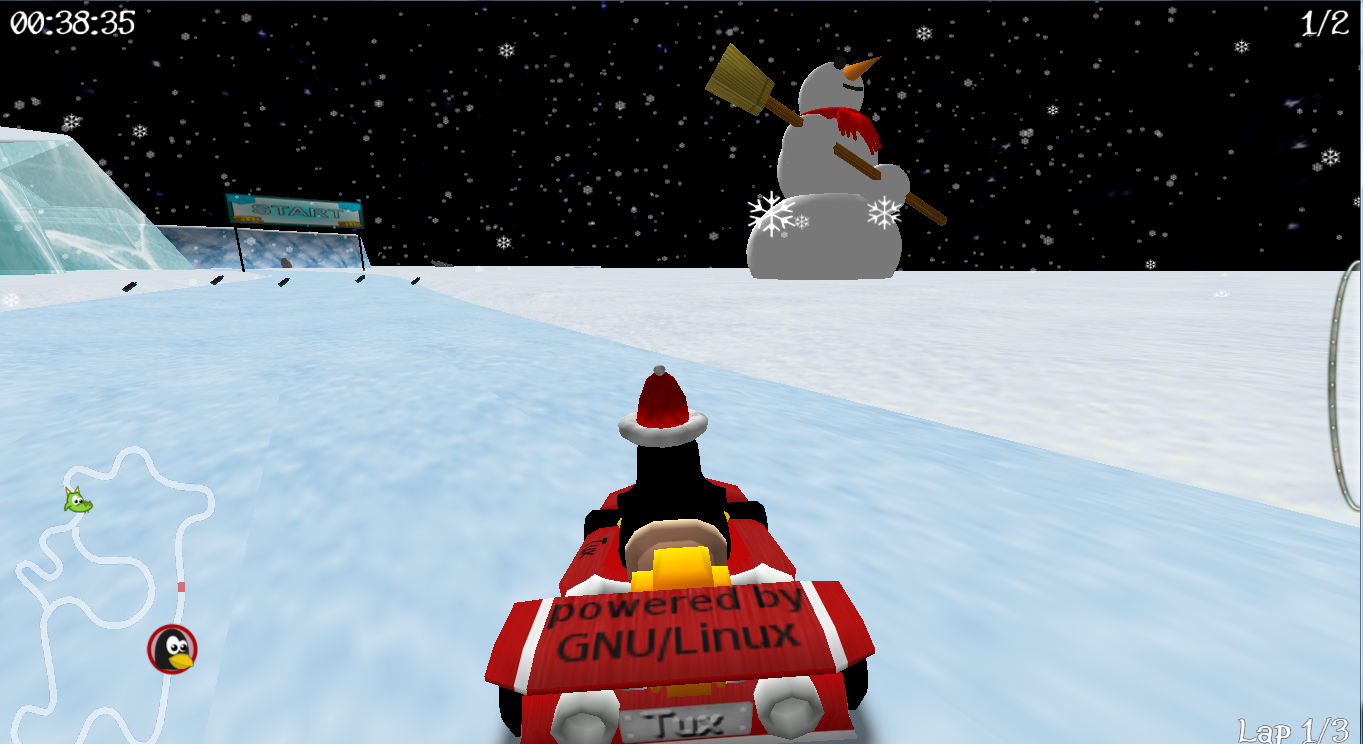 You can test all these features out today by downloading and compiling the latest trunk of the SVN, located here. Supertuxkart.svn.sourceforge.net

How to compile from from source (these pages are currently non-responsive for me at the moment, but will likely be back up shortly)
Supertuxkart.sourceforge.net

Wow, a lot of additions! The WiiMote support is an especially interesting one, maybe other projects see this and add it to their games as well, which would be kinda funny. Imagine the WiiMote finding a place on PC games^^.

I think that would be great.