Check out City of the Shroud's latest animation and abilities, come meet/greet the team at Insomnia 58, and we are happy to announce that pre-orders are live and come with access to in-development builds.

City of the Shroud is available for pre-order! We are hosting pre-order sales through BackerKit, where you can grab a Steam key with early access to in-development builds, as well as some of the digital and physical goodies, including the signed novel, from our Kickstarter campaign. Click the link below:

Pre-order sales help us to build a bigger, better game for everyone - plus, you get access to gameplay content before everyone else and can help guide the development of the game.

In other news, we have made some major progress on the art front, so I wanted to share some of the fruits of our labor! We’ve completed the Gunner’s animations and have put them in the game, along with all of her abilities.

Attacks in CotS use a combination of animation and visual effects to show each ability. During June, we were still in the process of getting animations and VFX set up, but now they’re pretty much ready to go. Since we have the Gunner’s animations fresh off the… animation software, I’ll run you through some of the new ones (and some of the ones that make way more sense now)!

They’re not all tuned yet, meaning the timing on some of the movement and visual effects may be a bit off, but I figure: why wait?

Dynamite: throw a stick of dynamite that deals damage to adjacent tiles after a set amount of time. The danger indicator is new too (and placeholder)!

Buckshot: The opposite of Snipe - deal more damage the closer you are to the target. Can be combined with Scramble and Parting Gift, which deals damage to adjacent tiles when you move away, for an in-your-face playstyle.

Aim Down Sights/Scramble: when the Gunner has certain buffs active, like Aim Down Sights or Scramble, she will take on a unique idle animation until the effects wear off.

Staggering Shot: deals damage and removes a dodge buff from the target, dealing bonus damage if it does (dodge buffs negate an opponent’s yellow gem attacks).

Vault: Jump backward one tile and deal damage while you do it! Great for getting out of melee range and making the opponent pay for it while you do. Works well with Magnetic Mine.

And finally, Spray and Pray: shoot 21 times, spreading the damage across all tiles adjacent to the target.

We’re really happy with how the animations turned out and can’t wait to let backers play with them!

Those of you with keen eyes may notice some slight graphical improvements to the game as well - hopefully you like them!

We’re about ready to roll out the new character class abilities for testing to our Noble-tier and higher backers. We have a bit of tweaking to do before we do (we want you to be able to just get them instead of having to fight random battles until they drop, for example), so as soon as that’s all ready, we’ll be rolling out a new test branch on Steam.

Last but not least, City of the Shroud will be going to Insomnia 58 from August 26 - 29 at NEC in Birmingham, UK.

If you’re going, come by and say hi - we’ll have a (hopefully VERY) updated version of the game on display!

I also want to give a big thank-you to Charlie Ewing, creator of Flow Point, and Liz Henwood of Sock Thuggery for showing City of the Shroud at Games by the Sea at Develop, where they were showing off local indie talent! We weren’t able to go to the event this year ourselves, but our friends stepped in to help us out. The game went over really well, and “lots of people played it for a really long time,” which of course is a good thing!

Finally, here’s a sneak-peek of something we have coming down the pipe soon: 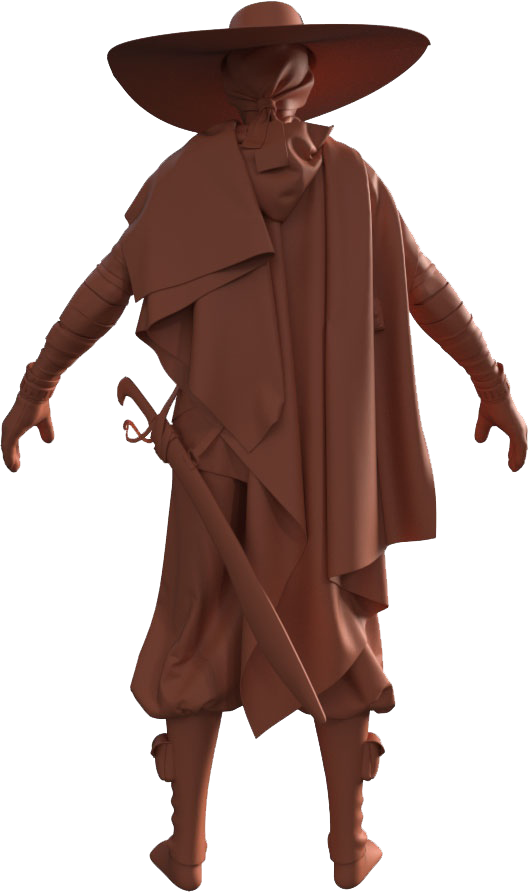 Thank you all for the support, and we can’t wait to get the game out to you!

PS: We’re thinking about setting up a Linux testing build to see if we can add it as an official platform. Wish us luck, and please let us know if you’d be interested in checking out whether it works!