Hello there! As you might have noticed, there has been no Friday diaries during the last couple of weeks. So I decided to write this casual update now, to tell you guys what's going on.

We've assembled a small team of testers, consisting of our friends and fellow gamedev people. The main purpose of this test team is to comment on the gameplay in Kalaban, and to give feedback about the features. The really detailed bugstomping and playtesting comes later, at the very final stages of development, when all the assets and scenes are in place. 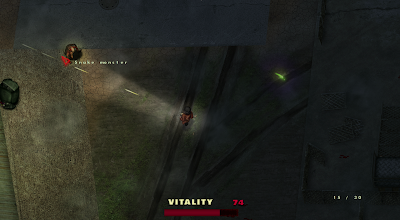 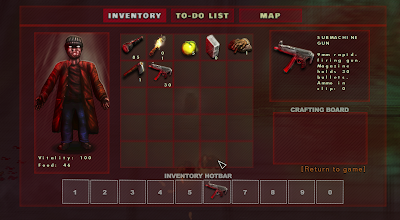 Currently I'm adding new quest-related items to the game, and scripting story stuff for the gas station scene. We already have three talking NPCs in the game, with correct graphics and all. The main quest is still a bit hazy, and we need to work on that. One of the features still to be fully implemented is the "To-do list" screen, which keeps track of all your story progress.

I've recently added the cultists as an enemy into the game, and also revolver and submachine gun as functional weapons. We still have no player animations on those, but the code works just fine. When you have multiple things working at once, the playtesting gets a bit more complicated. Now it's about making sure that the inventory works, all the enemies work together and all the scripting and dialogue in the scenes also work. The only way you can get these things working is to play the game... a lot! 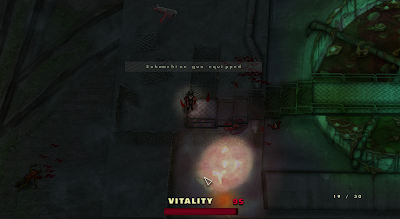 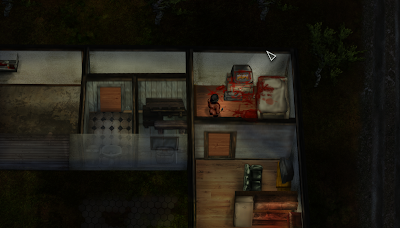 We're gonna work on the story and bugfixing for a while now, so there won't be any completely new environments in the coming updates. There is no set deadline for getting all the scenes working in the game, but we've estimated that the game in itself will be completed during Q4 2016. Since we're an indie team and practically working for free, we can't promise any hard dates.