New feature on Kelgar: Dev Diary posts! Members of our team will be posting developer's diaries here; read them to see sneak peeks of what's happening, what goes on inside our heads, and how Kelgar is progressing. This week: Filasis Nome, concept artist

I'm Filasis, the concept artist for Kelgar. I do inspirational images, design characters and assets, and whatever else Kelgar needs me to do.

So.... we're doing something new here on Kelgar. Lately we've let the public part of Kelgar fall silent while we concentrate our efforts on making it awesome---but we don't want people to forget about Kelgar! That's why I'm writing this. Every week, we're going to have a team member write a developer's diary about what they're doing on Kelgar.

I'm a traditional artist; I prefer to capture the essence of an idea rather than blow someone away with intricate detail. I see beauty in the dark and twisted; the shadows talk to me in my dreams and whisper in my mind by day. ;) I'm kind of the unofficial second-in-command on Kelgar.
Kelgar is actually my first *real* project as a concept artist; with 10 other core team members who use my art for inspiration and direct reference and a really cool game being squeezed out of our collaboration.

Kelgar is an awesome project. As an indie team, we have considerably more freedom to experiment and try new things in our game; expect a few surprises.
I'm not going to give too much away, but I will say that Kelgar is a open-world indie RPG with a unique storyline (no scantily clad female archer sidekicks and gem-swords that save the world, we promise!), large enough to be a satisfying epic adventure, but small enough that we can polish all of it, and with a very beautiful and interesting world to explore.
I like working with people from so many different cultures--German, Dutch, Slovak, Portugese, and American. I'm the Canadian on the team :)

About my work on Kelgar:

I like to listen to dark and disturbing music while I draw---Alice Cooper, Evanescence, Avenged Sevenfold, Disturbed.... not that my art is all dark, it just keeps my happy juices flowing :D
I draw many different images for my assignments; usually I submit about half of them; the development team gives me feedback and narrows it down some more; and then I draw more concepts based on the ones they like. This repeats until we find a design we like; if it was a rough sketch that got the final nod i draw a more refined version of it. Sometimes an initial concept is used as final reference; sometimes the feedback/art loop repeats over and over. 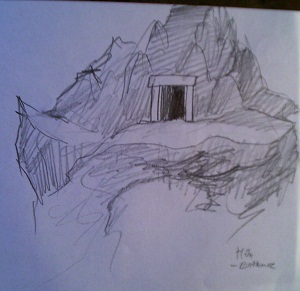 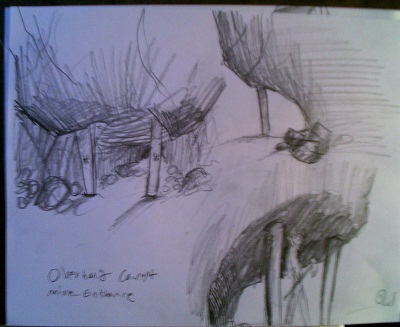 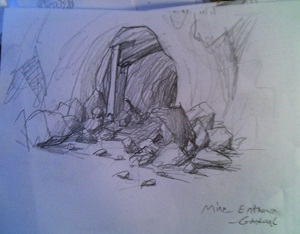 different concept for the entrance to the mines

I also wear many hats; I've helped write news posts, sculpted a large clay model of Kelgar (check my IndieDB profile to see that), reorganized the forums, and it ended up being my story spark that was turned into the main storyline. :) I was one of the first handful of people hired to work on Kelgar.

Clay model of the game world

I work closely with our captain, Kddekadenz; Kelgar is his vision and he makes sure everyone's efforts are where they need to be (and he also does most of the programming for Kelgar).

Kelgar is a labour of love for me and everyone else working on it; once it's finished and my utterly chaotic life has settled somewhat, I'm hoping to find some paid comissions with the experience that Kelgar has given me.
Currently I'm doing concept art for some buildings in Ridaz; and I'm about to dive into some character designs now that we have modellers who can rig and animate. 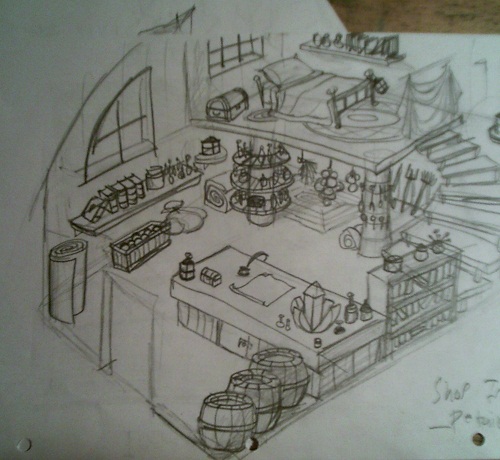 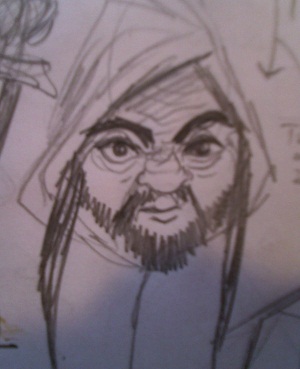