New enemy revealed in Pankapu : meet Slap ! You'll have to use your shield for this one! What do you think of him ?

Hello everyone! Today, we have a little update for you! Pankapu will have many enemies throughout his journey... And here is one of them!

Do you remember the end of the second Omnia Express ? … What ? You haven’t seen it yet ? Unacceptable! You must fix that, right here, right now!

As I was saying, a few weeks ago, we showed you a small video of Pankapu getting grabbed and thrown by some mysterious monster… Today, that monster has decided to show himself in public!

Let me introduce you… the Slap!!

Slap’s comment : It’s about time! Finally! I’m not supposed to be a meme!

I’m pretty sure the first question that comes to your mind is : “But how this nice (he is!) little monster came to be this way?”

As you know, Pankapu’s Bravery Aegis bears a shield. We then had in mind to create an enemy that forced the player to use that shield.

We didn’t want a monster firing projectiles, since those can be dodged by jumping. We hence needed a monster directly hitting the player, and if the player doesn’t use the shield to protect himself, he’ll take some damages. We thus thought to create an imposing monster, with limbs directly attacking the player. And if Pankapu doesn’t use the shield, he’ll automatically take some damages.

What are you talking about ? The player doesn’t need to use the shield! I promise, I’ll be very nice with him! 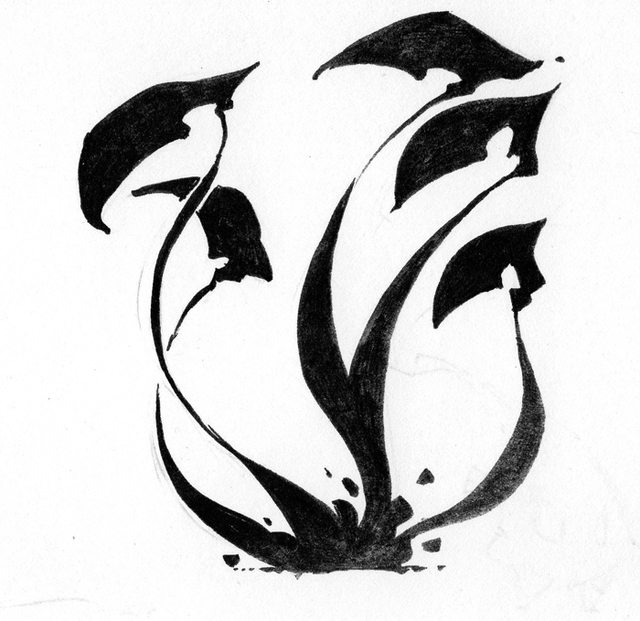 In this early concept, we already had the idea of a static monster being able to easily move its limbs to attack Pankapu.

Mouhahaha, I loved those sharp limbs! 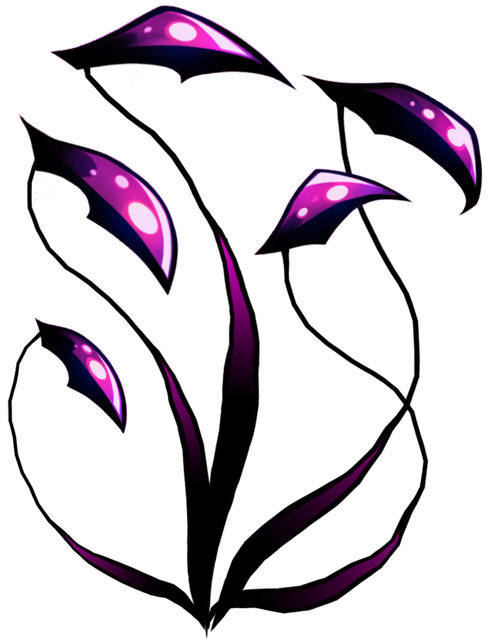 Here, Slap is covered with purple and black colors, typical of nightmares trying to invade Omnia.

What can I do ? You have to be classy as a bad guy! 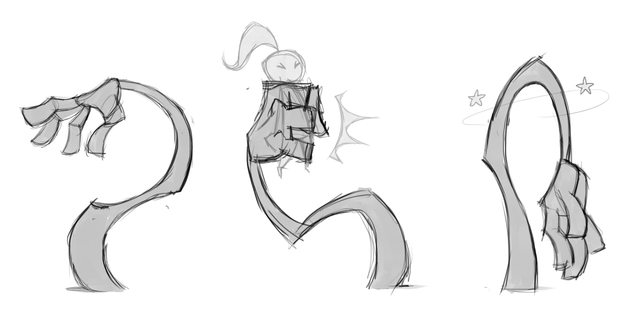 On this picture, you can see an important change compared to the first concepts. Indeed, rather than creating a monster that could simply attack the player with blades, it was more interesting to create a monster that could not just attack the player, but grab and grasp him (not friendly, unfortunately…) and then throw him. This allows the enemy to completely differentiate from the other nightmares. However, if the player uses his shield to protect himself before getting attacked, the Slap will be stunned, which will allow Pankapu to kick his ass! (Pankapu might be little, but he’s strong!)

Strong ? You’ve got to be kidding me ! I’ll destroy him!

Now that Slap’s final concept was found, and that we had in mind the way Slap would attack Pankapu, we now needed to create fitting animations and assets.

Of course you need animations and assets! I’m not an inanimate statue!

The tentacle basis was kept, but we improved it thanks to the hand. Quite practical to shake hands, grab salt or… a Pankapu! 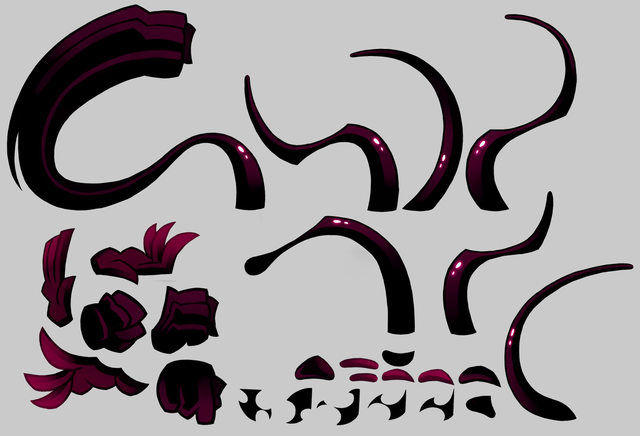 But… How can such a big monster hide ? It doesn’t seem happy at all! You bet I’m not happy!

You know what it’s like to live underground and wait for a hero to come ?!

Here, Slap is now animated! The idea of an imposing monster attacking Pankapu is present. Slap might be static, it’s nevertheless strong! Pankapu will have to use tricks in order to destroy this monster…

Look at this moves, this agility… Pankapu will never be can’t compete with my class!

Now you know a little bit more about “Slap“! An enemy that could be very dangerous! Your shield will be more than necessary when you face him, for you will not only be protected against its attacks, but in addition to that, Slap will be stunned by the shield… This will be the moment to show him what you’re made of!

It’s so unfair! Let me say this one more time to be clear: I HATE THIS SHIELD!

That's all for today! What do you think ? Do you like him ? Tell us!

All the Too Kind Studio Team

Cool design and nice to see something to use the shield mechanic for. It certainly will take switching to deal with like some other monsters do. I think that could end up being a good way to handle things, but there are other ways too.

One thing I do fear is fighting this enemy will be a mindless task. Something that isn't a decision, you just do it. It kinda seems like this enemy is designed to do that. You don't make a decision in how you fight it, you just do the way it's intended to be fought.

I hope that doesn't become the case and you use it in a very careful and well-planned way.

Part of what makes a skill-based game fun, in my opinion, is the many different ways the same problem can be tackled and thus allowing the player to tailor it into their own playstyle.

First : We have put this enemy in very specific places in the levels. So, it won't be a mindless task to kill it, believe me :)

Second : When we first designed the Slap, we needed an enemy that had the player use the shield. However, that's not the ONLY way to fight it. If you played the demo, you may have noticed the special attack (when you launch your sword, using the Y button). But, that special attack is not available right from the start. So, the only way to defeat this enemy at the beginning of the game will be to use your shield. But that won't be the case during the whole game :)